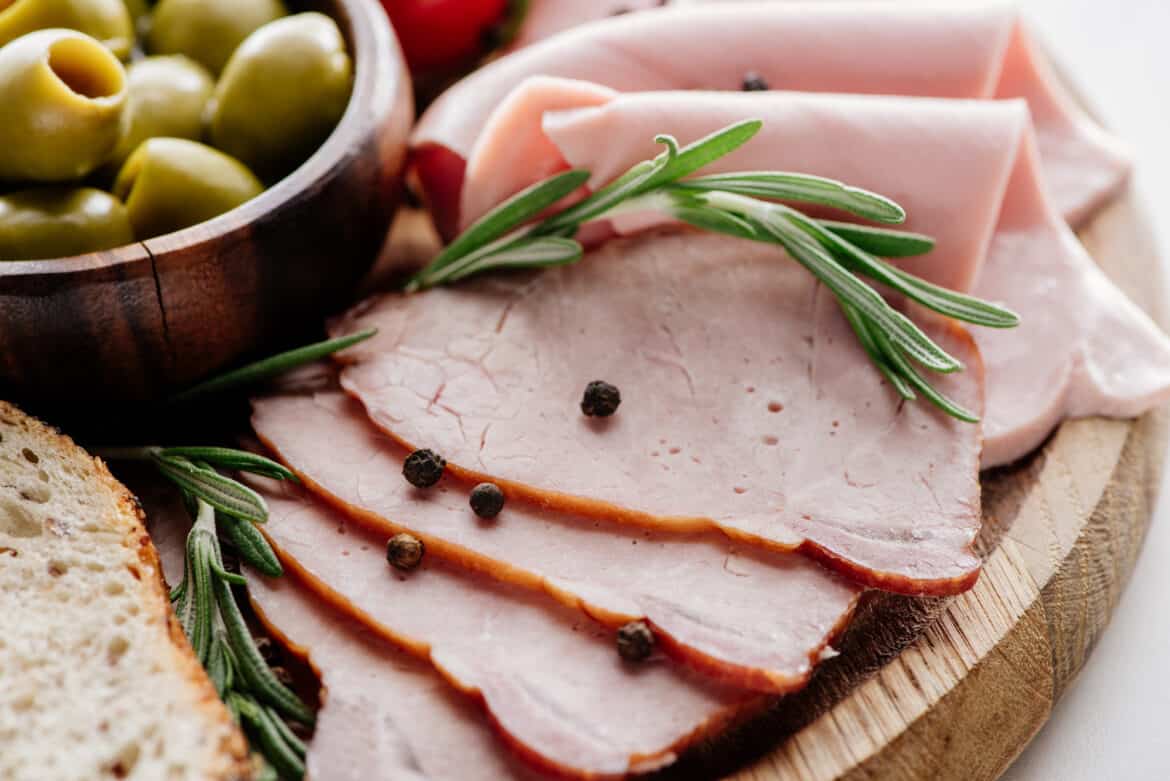 Uncured ham seems to be one of the great mysteries in the food community. And don’t worry, you’re not alone if you don’t know exactly what it is — it took us a while to learn the exact differences too!

But is uncured ham cooked? Uncured ham is completely safe to eat regardless of whether or not it was cooked with heat. The heavily salted brine alone is enough to create a safe inhospitable environment for bacteria to grow on. You can enjoy uncured ham knowing it doesn’t contain any chemical additives or preservatives.

Today, we will dive deep into this peculiar meat cut and explore exactly what it is, how it’s made, and how it differs from cured ham. We’ll also go into more depth on some proper handling and storing techniques you can benefit from!

What Is Cured Ham?

We thought that it would be better to first discuss what exactly cured ham is. This will help you immediately understand what uncured ham is and why many people actually prefer it!

So, curing is a technique used to help preserve food while simultaneously flavoring it. There are a couple of different ways you can do it. The most common two include wet curing and dry curing.

During the process of wet curing, the ingredients are placed into a brine (a solution of salt and water with seasonings). But, if you dry-cure a product, you have to rub a dry cure directly onto the surface of the meat by hand.

The goal of these methods is to extract as much moisture as they can and create an inhospitable environment for bacteria to grow on or in. The meat is then dehydrated in a smoker (which adds more flavor) or an oven.

Now, when the ham is commercially cured, the manufacturers inject a chemical mixture directly into the meat. This mixture contains ingredients like sodium phosphate, sodium nitrate, sodium erythorbate, and potassium chloride.

Cured ham is completely safe to eat thanks to the salty brine and high smoking or cooking temperatures. So, there is no need to cook a cured ham.

What Is Uncured Ham?

So, what about uncured ham then? Unfortunately, there is a massive misconception regarding uncured ham in the food industry. In reality, it is far better than cured ham. But why? Isn’t it, well, uncured?

Uncured ham is technically still cured, but it skips the chemical injection step. For this reason, many consider it to be a far more natural curing process than the above-mentioned. And we couldn’t agree more!

It uses traditional and authentic curing methods that, in our opinion, produce a much better flavor and color of ham.

What Is The Difference Between Cured And Uncured Ham?

So, just to summarize, cured ham and uncured ham are virtually the same things. The biggest difference is exactly the way they have been cured.

Cured ham is made with a chemical injection that adds the brining solution, flavor, color, and often smoking essence too. The meat is then dried inside an oven or smoker.

Uncured meat contains no chemical additives and can be made with virtually only salt and water. That’s all you need! The process does take a lot longer than making cured ham, but the final result is much better for most people.

Cured meat does taste good; however, uncured ham has a much more meaty, fresh, and umami flavor profile. And, if you use a flavored brine (wet or dry), you can pick up the spices a lot better.

Furthermore, the smoky flavors you get from properly smoking uncured ham are a lot more authentic and prominent than the smoke essence injected into many cured ham cuts.

So, Is Uncured Ham Cooked?

Uncured ham is still cooked, even if it has been cold-smoked instead of cooked with heat. The highly salted brining liquid is enough to kill and deter any micro-bacterial growth.

Biltong is a popular South African dried meat delicacy that has been cured in a salty and flavored brine. After it has cured for a sufficient amount of time, it is simply hanged and left to dry. At no point is heat applied during this process!

Many uncured ham cuts are made similarly. But, while they aren’t technically cooked, again, they are completely safe to eat.

Then, you do get uncured ham that has been subjected to high temperatures during either drying or smoking. Both of these methods use a high enough temperature to dry and cook all bacteria potentially still present.

So, the bottom line is that uncured ham isn’t always cooked. But, it is completely safe to eat.

What To Look Out For When Buying Cured And Uncured Ham

First and foremost, if you do decide to buy cured ham, look at what additives are in the product. Avoid any ham with sodium nitrate. It is usually stated on the label since is an ingredient that has drastic potential health risks.

Nitrates are converted into nitrites in your body. And nitrosamine is a type of carcinogen that can cause cancer. Uncured ham, which doesn’t contain this additive, is much safer to eat in reality.

And, even if some of the ingredients in a natural curing mixture (like celery) contain nitrates, the naturally occurring vitamin C prevents it from converting into a carcinogen.

The only other things to look out for on the products themselves are mold and the generally printed expiry date.

Even though the meat has been cured, there is always a chance that mold can eventually grow on it, especially if it hasn’t been stored correctly.

And, before buying any cut of meat, cured or uncured, always check the expiry date. Usually, these cuts are quite big. And, while they do last a while unopened, that clock runs down pretty quickly after opening or cutting.

Can You Cook An Uncured Ham?

Again, while it isn’t necessary to cook uncured ham, you still can if you’d like to. Many people simply do it to inject more natural smoky flavors.

The first option is to simply place the uncured ham inside an oven. Reheat it until you are happy with the temperature and internal texture. Once cooked (with heat), you can either serve it warm or allow it to cool and chill again.

The second method is just as simple, but takes a lot more time. You can place your uncured ham inside a smoker and leave it for several hours. Just remember to properly prepare and wrap the meat if needed!

How To Properly Store Uncured Ham

If at all possible, leave your uncured ham cut wrapped in its original packaging. If not, you can always re-wrap it in new plastic wrap. Make sure it is tightly wrapped to prevent any oxygen from drying out the cut.

For added protection, you can place the wrapped cut in an airtight container or re-sealable plastic bag.

Finally, you have to place the wrapped meat inside the fridge. Always try to put it in the coldest section, which is usually the back of the fridge.

Avoid storing sliced meat as it will dry out a lot quicker than a whole piece. And, always check that your fridge is cold and doesn’t fluctuate in temperature.

Uncured ham shouldn’t be stored for longer than 5-6 days in the fridge. Once it’s cut, it’s best to eat or use it within 2-3 days — the USDA actually recommends using it within 3-4 days at the most.

Uncured ham will spoil a little faster than cured ham because it doesn’t contain chemical additives (which function as preservatives).

But, you’ve got to pick your battles. Do you risk cancer with sodium nitrate, or simply eat the uncured ham quicker (or buy smaller portions)?

How To Tell When Uncured Ham Has Gone Bad

First things first: do not taste test uncured or cured meat (any meat for that matter) to see whether or not it is still good. You can ingest some very harmful bacteria which can cause serious food poisoning.

Meat is highly perishable and if you have the slightest suspicion that your meat is off, rather discard it safely.

If you see any discoloration on the surface of the meat, it’s best to discard it. It can either have greenish-hue, black, brown, or gray spots. Fresh, uncured ham should have a pale pink and beige color to it.

Then, the surface of the ham should also be dry. Not bone-dry, but it shouldn’t be very wet, moist, and obviously not have a slimy layer on it.

And finally, if the ham starts smelling a little funky, it usually means it is funky. Never eat off-smelling meat!

Cured Vs Uncured – What’s The Difference?

What Are Uncured Hot Dogs?

Can You Eat Pepperoni Raw?

What Does Uncured Mean?

Coulis Vs Compote — What’s The Difference?