Home Foodsguy Havarti Vs Gouda — What’s The Difference?
FoodsguyThis vs That

Havarti Vs Gouda — What’s The Difference? 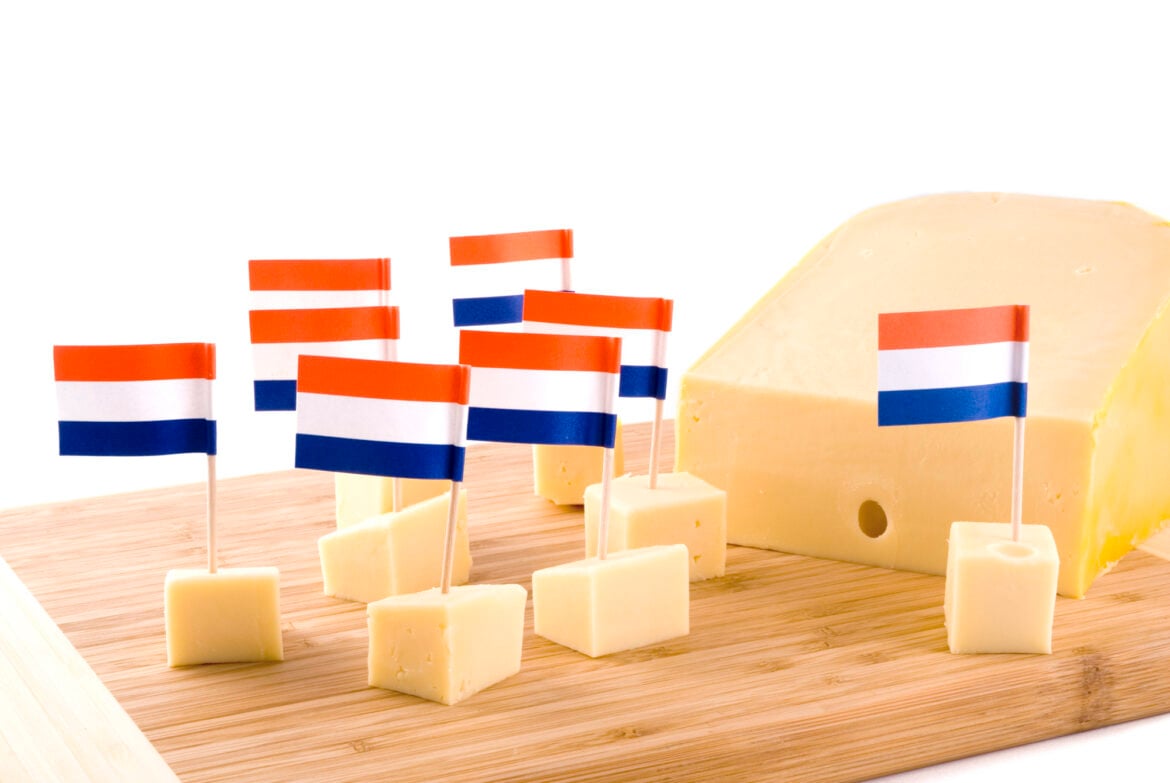 When it comes to the most smooth, buttery, and tasty types of cheese, you will often hear Havarti and Gouda are some of the top contenders. But are they the same? What sets them apart? And most importantly, what do they taste like?

Read below to learn more about both these delicious cheeses, how they are made, how they differ, and the best ways to eat them!

Gouda is a traditional cheese that has been around for centuries. It is a classic semi-soft cheese that is made from goat, sheep, or cow milk.

Gouda is named after the city where it was first sold and popularized. It was once iconically sold on the streets during summer seasons and became an instant hit around the region!

Today, Gouda is one of the most widely consumed cheeses in the world and is available in many varieties. We will be focusing on its traditional recipe as it will best explain the difference between Havarti and Gouda.

How Gouda Is Made

The journey of Gouda begins at the farm where grass-fed cows are milked — this fresh milk is then immediately sent to a nearby cheese-making factory for further processing.

While traditionally Gouda is made from cow’s milk, some artisanal cheese makers may also use goat or sheep milk to slightly alter the overall flavor and texture of the cheese.

It is important to note that Gouda can be made with or without pasteurized milk. Some traditional cheese makers use raw milk because it lends more flavor to the cheese, but it isn’t unusual to find Gouda made from pasteurized milk.

The milk is poured into a large mixer and an enzyme called rennet is added to it to start the curdling process.

The rennet separates the whey and milk solids, which then clump up together to form large masses. The milk solids are then cut into cubes and the whey is discarded.

Now, the following step is important because it is the only big difference between making Gouda and Havarti!

For Gouda, the milk curds are washed with clean warm water and then added to a mold. The mold is then closed with a weight over it to push out excess liquid in the milk solids.

But in the case of Havarti, the milk solids are washed with salted water before they are put into molds, we’ll discuss this in detail below.

After some time, the newly round-shaped cheese is taken out of the mold and is then dipped into a salt bath where it can spend anywhere from a day to several days, depending on the size of the cheese.

Once the traditionally prepared Gouda cheese has been brined, it is then aged for 9+ months in a wax coating — and after the aging process, it is ready to be eaten!

The flavor of Gouda cheese is quite creamy, milky, and buttery with sweet and tangy undertones.

The cheese gets its tang from the heavy brine bath, but it can be difficult to detect its tanginess, especially when you mix Gouda with other ingredients.

Aged Gouda has a much more pronounced flavor — this aged cheese is also known to take on a nutty, caramel-like flavor that resembles butterscotch.

Overall, Gouda is an excellent mild-tasting and subtly sweet cheese that can mix well with a range of different foods!

Gouda is a semi-soft cheese, so you can expect it to be very smooth! It has a slightly buttery texture with just a bit of resistance.

An important note is that the texture of Gouda can also depend on how long the cheese is aged. Young Gouda has a particularly creamy texture compared to aged Gouda, which can be a bit firm and dry due to the loss of moisture.

Gouda can become pliable when warmed up, which makes it easier to spread. It is also considered to be an excellent melting cheese!

Gouda can be enjoyed on its own or with several sides. Typically, Gouda is added to mac and cheese. It can also be used to make cheesy soups, mashed potatoes, sandwiches, and much more. It’s also a popular topping for salad or chili!

Since this cheese has a very agreeable and mild flavor, it’s a popular addition to charcuterie boards. You can also enjoy it with a simple (but classic) combination of crackers and wine for an easily enjoyable night in!

Havarti is a Danish cow’s milk cheese that is a relatively new invention compared to other cheeses.

Its production only started during the early 1900s, but it didn’t take long for this cheese to steal the limelight!

Known for its creamy and buttery flavor, Havarti is perhaps one of the mildest tasting and sweetest cheeses out there. Its flavor and texture are usually compared to butter and it is made using almost the same method as Gouda.

Havarti and Gouda are very similar, but differ in how they are processed — remember that one step we talked about earlier?

How Havarti Is Made

Havarti follows the same production process as Gouda, except that this cheese is predominately made from pasteurized cow milk and uses a “special ingredient” that gives it its unique buttery texture.

Well, it’s not so much the ingredient that is more important than the timing of when it is added.

Just like Gouda, Havarti begins with pasteurized milk that is curdled using rennet. The curdled pieces are collected and the whey is discarded.

Here’s the difference: during the warm water washing process, cheese makers add salt to the bath. This essentially stops the lactic acid-producing bacteria from processing the cheese further.

Once the curds are washed, they are then put into molds, which allows for the excess water to drain out of the cheese.

Havarti typically doesn’t need to be brined in salt because it already contains sodium, but some cheese makers give it a quick salt bath to form a crust around the cheese, which helps keep bacteria away.

The cheese is then aged for about 3 months (instead of 9+ months in the case of Gouda) before it is ready to be used.

Havarti shares a lot of the same flavor points as butter with added sweet notes. It has a distinct creamy flavor, much like Gouda, except that it doesn’t share the same tanginess.

Please note that the flavor of Havarti may depend on where you source the cheese from as some traditional cheesemakers may brine Havarti to form a crust around the cheese, which may slightly affect the overall flavor of the cheese.

Havarti is super smooth and literally cuts like butter.

It is a semi-soft cheese that is much more pliable than Gouda — this characteristic gives it the ability to spread and melt much more efficiently.

Havarti has a unique yellow or creamy yellow color that can vary depending on the type of cheese and its aging process.

Havarti can be used in the same way as Gouda. This means that you can pair it with burgers, sandwiches, and fondue — and it can even be used as a melted topping in multiple recipes!

Since both these types of cheeses are very similar, they can also be substituted for each other. However, due to the milder and softer texture of Havarti, this cheese is best used in foods that call for a spreadable or melting cheese.

That was a lot of information to break down! Let’s see if we can make it a bit easier to digest.

Here is a quick comparison of Havarti and Gouda.

Havarti and Gouda are both similarly delicious types of semi-soft cow’s milk cheeses. Now that you know the difference between these two popular kinds of cheese, here are some related questions.

Are Havarti and Gouda stored the same way?

Yes. Havarti and Gouda are both semi-soft cheeses, which means that you should never leave them sitting out for more than two hours.

Always keep both these cheeses refrigerated at 40°F. Since Gouda and Havarti both have a firm shape, they can also be frozen at 0°F, which would extend their shelf life to about 2-3 months.

Try to consume them within one week for the best flavor and texture — and always thaw frozen Havarti and Gouda in the fridge overnight!

Are Gouda and Muenster cheese similar?

Muenster cheese is a similar semi-soft cheese that shares a lot of the same flavor and textural characteristics as Gouda.

Muenster is known to have a nuttier and buttery flavor, while Gouda has a creamy buttery flavor that can also be sweeter. Since these two kinds of cheese are so similar, they can also be used as a substitute for each other in several recipes.

Cheese vs Butter – The Actual Differences

Why Is My Peanut Butter Watery?