Home Foodsguy Hard Cheese Vs Soft Cheese – What’s The Difference?
FoodsguyThis vs That 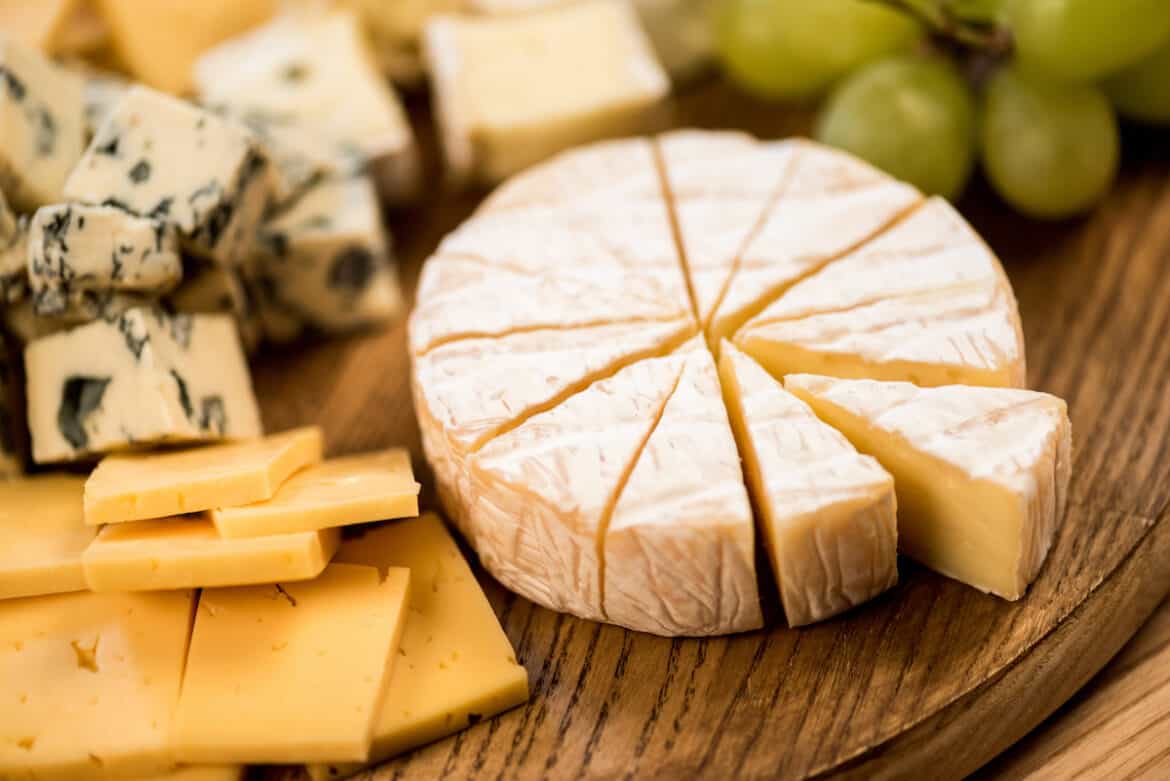 We love cheese! Who doesn’t, right? But with so many different aspects to it, from production to pairing – it can sometimes seem like a daunting challenge to get into.

So the first step to becoming an expert in all things cheese is to understand its basic classifications – hard versus soft.

In this article, we will look at how each is produced as well as some other classifications, nutritional information, storage instructions, and shelf lives.

How Hard Cheese Is Made

First of all, to be classified as a hard cheese, the moisture content needs to be lower than 50%.

Anything higher will be classified as a soft cheese.

This is achieved by allowing the cheese to age by pressing the curds to separate the whey. They can be aged anywhere from a week to a few months, or even years.

Some cheeses are aged for up to 40 years! Harder cheese develops a sharper taste and denser texture as it ages.

Milk is used as the base ingredient for all cheeses and can come from any milk-producing animal including cows, goats, sheep, and even buffalo.

However, milk from certain animals, such as camels, doesn’t produce proper curds and therefore isn’t used.

All hard cheeses start as a soft cheese and then have additional steps to reduce the moisture content. Hard cheeses are made by combining coagulated milk proteins (curds) with enzymes, such as rennet.

To start the process, the milk is slightly heated and a culture, bacteria, or acid is added to curdle the milk – this step creates the curds. Rennet is then added to separate even more whey from the curds.

The addition of rennet is what turns a soft cheese into a hard cheese.

The curds are pressed and the aging of the cheese begins. Different types of hard cheese undergo different processes, but it all comes down to the same basic steps.

The longer the cheese age, the less moisture will be held and the harder it will become.

The most popular hard cheese varieties include:

How Soft Cheese Is Made

The time can range from a few days up to 2 weeks. To be classified as a soft cheese, the moisture content needs to be higher than 50%.

Soft cheeses are made by combining caseins, the proteins found in milk, with acids.

Firstly, the milk will be slightly heated. Depending on what type of cheese you want to make, you can then either add a powdered starter culture, bacteria, or acid coagulant.

Acids that can be used include lemon juice, vinegars, or citric acid.

Once curds form, the pot can be drained. For homemade cheese, place a muslin cloth over a colander or sieve, spoon all the curds inside, then tie the cloth together to make a sack.

Suspend the sack over a bowl so that the whey can properly drain from the curds.

The type of ingredients used and the production process determines what type of soft cheese will be made.

For example, cream cheese is made by blending the curds, while ricotta is made by re-curdling the whey that was drained from the curds.

Other popular soft cheese varieties include:

Cheese has many more classifications than simply hard or soft.  This is, again, is determined by their moisture content.

These categories also have some sub-categories. Veined cheeses fall under soft cheese and contain harmless mold that gives them a strong flavor and crumbly texture.

Hard cheese can be further categorized according to its flavor: mild, sharp or extra sharp. This is determined by the amount of time the cheese has been aged.

Examples of Soft to Hard Cheeses

When people ask which cheeses are healthier, the answer isn’t always as straight forward as it may seem. Some cheeses have a low fat content, but an extremely high sodium content. Cheeses are high in calcium, fat, and sodium.

If you want to cut out sodium from your diet, stay away from feta or any cheese that is preserved in brine. If you want to reduce your fat intake, many cheeses have a low-fat or reduced-fat alternative.

Cheeses that are most commonly used in low-calorie diets include parmesan, feta, goat cheese, mozzarella, and camembert. These range from 70–85 calories per ounce (30g).

Some soft cheeses, such as mozzarella and feta, are stored in brine or whey that also acts as a preservative.

Other soft or semi-soft cheeses may be wrapped in wax paper or covered with a bell jar/dome to ensure the cheese breathes and doesn’t become too moist or lose its flavor.

Hard cheeses can be wrapped tightly in wax paper to prevent the cheese from drying out.

Most cheeses must be stored in cooler temperatures between 40-53°F (around 4-11°C). Freezing cheese is not recommended, as it changes the texture of the cheese, but you can freeze cheese if you don’t mind the change.

The higher the moisture content of the cheese, the shorter the shelf-life will be. Opened soft cheeses will keep for 1-2 weeks when covered in the refrigerator because their high moisture content.

Opened hard cheese will, on average, last between 1-4 months if kept in the correct conditions. Unopened cheeses will last much longer, around 4-9 months.

Can I Make Cheese at Home?

Yes, you can! Soft cheeses are easier to make at home than hard cheeses, as they require less time, resources, and equipment.

Hard cheeses can be made at home, but you will need to get or make special presses and molds for the hard cheese. Sourcing ingredients for cheese making is also fairly easy.

What Is Processed Cheese and Where Is It Categorized?

Processed cheese is a combination of soft and hard cheese that has added colorants, emulsifiers, and preservatives to create the creamy, smooth consistency it is known for.

It will fall into the soft cheese category, although it is not pure, traditional cheese.

Are There Vegan Cheese Alternatives?

There are tons of vegetarian and vegan cheeses on the market – both hard and soft. These cheeses are made using plant-based milk such as coconut or almond milk.

Are There Any Lactose-Free Cheeses?

The rule of thumb is the higher the moisture content, the higher the lactose percentage. Certain hard cheeses, such as Munster, Parmesan, and Swiss, are low in lactose.

There are, however, some soft cheeses that are the exception, like brie and camembert. If you are very sensitive to lactose, avoid consuming real cheese and choose something labeled “lactose-free.”

Which Cheeses Have the Lowest Amount of Fat?

Every type of cheese will naturally have fat in it. Low-fat cheeses include ricotta, Edam, and cottage cheese. Labels with “low-fat,” “reduced-fat,” or “fat-free” cheese usually contain other additives that might be fat-free, but are unhealthy in other aspects.

Are There Cheeses That Are Unsafe to Consume?

Other than some people having an intolerance or allergy to dairy, all cheeses are safe to consume.

However, make sure the milk used is pasteurized, as soft raw milk can cause serious diseases. Some countries have a complete ban on the use of this type of milk. In others, producers need special permits to make and sell it.

How To Fix Undercooked Rice In The Microwave

59 Foods That Start With T