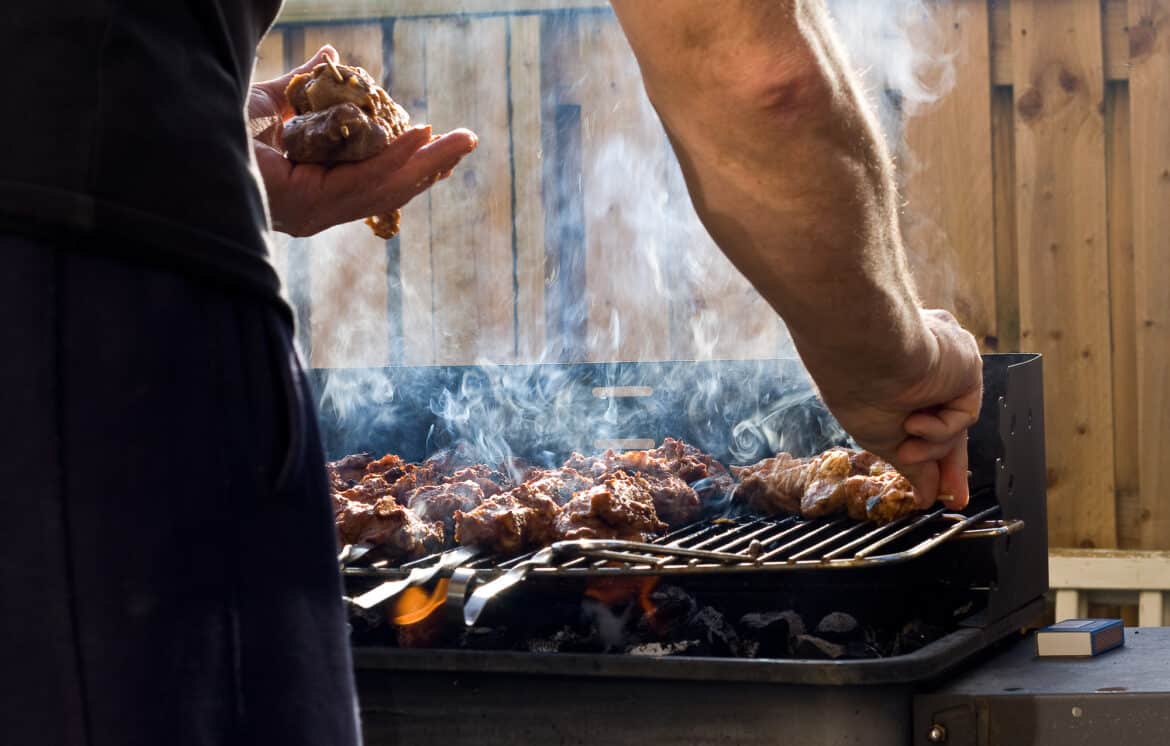 Just when you think you’ve tried every meaty product available, along comes the hog wing!

The newest addition to every barbeque chef’s repertoire has quickly become the new sensation on the block thanks to its deliciously tender and juicy texture and amazing flavor.

But what exactly is a hog wing? A hog wing, or pig wing, is a cut of meat taken from the large ham muscle of the hind leg. Each hog wing contains a piece of bone (the shank) and the meat is carefully trimmed to expose each end of the bone. This makes a hog wing the perfect finger food for the meat lovers in your life!

If you’re intrigued about hog wings and are considering giving them a try, keep reading to find out everything you need to know about this popular barbeque product!

We’ve all come across meat products with odd and unusual names, and these often pass us by without noticing how strange they are — after all, we never question whether hot dogs contain dogs, or if king ribs are made from royalty!

And then you stumble across hog wings, and your mind starts to wonder what part of the pig these delicious cuts of meat come from. We all know that pigs don’t have wings — because if they did, pigs might fly!

The hog wing, also called a pig wing, is actually a cut of meat taken from the hind leg of the pig.

They consist of a whole muscle taken from the bottom of the ham, with the bone left inside. The meat is carefully trimmed at each end to expose the bone, creating a cut of meat similar to a lamb shank or chicken thigh.

The joy of this cut of meat is that the bone makes it easy to pick up and eat — think of it like a very large chicken drumstick! Some butchers like to refer to them as “pork without the fork,” which sums up hog wings pretty nicely.

Some grill aficionados look disdainfully at hog wings, as they think it is just a gimmick to sell a lower-quality cut of meat at a higher price.

However, if cooked correctly, a stack of succulent, flavorsome hog wings will soon become the star of the show!

The ham meat that hog wings are cut from is a lower-quality cut of meat that is normally cooked slowly to ensure it is tender and melts in the mouth — the result is meat that is juicy and falls off the bone, packed full of intense flavor.

The meat at the bottom of the ham is dark, and this is reflected in the richer flavor of the meat. This cut of meat is full of connective tissue, which is why it can be tough if not cooked correctly.

However, low and slow cooking methods turn this tissue into collagen, which melts into the meat and tenderizes it.

You know the delicious, velvety mouthfeel of slow-cooked pork? That’s the taste and texture we’re talking about! Forget dry and tasteless chicken drumsticks — succulent, juicy hog wings are where it’s really at!

The flavor of hog wings will also be influenced by any seasonings or marinades used. All grill chefs have their own preferences, but hog wings stand up well to robust flavorings such as smokey barbeque sauce or spicy meat rubs.

How To Cook Hog Wings

The best way to cook hog wings is slowly over low heat, which will delight anyone who loves the pleasure of leaving meat cuts to gradually tenderize in the smoker!

Hog wings are taken from a low-quality cut of meat that can be tough and dry if cooked incorrectly. Never be tempted to cook hog wings quickly over high heat, as they will be chewy and inedible.

It is also a good idea to check that the hog wings you have bought are not precooked — many artisan butchers sell cooked hog wings that just need to be reheated at home.

Here are the best methods for cooking hog wings at home!

How To Cook Hog Wings In The Smoker

The ultimate method to use when cooking pig wings is on the grill using the smoker. It certainly isn’t the fastest process out there, but all good things come to those who wait!

How To Cook Hog Wings On The Grill

If you don’t have a smoker or the smoking method seems too time-consuming, a good alternative is to cook hog wings on the grill.

How To Cook Hog Wings In A Crockpot

If you want the succulence of smoked hog wings without the effort, turn to your crockpot or slow cooker! This low-and-slow method will give you pork shanks that are so tender and juicy that the meat just falls off the bone.

How To Cook Hog Wings In The Oven

The oven is a great method to use if you have bought pre-cooked hog wings!

Spritz For Ribs – Is It Necessary & What To Use

How To Cook A Small Prime Rib Roast

What Is A Gamey Taste?