Home Cooking Tips What Is A Picanha Cut And How Do You Cook It?
Cooking TipsFoodsguy 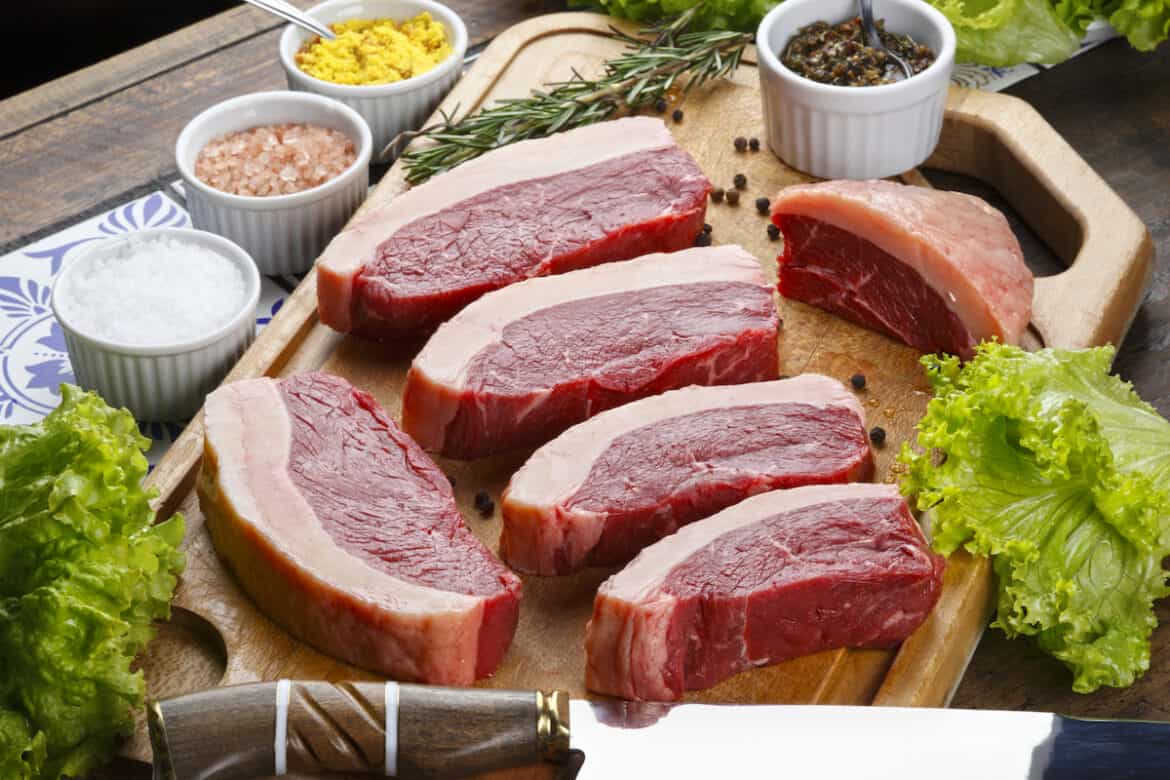 Would you consider yourself a steak-aficionado? Are you looking to try something new and exciting? Then we have the perfect cut of beef for you! You ought to try the picanha cut, famous for its taste and texture.

So, what is a picanha cut? Picanha is a cut of beef taken from the rump of the cow. It is a fairly rare cut in the US, sometimes referred to as top sirloin cap or rump cap, but it’s hugely popular in Brazil. This particular cut has a very delicate, juicy flavor and is very soft and tender.

Read on to get a detailed understanding of the picanha cut and how you can cook it!

What Is Picanha Cut?

Picanha cut (pronounced as pee-Kahn-yah) is a popular cut of beef in Brazil. It comes from the top part of the rump of a cow.

You may have heard of this cut referred to as culotte, top sirloin cap, rump cover, rump cap, and top butt cap.

The word picanha comes from the process of branding the cows by farmers. The poles by which they used to brand were called picana, which eventually became picanha.

There are many different stories of its origin, but the most popular is its origin in Brazil in the 1960s.

The Brazilian millionaire Francisco Pignatar visited a steakhouse, and accidentally he was served a different part of the meat, the picanha cut.

He loved the juicy and tender flavor of the steak so much that it became famous all over Brazil.

In the United States, this cut of beef is further cut into three parts: the loin, rump, and round. Usually, the butchers in the US also cut off the fat cap, which is an essential element in Brazil.

If you live in the US and this cut is not available anywhere, you can specifically ask the local butcher. You can give them specifications as well on how you want the cut to be.

Why Should You Try Picanha Cut?

Even though picanha is a rare cut in the US, people in the Southern states love it. In Brazil, this cut of beef is more popular than cuts like rib eye, shank, brisket, or sirloin.

Read on to know more about picanha cut and why you should try it!

It comes from the rump portion of the cow, which is not an overly tough cut. Because of this, it is soft and tender. It has a beautiful flavor profile when cooked.

If you know the taste of oven-grilled sirloin, then you’re in for a treat because picanha cut tastes just like that.

Moreover, it also has a thick layer of fat on it, which offers a rich, big, beefy flavor, and when smoked or grilled, the flavor increases manifold.

The fat keeps the cut juicy and tender as well. You can even remove the fat if you do not like its taste and texture.

The overall texture of the picanha cut is tender and soft. Because of the fat cap that is traditionally kept in the cut, it also has a very buttery texture.

The fat after cooking becomes crisp, which provides a very nice contrast against the tenderness of the meat. Because of this crispiness and tenderness, a lot of people, after cooking it, do not remove the fat cap.

Picanha cut is a pretty thick cut of meat. When you cut it as a steak, it is about 2-3 inches thick. Additionally, the fat cap is about 1.5 cm thick.

Because of this thickness, it will need a little bit more time to cook, potentially around 5-6 minutes on both sides, but that can vary of course.

However, if you just put it over blazing heat, then the outside will overcook and burn and the inside will remain raw.

However, it is relatively cheaper than the smaller cut, like a rib eye. For its weight, this cut offers a real deal as you can feed your friends and family and impress them with your cooking.

How To Cut Picanha

Picanha is a precious cut of beef, and you should handle it appropriately. Meat is usually cut against the grain, but this piece is cut along the grain.

So, this means that you have to cut the meat in the same direction as the fibers. This process will ensure maximum tenderness after you have cooked the beef.

Below is a step-by-step guide on how to properly cut picanha:

How To Cook Picanha

There are many different methods to cook picanha, such as on a stove, roasting, smoking, or grilling it whole.

Here’s how you can cook picanha in a cast iron pan:

If you want, you can grill picanha by following these steps:

Do you love roasting? Well, try out this method below!

Smoking meat is another great option for you to try. It adds a new flavor dimension to the regular dish.

Whichever way you choose to cook it, picanha never fails to amaze you with its flavorful bites, delicious and moist juice coming out of it. It tastes best with the side dish of chimichurri and a glass of red wine.

Below are a few more things to keep in mind when cooking picanha:

Up Next: How To Cook Pizza Rolls In An Air Fryer

The 9 Best Substitutes For Cremini Mushrooms