Home Foodsguy Tito’s Vs Ketel One Vs Grey Goose – What’s The Difference?
FoodsguyThis vs That 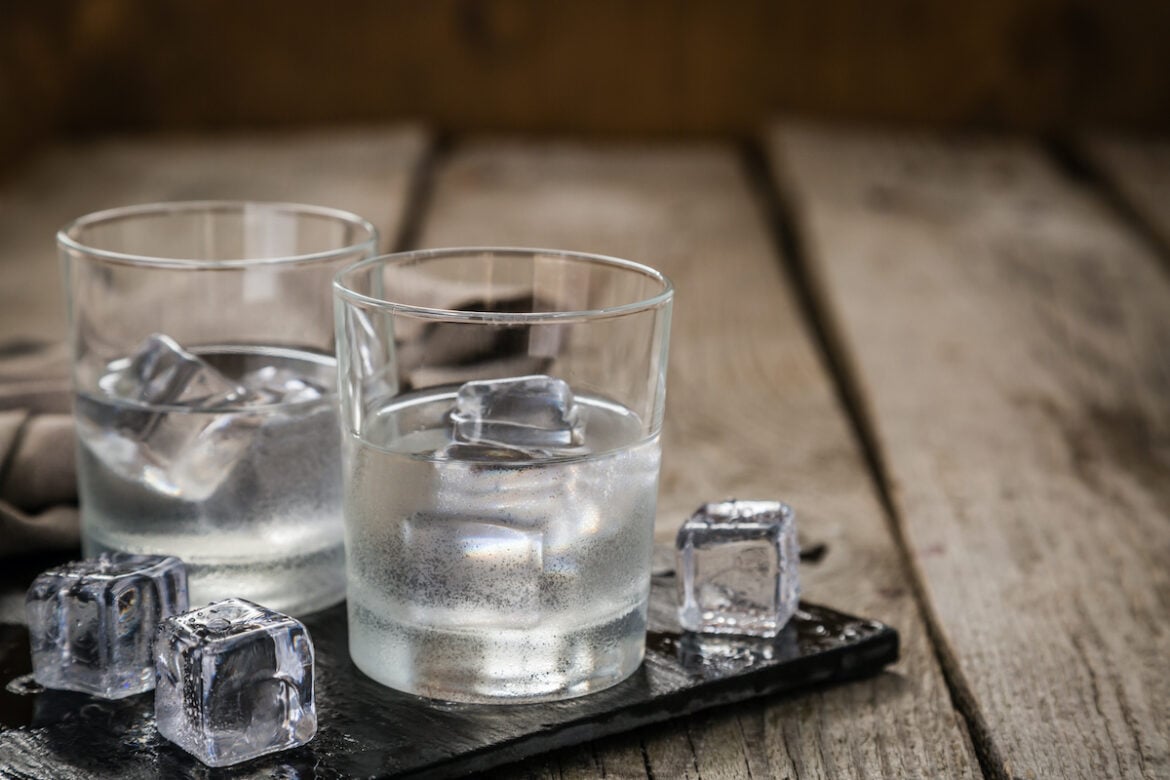 In recent years, premium vodka has exploded in popularity, with a huge range to choose from in wine merchants or grocery stores.

But is there actually any difference between the types of vodka on offer, and how do you know which one to choose? When it comes to Tito’s, Ketel One, and Grey Goose vodka, Tito’s is the most versatile of the three and can be served straight or in summer cocktails. Ketel One is the perfect addition to a vodka martini, whilst Grey Goose is ideal for stronger cocktails such as a Bloody Mary.

Whether you’re a fan of vodka or are trying to find the perfect present for the vodka connoisseur in your life, keep reading to find out everything you need to know about this incredible spirit!

What Is Vodka And How Is It Made?

Vodka is a clear distilled spirit, originating from Poland and Russia. It is one of the most popular components of cocktail recipes, although true fans will prefer to serve their favorite vodka straight, over a couple of chunks of ice.

This popular spirit is normally made from potatoes or grain. The former tends to be associated with Polish vodka, while Russian vodka makers prefer to use corn, rye, or wheat.

The fun thing about vodka is that it can be distilled from virtually anything, even grapes or beets! It is the process that makes the essence of vodka, not the initial raw ingredients.

To make vodka, the grain, potatoes, or whatever is being used, is fermented to make an alcoholic substance. This is then filtered and distilled, to remove any impurities and unwanted flavors.

Unlike many other types of spirits, vodka is distilled many times. This drives off all but the purest fraction of the vodka, creating a clear and very alcoholic spirit.

At this point, the vodka is normally too strong to be sold for human consumption, so it is watered down before being bottled.

Compared to other spirits, many people describe vodka as tasteless, but fans of this spirit will tell you otherwise! One thing that everyone will agree on is that vodka is very strong, and neat vodka is definitely an acquired taste.

Today we are going to compare three of the most popular premium vodka brands: Tito’s, Ketel One, & Grey Goose. If you’ve ever wondered if all vodkas are the same, we’ve got the answer for you right here!

When it comes to Tito’s vodka, what you see is what you get. No gimmicks and flavors here—just pure, clean vodka that is smooth enough to drink neat.

Distilled in small batches from fermented corn, Tito’s is also the ideal partner for any cocktail recipe, as there are no added flavors to mess with your mix.

Tito’s may be world-famous these days, but the “handmade” branding is not a gimmick! The Tito’s distillery was launched in 1997 by Bert “Tito” Beveridge, a one-man operation making vodka in homemade stills.

Over 20 years later, Tito’s vodka is now one of the best-selling vodkas on the market, beating many other top-shelf brands around the world.

Ketel One is renowned as one of the cleanest-tasting vodkas available, making it perfect to serve chilled over ice.

The makers of Ketel One are the Dutch Nolet family, who have been making gin for over 300 years. They make a range of spirits, and their flagship vodka is the famous Ketel One.

Made with European wheat, Ketel One is distilled in copper pot stills, and filtered through charcoal for extra purity. It is left to mature in tile-lined tanks, creating a crisp, silky vodka with a pure flavor.

Ketel One vodka is also available in flavored varieties, such as the lemon and lime Citroen, and orange-flavored Oranje. They periodically release special edition vodkas flavored with botanicals.

Grey Goose vodka was one of the first vodka brands to become famous around the world, and it topped the premium bestseller lists for many years.

This brand was popular for good reason, as it mixes easily with other flavors and has a crisp, fresh taste.

It is distilled from French wheat, giving it a subtle hint of sweetness and a well-rounded flavor. Grey Goose goes through a five-column distillation process.

As well as the original Grey Goose Vodka, it is also available in a range of other flavors. These include Le Citron, L’Orange, and La Poire. Other blends of botanicals are also released occasionally as special editions.

Tito’s Vs Ketel One Vs Grey Goose – Taste Comparison

Finding the ‘best’ vodka is pretty much impossible, as all vodka fans have different preferences. It would be like trying to choose a favorite child!

However, some key differences make certain vodkas taste better than others. So, we’ve done our best to describe the taste notes of our three vodkas today, so you can make that choice yourself.

In terms of flavor, Tito’s vodka comes out top in taste comparisons time and time again. This is because it is considered to be purer in flavor, without any unpleasant undertones.

Tito’s vodka is clean and sharp, with a slight hint of sweetness from the corn. The most prominent flavor note is cracked black pepper, with a tiny amount of nuttiness and zestiness.

This makes Tito’s the vodka of choice for serving straight over ice, and also makes it perfect for summery cocktails.

Grey Goose is quite controversial in the vodka world. Fans of this vodka say it beats anything else out there, while its detractors say it is flavorless and overpriced.

As we all have different tastes, this might be one you need to try to find out for yourself!

This vodka has a clean flavor, with the grainy essence lurking in the background. It has hints of almond and black pepper, which blend well with strong cocktail mixes.

And finally, Ketel One vodka, which is ultra-smooth and fuss-free. It has one of the cleanest tastes out of these three vodkas but does not have a lot else going on.

Because of this, Ketel One is the vodka of choice in pure cocktail recipes, such as vodka martini and vodka tonic.

Tito’s Vs Ketel One Vs Grey Goose – Alcohol Content

All vodkas tend to be very strong in terms of alcohol content, and there is not a lot of variation.

Vodka is distilled at least three times to rid it of all impurities, and the alcohol becomes more concentrated at each pass through the still. The highly alcoholic product is then watered down to make it fit for human consumption.

It is no coincidence that all vodkas tend to be the same strength. At 40% ABV, the mix of pure ethanol and water is the perfect ratio to give vodka its smooth, almost syrupy texture when cold.

This means we can serve ice-cold vodka without the risk of exploding bottles or frozen vodka!

Tito’s Vs Ketel One Vs Grey Goose – Price Comparison

In terms of price, our three vodkas are all described as “top shelf”. This means that they are premium vodkas, so expect to pay a price tag to match. But are they all the same in terms of price, or is one option better than the others?

Well, firstly it pays to shop around if you can. Prices vary widely from one store to another, and you might be able to pick up a bargain.

All three vodkas are also often on promotion, so if your favorite is on a deal don’t forget to stock up!

But when paying full price, there are some big differences between our three brands. Ketel One tends to be the cheapest, costing around 50% more than a bottle of budget vodka.

Next in line is Tito’s vodka, hitting the mid-range mark of the premium vodka price range.

And the priciest all is Grey Goose, one of the original premium vodkas and able to still command a price tag to match to this day.

How To Choose The Right Vodka For You

Most vodka lovers will have a firm favorite, and if you’re buying vodka as a gift then it is better to go for a pure product rather than something quirky.

But if you’re new to the world of vodka, which of these three products should you go for?

Well, it’s a tricky choice, but we think that Tito’s vodka has got the edge here! The flavor is pure and delicate, but more complex than the blander Ketel One or Grey Goose options.

Tito’s is versatile enough to work as a straight vodka drink, or as part of a fruity cocktail.

However, for fans of vodka martini or vodka tonic, we’d suggest the cheaper Ketel One vodka instead. This has a purer flavor, ideal for these classic vodka drinks.

And what about Grey Goose? Well, the general feeling is that Grey Goose does not live up to its price tag anymore, now that new and better-priced contenders have entered the market.

We wouldn’t discount it altogether though, as it is punchy enough to use in strong cocktails such as the classic Bloody Mary or authentic Moscow Mule.

Up Next: How To Tell If Shredded Cheese Is Bad