Home Foodsguy Soju Vs Vodka – What’s The Difference?
FoodsguyThis vs That

Soju Vs Vodka – What’s The Difference? 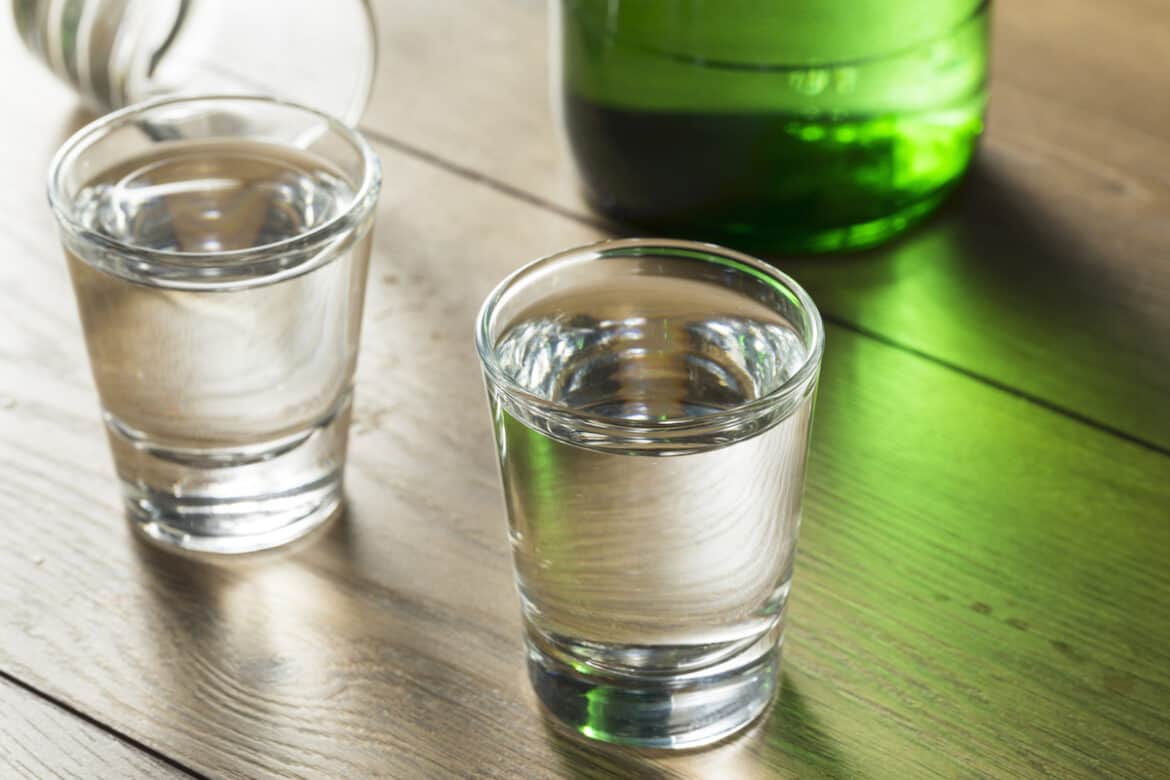 There comes a time in anyone’s life that you learn the value of certain alcohol types for certain reasons. Whether you add a little wine to the sauce for your chicken or you bake a cake with some rum mixed into it, there is value in understanding the various liquors available and how to use them.

Liquor can be used for mixing drinks or for stirring up delicious meals, appetizers, and desserts straight from the kitchen. You just need to know what to use and when. You can’t always substitute when a recipe (drink or food) calls out for a specific option as this could change the end result dramatically.

One such comparison is soju and vodka. How do soju and vodka compare and what are their differences? Soju has an alcohol content of 24% while vodka usually contains 40% alcohol or higher. Both soju and vodka are distilled liquors. Soju tastes like vodka, but sweeter, which makes soju is a good substitute for vodka.

In this guide, we will be taking an in-depth look at soju and vodka. We will cover the concepts of each one and how they are used as well as discovering how they compare and their primary differences. We have a lot of ground to cover.

Keep reading to see where these items end up in a debate about soju vs. vodka.

Soju Vs Vodka – Understanding the Differences

It’s safe to say that we don’t all understand every single liquor out there and how each one compares to the next. We know the basics of popular options like rum, whiskey, tequila, vodka, wine, and beer but the truth is, there are so many more things out there.

Soju and vodka are often considered interchangeable. They are very alike in many ways but they are also very different.

If you need a good substitute for soju or vodka, you can use one in place of the other, but there are definitely some things to be aware of when you do.

As we progress through this guide we will cover both soju and vodka on an individual level. Once we’ve covered them separately, we will then come back together and provide you with a quick overview so that you can easily understand and pinpoint the differences.

Let’s get started, shall we?

Soju comes from Korean origin. It could perhaps be noted as the Korean version of vodka. However, the most noticeable difference is that soju typically only has an alcohol content of around 24%.

This places soju higher than beers and wines but also quite a bit lower than vodka. One benefit of lower alcohol content is that some places that have permits allowing them to only offer “beer and wine” can also offer drinks that might contain vodka. These drinks include things like cosmos, martinis, and mojitos.

Soju makes a suitable alternative to liquors with higher alcohol content and gives those places with limited licensing a simple workaround when they can’t use higher-level liquor options.

One of the reasons the alcohol content is so much less is because Koreans made it that way to accommodate limited licensing.

Soju is clear and colorless. This distilled liquor was originally made from rice, wheat, and barley but now often is made from potatoes or sweet potatoes instead.

How to Drink Soju

Soju is typically sipped from an ounce-sized glass and served “neat” without ice.

Another use for soju is to make variations of mixed drinks that might often have vodka instead.

Here are a few other interesting ways to drink soju:

On top of these household and drink uses, you can cook with soju as well. There are several Korean recipes that use soju in their meals but you can also replace vodka with soju in other recipes. Here are some ideas for cooking with soju:

These are some simple ideas for a touch of Soju that will give your dishes a whole new flavor.

Vodka is well-known as a liquor. It’s used throughout the world for making cocktails and mixing with juice or soda. This liquor does require a liquor license in order to serve or sell.

The alcohol content in almost every vodka available is 40%, although there are some high-proof options as well that go beyond that.

Vodka is a distilled alcohol that was originally made in Poland and Russia. It is made with water and ethanol but there could be additional impurities or flavors added to vodka.

Now, you can find almost any flavor of vodka your heart desires, including pickle, cake, grape, berry, and more.

Vodka is made with fermented grains that are distilled to form the liquor. As with Soju, many vodka varieties are now also made with potatoes.

Some brands even use sugar or fruit as well. In order to be labeled as vodka, the compound must contain an alcohol content of at least 37.5% and the standard is 40%.

These are just a few of the most common drinks made with vodka but there are plenty others out there. You can also use vodka in cooking, much like soju and other types of liquor. Here are a few common recipes for vodka:

Again, let us tell you that your options could be limitless. There are tons of recipes for pasta sauces, meat dishes, drinks, and more that use vodka. There are also several alternative uses for vodka that can be quite useful:

Vodka’s high alcohol content makes it a good disinfectant or antiseptic-type tool. While soju can be used for some of these reasons, it may not be as effective since the alcohol content is quite a bit lower. It might take more or it may not work at all.

Vodka is unique in its own way, although vodka and soju could easily run a close competition for similarities.

A Comparison Review of Soju and Vodka

Soju and vodka can be used interchangeably in many ways. Soju is a common substitute for vodka in places that want the attributes or common uses of vodka but don’t have the proper licensing to use liquor.

The primary difference between soju and vodka is that alcohol content. Soju has a reduced content level of only 24% while vodka has a content level of 40% and higher. When it comes to using one for antiseptic or sterilization purposes, vodka is the better option but soju can also be used for many of those things.

You can use both in drink mixing, cooking, and drinking but remember which has a higher level. Otherwise, you may never know the difference.

We hope that you find this guide to differentiating between soju and vodka to be a valuable resource. While the two are very similar, they are not the same and it’s important to understand how this could affect things.

We invite you to review the following question and answer section for some additional information that could be useful.

Remember that soju is a liquor, just with reduced alcohol content. With that, it can have any potential health risks that vodka might have.

However, it has been noted that drinking a small amount of soju on a routine basis can protect both men and women from stroke risks.

Can You Mix Soju and Vodka Together?

You can mix soju and vodka together since liquors are mixed fairly often in different cocktail recipes. However, mixing these is primarily unnecessary and it’s not done very often.

Up Next: Vodka Vs Tequila

Can You Freeze Overnight Oats?