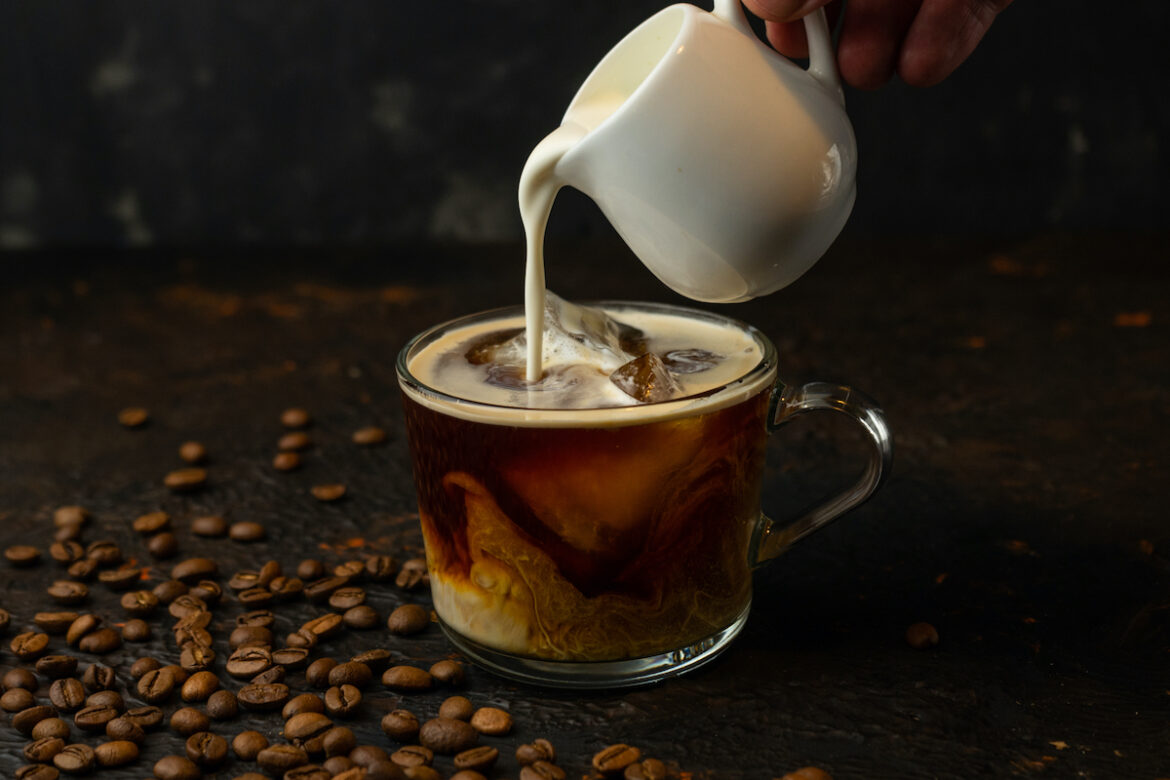 Cream is an ingredient we use so often in the kitchen. In fact, we have just started buying heavy cream in advance. It’s better than not having any when you really need it, right?

Unfortunately, it isn’t that easy, because it seems that when we have extra on hand, we never use it! Then, the cream starts going all grainy and smelly.

But, how can you tell when heavy cream has gone bad? There are a few signs that happen almost simultaneously. This includes the heavy cream getting a grainy texture, discoloring, growing mold, smelling rancid, and tasting sour.

In this jam-packed article, we will look at exactly what heavy cream is and its exact shelf life. And, we will naturally have a more in-depth look at the signs of spoiled cream.

Finally, we have included a quick guide on the best way to store your heavy cream and extend its shelf life!

What Is Heavy Cream?

We have all worked with cream. It is an essential ingredient in any kitchen! So, naturally, you know that it is another type of dairy product that is similar to milk.

But, you would have also noticed that there is more than one option available in the stores these days.

Extra light, thickened, double cream, heavy cream, whipping cream—these are only some of the many different types of cream that you will regularly find. Today, as you already know, we will be looking at heavy cream specifically.

This is one of the most called-for creams in most recipes, especially baking ones. But, what exactly is it?

This cream is made from a fat layer that is skimmed from milk before it gets homogenized. By law in most countries, it has to contain at least 36% milkfat (on average). Anything less and it becomes a different type of cream.

Not all countries produce and sell heavy cream and it may even go by a different name.

The close seconds to this cream (if you cannot find any) include products like whipping cream, thickened cream, and full cream. But again, none of these are heavy cream.

This product is extremely popular for whipping to stable soft, medium, and stiff peaks. Unlike other cream products with a lower milk fat content, it whips a lot easier and quicker. And, it won’t separate or deflate as quickly.

Now, you may be wondering how heavy cream differs from regular cream. And again, it all comes down to the milk fat percentage.

Regular cream usually contains between 15-20% milk fat. But, in other countries, they call it light cream, half cream, or coffee cream.

This ingredient is mostly used to add creaminess to recipes and does not whip well. It doesn’t contain enough fat to support the structure created by the air bubbles.

Heavy cream is often used to create whipped cream. However, it is not technically the same as whipped cream or whipping cream.

As we have mentioned, heavy cream legally has to have a milk fat content of at least 36% to be labeled as such.

Whipping cream on the other hand has a lower milk fat content of between 30-36%. Whipping cream is also referred to as light cream in some countries.

While whipping cream does also create very stable whipped peaks, it isn’t nearly as good as when making it from heavy cream.

Now, you may be wondering why we yapped on about different types of cream. Does it even matter?

Of course, it does! The amount of fat in the cream drastically increases and decreases the shelf life and stability of the (fresh) cream. What do we mean by that? Simply put, the higher the fat content the longer the cream will last.

Unopened heavy cream will typically last about 1-2 weeks inside a fridge. This is much longer as compared to lower fat versions. And, when properly frozen, it will easily keep well for 3-4 months!

While the signs for rancid cream generally stay the same regardless of the type, when these signs start appearing will happen at different stages. And, it may help you in determining when heavy cream has gone off.

Now, the only exception to the rules is long-life heavy cream. This cream has been heat-treated to make it far more shelf-stable.

It can be kept in the pantry at room temperature for months! But, that being said, it isn’t a cream that whips particularly well (even when labeled heavy cream).

Luckily when it comes to dairy products, it is fairly easy to tell when they have gone bad. And, their signs are very unmistakable!

This texture change is easy to spot. It looks like there are thousands of sand granules mixed into the cream. However, this is in fact the first step in cream becoming fully curdled.

If you are lucky enough, this texture is only just beginning and the cream can still be used immediately. How do you know if you have luck on your side? The cream won’t have a sour odor or flavor to it.

This is another key sign that any dairy product has gone off. This smell is produced when there is an unhealthy amount of bacteria. The specific bacteria, Lactococcus lactis, produces a high amount of lactic acid.

This acid is what gives the milk a sour flavor and aroma. So, as soon as you get the first whiff, it is already too late.

A rancid, sour, or tart flavor is also an immediate sign that heavy cream has gone bad. This cream should be very fatty and have a rich, clean, and creamy flavor to it.

Anything less and the cream is starting to go bad or has already reached the point of no return.

If you suspect that the cream is bad but need solid evidence, do not take a big sip to test it! A drop will do—trust us! But, if the expiry date has already been reached then there isn’t even a reason to taste it.

Finally, if your cream starts showing mold or any type of discoloration, it means that it is spoiling. This sign doesn’t always occur, but do still take note of it.

Can You Use Heavy Whipping Cream After The Expiration Date?

You should never use any dairy product that is open and has reached its expiration date. The only exception comes from unopened dairy products.

If you have a properly stored and unopened bottle of heavy cream, it will likely still be fine for 2-3 days after the printer expiry date. However, still do some tests before simply using it.

Once opened, pour the cream out into a clear glass bowl or cup. Then, smell it, check the color, and finally, taste a little drop if you absolutely must.

If the closed container is swollen, it means that there is an overflow of bacteria that produces carbon dioxide. This causes the container to swell and is a dead giveaway that the heavy cream is bad.

What About Long-Life Heavy Cream?

The expiry date for long life or UHT-treated heavy cream is usually printed as a “best before” date. This is similar to canned goods. While they have to legally put on an estimated expiry date, it isn’t necessarily accurate.

Depending on how you stored the long-life heavy cream, you may still be able to use it up to a month after the date.

You should still test the heavy cream before simply using it. Otherwise, you can get some serious food poisoning.

Storing heavy cream isn’t difficult at all! As you probably know, all dairy products are highly perishable and should always be kept in an airtight bottle or container in the fridge.

But, if it reaches below 33.8ºF (1ºC), the cream may start freezing, ruining its fresh quality.

Furthermore, if you aren’t planning on using the cream immediately, don’t store it inside the fridge door or at the back of your fridge.

When the door is constantly opening and closing, it creates temperature changes. Although they may seem minor, they have a massive effect.

And, at the back of the fridge, you run the risk of the heavy cream starting to freeze.

If you want to freeze cream, you should also keep it inside a stable freezer. Don’t allow the cream to continuously freeze and thaw slightly. And, keep it inside an airtight container. This will prevent any roaming odors from being absorbed.

Up Next: Tito’s Vs Ketel One Vs Grey Goose – What’s The Difference?