Is Lard Vegan? (Plus What To Use Instead) 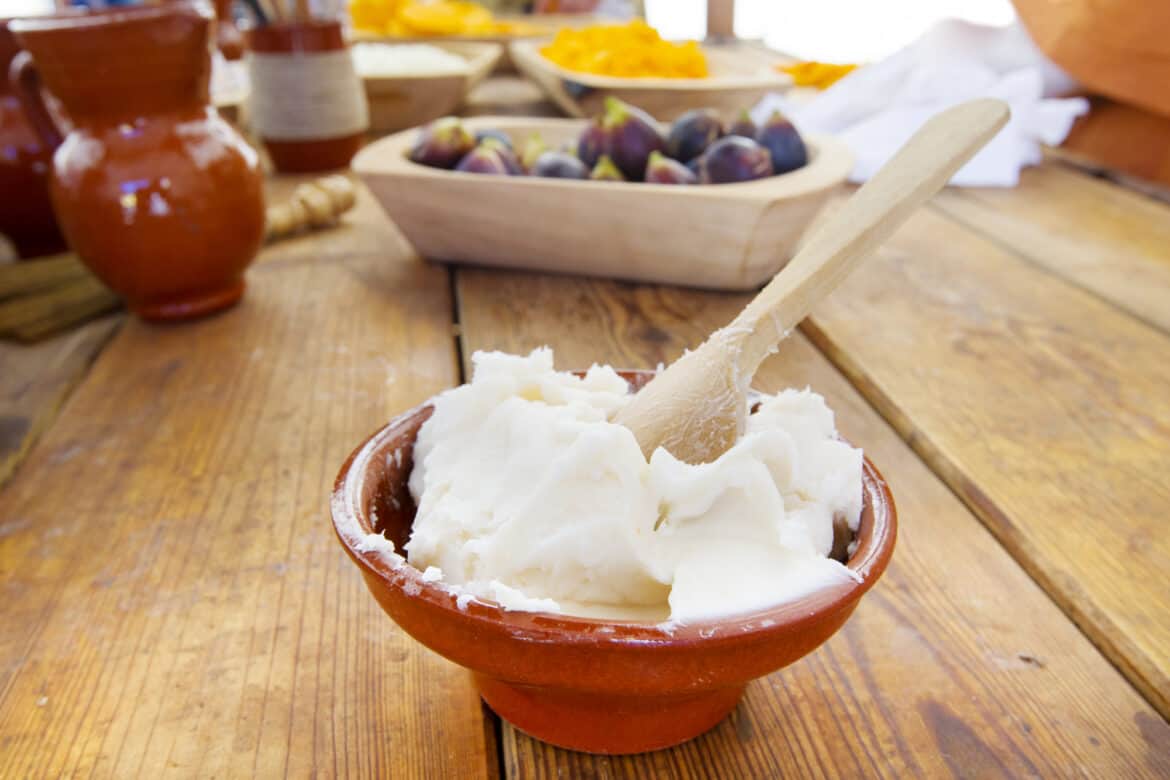 Lard is a common cooking ingredient most often used in traditional baking. However, there is a bit of a misunderstanding among people as to what exactly lard is and whether or not it is vegan.

So, is lard vegan? No, lard is not vegan as it is obtained by rendering the fatty tissue of pigs. It is an animal by-product, and since veganism involves abstaining from animal products and by-products, it is not suitable for vegans.

Read on to find out more about lard, how it is made, why it is not vegan, and multiple vegan options you can use instead of lard.

In the simplest terms, lard is the melted fat of pigs.

Lard is used as a type of fat in several cooking applications such as baking and deep-frying.

It has an opaque, milky-white color and is often used in place of oil, butter, or vegetable shortening.

There are three main varieties of lard:

Different types and brands of lard have different flavor profiles depending on how they are rendered.

The hydrogenated, shelf-stable variety sold in supermarkets has a firmer mouthfeel, whereas freshly rendered lard is softer, creamier, and melts quicker.

How Is Lard Used?

In general, you can use lard anywhere you would use butter, such as in baking pies, cookies, biscuits, and pastries.

You can also use it for sautéing, spreading on toast, and deep-frying.

It has a low smoke point and can produce crispy and flavorful fried chicken. It is also commonly used for frying donuts.

When it comes to baking, lard helps produce an extra flaky crust or dough thanks to its higher melting point than butter.

Why Is Lard Not Vegan?

People may adopt a plant-based diet for several reasons. Traditional vegans do it for ethical reasons and animal welfare, while others do it to protect the environment and/or health concerns.

Let’s look at all the reasons that make lard unsuitable for vegans.

The biggest reason that lard is not considered vegan is that it is an animal-based product obtained by slaughtering pigs. Ethical vegans are against the killing of animals solely for the pleasure of people.

The pork industry is a massive one, breeding and slaughtering millions of pigs each year for human consumption.

Over 75% of these pigs are raised in awful conditions on factory farms, where they spend most of their lives in packed indoor spaces and never get a chance to enjoy nature as they are intended to.

Female pigs are continuously impregnated to produce more piglets, who are almost immediately taken away from their mothers after birth causing distress to both the baby and mama pig.

When made to live in such horrible conditions, they are naturally bound to become aggressive. To reduce the chances of fights, attacks, and death, breeders cut off their needle teeth and tails and castrate the males shortly after birth.

Despite having a normal life span of 10-15 years, these pigs are slaughtered after just 6 months. The average slaughterhouse kills about 1000 pigs every hour — the sheer amount makes it obvious that they are killed in the most inhumane way.

Consuming lard directly contributes to the mistreatment and abuse of these animals, which is why it is not vegan.

Other than not being animal-friendly, pig farms are also not environment-friendly. They generate a large amount of fecal waste that often spills into nearby water sources, harming the existing ecosystem.

Ammonia present in pig urine is extremely dangerous to both pigs and humans. The fumes are incredibly toxic, resulting in a variety of health issues in people living in close proximity to a pig farm.

As a way to (supposedly) solve the water pollution issue, factory farms convert the pigs’ feces and urine into liquid waste, which is then sprayed into the air and breathed in by people living nearby.

Lard isn’t the healthiest type of fat either. It is high in cholesterol and increases your chances of getting overweight and obese if consumed in excess. It also puts you at risk of life-threatening disorders such as diabetes and heart disease.

The type of lard you consume is also a factor in how unhealthy it is for you. Hydrogenated, shelf-stable lard is the unhealthiest as it contains cholesterol, trans fat, and saturated fat.

Saturated fat is known to increase bad cholesterol and lower good cholesterol, and is often linked to obesity, diabetes, hypertension, and heart disease.

As if cruelty to pigs and the adverse effect that mass pig breeding has on the environment isn’t enough, the fact that lard isn’t good for your health is another big reason why many people avoid eating it.

What To Use Instead Of Lard

When choosing substitutes to use in place of lard, you need to pick ingredients that behave in a similar manner and give your baked goods a moist and flaky texture.

Since lard is made from pig fat, it can be unsuitable for several reasons including health, religion, and ethics.

The high saturated fat content is a bad option for those with heart disease.

Vegans and vegetarians may wish to eliminate it from their diet due to ethical reasons. Also, people following a kosher or halal diet may avoid it for religious reasons.

While lard does have a unique flavor that it lends to cooked foods, there are several substitutes that you can use in its place. These next options will be the closest in flavor and consistency.

This is a good option for vegetarians, but it’s not suitable for vegans.

Made from cow fat using a similar process as lard, beef tallow is a good substitute most often used for kosher or halal cooking.

It is not suitable for vegans or vegetarians.

If you are on the lookout for good vegan substitutes for lard, the following options are perfect for you. You can use them to sauté or fry your foods, as well as to give your baked items a moist and flaky quality!

Vegetable shortening is made from soybean, palm, or vegetable oil, and is the most often used lard substitute.

It has the same level of fats and cholesterol as lard, but uses no animal products, making it perfectly suitable for vegans. Also, its high smoking point makes it suitable for use for deep-frying and high-heat cooking as well!

If your recipe calls for 2 cups of lard, you may substitute it with 2 cups of vegetable shortening.

Coconut oil is another great option with a high heating point and, like lard, is ideal for high-heat cooking and frying.

When replacing lard with coconut oil, you can use it in the same proportions. However, you must keep in mind that coconut oil has a mild coconut taste that may not be suitable for everyone!

Olive oil is a vegan lard alternative that works well in baking, but because it has a low smoke point, it may not be the best choice for high-heat cooking.

Like coconut oil, olive oil also has a distinct flavor that many may not like. When using it in place of lard, use the same amount that the recipe calls for.

Mashed banana or avocado can be used instead of lard in some baked dishes to add a moist texture to them. They can be used when making cookies, muffins, cakes, or bread, but the results may not exactly be the same.

When using in place of lard, use half the amount of mashed fruit.

Now that you know all about lard as well as some vegan and non-vegan alternatives, here are a few additional questions we thought you might have.

Although lard may look like butter, it is obtained by rendering animal fat and is technically dairy-free.

What is the difference between lard and bacon fat?

While both lard and bacon fat come from the same animal, they differ in terms of their taste and use.

Lard is rendered fat from the pig that has a neutral flavor and primarily adds texture to fried or baked foods. Bacon fat has a smoky taste and is used to add flavor to baked goods, gravies, and sautés.

Is Popcorn Vegan? – And The Best Vegan Popcorns

Is Samyang Ramen Vegetarian (Or Vegan)?

Is Bubble Tea Vegetarian And Vegan?