Home Foodsguy Barley Vs Farro – What’s The Difference?
FoodsguyThis vs That

Barley Vs Farro – What’s The Difference? 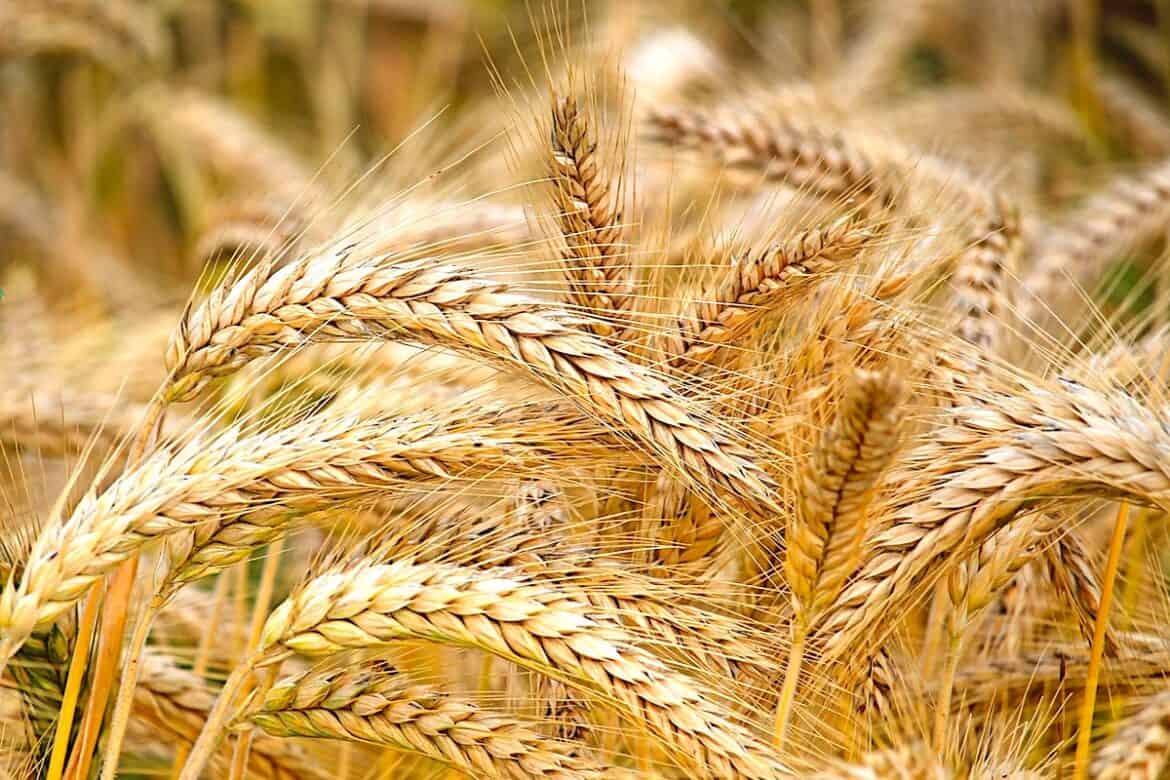 Adding different grains to your meals is a great way to keep things exciting and enjoy new flavors and textures.

You’re likely familiar with the popular choices like rice and quinoa, but have you ever tried adding hearty grains like barley or farro to your recipes?

Farro is a grain that is popular in Mediterranean-style cuisines. It’s got a rich, nutty flavor and is packed with protein and fiber to keep you feeling full and satisfied.

It has a lovely chewy texture and is super adaptable to different cooking styles.

Barley is another cereal grain that also has a chewy texture, a nutty flavor, and can work well in many types of dishes from soups to salad bowls. Both offer exciting alternatives to old standbys like quinoa and rice.

Read on to discover the difference between barley and farro, how to cook these grains, and what they taste like.

Barley is one of the most popular grains in the United States. It can be milled to bake breads, used whole in soups, cooked like rice to be used in salads or as the base for grain bowls, and added to granola.

It is a cereal grain like wheat, but doesn’t need to be milled to enjoy.

You can buy it whole at the store. When buying barley there are generally two options to choose from: hulled or pearl barley.

Hulled barley would be considered more of a whole grain since it still contains the bran and the germ, which is where a lot of the fiber and texture will come from.

Pearled barley has both the hull and bran removed so it’s a little easier to cook with and has a softer texture. Think of hulled barley similar to brown rice while pearled barely is processed more like a white rice.

Both are delicious and will have different uses in the kitchen.

When you cook with barley it expands like rice and quinoa. You can expect it to expand to about 3.5 times its original size once cooked.

You may not be as familiar with farro, though it is becoming increasingly popular thanks to its versatility, flavor, and texture.

You may also see it on grocery store shelves under the name of emmer or einkorn.

Farro is an ancient whole-wheat grain. This means that its structure has remained largely unchanged over the last several hundred years, unlike wheat which has been hybridized and adapted to modern tastes and requirements.

When purchasing farro in North America it will often come pearled, which means it has the hull and bran removed to make it easier to cook with.

What Is The Difference Between Barley And Farro?

Barley and farro are pretty similar in a lot of ways. One of the minor differences is that farro is a little larger and more oblong than barley.

Both grains have a lovely chewy texture when cooked and more flavor than grains like wheat.

In most recipes you can use barley and farro interchangeably. They can both be cooked on the stove top, though you may prefer to use a rice cooker if it’s easier.

Both grains can be tough, especially if you haven’t purchased the hulled variety. Soaking farro and barley overnight can help to reduce your cooking time significantly.

If you soak your grains, you can expect them to be cooked in about 10-15 minutes. Without soaking, your grains can take upwards of half an hour.

If you want to cook your barley and farro more quickly without soaking, you can try giving them a quick blitz in a coffee grinder or food processor.

Farro grains are going to be a little higher in protein than barley grains, but both have an impressive array of nutrients and are packed with fiber.

These grains make wonderful additions to any meal since they can soak up flavors of soups and salad dressings while adding a unique texture to the final dish.

While both grains have a chewy texture and nutty flavor, farro has a slight hint of cinnamon taste. This flavor makes it perfect to use in sweeter preparations such as baking or sweet porridges.

How Do You Cook Barley And Farro?

Cooking barley and farro is similar to cooking rice or quinoa, though the measurements are slightly different. You can reduce your cooking time to 15 minutes if you soak your grains overnight.

How Do I Add More Flavor To Farro And Barley?

If you want to add more flavor to your grains while they cook, you can use chicken, beef, or veggie stock instead of water. You can also add fresh or dried herbs like rosemary, thyme, or sage.

Another option is to gently saute garlic and onions in your saucepan before adding your farro or barley and stock, then cooking as normal.

These aromatics will add an extra layer of flavor to your grains that will complement virtually any savory dish.

Can You Make Porridge Out Of Barley Or Farro?

Yes you can. If you are looking for an alternative to oatmeal, barley and farro make a great option.

You can grind the grains, soak them overnight, then cook the grains in a combination of milk (or your favorite dairy-free alternative) and water with a bit of sea salt.

Depending on how loose you want the texture you can add more or less water. Make sure you don’t skip the grinding step since this will give you the porridge like texture you are looking for.

Generally, you will want to use about a half cup of ground barley or farro to two cups of water and a pinch of salt.

Curious to know how barley and farro fare against a couple of other contenders? Read on.

What Is The Difference Between Barley, Farro, And Quinoa?

While barley and farro are both grains, quinoa is actually the seed from a flowering plant in the amaranth family.

Though technically a seed, it cooks and tastes like a grain and can be used in the same ways as both farro and barley.

One of the major differences between barley, farro, and quinoa is that quinoa is a gluten-free grain, which makes a good option for people with celiac disease or gluten-intolerance.

What Is The Difference Between Barley, Farro, And Freekah?

Like farro, freekah is a type of wheat. It is harvested when younger and often toasted to give it a richer flavor.

You can use freekah pretty interchangeably with farro or barley in any recipe. It comes in either a whole or cracked form, with the whole grain taking longer to cook than the cracked.

Up Next: Freekeh Vs Bulgur – What’s The Difference?

9 Easy Recipes That Use Half-and-Half

What Is A Noodle Board?