Home Foodsguy Can You Freeze Vegan Cheese? – The Best Way
FoodsguyFreezingHow To

Can You Freeze Vegan Cheese? – The Best Way 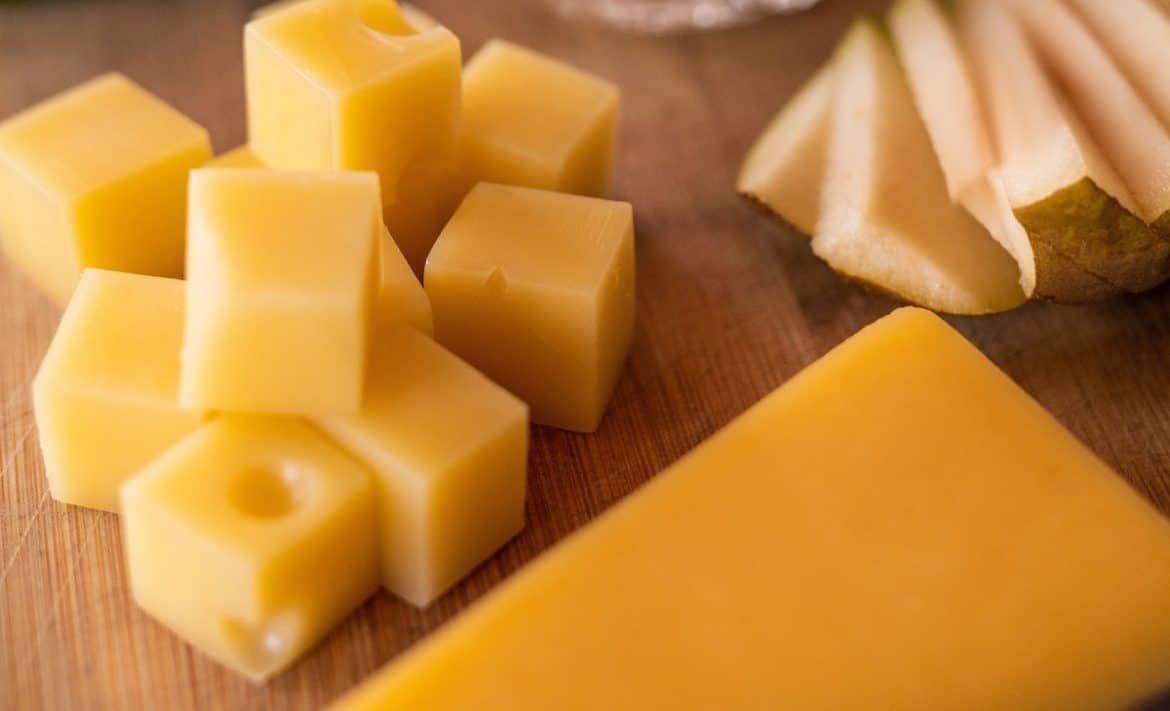 Vegan cheeses that that are waxy, chalky, do not melt and taste nothing like cheese are a thing of the past now. With the market being full of high-quality substitutes, those practicing a plant-based diet are trying to make the most out of the tasty alternatives.

If you are a someone following a dairy-free diet or simply enjoy eating plant-based cheese, you may be wondering if you can freeze vegan cheese.

So can you freeze vegan cheese? The answer is yes. Like ‘normal’ cheese, freezing vegan cheese will not bring forth any health concerns, but you should keep in mind that the texture and taste will be affected. This is why it is recommended to put cheese in the freezer only if you are planning on using it for cooking purposes. Frozen and thawed cheese can easily be used in dishes where you need a cheese topping.

Read on to learn all about freezing vegan cheese, including the suitable kinds, defrosting methods and much more.

As vegan diets are on the rise, more vegan food related questions pop up.

Years ago there weren’t any decent alternatives to everyday dairy products. Now, however, the market is full of options that are just as great as their non-vegan ‘competitors’.

Who doesn’t love some melted cheese on a slice of pizza? Or creamy mac and cheese? Everyone does. And vegans do too! But the struggles with plant-based cheese are real, as there are many unanswered questions regarding the ‘real’ cheese analogs.

Those following a plant-based diet do not have a variety of cheese options as wide as non-vegans do. However, the most popular and well-loved cheese kinds, such as mozzarella, cheddar, parmesan (like this one on Amazon), and gouda have gained a special place on the market. Vegan cream cheese is also an option if you want an easy dip for some vegetable sticks or chips.

As with cheese in general, not every kind is suitable for freezing. Every cheese has its properties and thus, may react differently when kept in the freezer.

Freezing food is a great way of preventing products from spoiling. It prevents the growth of microorganisms in food and slows down spoilage. It should be noted though, that once the food is placed in the freezer, nutrients will gradually be killed, which is a natural process.

Changes in texture and taste of frozen and thawed defrosted cheese have more to do with the freezing process itself rather than the type of cheese.

When put in the freezer, ice is formed in cheese. Aside from this, there is usually some moisture in vegan cheese which also turns into ice.

Once defrosted, all the water melts down thus causing changes in the texture and taste. Defrosted cheese may taste less rich than before being put in the freezer. As far as texture is concerned, thawed vegan cheese is usually crumblier and more granular.

Which Vegan Cheeses Can Be Frozen?

Cheeses that are most suitable for freezing are the hard types, such as vegan cheddar or parmesan. Semi-soft vegan mozzarella will also survive in the freezer. However, once defrosted, the texture may get a little softer than it initially was.

Vegan ricotta, typically made of tofu, coconut, and some nuts, such as cashews and almonds, can be frozen contrary to the belief that soft cheeses do not freeze well. It should be noted that defrosted ricotta will be best used as a pasta filling and not for a salad or smeared on a slice of crispy toast bread.

Vegan cream cheese is the least suitable for freezing. Although there are no health risks involved, the creamy texture suffers the most after being defrosted.

The only option that will make the changes in texture less noticeable is using frozen cream cheese in cooked or baked goods.

Depending on the brand or recipe, vegan cream cheese may become too watery and grainy.

How Long Can You Keep Vegan Cheese in the Freezer?

The shelf life of different kinds of vegan cheeses differs.

Store-bought unopened vegan cheese can be kept for up to 4 months and up to a week after opening.

Homemade vegan cheese, on the other hand, will keep for 4-6 days in an airtight container. Although it is worth mentioning that some varieties, such as homemade parmesan cheese, keeps for much longer in the fridge – 3 to 4 weeks.

Make sure you pay attention to the instructions. If the fridge life of the cheese is long enough for you to enjoy it to the last bit, do not put it in the freezer.

However, if you do want to stock up for your favorite cheese, you can put it in the freezer for about 6 months. Homemade vegan cheese can also be frozen, however, its life in the freezer is shorter – around 3 months.

How to Freeze Vegan Cheese

If you are going to freeze your favorite vegan cheese, it is best to follow some simple rules to keep the cheese in a good shape while it is in the freezer.

The most important thing to keep in mind is that the plastic bag you are putting the cheese in should be as airtight as possible.

Once the products are placed in the freezer, they undergo chemical changes as a result of contact with air. This is why we often experience changes in the taste or smell of the product after it has spent some time in the cold storage.

If you don’t want this to happen to your vegan cheese, put it in a wrapping paper and try to remove as much air as possible. You can also use an airtight container.

When freezing vegan hard cheese, it is recommended to grate it before storing it in the freezer. It will be easier to use shredded cheese for cooking purposes. Aside from that, once defrosted, vegan cheese may become crumbly and hard to grate.

If you have done everything correctly, but nonetheless, the cheese does not look or smell right, it is best to avoid eating it.

Can You Freeze Vegan Cheese Slices?

There is nothing wrong with freezing vegan cheese previously cut in slices. Moreover, it will make the job easier. Sliced cheese will come in handy when making sandwiches and burgers. It can be easily used on pizza as well.

How to Defrost Vegan Cheese

If you have frozen vegan cheese and now want to defrost it, you should know how to do it right to avoid changes in texture and taste as much as possible.

There are three ways of defrosting plant-based cheese depending on how much time you have. You can defrost the cheese:

Defrosting Vegan Cheese in The Refrigerator

Thawing cheese in the refrigerator once you have taken it out of the freezer is the best way to bring it back to life. To do so, you should first inspect how well the cheese has been packaged. If the packaging is nicely airtight, then the cheese is still safe to consume.

If the packaging is damaged and the cheese has been exposed to air while being in the freezer, it might have absorbed unwanted bacteria. Aside from that, damaged or half-open packaging may lead to cheese absorbing other smells.

To defrost vegan cheese in the refrigerator, place the cheese with a plate and let it thaw for 24 to 48 hours. While defrosting, leave the packaging on to avoid losing the moisture and taste the cheese had before being placed in the freezer.

Defrosting in the fridge is the best way to maximally retain the initial flavor and texture.

Defrosting Vegan Cheese on The Counter

Defrosting cheese on the counter requires the same steps as doing it in the fridge. The only difference is that it will thaw in less amount of time – 2-3 hours.

The time depends on the type of cheese. Harder cheeses usually take longer to fully defrost.

Defrosting Vegan Cheese in The Microwave

If you are in a rush and need that frozen vegan cheese defrosted in no time, then your only option is the microwave.

Take out the packaging and put the cheese in the microwave for around 40 seconds. Use the lowest power setting for the cheese to be evenly thawed.

Keep in mind that defrosting vegan cheese in the microwave should be your last option, as it will alter the texture quite a bit.

In addition to this, this way of defrosting is only suitable for hard cheeses, as the soft ones will melt from the outside and stay frosted inside.

Can You Refreeze Defrosted Vegan Cheese?

Refreezing vegan cheese that has already been thawed once is a bad idea. The texture and taste will suffer greatly. Aside from that, hardly will there be any nutrients left in the cheese.

In fact, it is recommended to use defrosted vegan cheese for cooking purposes as soon as possible.

I thought I’d include this video by Plantifully Based on YouTube because she shares a lot of great vegan cheese brands that she personally enjoys, which I think might be helpful for you, dear readers!

The Difference Between Hoagies And Subs