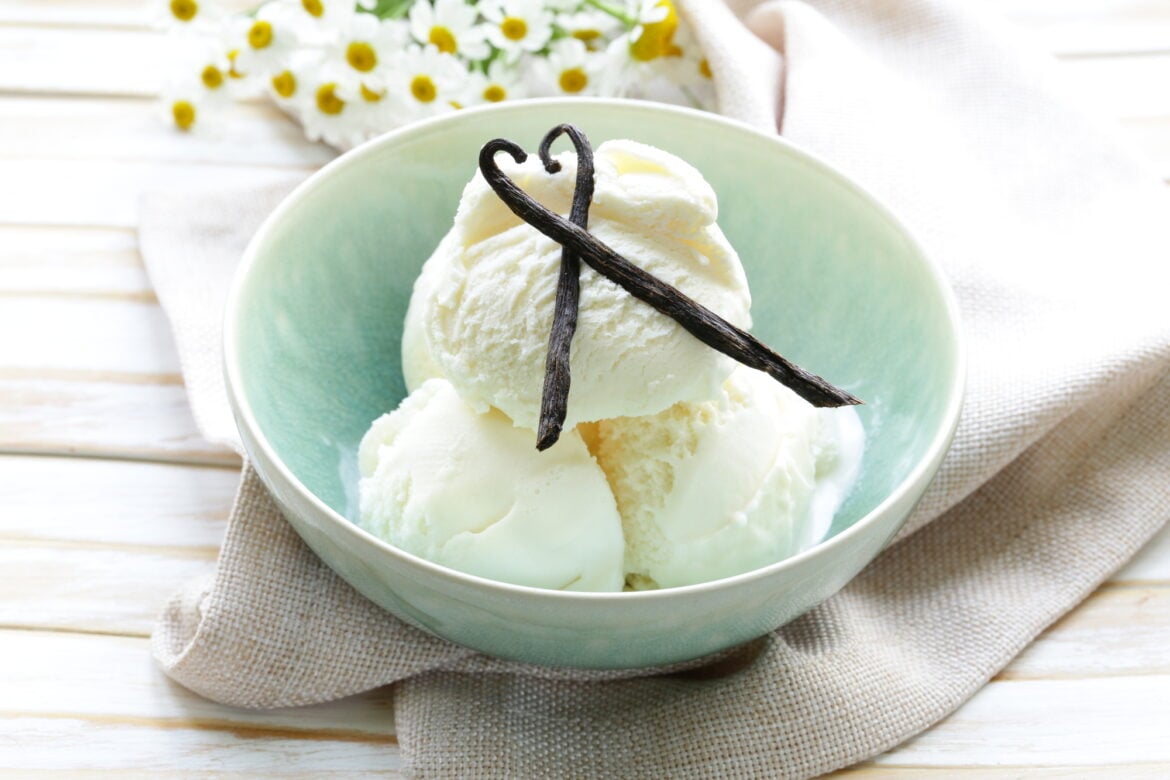 Vanilla is the fruit of tropical climbing orchids. It grows in the shape of long dark brown pods, which are filled with lots of tiny seeds. The seeds are extracted from the pods and used as a flavoring agent for various preparations.

Vanilla was once considered an exotic ingredient. Today, vanilla and vanilla-derived products are widely available in all parts of the world. You can find vanilla beans, vanilla paste, vanilla powder, and vanilla extract in online and in person stores.

This aromatic ingredient is mostly used in baking and confectionery. You can also use vanilla in the preparation of various hot and cold drinks as well as in the making of savory sauces.

There are different types of vanilla beans depending on where they grow, which all have different flavor notes.

Most Common Types Of Vanilla And How They Taste

Vanilla byproducts make it easy to add vanilla flavor to various recipes. They also make this product more accessible for both professional and amateur cooks and bakers.

Most Popular Vanilla Byproducts Made From Vanilla Beans

If you have ever come across vanillin, you probably wondered what it is and how it’s different from vanilla.

Vanillin is an organic compound that is just one of the molecules that create the complex flavor of vanilla. It is a white, crystalline powder that provides flavor and aroma similar to vanillin.

In short, vanilla contains vanillin, but vanillin does not always come from vanilla. Similar to vanilla flavor, vanillin can be both natural and synthetic.

Whenever you are purchasing vanilla byproducts, try to get ones made with natural vanilla rather than imitation vanilla.

Products made from natural vanilla are obviously pricier, but real vanilla products have a very strong flavor and you need to use only a little of them. It’s worth buying extracts, syrups, and powders that contain natural vanilla beans.

Vanilla is one of the most popular ice cream flavors. Different types of vanilla may be used to give ice cream unique vanilla flavors. As a result, the vanilla ice creams you see in stores have different labels.

Though the French weren’t the ones to invent ice cream, they were the first to use vanilla to flavor ice cream. Vanilla ice cream was then introduced to the United States by Thomas Jefferson.

Here are the most common types of vanilla ice creams based on how they are labeled and what vanilla product has been used to make them:

What Are The Differences Between Vanilla, Vanilla Bean, And French Vanilla Ice Cream?

So, let’s get to the heart of the matter. Is there a difference between vanilla, vanilla bean, and French vanilla ice cream? Let’s find out!

The most common ingredients used in the preparation of vanilla and vanilla bean ice cream are cream, whipping cream, milk, sugar, and various sweeteners. The ingredient list may vary from brand to brand.

The difference between French vanilla ice cream and other types of ice cream doesn’t have anything to do with the key ingredient, vanilla.

Vanilla, vanilla bean, and French vanilla ice creams are all flavored with vanilla, but not necessarily the same type. Check the ingredient list to find out what type of vanilla flavoring your ice cream contains.

This is not true, as the word ‘French’ in the name of vanilla ice cream implies that it is made in the French way of making ice cream, i.e., with an egg yolk base.

Vanilla ice cream and vanilla bean ice cream taste similar despite the fact that the first one is flavored with vanilla extract while the second is made with vanilla seeds.

Regular vanilla ice cream has a creamy off-white or beige color. Vanilla bean ice cream comes in similar shades, but should have black specks in it.

Now, you might be wondering why all types of vanilla ice cream are shades of white and yellow if vanilla beans themselves have a dark color.

It is added to ice cream mixtures in very small amounts compared to the amount of white ingredients used in the making of ice cream, including milk and cream.

Vanilla ice cream is commonly made by combining cream, milk, sugar, and vanilla extract. The exact method of preparation will vary from brand to brand.

Which One Is Best: Vanilla, Vanilla Bean, or French Vanilla Ice Cream?

You are probably wondering which one is best: vanilla, vanilla bean, or French vanilla ice cream. There isn’t a definite answer to this question as it all depends on your preferences!

The flavor of regular vanilla ice cream is plainer compared to the other two, and it doesn’t have such a rich and creamy mouthfeel as French vanilla ice cream, but it partners well with other desserts.

If you like a richer flavor and smoother texture with a custardy feel, go with French vanilla ice cream.

Does Vanilla Extract Go Bad? – How To Tell