The 5 Best Substitutes For Vidalia Onion 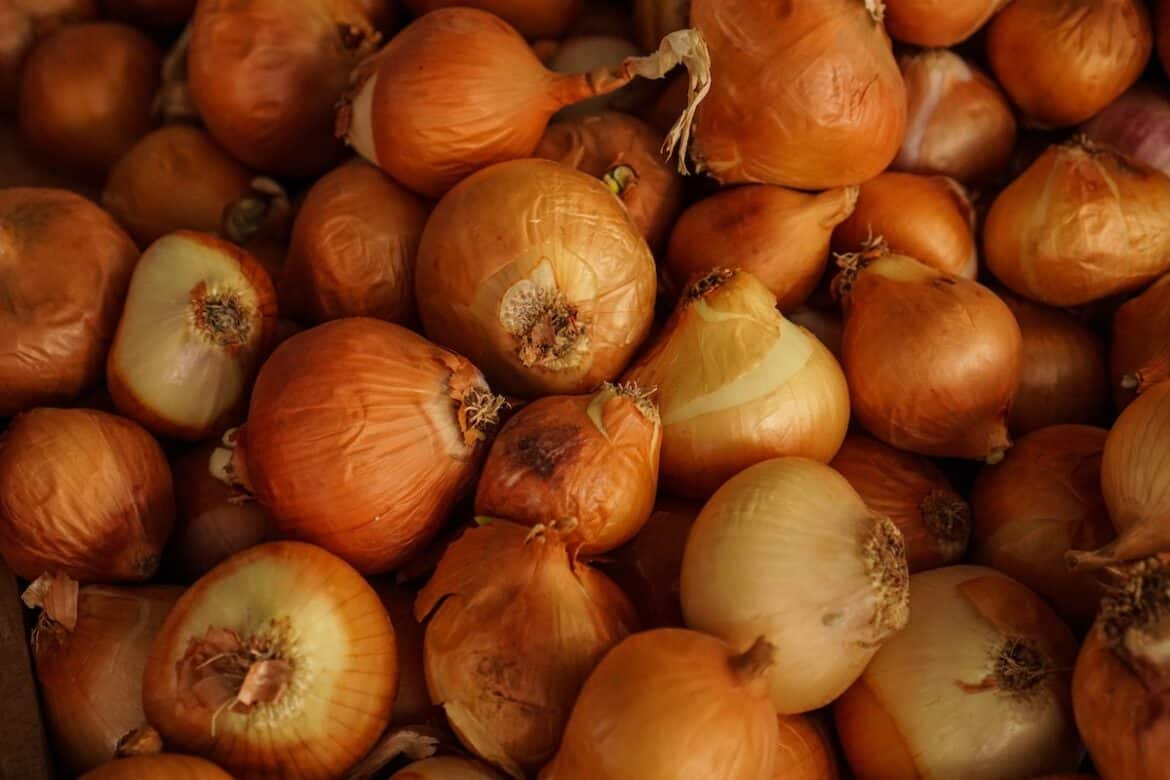 Onions are one of the most popular ingredients in the culinary world. It is used in a bounty of savory recipes and cuisines.

What makes them even more amazing is the wide range of available varieties. Some you may have heard of and others not so much, but today we will be discussing all things Vidalia onions.

Today we will have a look at exactly what this onion is, how it is used, and how it should be substituted. Then, we will have an in-depth look at the many different substitutes available and which are the best.

What Are Vidalia Onions?

Onions are used almost daily in most households, but few people actually know what variety they are using.

With a massive increase in awareness surrounding environmentally conscious production of ingredients and the increase in fusion cuisine, many new species of produce, especially onions, are being called for in recipes.

Vidalia onions aren’t new by any means and you may know them by a different name; sweet onions or sweet Georgia onions, named after the region they are native to.

These onions are a staple in many homes because of their milder onions flavor, which many people prefer. When cooking, it releases those flavors and intensifies that of other ingredients’.

Vidalia onions are actually considered to be one of the sweetest available in this category. Their sweetness comes from the way that they are grown – it all comes down to the soil!

The soil in Georgia specifically where this onion originated from in the 1930s, is particularly low in sulfur. Sulfur is what gives onions their sharp, spicy, and almost bitter flavor.

So, a lack of sulfur means that there won’t be that spice, and the sweeter flavors will emerge.

These onions can be recognized by their very unique, almost flat shape but with a very large diameter. When found in a store, the onion has dried brown peels and is white on the inside.

They are often mistaken for traditional round brown onions that are also commonly found in stores.

How To Substitute Vidalia Onions

So, you’ve come across a recipe that either specifically requires Vidalia onions or any type of sweet onion, but you cannot seem to find them anywhere.

Luckily, we have a bunch of substitutes for you to choose from, however, first, you need to understand what you are trying to substitute.

As with many other ingredients, when substituting them you are either trying to substitute their flavor or their function.

Seeing as onions do not necessarily have a specific function other than adding flavor, we will be focussing on such substitutes.

Like we have previously mentioned, Vidalia onions are one of the sweetest varieties available on the market, meaning that is your goal; finding a sweet onion, or compensating for the sweeter flavor.

Another aspect to think of when substituting is the aromas the onions add; do you want to create a more intense aroma, or are you looking to keep it mild?

In terms of substituting Vidalia onions visually, you have to find onions that are similar in shape, size, and color. So for example you won’t be able to use red onions if you want to keep the white onion color.

You also won’t be able to use small shallots or pickling onions if you want to have large slices.

These are all things you have to think about before choosing a substitution.

The 5 Best Substitutes For Vidalia Onions

Below is a list of some of our favorite substitutions for Vidalia onions. Have a look at the benefits of each before deciding which will work for you.

Each substitution is unique and works in different ways and believe it or not, but not all of these substitutions are even onions!

White onions are by far the best and most effective substitution for Vidalia onions for many reasons. First and ultimately, it is because it is an onion and provides many similar characteristics to Vidalia onions.

White onions have very similar sweet flavors compared to Vidalia onions, maybe slightly less intense. The aromas however are much more prominent and people with a very sensitive nose will immediately be able to smell the difference.

These onions work best as a substitute where the Vidalia onions were used raw. So for example in salads, salsa’s, and dips where the raw sweet flavors are necessary and very noticeable.

Their naturally sweet raw flavor is out of this world and the average person will barely notice the difference.

You can obviously also use white onions as a substitute for sautéed Vidalia onions. Their flavor will be slightly more subdued; however, their aroma will fill the air with sweet floral notes.

To substitute Vidalia onions with white onions, you should use less white onion. This is because of the aromas and less sweet taste, meaning the more you use, the weaker substitute it becomes.

Yes, you read that right! Garlic is the perfect last-resort substitute you can use. As you may have noticed, garlic goes hand in hand with onions in virtually every single recipe.

That is because garlic itself has very similar characteristics to onions.

Fun fact: garlic is actually part of the onion family! This explains why they are so often used together.

Even though they don’t look the same, they do share some elements. For one, they both have slightly sweet, slightly bitter, almost spicy flavors.

Onions do have a less intense profile, but it is still extremely similar.

So, when substituting Vidalia onions with garlic, it isn’t necessarily substituting the quantity, but rather masking the lack of it.

When onions are present in a recipe, garlic will nearly overpower its flavor and aroma, so you will barely notice the difference in taste if you don’t have onions.

We wouldn’t recommend using garlic as a substitute for fresh onions, but rather in cooked savory dishes.

Most foodies are familiar with shallots. These onions are much smaller compared to regular onions and have a more oval-like and elongated shape.

Their tiny structure is what makes their flavor so concentrated and sweet! Shallots aren’t necessarily very aromatic, but when sauteed release a ton of intense flavors.

Shallots are the perfect substitute for Vidalia onions if you want similar flavors, but keep in mind that you won’t be able to achieve the same texture when cooked.

Walla walla is another type of sweet onion that can be easily found in many parts of the world, especially the United States and makes a very good substitute for Vidalia onions.

Walla walla onions are also very sweet due to the sulfur content in the soil, not the sugar content of the onion.

This creates similar flavors to that of Vidalia onions – less spice, bitterness, and more sweetness and aromatics.

Walla walla onions have very similar appearances to regular brown onions, so their flavor is the best way to tell them apart.

You can substitute Vidalia onions with Walla walla onions in a one-to-one ratio. For every 1 Vidalia, you can use 1 Walla Walla.

This onion will substitute Vidalia in every recipe, both raw ones and cooked. The problem isn’t necessarily that it isn’t a great substitute, but that Walla walla onions aren’t always easy to find.

This is mainly because they are often incorporated and sold as regular brown onions without consumers even noticing the difference.

Also known as common brown onions, these are the category of “regular” onions that have those spicy flavors and much crunchier textures.

Although these aren’t by any means “the best” substitutes, they do very well when in a tight pinch and you can’t find any of the other substitutes.

Sweeter onions have a naturally higher water percentage compared to yellow (brown) onions. This means that they release moisture while simultaneously adding it to the mixture.

So, when using regular yellow onions, you may have to add more liquid to your food to compensate for the change.

Other than that, if the spicy flavor bothers you a lot, consider adding a teaspoon of honey to balance it out, if, of course, your recipe allows for it.

Up Next: 7 Best Glass Food Processors

The 8 Best Tomatoes For Juicers