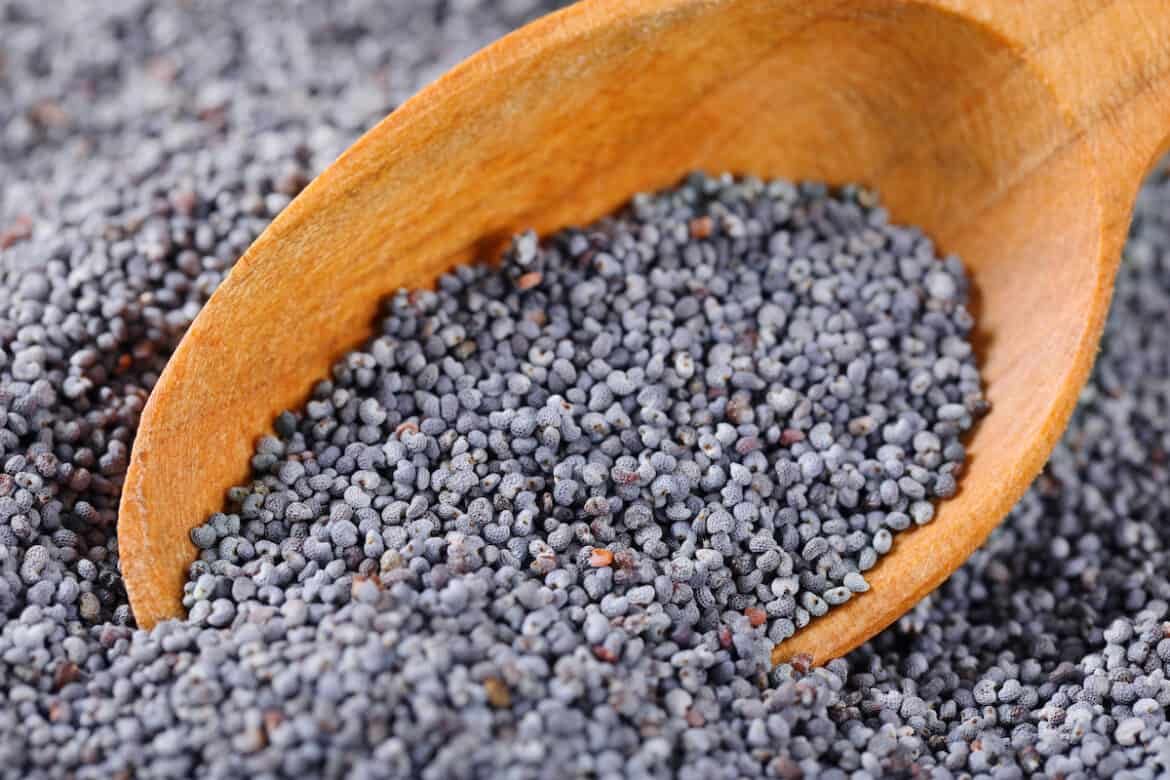 Pretty much everyone has had a muffin that was studded with tiny delicate poppy seeds. Some people worry about eating bagels and muffins with poppy seeds if they have an upcoming drug test, but their worries are largely overblown.

Poppy seeds are commonly used in both European and Indian cooking styles, and often feature in baking goods. They’re also a common addition to salads, dressings, and anything that benefits from a little texture and an interesting visual element.

Poppy seeds are one of those things that some people keep on hand habitually, especially bakers. But others might find themselves in a lurch when poppy seeds are required for a recipe, but the local grocery store has run out.

The good news is that poppy seeds aren’t such a unique ingredient that there aren’t substitutes. It’s not like truffles, poppy seeds usually aren’t the star of the show, and there are substitutes with similar flavor and quality.

In this guide, we’ll discuss some of how poppy seeds are most commonly used, as well as discussing the best substitutes, and when each option is likely to shine.

The poppy seed is relatively versatile and is used as a spice, decoration, and to add a little texture to a wide variety of baked goods.

Many people don’t notice the flavor of poppy seeds, which is mild and slightly nutty, so much as they notice the pleasant appearance of the ingredient.

However, poppy seeds have also been ground in flour for use in baking, which is a common additive to certain curries and other savory dishes.

You’ll see poppy seeds in cakes and bread, including naan, alongside vegan dishes and decorating roast lamb. For something this versatile, it’s surprising that so few people use poppy seeds.

Even though the most common use of poppy seeds is for lemon poppy pastries, you can pair poppy seeds with most flavor profiles.

Like all seeds, poppy seeds are a source of protein and some trace minerals and vitamins, but they’re also so small and used in such small quantities, that they are unlikely to make a significant nutritional difference in most meals.

Instead, poppy seeds can help you slightly tweak the flavor, balancing sweetness, bringing more complexity to savory flavors, and changing the texture of a dish.

Poppy seeds have a naturally nutty, bitter flavor, which becomes warmer and more pleasant when sweetened.

It can even be used as the star ingredient of a sweet and savory filling that breaks the general rule of poppy seeds. In poppy filling, poppy seeds are the main ingredient and the star of the show.

Poppy seeds tend to stick together when they are in their unprocessed, natural form.

They can be difficult to work with, so the poppy seeds you buy in the store have almost certainly been processed to make them easier to work with.

The good news is that this slight preparation doesn’t normally include additives like preservatives or salts since poppy seeds are highly shelf-stable on their own, like most spices.

There are two common ways to prepare and eat poppy seeds:

Since poppy seed flour is gluten-free and usually vegan, it’s a versatile addition to kitchens that need to work around food sensitivities and allergies.

The 3 Best Substitutes For Poppy Seeds

It’s hard to replace such a versatile ingredient with a single substitute. Instead, there are different substitutes for different situations.

Probably the most common and the most versatile substitute for poppy seeds are sesame seeds.

For texture replacement, sesame seeds work but are noticeably larger than poppy seeds. Instead of a pleasant kind of grittiness that pops against your teeth, sesame seeds add a more noticeable crunch.

Sesame seeds are best as a substitute in baked goods that are more savory or only slightly sweet. They tend not to work as well for very sweet pastries and breads, although they aren’t a bad substitution either.

When it comes to breads, savory dishes, and salads, sesame seeds work just as well as poppy seeds, although they offer a subtly different flavor.

Some people even develop a preference for sesame seeds over poppy seeds in these dishes or start to make both side by side instead of substituting one for the other.

If you’re looking for a seed that offers added protein and fiber, works well for sweet baked goods, and has an appearance more similar to poppy seeds, chia seeds are a good option.

We normally use these chia seeds by Nutiva, and we love them!

Chia seeds aren’t quite as small as poppy seeds, but they can actually have a more satisfying pop and crunch in different foods.

They are highly fiber-rich, like poppy seeds, and also contain a decent amount of protein per serving, making them a good option for boosting breads and other high-carb foods.

But chia seeds have one big texture difference: They can become rather slimy and moist if they’re exposed to water, sauces, or moisture.

While some people take advantage of that to make things like chia coconut pudding, but it means that chia seeds aren’t a good substitute in wet dishes.

Things like lemon poppy dressing will be a little strange in texture if you add chia seeds since the chia seeds are likely to become slimy and may even form small gel capsules around themselves depending on how much free moisture is available in the dressing.

That means that chia seeds area great eaten dry as a topping or garnish, fantastic for sweet and savory baking, but can’t replace poppy in sauces, dressings, and other moisture-rich foods.

We are constantly running out of hemp seeds in our house because we love them so much.

We like to buy the organic hemp hearts from Manitoba Harvest.

For a more similar crunch factor, you can also find hemp seeds that have been lightly toasted and ground to a smaller size. These closely mimic the texture and appearance of poppy seeds.

Toasted hemp seeds work best in savory dishes, but can be used for most poppy seed dishes.

You may want to reduce the number of hemp seeds or increase the amount of sugar in sweet dishes since hemp can be a little more overpowering than poppy seeds.

It’s worth noting that there are plenty of poppy seed dishes where substitutions aren’t needed. If poppy seeds are a garnish, used in very small quantities, or you don’t like the flavor, you can often just omit the poppy seeds.

They don’t make a big impact on baking or cooking properties, don’t add or absorb very much moisture, and usually make their biggest appearance in the texture of your food.

Unless you can taste the poppy seeds, not just feel them, feel free to leave them out.

You may want to use slightly less sugar in some recipes since they won’t have the added bitterness of the poppy seeds, but the taste difference is very subtle, so don’t worry about it too much.

There are several other substitutes that you can use. We’ve not gone into them for this article because they’re either more obvious or difficult substitutions than the options we’ve already discussed or because they are hard to find.

That said, depending on the reasons you’re substituting poppy seeds, you may want to give these ingredients a try.

Poppy seeds are an exciting and fun ingredient to work with. This ingredient might not be found in your average home kitchen, but it can add a layer of sophistication and elegance to your foods if you use it.

While poppy seeds aren’t the most common ingredient, they do have a wide variety of substitution options.

These substitutions range in flavor and texture, so you might want to experiment a little until you get the proportions, flavor, and size of your substitute just right.

Of course, everyone is a little different, so your favorite substitution might be different than your neighbor’s.

If I Use Sesame Seeds: Should I Take Any Extra Steps?

This is largely up to you. For most people, sesame seeds are a good enough substitute that you can use them as-is, as long as you bought the pre-roasted black kind.

Others like to use a spice grinder or coffee grinder to reduce the size of the sesame seeds a little. That can improve their aesthetic similarity to poppy seeds, but also risks more sesame flavor in your food.

Are Hemp Seeds a Safe Substitute for Children?

A lot of people worry that hemp seeds and other hemp products will have psychoactive effects similar to their cousin, cannabis.

The good news is that hemp seeds won’t have any psychoactive effects, and are perfectly safe for adults and children to eat.

However, hemp seeds can affect the outcome of a drug test if you eat them in large quantities since the plants are closely related.

Up Next: The Best Nuts For Salad

Soju Vs Vodka – What’s The Difference?