Sea Moss Tea – What It Is And How To Make It 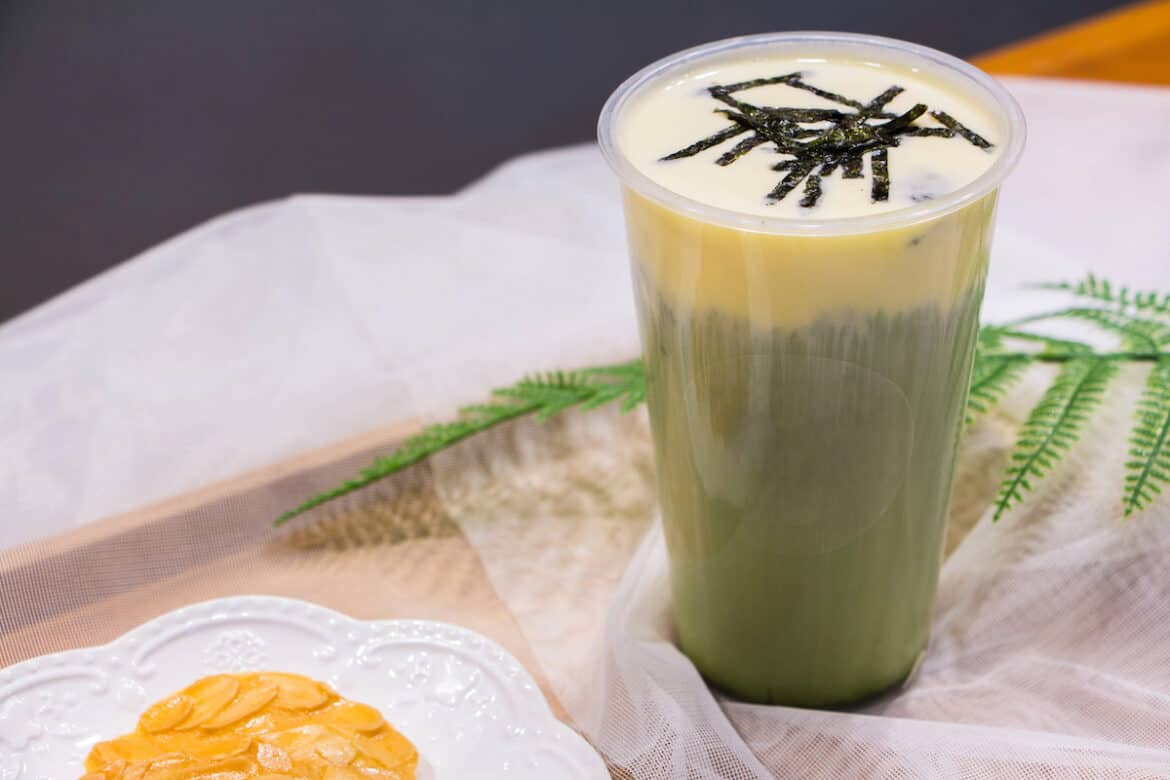 Have you been hearing about sea moss tea and the potential health benefits and wondering whether it really is what it’s hyped up to be?

While some of those benefits you hear about certainly aren’t guaranteed, there are some really great nutrients in sea moss so drinking sea moss tea allows your body to use those nutrients.

Sea moss tea can be fairly easy to make and a lot of people make it with sea moss gel as opposed to actual sea moss.

You simply create a tea following recipes that blend together some unique spices as well as tea gel. You can also find sea moss tea bags as well.

What exactly is sea moss tea? Sea moss tea is made from Irish sea moss. It’s a form of seaweed that is commonly used as a dietary supplement and is known for having beneficial nutrients for your health. It is commonly found in a gel form but can also be found in its natural state.

In this guide, we will talk more in depth about just exactly what sea moss tea is, including a recipe as to how to make your own sea moss tea.

We will discuss some of the benefits you might experience, primarily focusing on the nutrients that are part of sea moss.

Keep reading to learn more about sea moss tea and how to make it!

Sea moss gel is often easier to find and it is created from the carrageenan that is extracted from sea moss.

Sea moss is surprisingly used in quite a few things that you perhaps don’t even know about. It’s even found in baking products and certain cosmetics.

People use sea moss gel or sea moss in foods like sauces, smoothies, stews, and soups. Another popular creation with sea moss is tea, which is why we’re here!

There are a lot of stated benefits to consuming sea moss tea but we don’t want to focus on results or benefits that aren’t really a guarantee.

You might hear it used as a weight-loss supplement, amongst other things, but we don’t want to make claims like that here.

Instead, we want to focus on the nutrients that are found in sea moss. Sea moss is packed with nutrients and minerals that are vital and important for our bodies.

Some of these nutrients and minerals you can attain from other foods but sea moss tea is known for them.

Here are a few interesting tidbits about sea moss itself.

One of the primary benefits of sea moss is that it is known to offer a boost to the immune system. This is because of the dense nutrients that are in it.

Sea moss is incredibly rich in nutrients and it is also extremely low calorie. With about 2 tablespoons of sea moss, you’re consuming only about 5 calories.

Here are some of the nutrients that are known to be in sea moss. A little bit goes a long way!

Now that you understand the concept of sea moss and the benefits it might offer, let’s talk about making your own sea moss tea.

You can certainly use sea moss in smoothies and other uses but remember that a little bit goes a long way and you definitely don’t want to overdo it.

While sea moss has health benefits and dense nutrition, there is such a thing as too much of it so always be mindful of portions and don’t overdo it thinking your body will reap massive health rewards from doing so.

We recommend the gel because it’s much easier to find and it is easy to use.

Here are the 3 main types of sea moss tea you will find:

We have a simple recipe to follow for each of these.

Before we dig into the recipes, here is a quality sea moss gel if you need an option for that.

This sea moss gel is made with wild ingredients and it does not have any added preservatives, fillers, or binders in it. You get 16 ounces of gel that is ready to use and you just need to measure out your portion to make tea with.

This company doesn’t use fillers and they use only alkaline water to create the gel as well. You will find the ingredients list only contains wild sea moss as well as alkaline water.

The company is located in the USA. The sea moss used comes from the coasts of Europe and North America.

Basic sea moss tea only uses sea moss or sea moss gel and then some water. It’s pretty straightforward and probably the easiest to make but not everyone cares for the flavor of just sea moss and water.

However, if you want something quick, easy, and effective, this might be the best choice for you.

Basic sea moss tea is pretty mild and has a very subtle flavor. That is why these other popular recipes exist.

Next up is the most popular sea moss tea out there. This recipe is a fan favorite because you get the flavors of chai tea, which is a popular tea flavor. It’s got a touch of spice and it’s a soothing but energizing flavor.

This recipe is if you make it completely homemade but if you’re not interested in doing that, you could add your sea moss gel to a traditional chai tea and probably get a similar result.

Here are your steps.

This is a lengthy process if you make your chai tea from scratch. Keep in mind that you can get a similar result by using a chai tea bag or something similar if you prefer not to make your own chai. It’s totally up to you!

Finally, we have one more popular sea moss tea recipe. This one has a Caribbean flavor to it and it’s delightful, especially if you like a hint of sweet flavor.

It’s easy to make and doesn’t take the fermentation time like making your own chai tea does.

Here are the steps to make your own Jamaican sea moss tea.

This will be a hearty blend and it is easily adaptable to your own flavor preferences. We love the refreshing taste that makes you feel as though you’re on the beach of Jamaica.

You can most certainly follow any of the above recipes. You can also create your own recipe by using your favorite blend or style of tea and adding Irish sea moss gel to it.

Chai is a popular option but you’re just adding gel to your own tea creation so use whatever you like.

Just be mindful that if you are using sea moss for health benefits, you don’t want to use a sugary tea that isn’t a great option.

On the flip side, you can also just buy sea moss tea that is pre-made in tea bags and just make it that way!

Here is a really great option for you if you need one.

This first option is a simple unflavored tea that is made with Irish sea moss. It’s packed into tea bags and ready for you to prepare. It’s unflavored so you can add other spices and flavors to fit your own flavor preferences.

This premium quality tea is made with just sea moss and doesn’t’ have any additives or flavors. It’s going to be mild and tame and very similar to the basic sea moss tea recipe shared above.

In closing, sea moss tea can provide you with substantial nutrients and minerals that offer some health benefits. Be mindful not to overuse this tea as too much of a good thing can be a bad thing.

Making your own sea moss tea is fairly simple and you can use sea moss in other creations as well.

1. Start by boiling your water. This process timeline will vary depending on your stove.

2. Add a serving of sea moss gel to the water. The general rule of thumb is to measure four parts water to one part sea moss gel for making tea.

3. You can just boil water and then add the gel directly to your cup or you can add the gel to the boiling water.

4. Mix well before serving or drinking.

Up Next: 5 Best Microwaves Without Turntables

5 Best Microwaves Without Turntables Of 2022