How To Reheat Cinnamon Rolls – The Best Ways 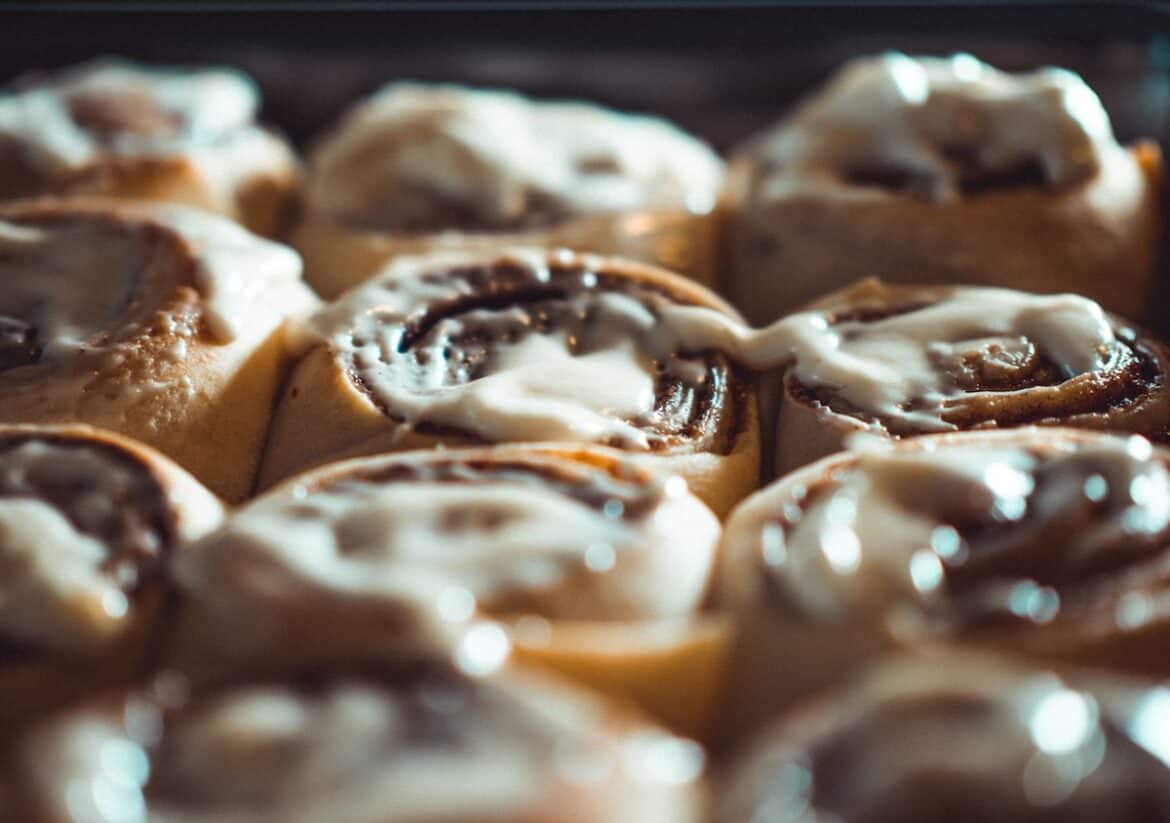 Cinnamon rolls are the definition of delicious. Their warm, gooey, and moist texture is enough to take away your blues and uplift your spirits.

Storing and freezing cinnamon rolls may drain out their softness and moist texture. Because of this, if you wish to experience their goodness even after storing them, then you need to reheat them.

There are other less time-consuming methods too. In this extensive guide, we will cover the best ways to reheat cinnamon rolls and how to do it. So, read on!

How To Reheat Cinnamon Rolls In The Oven

The oven is the most convenient and the best option for reheating cinnamon rolls. Let’s see the step-by-step process of reheating in the oven.

Quick Tip: For cinnamon rolls without frosting, consider brushing some butter on the top. This will keep the cinnamon rolls soft and gooey while also giving them a nice golden brown finish!

Pros Of Reheating In The Oven:

Cons Of Reheating In The Oven:

How To Reheat Cinnamon Rolls In The Microwave

Are you in a hurry or just can’t wait to eat warm cinnamon rolls? Do you have sudden and unexpected guests at your home? A microwave is here to save the day!

Microwave is the most time-saving option for reheating cinnamon rolls. Here’s how you can do it:

Then, take them out and savor all the warm and gooey deliciousness!

Pros Of Reheating In Microwave:

Cons of Reheating In Microwave:

So, opt for reheating in a microwave if you simply want to reheat a few rolls in no time!

How To Reheat Cinnamon Rolls In The Pan

If you don’t have an oven or a microwave, don’t despair! There’s always an option to reheat your cinnamon rolls in a pan. Let’s see the step-by-step instructions for it:

After they have heated up enough, take them out from the pan and you’re good to go!

Pros of Reheating In Pan:

Cons of Reheating In Pan:

Keep this method as the last resort if you don’t have an oven or microwave available.

How To Reheat Cinnamon Rolls In The Air Fryer

Yes, you read it right! You can even reheat cinnamon rolls in an air fryer if you want to. This method is almost as efficient as the other methods.

So, here is what you need to do:

Quick Tip: You can place parchment paper on the basket if you’re concerned about the icing melting and ruining the air fryer, but make sure to check out this article on how to properly do so!

Pros of Reheating In Air Fryer:

Cons of Reheating In Air Fryer:

So, if you are more comfortable with air fryers, go ahead with this method!

How To Store Cinnamon Rolls For Reheating

Tip 1: Know Where To Store Them

First of all, consider where you will store your cinnamon rolls. There are three ways to store them:

Tip 2: Use An Airtight Container

If you keep your cinnamon rolls out in the open, they may become dry due to moisture evaporation. Well, we don’t want that here!

So, the best way to stop the moisture from escaping is by using an airtight container. This will keep them somewhat moist.

If you don’t want to use an airtight container, you can opt for saran wrap or even aluminum foil. Just wrap them and put them inside a freezer bag for additional protection.

When Do Cinnamon Rolls Go Bad?

If you store cinnamon rolls at room temperature, then they remain fresh for up to 3 days. After that, avoid reheating them as they may go stale.

If you have kept them in the freezer, they remain fresh for up to 3 months. But, the taste won’t be the same after 1-2 weeks as yeast-based products often lose their actual taste when frozen.

These four options to reheat cinnamon rolls are some of the best we’ve found and truly are a great way to warm up and enjoy their scrumptious taste.

The best one is undoubtedly the oven as it prevents sogginess and keeps the rolls moist.

You can also opt for microwave or air fryer for quick heating. The last resort if you don’t have any of the three above is to use a pan and stove.

Ultimately, the final decision depends on your preference!

Up Next: 17 Best Sour Candies

7 Best Oven-Safe Cooling Racks (And Why You Need One)