Home Foodsguy Is A Pickle A Fruit? – The Complete Guide
FoodsguyThis vs That

Is A Pickle A Fruit? – The Complete Guide 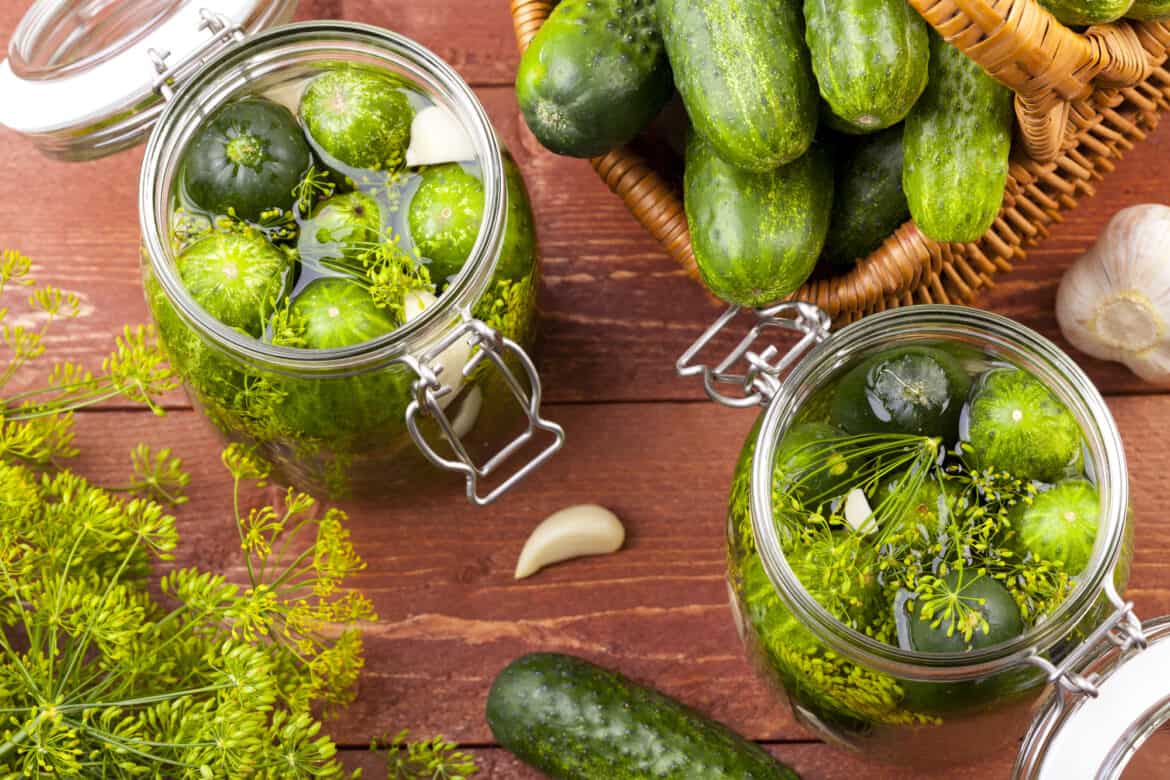 We’ve analyzed the question from all angles so that you don’t have to wonder any longer.

So what’s the verdict – is a pickle a fruit? Yes, pickles are fruits, but more than that, pickles are technically also vegetables and berries. Pickles are made from cucumbers, which grow from a blossom and contain seeds but no pit. Botanically speaking, they are a vegetable, fruit, and berry all at once.

It is worth noting that there is a significant difference between the culinary view of fruits and vegetables compared to the botanical definition, not to mention the debate over whether or not pickles are cucumbers in the first place.

Stick with us while we take an in-depth look at these factors and many more in the following article.

Most of us think of vegetables as the plant-foods that are served with dinner in a salad or cooked and often covered in butter or another savory sauce.

Fruit, on the other hand, is picked from a tree or a bush and is more likely to be eaten raw or served with sugar in a dessert, treat, or possibly breakfast.

What is a Fruit?

In the field of botany, or plant science, a fruit is the seed-bearing portion of a flowering plant. Not all fruits are edible.

In common, culinary terms, fruit is often associated with edible items that have seeds, but we think of them mainly as sweet, such as apples and peaches, or sour, like citrus fruit. They’re often eaten raw, or at least can be enjoyed that way.

Botanically, many edible items that we would consider vegetables or grains are actually fruit. Bean pods contain seeds and grow on a flowering plant, so they are also fruit.

Wheat grains also contain seeds and grow on flower plants. The same is true for tomatoes, corn, and cucumbers.

What makes a fruit a fruit depends on how scientific you want to be with your definition.

What is a Vegetable?

Vegetables, according to botany, are the part of any plant that is able to be consumed by humans. Technically, this includes the leaves, stems, roots, flowers, and even the fruits.

Botanically speaking, a fruit is a vegetable.

To simplify things, in the culinary world, parts of the plant that are given their own designations, such as fruits but also including nuts, flowers, and grains, are generally no longer classified as vegetables.

However, to bring back an element of confusion, also in the culinary world, savory fruits like tomatoes, eggplant, and cucumbers are referred to as vegetables.

Similarly, flowers such as broccoli and cauliflower, and seeds such as pulses, are also called vegetables.

So while you would not call a beetroot or a carrot, for example, a fruit, you can call any fruit a vegetable and still be technically correct.

Is Cucumber a Fruit?

Cucumbers are botanically a fruit. They grow on a flowering plant and have seeds inside of them.

From a culinary perspective, however, they are usually considered a vegetable. Cucumbers are more of a savory fruit and more likely to be eaten like a vegetable.

They are rarely cooked, however, and when grown well they do have a lovely sweetness to them, so there is still room for arguing fruit, even in culinary circles.

As you know now, all fruits are technically also vegetables, so you would be 100% correct calling a cucumber either a fruit or a vegetable and it would ring true botanically and could even be argued from a culinary perspective.

Is a Cucumber a Berry?

One further classification we haven’t yet discussed is berries.

In botany, a berry is a type of fleshy fruit that does not have a pit. They are produced from a single flower on a flowering plant, and that plant has only a single ovary.

By this definition, stone fruits such as peaches are not berries, but neither are raspberries or strawberries because they are made from flowers with multiple ovaries.

On the other hand, bananas, grapes, and cucumbers are considered berries.

It is very rare for this definition to be used outside of the botanical field of research.

In a culinary sense, a berry is any fleshy fruit that does not have a stone. This includes the ever-popular strawberry, but it also includes tomatoes, eggplant, and cucumbers.

Therefore, yes, a cucumber is also a berry.

How are Pickles Made?

To get to the bottom of whether or not a pickle is a fruit, we need to decide if anything changes botanically when the fruit is pickled. The answer to this is no, a fruit is a fruit, regardless of how it is prepared.

Pickling is a form of food preservation that uses vinegar and brine in a jar or other airtight container to ferment the food and protect it from bacterial growth and spoiling.

It can be used to preserve any edible food item, though fruits and vegetables are the most popular items pickled today, with cucumbers and cabbage being the most commonly pickled foods.

With that being said, you could equally ask, “Is a pickle is a vegetable?” and the answer could be yes.

Is a Pickle a Cucumber?

In North America, if you ask for a pickle, you’ll most likely be offered a small pickled cucumber. In other parts of the world, you may be handed any variety of pickled fruits or vegetables, or even eggs, fish, or meat.

Cucumbers can certainly be pickled, but not all pickles are cucumbers. We’ve dedicated an entire article to answering the question, Cucumbers Vs Pickles – What’s the Difference?

Conclusion – Is a Pickle a Fruit?

Now that you understand that a cucumber is technically a fruit, vegetable, and even berry, and that pickling a fruit does not change its classification, we can safely assert that pickles are fruits.

However, not all pickled foods are fruits in the first place. Yes, cucumbers may be the most commonly pickled food, and those are fruits, but a pickled herring is certainly not a fruit.

Pickles can also be vegetables or even non-plant-based foods.

The language and definition of edible foods are very diverse, ranging in meaning depending on whether you’re a chef or a botanist, and whether you’re located in the USA or Britain.

Do Pickles Count as a Vegetable Serving?

Most countries around the world have a recommended number of servings for fruits and vegetables for the average person. In the US, Americans are encouraged to eat 4–5 servings of fruit and vegetables each day.

However, you should not consider a couple of sweet pickles on your fast-food hamburger a serving of vegetables that will keep your body healthy.

As an occasional part of an otherwise healthy diet, pickled fruits and vegetables can count toward your recommended servings of vegetables.

Pickles, as in pickled cucumbers, are absolutely vegan friendly. They are simply cucumbers that have been preserved in brine or vinegar, both of which are vegan.

Some pickles are fermented and you may see the term “lacto-fermentation.” This does not mean there is any milk (lactose) used in the process. Lacto refers to the sugars in food breaking down into lactic acid.

Depending on where you are in the world, pickles may refer to any food item that has been pickled. Certain cultures frequently pickle seafood or other animal products, including pork, beef, and eggs.

In those cases, no, the pickled food item is not vegan.

There are scientific differences and a few other cultural considerations and, if you’re interested, we analyzed the differences between gherkins and pickles carefully in a related article.

Up Next: Do Cucumbers Need To Be Refrigerated?

7 Best Placemats For A Round Table

Rosé Vs Moscato – What’s The Difference?