Home Cooking Tips What Kind Of Oil And Vinegar Does Subway Use?
Cooking TipsFoodsguy

What Kind Of Oil And Vinegar Does Subway Use? 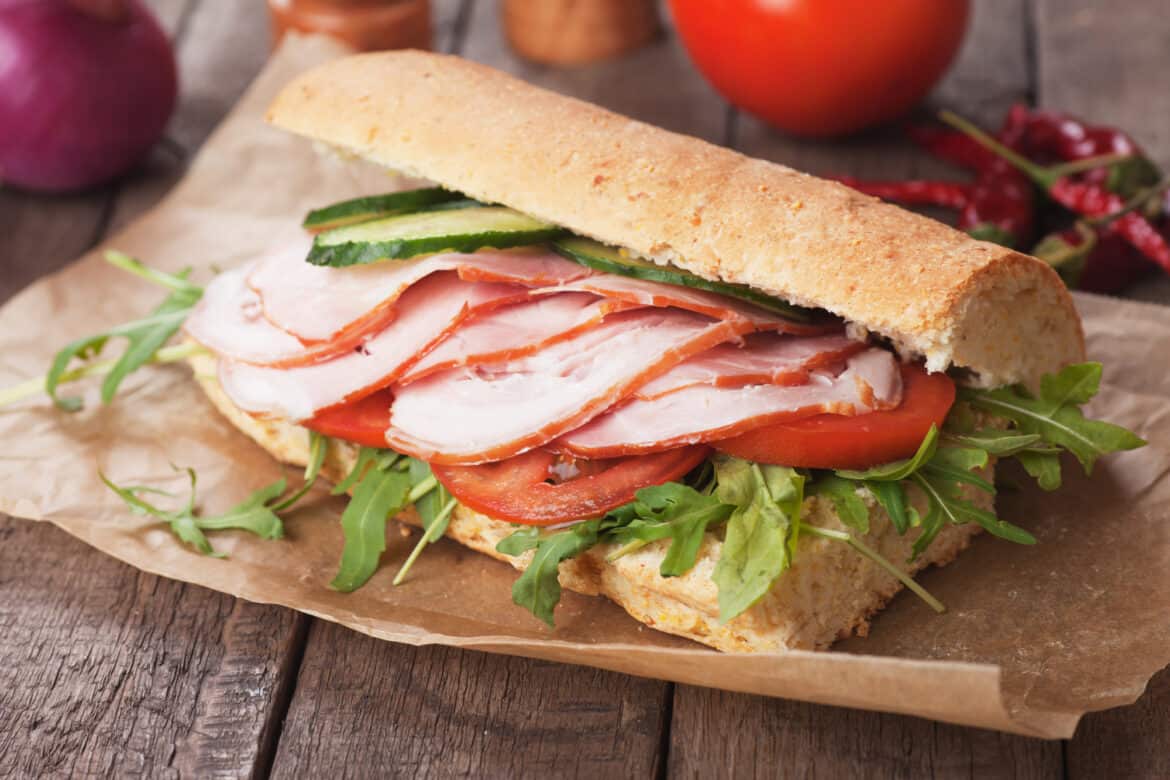 When you’re on the go and looking for something filling and relatively fresh, Subway is often the number one stop. It’s a great option since you can customize your sandwiches or salads and make them exactly how you like.

One of the main ways to customize your Subway purchase is with the different types of sauces you can choose. They have tons of varieties ranging from Italian Dressing to Chipotle Southwest to Ranch and all kinds of choices in between.

If you’re looking for something a little more basic and neutral tasting to let the ingredients in your sandwich or salad really shine, then you might choose the oil and vinegar option.

This choice can be lighter and still give you that richness and tanginess that you crave on a good salad or sandwich.

But what kind of oil and vinegar does Subway use? The oil is a combination of about 10% olive oil and 90% canola oil, while their standard vinegar is red wine vinegar. When combined, they can create a light and tangy dressing.

Read on to discover how the oil and vinegar used in Subway sandwiches compares to other brands.

From what we have been able to find out through our reasearch, Subway uses in their oil and vinegar is a blend of canola and olive oil. Generally, the mixture is about 10% olive oil and 90% canola oil.

This ratio is likely because canola oil is much cheaper than olive oil and has a very mild flavor. Olive oil is a classic oil the can have a strong and distinct taste that can vary by brand.

So if a company like Subway is looking for consistency across all of their products, then they will want to rely on a milder oil, such as canola, for the bulk of their mix.

Using canola oil is an inexpensive way to maintain a consistent flavor throughout all their stores across the nation, while still providing a richness to the mix.

Canola oil is also called rapeseed, so if you see that on a nutrition label, it is the same as canola.

To get red wine vinegar, producers ferment red wine so that most of the alcohol content is converted into acetic acid.

That means the final product has virtually no alcohol in it, but it does have the sourness of a traditional vinegar thanks to the acetic acid.

The red wine that is fermented gives this vinegar its distinct flavor. It is often used in a lot of Mediterranean cooking and you can find it in delicious sauces such as chimichurri.

It is also super popular to use in vinaigrettes and when pickling vegetables.

How Does Subway Oil Compare To Other Brands And Varieties?

When it comes to culinary oils, there are countless varieties on the market that vary in availability based on where you live and what kind of cooking you are doing.

In terms of Subway oil, it is a slightly different from other oils since it is a blend of two varieties.

Subway oil is made of a combination of canola (or rapeseed) oil and olive oil. Canola oil is classified as a vegetable oil, even though it technically comes from a seed, and is widely available in grocery stores around the country.

It is often used for frying and high heat cooking, in salad dressings, and even in baking. It has a neutral taste because part of the processing of canola oil typically includes deoderizing it so it has virtually no flavor whatsoever.

If you want to replicate the Subway oil and vinegar at home, but don’t have canola oil on hand then there are a few options you can use as replacements.

The other oil used in the Subway blend is olive oil. Generally, olive oil has a stronger flavor than a lot of these other oils thanks to the distinct taste that comes from the olive fruit.

There are different levels of intensity when it comes to olive oil ranging from High Phenolic Olive Oil to extra virgin olive oil to light tasting olive oil.

Generally, when it comes to restaurants that require consistency across a large number of stores, they are not going to go with the strongest tasting oil.

Though we can’t find the exact information, we feel pretty safe stating that Subway likely uses a light olive oil. They need to appeal to a wide variety of taste buds and the stronger olive oils may not be for everyone.

Light olive oils have been refined more than their high phenolic and extra virgin counterparts to remove the flavor, but also the antioxidants and strong color you will see in pure olive oils.

If you want to replicated the mix of Subway oil at home, we recommed using a light olive oil combined with one of the above mentioned vegetable oils in a 1 part olive oil to 9 parts canola/vegetable/avocado oil ratio.

That being said, if you enjoy the taste of strong olive oils, feel free to use an extra virgin or virgin variety. Just know that the taste will not be an exact replica of the oil used at Subway restaurants.

How Does Subway Vinegar Compare To Other Vinegars?

The red wine vinegar that Subway uses in their oil and vinegar blend is a really delicious choice that has a distinct flavor profile.

While no vinegar is going to taste exactly the same, there are some that are simliar enough that you can sub them out in recipes for an approximation.

Up Next: The Best Red Wine Vinegar Substitutes