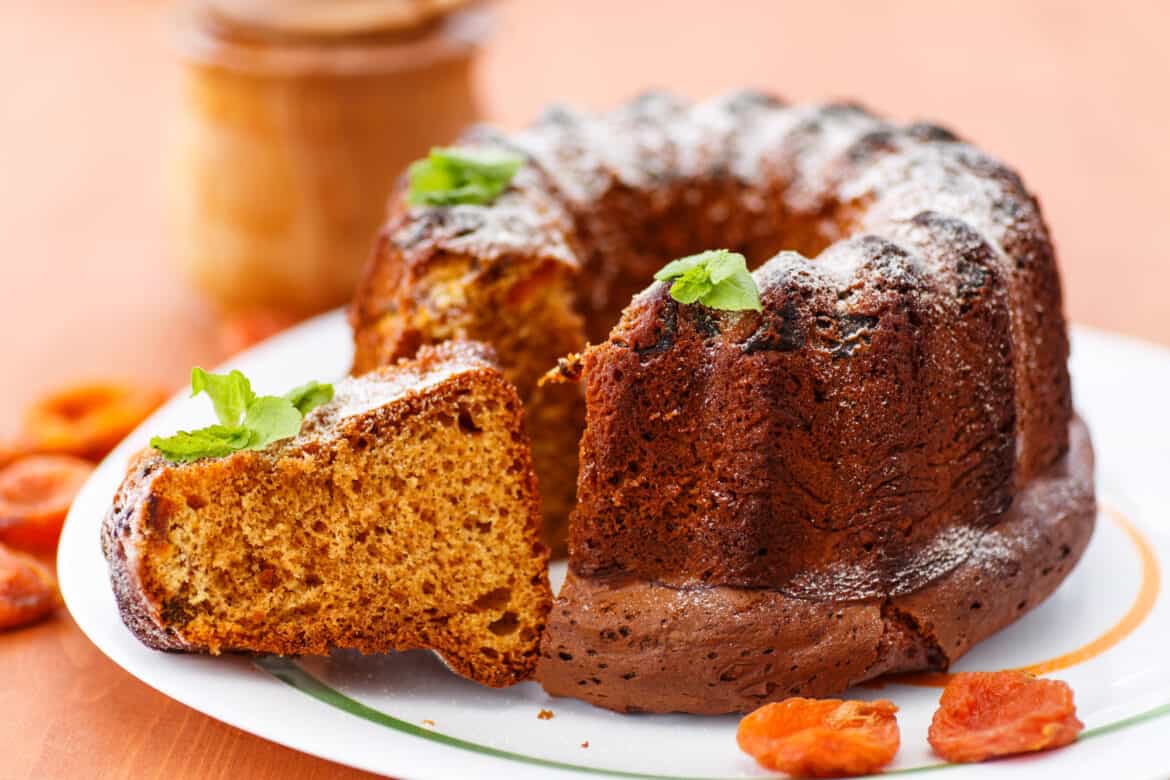 You may have popped a loaf of banana bread in the oven and wondered “am I actually baking bread? Or is this just a sweet cake that I’m baking in a bread loaf?” Not many of us have sat down to work out the difference between a cake and a loaf of bread.

The confusion is understandable since we have a habit of calling basically anything baked in a loaf pan “bread” whether or not it fits the actual definition.

There are different types of breads, which include things like flat breads, quick breads, and yeasted breads.

When it comes to what we would normally classify as bread, we are typically thinking of a yeasted bread that is made from a dough that is kneaded, rested, and given time to rise before baking. When compared to a cake, you might already see a big difference between the two.

So, is cake bread? Even though certain cakes are called breads and baked in a loaf pan, like bannana bread, they don’t contain yeast, so technically they are not breads. They are quick breads that use baking powder or soda to rise and don’t need to be proofed.

Read on to discover more differences between cakes and breads, how they are similar, what types of bread may seem more like cake, and whether other pastries or desserts can be classified as bread.

When you look at the ingredients in cakes and breads, there are certainly lots of similarities. You also have many types of sweet and savory loaves that are called breads, which can lead to some confusion. Baked goods such as:

Are not actually bread in the traditional sense. They belong to a category called quick breads, which are different than a traditional yeasted bread.

While bread and cakes both contain flour and can be baked in similar loaf pans, the traditional definition of a yeasted bread requires:

The yeast is essentially what differentiates a cake from a bread, even if they are both baked in loaf pans.

Cakes and quick breads don’t use yeast to create their rise and can have very different crumb structures (though some breads can be dense like cakes and vice versa).

If your “bread” doesn’t contain yeast, then technically it isn’t bread at all, but a cake dressed up as bread, regardless of whether it is sweet or savory.

Most of the cakes that you think may be breads actually use baking powder or baking soda to achieve their rise.

When you bake with yeast, your bread or yeasted dough will require a specific rising period (or proofing).

Often, that can be done on the counter top in a proofing basket or makeshift version with a tea towel over top, if your kitchen is warm enough. Or you can place it in the oven (unheated) to get the rise you need.

To bake a quick bread or cake with baking powder or baking soda, there is no proofing or rising time required. You can quickly combine all the ingredients and then pop them in the oven straight away. Hence the name quick bread.

Considering many baked goods we eat are called breads instead of cakes (maybe to make us feel better about eating dessert for breakfast), it makes sense that you would think they are actually bread.

Without adding yeast or proofing the dough, then no matter how it is baked, it can’t be called bread in the typical sense.

When we typically think of bread, what comes to mind is generally a yeasted bread like rye bread, a perfect loaf of white or brown bread, or a crispy baguette.

We also tend to think of breads as savory, though as we will see, some breads are made with enriched doughs that are meant to be sweet.

When you bake a cake in a loaf pan, it may rise like bread and be able to be cut into bread-like slices, but technically it is not a traditional yeasted bread, but a quick bread made with baking powder or soda that did not require any proofing time.

How Are Bread And Cake The Same?

In fact, there are lots of similarities between bread and cake:

Despite all the crossover between breads and cakes, the main difference remains the same: cake batter does not contain yeast, while breads are made with a yeasted dough that requires rising/proofing time before baking.

How Are Bread And Cake Different?

As we’ve seen, the main difference between breads and cakes is really the addition of yeast as opposed to baking powder or baking soda.

Otherwise, breads and cakes can be incredibly similar, especially if you are using an enriched dough.

A good rule of thumb to follow is that if you didn’t add yeast and you didn’t proof your dough, then what you have is cake pretending to be bread.

While it does get a little confusing, since they can be called quick breads, if we’re being strict, they are still not bread in the traditional sense.

Are Any Types Of Cakes Classified As Bread?

The quick answer to this question is no. If it is “cake,” then it can’t be bread.

You may also find other types of breads called “cakes” such as an Almond Yeast Cake amongst others.

However, if you see that the ingredient list includes yeast as a leavening agent and requires rising or proofing time, then you can be confident that it is, in fact, a bread not a cake.

When you think of pastries such as flaky croissants, mille feuille, choux pastry, and pie crusts, you might be wondering whether any of these items are also bread. However, despite some similarities, they are not the same thing.

Pastry is typically made from a combination of flour, water, and a fat of some kind such as butter, lard, or shortening.

It relies on the chemistry of the flour molecules and the fat molecules interacting to produce the beautiful, flaky, and decadent texture that you are used to.

Some pastry recipes will also include eggs, such as choux, and may be enriched with sugar or other ingredients. But the main difference that separates pastry from bread is, you guessed it, the addition of yeast to the dough.

Without yeast, a pastry does not make that transition to bread, though treats such as croissants may seem very bread-like in their appearance and texture.

The layers of fat and flour are what make pastry so special and so different from your standard bread.

Are Any Other Pastries Or Desserts Bread?

If we follow the classification of yeast breads being anything that includes yeast as a leavening agent and requires rising or proofing prior to cooking, then absolutely there are pastries and desserts that would be classified as breads.

One of the most classic sweet pastries enjoyed by millions is the cinnamon roll.

This pastry is traditionally made using an enriched yeasted dough that is covered in cinnamon and sugar (and sometimes delicious icing). It requires proofing in order to get the right texture before baking.

Treats such as Bath buns, hot cross buns, Chelsea buns, Saffron buns, sticky buns, Belgian buns, currant buns, honey buns, iced buns, and many others are all made with a traditional yeasted dough.

They are often enriched with butter, milk, sugar, eggs, and add-ins such as honey, dried fruits, chocolate, and spices.

They are generally served as desserts or treats at tea time and fit the criteria of traditional bread thanks to the process of kneading a yeasted dough and allowing it to proof before baking.

As you can see, there is a distinct difference between cakes and breads. Cake is often a quick mix batter that includes flour, eggs, sugar, and butter.

This batter or dough is typically leavened with baking soda or baking powder and does not require any proofing time prior to baking in the oven.

When it comes to bread, the process is a little different. Though breads are also made of flour and can be enriched with eggs, butter, milk, sugar, and other flavors and spices, the distinct difference is that they require yeast as a leavening agent.

To make your bread, you will generally have to knead your dough and then allow it to proof or rise for a set period of time before placing it in the oven to bake.

If you skip the proofing period, then your bread will be flat and have an unpleasant or tight texture.

Some breads definitely taste and act like cake thanks to their enriched dough and delicious additions such as dried fruits, candied peels, sugar, cinnamon, chocolate, and other taste treats.

The most popular ones are:

Pastries such as croissants, pie crust, choux buns, and other flaky pastries are not classified as bread even though they may taste similar and have similar textures.

In order to get the rise and flakiness characteristic of a pastry, the flour is combined with a fat like butter, lard, or shortening into layers.

While the dough is allowed to rest, this is to keep the fat from melting as opposed to activating the yeast.

Regardless of what you call it, breads, cakes, and pastries are a real treat!

Up Next: French Vanilla Cake – Recipe

What Kind Of Oil And Vinegar Does Subway Use?