Is Coffee A Vegetable? – The Complete Guide 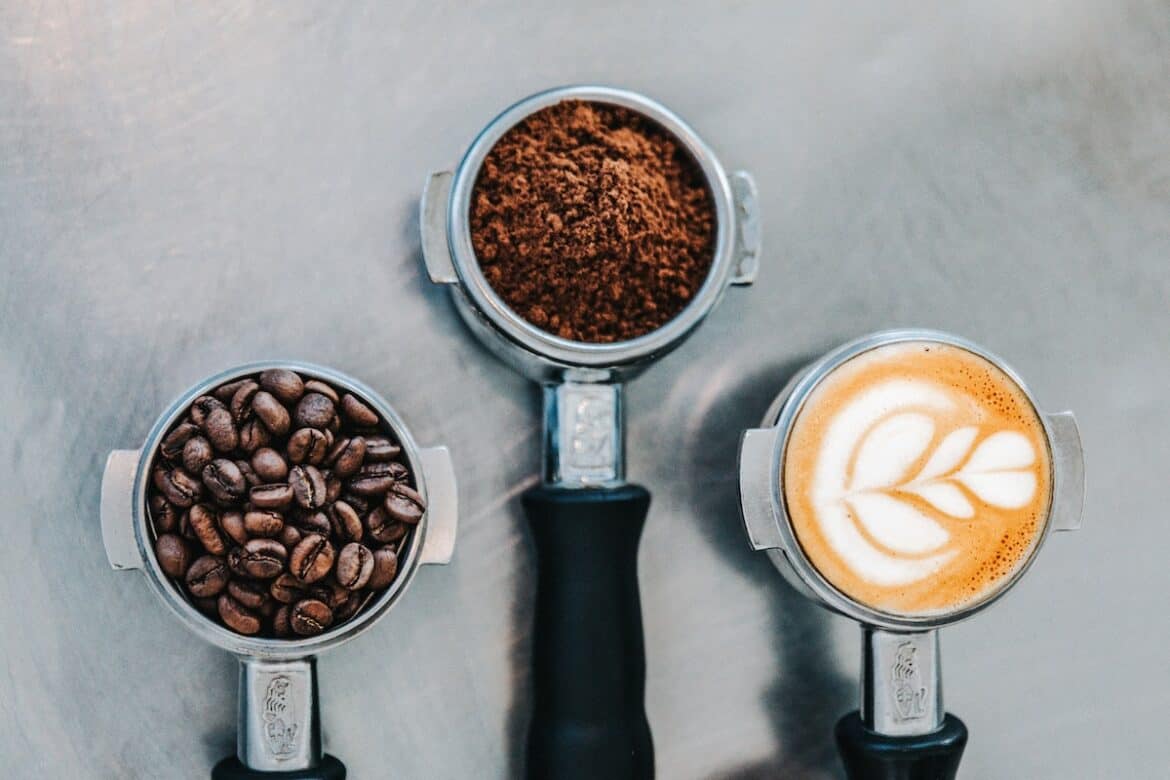 Coffee comes from beans and therefore must be a vegetable, right?

However, the coffee beans grow inside cherries, so perhaps it’s a fruit? It’s a plant, so it must be one or the other, at the very least.

So is coffee a vegetable? Technically speaking, coffee is a vegetable, since it is an edible plant. However for a more accurate classification, coffee is most specifically the seed from a berry, which is fruit.

If you’re an avid coffee drinker and would like to eloquently defend your right to drink copious amounts of the dark, caffeinated beverage, this article will give you all the knowledge you need to be taken seriously.

Learn how to accurately classify coffee and much more in this short but highly informative article.

Is Coffee a Fruit or a Vegetable?

If you ever drink coffee or make it for a lucky loved one, you’ve likely heard of coffee beans.

Beans are vegetables. Therefore coffee must be a vegetable, right?

Technically, any part of a plant that is used for food is considered a vegetable, so that is true. However, both botanically and culinarily, most plant-based foods are further classified based on the type of plant they are.

First, beans are legumes, not simply vegetables. But are coffee beans legumes then? No. Though they are called ‘beans’, coffee beans are actually seeds.

To get to the bottom of this debate, let’s take a closer look at exactly where coffee starts.

Where Do Coffee Beans Come From?

We know money doesn’t grow on trees, but coffee is just as valuable to many of us, and it does grow on trees. More specifically, coffee grows on shrubs that are native to tropical Africa and Asia.

There are more than 1200 species of Coffea plants, though not all of them produce the beans that we turn into our caffeinated beverages.

Coffee is considered the world’s more valuable commodity, and it’s also the most widely traded.

Coffee is now grown practically all over the world, and popular coffee regions include much of the Americas, even in parts of the U.S., as well as expanded regions of Africa and Asia.

Some of the biggest growers and exporters of coffee include Indonesia, Vietnam, Ethiopia, Kenya, Rwanda, Honduras, Guatemala, Costa Rica, Colombia, and Brazil, but there are many more countries out there regularly producing our favorite “beans”.

Does Coffee Come From Cherries?

If you’re quite knowledgable about where your coffee comes from, you may have heard that coffee beans are the seeds of coffee cherries. This is true, although they’re not the conventional cherries that you might grow in your yard if you live in North America.

Coffea plants produce small, red or purple fruits often called cherries. They aren’t true cherries, however, because they don’t have a stone and they aren’t part of the Prunus family, as a true cherry would be.

Most berries contain 2 seeds, which are what humans collect to roast into coffee beans. Occasionally there is only one seed and, instead of being shaped like a typical bean, they’re smaller and round.

These rare single beans are called peaberries and they can still be roasted to make into coffee. They’re usually simply combined with all the other seeds.

In case you were wondering about classification, the berries are both berries and fruit, and the coffee beans inside are seeds.

The “cherries,” or berries, that grow our beloved coffee beans are edible. Much like the bean, they are highly caffeinated.

Unlike the dark seeds, they are quite sweet and juicy. However, the skin can be bitter. Those who eat the berries fresh liken them to a floral flavored watermelon.

The pulp of the fruit is somewhat slimy and not enjoyable to everyone so they’re often used to make juice.

Is Coffee a Juice?

If coffee comes from a fruit and the fruit is often made into juice, does that mean every time we grab a cup of joe we’re actually drinking hot juice? Not so much.

When hot water is poured over coffee grinds, it acts as a solvent, releasing the soluble parts of the bean into the water, including the flavor and the caffeine.

How Coffee Beans Are Made

Once the berries are picked from the Coffea plant, they are sorted, based on how ripe they are.

Then the flesh is stripped away, leaving just the seeds. They are covered in a thin layer of thin mucus and, to get rid of the slime, the beans are lightly fermented and then well washed to remove any residue.

The vast majority of coffee then goes on to be roasted. The roasting process changes the chemical composition of the bean and is what gives us the delightfully unique flavor of coffee.

The heat breaks down the starches in the beans, brings forth the natural oils, and caramelizes the sugars, turning the beans brown and building the flavor.

There are different roasts of coffee, depending on how long they are heated for and at what temperature. The darker the roast, the more the natural sugars and fiber burn off, leaving a bolder flavor.

Lighter roasts retain more variety and complexity of flavor thanks to the oils and acids remaining in the beans. They’re often considered to have a stronger taste, though not as robust. They’re sometimes even considered citrusy and can be more acidic.

The amount of roasting time affects the caffeine content as well. The longer coffee is roasted, the less caffeine it has. A typical lighter roast will be more caffeinated than a typical dark roast.

What is Green Coffee?

Under normal circumstances, you cannot juice coffee beans themselves, just the fruit. Roasted coffee beans have less than 2% water, so it would take an immense number of beans to create even an ounce of juice.

Green coffee may either be a powder used to flavor hot water or an extract. It can also be used as a supplement, in extract form or as a pill.

One way to make green coffee is to soak green coffee beans in water to release the caffeine and other nutrients. It’s then reduced to a highly concentrated extract. You could also soak your own green beans, at least for 8 hours, and then boil it and strain it.

More commonly the unroasted beans are ground into a fine powder. This powder is can be packaged in something similar to a tea bag or it can be added directly to hot water and then strained with an ultra-fine sieve.

The powder won’t dissolve like instant coffee, but it will stay chalky in the water unless it’s removed.

The flavor is nothing like the coffee we’re used to, as the taste is mainly developed through the roasting process. Green coffee is mild and refreshing with a somewhat woody, earthy flavor that is closer to an herbal tea than a cup of conventional coffee.

Green coffee, though very different from traditional coffee, is still considered a seed used to make an infusion, though it can also be an extract.

Now that we’ve established that coffee, while technically a vegetable in terms of the very broad definition, is more accurately a seed, it’s time to decide whether it has the benefits we have come to associate with plant-based foods.

Seeds are typically praised for their high concentrations of healthy fats. The roasting process burns off any discernible healthy fats, so that is not where the benefits come from, though there are many.

Most coffee lovers highly value the caffeine content in their hot beverages. Caffeine is not just a natural stimulant but it’s also a psychoactive substance. This means it triggers epinephrine and norepinephrine, the hormones responsible for brain function and physical performance.

Many people worry that caffeine will increase blood pressure and heart problems because of the stimulation; however, studies show the reverse. Coffee drinkers have a lower risk of developing heart disease and/or having a stroke than non-coffee drinkers or even decaf drinkers.

In addition to caffeine, coffee also contains a variety of vitamins and minerals.

Even though coffee isn’t your stereotypical vegetable, it still has many impressive health benefits.

Is Chocolate a Vegetable?

Much like coffee, chocolate comes from beans – cacao beans, to be specific. Also similar to coffee, these beans are not true beans, nor are they legumes, but rather cacao beans are the seeds of the fruit of the cacao tree.

Is a Cherry a Fruit or Vegetable?

Cherries are fruits. Although, more specifically they are drupes, which is a fancy name for stone fruits.

Drupes are fruits that have a single seed, or stone, surrounded by a pulpy flesh and a thin skin. Peaches, plums, and olives are all drupes as well.

Are Beans Fruits or Vegetables?

Beans are an interesting and unique food, essentially making up their own food group under the name legumes. Legumes are plants within the family Fabaceae.

These plants technically produce fruit because they have seeds inside them.

If the entire pod and inner seeds are eaten, as is common with green beans or wax beans, they are fruit though they are treated as vegetables from a culinary perspective. If the seeds are dried, they’re considered pulses.

Up Next: 7 Best Coffee Beans for Pour Over

Daikon Vs Radish – What’s The Difference?