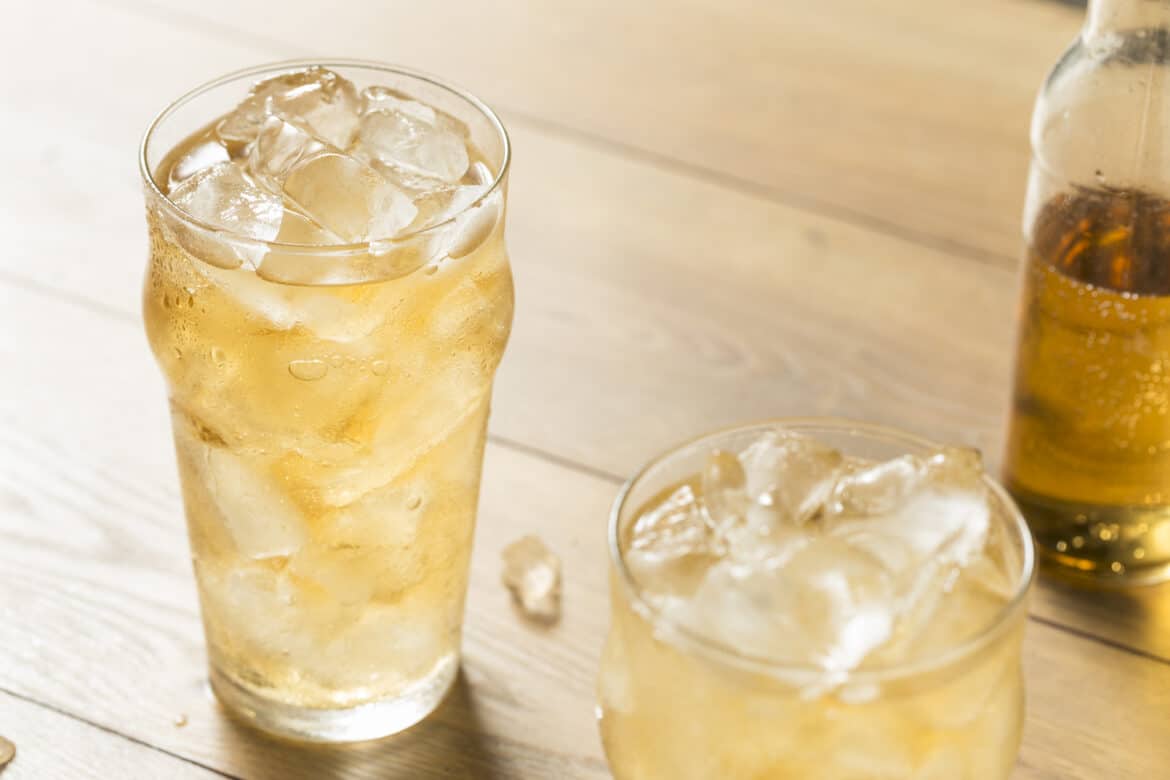 If you have ever come across cream soda and wondered what it is, then this guide will help you understand everything about it!

What does cream soda taste like? Cream soda tastes like vanilla and has hints of sweet, woodsy, and smoky notes. It is a simple mixture of vanilla mixed into a sugar and water mixture. Cream soda can also be mixed with milk or other ingredients to create a range of refreshing beverages.

Read below to learn more about cream soda, where it gets its name from, what it tastes like, how it is used, and how you can make it at home!

What Is Cream Soda?

In essence, cream soda is just a mixture of water, sugar, and vanilla mixed with a bit of light brown coloring and/or soda water.

There are several versions of cream soda available across the world and each region has its unique take on this simple beverage.

Now, you might be wondering where the “cream” in cream soda comes from, especially since there is no mention of dairy in the original recipe.

Cream soda is a type of Italian soda that has been adopted throughout the world.

The Italian version is made from a mixture of sugar, water, vanilla, and half and half milk. The taste may vary, but the base flavor of this particular Italian soda usually has the characteristics of sweet flavored milk.

The commercial version of the soda came about during the end of the 19th century. It was created as a refreshing and light syrup that could also be mixed with other ingredients to create new beverages.

Some believe that due to the difficulty of storing and packaging milk-based drinks, manufacturers decided to remove milk from the recipe and create a base soda that could either be enjoyed on its own, or mixed with milk at home.

Commercialized cream soda was an instant hit and people were quick to come up with new and exciting beverage ideas using it as a base.

Today, you can find cream soda or cream-soda-like products around the globe. Some have wild colorings while others are carbonated and even paired with spirits!

Now that we know the history of cream soda, here are some of the important characteristics of cream soda as we know it today.

Cream soda predominately tastes like vanilla with varying levels of sweetness. The base recipe has subtly woodsy, slightly smoky undertones — but these flavor notes depend on the usage of real or artificial vanilla extract.

In some regions, cream soda can also be flavored with other ingredients like herbs and spices to give it an extra dimension of flavor, but in most cases, the base flavor will always circle around vanilla and sugar.

The commercial variety of cream soda has a light brown or subtly golden color that can vary depending on the brand.

Cream sodas can also be clear and completely transparent, as this type of soda is usually carbonated and is used as a base for other beverages.

You will easily find a lot of regional variations too. In North America, cream soda usually has the appearance of either a clear liquid or a light golden beverage.

In Asia, cream soda can have a bright green color while other regions may produce this drink with shades of red or amber.

The consistency of cream soda is usually watery — after all, this beverage is just a mixture of water and sugar mixed with vanilla!

But the milk-based cream soda, which is popular in Italy and other parts of the world will have a creamier and smoother consistency. This can also depend on the type of milk used to make the beverage.

Typically, half and half is the preferred choice but you can easily change the ratio of the ingredients or the type of milk to produce a customized version of cream soda.

Some people also prefer to add crushed ice to cream soda. This gives it a grainy and very delicious texture, especially if you use concentrated syrup.

Cream soda relies on the quality of vanilla. Vanilla tends to be an expensive spice that comes second only to saffron in terms of production costs.

It is widely used across the world, but what you may not know is that the flavor of vanilla is also very easy to replicate artificially!

During the vanilla boom of 2000, it become immediately apparent that the demand would greatly exceed the supply for vanilla.

Vanilla processing is a very labor-intensive job that requires countless hours and precision to get the vanilla pods in one piece — kind of like how saffron requires both attention and tons of manual labor.

To meet the demand and costs, many regions started to produce artificial vanilla that would mimic the flavor of vanillin, the compound responsible for the fragrance and flavor of vanilla.

While the artificial variety is purely made from vanilla extract and added chemicals, it does a good enough job at reproducing the same characteristics of this spice.

Synthetic vanilla can also be used to make cream soda, too – and it usually ends up tasting great!

But most purists would likely tell you to try out the authentic version of this beverage before settling for the artificial version because of the added natural woodsy and smoky notes that synthetic vanilla simply can’t provide.

Keep in mind that real vanilla pods have hundreds of subtle flavor compounds that add up to a rich vanilla flavor.

Making Your Own Cream Soda

If you do want to make your very own version of vanilla cream soda and/or Italian cream soda, then check out our guides below!

Here’s a quick tutorial on how to make your own vanilla cream soda at home.

To begin, you will need to create a simple syrup mixture.

You can use this syrup to make all sorts of beverages. We recommend starting with something simple like mixing cream soda syrup and soda water.

Take 2-3 tablespoons of the prepared cream soda syrup and mix in a can of soda water. Taste and adjust the ingredients accordingly!

Cream soda requires an equal proportion of water and sugar — so, for every 1 cup of sugar, you will need 1 cup of filtered water. But you can also double the quantity of sugar to create a concentrated mix!

We can’t finish without mentioning the beverage that started all of this!

You can adjust the flavor and ratio of this drink as per your liking — you can also mix in spirits (even flavored spirits!) to take this simple beverage a step further.

Cream soda is an iconic drink that can be found in many parts of the world. Now that you know what it tastes like, here are some related questions.

Yes! Cream soda can also be used to make ice cream. The flavor will resemble vanilla ice cream, but you can alter the general flavor by introducing fruits and other ice cream flavorings of your choice.

Can you add heavy cream to cream soda?

Yes. Cream soda can be customized in many ways and you can also make a creamier Italian soda by mixing heavy cream with half and half milk.

We recommend increasing the quantity of cream soda syrup to offset the added flavor of heavy cream. You can even top off the beverage with whipped cream and crushed dried nuts or cherries!