What Is Cassowary Meat? 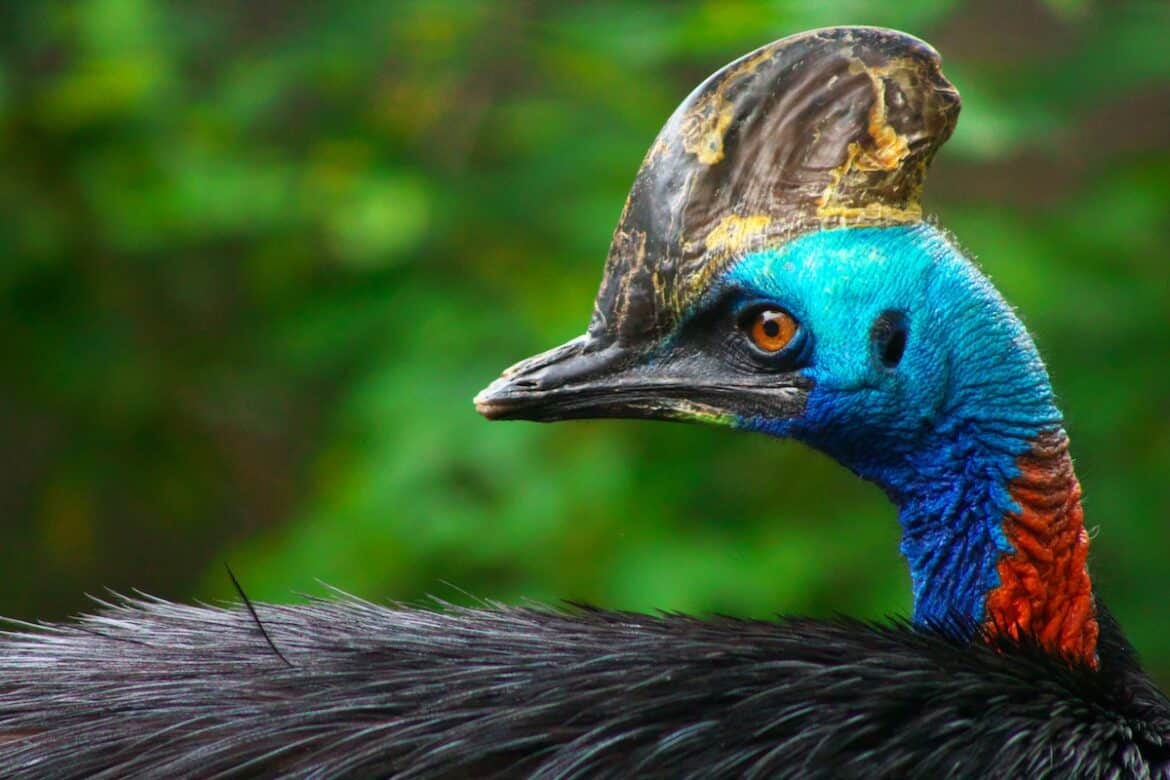 Thanks to modern technology, we now have access to an infinite amount of information. And, when it comes to the culinary world, we can learn about new ingredients, how to use them, and where to find them!

Recently, we have seen an increase in “cassowary meat”.

What is cassowary meat? Cassowary meat is meat from an indigenous large bird found in certain parts of Australia and New Guinea. This bird gives extremely flavorful meat (similar in flavor to beef), albeit quite tough.

In this article, we will be looking at exactly what cassowary meat is, the nutritional benefits it can potentially give you, and the many ways you can prepare and cook it.

Cassowary Meat – What Is It?

Okay, now we don’t blame you if you have never heard of cassowary meat. And to be completely honest, neither did we! That’s because you won’t likely find it anywhere outside of Australia and New Guinea.

This delicacy is, however, a must-try, so we highly recommend getting some (or trying a locally made dish) if you can.

A cassowary is a massive flightless bird native to the tropical forests of Papua New Guinea, Indonesia, the Aru Islands, and north-eastern Australia.

Yes, you read that correctly, a bird! This bird is the third largest bird on earth, only slightly smaller than an ostrich and emu.

So, obviously, cassowary meat is meat produced from these giant birds, similar to ostrich meat.

You can find a wide variety of meat cuts including steaks, stewing blocks, and ground meat. Many locals also make a range of cured meats using cassowary meat.

So, we have done extensive research on this meat’s characteristics and have even asked some of our Australian chef friends.

This meat generally has a beefy flavor but is much more intense. So, we would imagine it tasting very similar to game meat.

The biggest downside to the meat is that it is extremely tough. We read a joke somewhere that basically says to cook the cassowary meat with a rock. Once the rock is soft, your meat will be ready!

While this is a funny joke, it is very much true. Cooking this meat requires a lot of time; otherwise, it won’t make an appealing meal. Luckily, we have listed some of the best ways to cook cassowary meat below.

Cassowary meat is apparently very healthy. However, there isn’t a ton of research to back this up, probably due to the fact that it is such a rare delicacy only commonly found in two regions of the world.

It is said that their meat is high in iron, zinc, and loads of B-vitamins (including B1, B2, B3, B6, and B12). Naturally, this meat will also contain high amounts of protein.

This type of protein is a complete protein, meaning they contain all 20 essential amino acids that your body needs to function properly on a daily basis.

How To Cook Cassowary Meat

So, as we have mentioned before, cassowary meat is extremely tough.

This means that you will only be able to use a few specific cooking methods to tenderize this meat. For example, you won’t be able to make a delicious pan-fried piece of cassowary.

The best cooking methods you can choose include ones that use low temperatures and cook the meat for long periods of time. Making stews are probably your best option.

Stews can be left relatively unattended while simmering in a flavored liquid base. While tenderizing the meat, it is also adding a ton of flavor.

Other great cooking methods you can use for cassowary meat include roasting, pressure cooking, sous vide, and boiling.

Up Next: Is Blue Corn On The Cob Edible?

Is Blue Corn On The Cob Edible?

Hibachi Vs Teriyaki – What’s The Difference?