Can You Boil Water In Cast Iron? 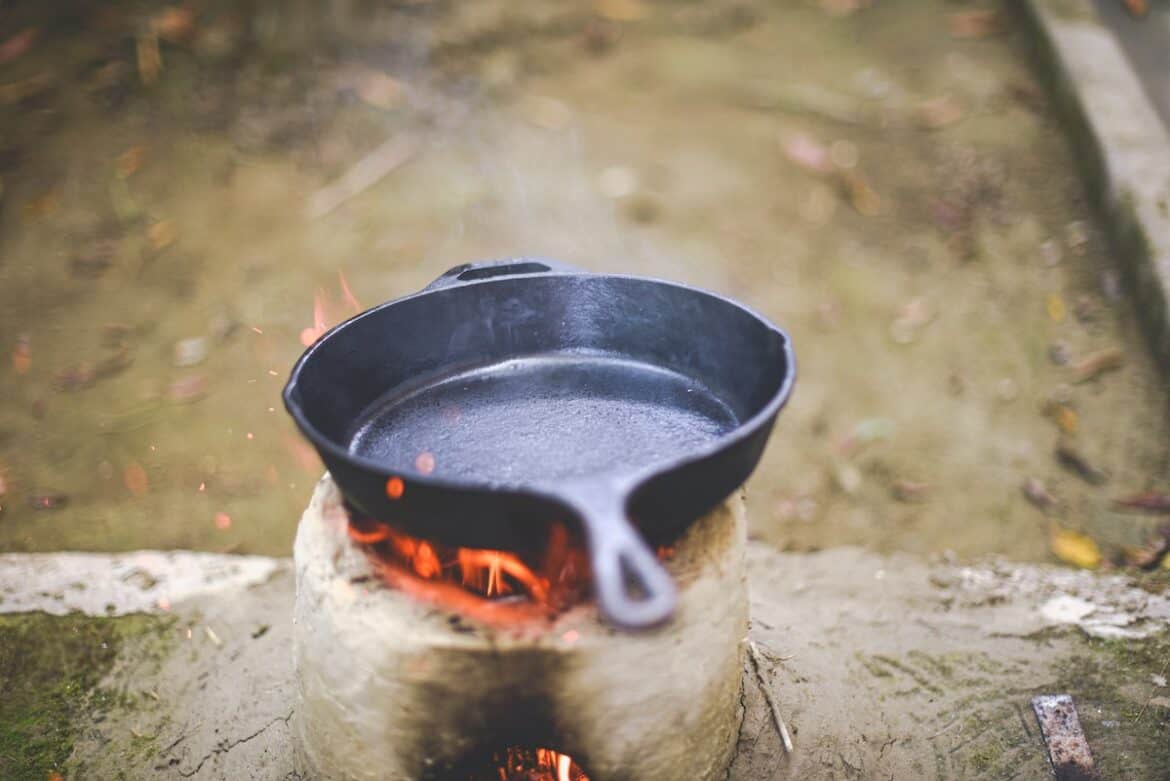 If you’re unfamiliar with cooking with cast iron, you might be wondering how to use it and whether it can do the things you would normally do with a regular saucepan.

One of the most common things we use our saucepans for is boiling water. But won’t cast iron rust if you put water in it?

So, can you boil water in cast iron? Yes, you can! Your cast iron pan can boil water and other liquids without any issues, like causing rust or ruining the seasoning. The only thing you don’t want to do is to leave your cast iron soaking in water for a long time.

Read on to discover how to boil water in a cast iron and other tips for using this versatile cooking pot!

Do I Have To Do Anything Differently To Boil Water In Cast Iron?

To protect the seasoning on your cast iron, you will want to limit the length of time that you boil foods in your cast iron. Things such as beans that need a long boiling period are best left to cook in a regular saucepan.

If you are boiling something for a short period, like pasta or heating up some water for tea, then you can safely use your cast iron pan to do so.

The key here is that you don’t want to let it rapidly boil for too long. This rapid boil can cause some seasoning to lift off of the pan.

The seasoning on cast iron is what helps keep foods from sticking and prevents your cast iron from rusting.

A couple of dishes that you don’t really have to worry about boiling or simmering in your cast iron are soups, stews, and chilis.

Since these dishes are often slowly simmered and contain lots of other ingredients, as opposed to just water, there is a low likelihood that the seasoning will lift.

So the bottom line is that you don’t want to rapidly boil items like beans for a long period, since this can lift the seasoning off of your cast iron.

Instead, choose things that require a shorter boiling time, that you can turn down to a simmer, or that aren’t purely water-based, such as stew or chili.

Once you’ve finished boiling your dish, take the time to properly dry and season your cast iron so that it doesn’t rust and you maintain that black patina that prevents food from sticking.

How Do I Boil Water In Cast Iron?

If you are going to boil water in your cast iron pan, here’s a few tips:

How To Season A Cast Iron Pan

First off, you might be wondering what it means to season your cast iron pan.

This process refers to the act of heating your cast iron in the oven with an oil of some kind to cross-link and polymerizes the oil and cast iron molecules on the surface of the pan.

By baking your cast iron and oil together, it creates a hard non-stick surface that helps protect your pan from rusting and keeps your food from sticking as you cook.

There are a few key steps to follow when you are looking to create the perfect hard seasoning. Check them out below:

Now that you have taken the time to season your cast iron properly, you should have an incredible layer of protection that will allow you to boil and cook food with no problems whatsoever.

I know it sounds like a lot of work, but once you have this base layer of seasoning applied, you won’t have to worry about doing it again for a long time.

I like to add an extra layer of seasoning every so often to keep it strong, but you shouldn’t have to do it 6 to 8 times every time you season.

Cast iron cookware is incredibly durable and can be used for many cooking preparations from searing meat, to roasting, and even boiling water. To make sure you don’t ruin the seasoning on your cast iron pan you will want to:

If you follow these steps you can boil water in your cast iron without any issues.

Up Next: Best Sauces And Seasonings For Pierogies

Best Sauces And Seasonings For Pierogies