Home Cooking Tips What Is Occident Flour? – What You Need To Know
Cooking TipsFoodsguy

What Is Occident Flour? – What You Need To Know 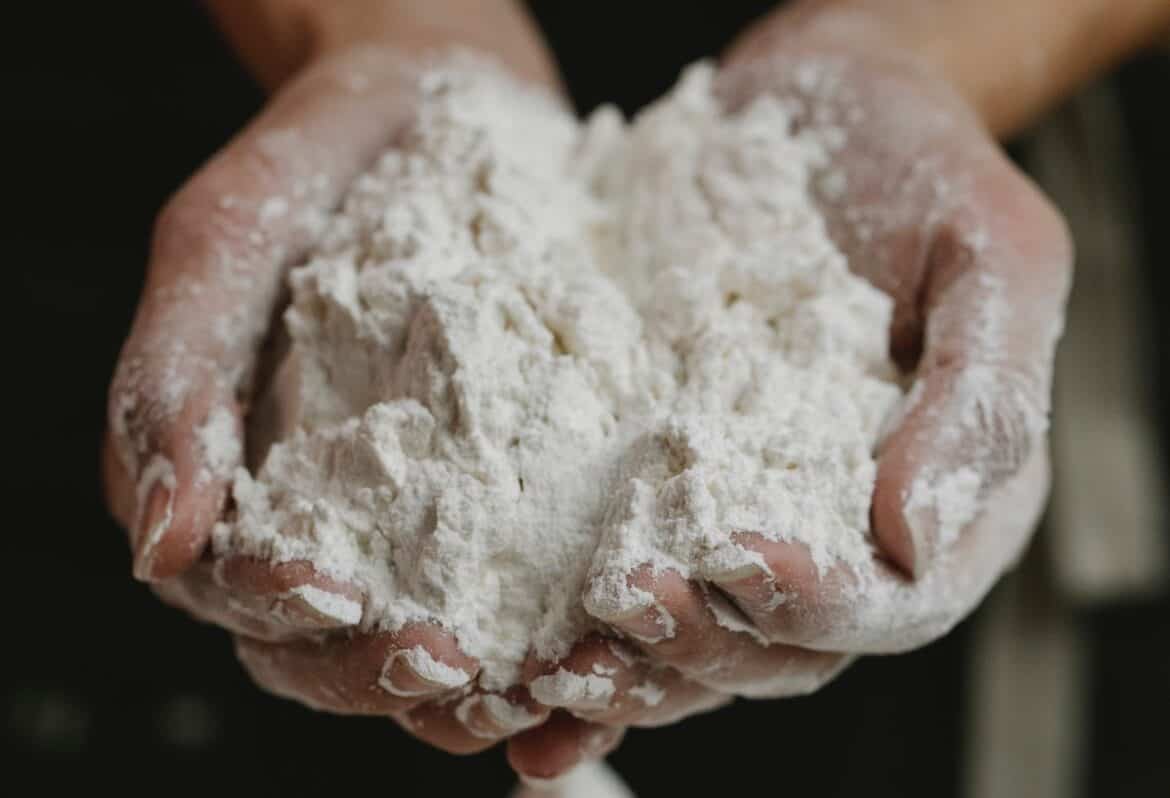 If you have never heard of occident flour, don’t worry! Because the first time we heard of it we were just as confused.

In today’s article, we will have a look at exactly what occident flour is, how it is made, the varieties you can find, as well as its many different uses.

We will also compare it to other common types of flours so you can get a clearer idea of how it differs from them and what makes it special.

Occident Flour – What Is It?

Occident flour, more commonly known as all-purpose flour, is a type of wheat flour made from a combination of soft wheat and hard wheat.

Sometimes it is only the one or the other, but the purpose of it is to be something between bread flour and cake flour.

Before even discussing exactly where occident flour falls and how it is made, you first need to understand the purpose of its existence.

Gluten?! What does gluten have to do with flour? Literally, everything!

All types of wheat flour contain gluten because the wheat itself contains gluten proteins. Once the flour has been mixed with water (or another liquid) it starts forming gluten strands.

These gluten strands are what creates the internal structure of a baked or cooked item and what gives it a specific texture.

The higher the gluten-forming proteins, the more gluten strands will be formed, the more the dough can be worked, and the more open the crumb of the item will be. Usually, it also means more chewy.

As a very basic example, cakes have a very dense crumb and soft texture. This is because the flour it uses, which is cake flour, doesn’t have a ton of gluten-forming proteins.

Sourdough, on the other hand, has a very open crumb and chewy texture because it uses bread flour with high amounts of gluten proteins that can be worked a ton.

So, in terms of occident flour, or all-purpose flour, it should be somewhere between cake flour and bread flour. You can also look at it as a blend of high gluten flour and low gluten flour.

Occident flour has a gluten content of between 9-12%. This is quite a range in percentage, but keep in mind that there are different types of occident flours which we will discuss later.

This is why it is such an amazing product.

How Is Occident Flour Made?

The process of making occident flour is pretty much similar to that of any other flour, the main difference is the type of wheat used.

As we have mentioned before, all-purpose flour is made with a combination of hard wheat and soft wheat. Common hard wheat varieties include hard red winter wheat and hard white winter wheat.

Wheat berries from both hard and soft varieties are harvested and moistened to help soften the starchy endosperm that will be removed. Essentially it helps make the entire milling process easier.

The grain or berry is passed through rollers to crush the kernel. The parts are then sieved to separate the different parts of the kernel.  The endosperm is essentially what is used to create flour, especially all-purpose flour.

This part is then further refined through reduction rolls until it eventually forms a fine powder. Between each roll, the flour is again sifted to remove coarser particles and any remaining germ and bran.

There are only two varieties of occident flour; bleached and unbleached. The most common type between the two is bleached all-purpose flour.

This is because it has a very light (essentially white) color and won’t add any color to the item you are making.

To lighten flour naturally requires a lot of time and, let’s be honest, no company will ever wait for flour to lighten when they can do it artificially in a fraction of the time.

Bleached flour is lightened using bleaching agents such as benzoyl peroxide and chlorine gas. Unfortunately, bleaching also removes a ton of the nutrients in the flour.

Unbleached flour on the other hand has a darker color, albeit still a shade of white or cream.  You probably won’t even notice the color difference in your products unless you need a silky white color.

Remember we mentioned the range of gluten in all-purpose flour, 9-12% to be exact. Well, this is where bleached and unbleached flour comes in.

Occident Flour Vs Other Flours

Let’s have a look at the differences between occident flour and other commonly used flours. This will help you further understand how it can be used and why it works for most baked things.

Cake flour is another type of wheat flour but with a much lower gluten protein percentage. This is because it is made from soft wheat like spring wheat, soft white wheat, or soft red wheat.

It is made in the same way as all-purpose flour is and can also be found in either bleached or unbleached forms.

In general, the gluten percentage ranges between 7-9%.

The bleached cake flour products will be on the lower side of the scale, while the unbleached will be around 9%. Some cake flours have 10% gluten, however, these aren’t as common.

Cake flour is used for products that require a dense and fine crumb. Imagine the holes in a slice of cake. Exactly! They are barely visible! This is because of the lack of gluten.

Bread flour is also made from wheat, but much harder varieties that have a very high gluten protein percentage.

Like cake flour and occident flour, you can find it either bleached or unbleached.

It has an average gluten protein percentage between 12-14%. Bleached bread flour would be around 12% while unbleached flour will be higher, around 14%.

Bread flour is used because of its high gluten-forming protein content. When gluten forms and is worked (via kneading), the gluten strands stretch. When the dough is rested, these strands relax.

Then, finally, when the dough is baked, the strands have the elasticity to expand and create a beautiful open crumb.

When you think about a loaf of ciabatta, the first thing you will see inside is the large open holes, all thanks to gluten!

Whole wheat flour is made from hard wheat that has been processed, but the germ and bran are reintroduced into the flour. This means that the nutrients are added back!

So, if the nutrients are added back into the flour, it means that the gluten is also added back. So, whole wheat flour has an average gluten protein percentage of 13%.

If the flour has been stone-ground, it means that it has been less processed and fewer nutrients have been removed. So, whole wheat stone-ground flour will have about 14% gluten-forming proteins.

Whole wheat flour is also more often used to make bread because of its high-gluten content but is mostly used because of all the nutrients it has.

How Can Occident Flour Be Used?

As you can see, comparing occident flour to the ones listed above, it really does do it all. It has a low enough gluten content to help create a fine crumb but also can form those elastic gluten strands and create a nice open crumb.

The best products to make using occident flour would be something that needs to have the elasticity to be formed, but not necessarily a very open crumb.

These include products like pizza dough, a wide variety of flatbreads, pie crusts, dinner rolls, and pasta or noodles.

However, they can still make fantastic pastries, cakes, buns, bread, cookies, and many other goods. You can also use it to coat food for deep-frying or prevent them from sticking to surfaces.

The possibilities are endless and virtually anything you can think of making, you can make using occident flour.

Many people have asked us how they can make all-purpose flour at home, and the answer is quite simple now that you understand exactly what it is.

A fantastic way to ensure they are fully mixed is by mixing them with a spoon inside a bowl. Then, sift the flour three times into another bowl.

This way you can rest easy knowing your whole product will have the same amount of gluten throughout.

Up Next: How To Store Cooked Bacon

How To Store Cooked Bacon – The Ultimate Guide