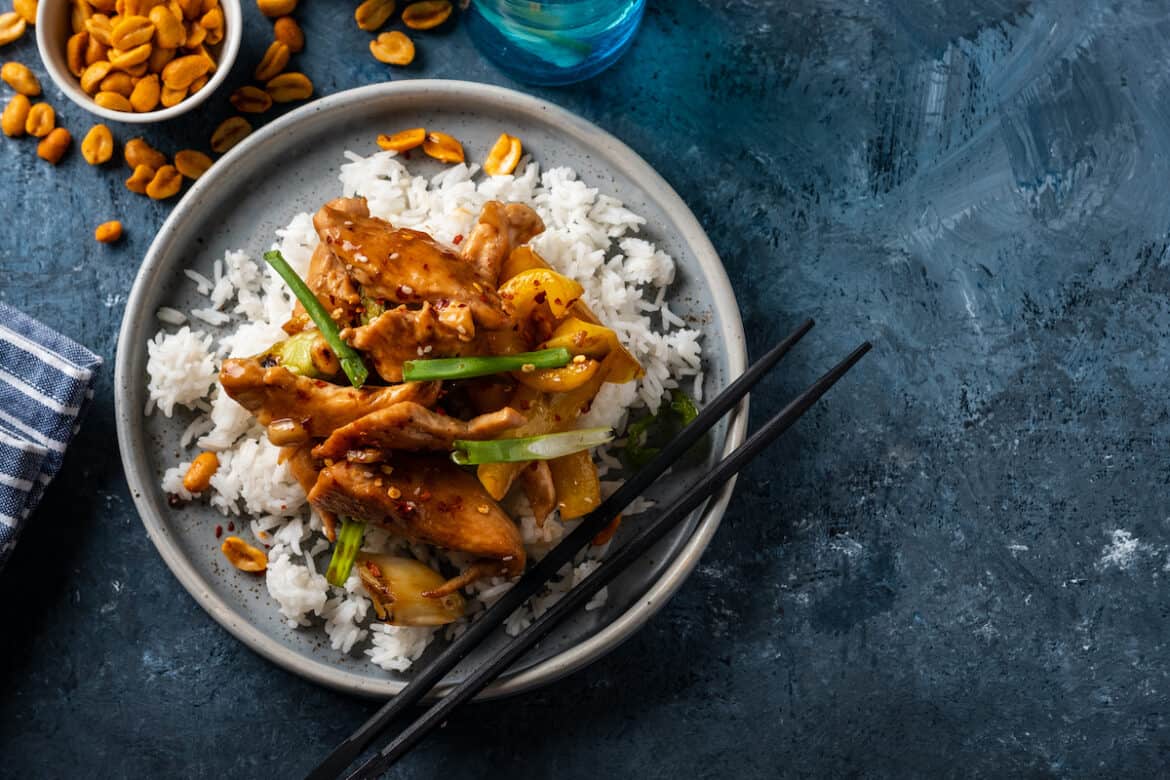 Chinese food continues to become more and more popular in North America, with popular restaurants in small and large cities.

But with all the different dishes on the menu how are you supposed to decide on the best one for your taste buds?

Two of the most popular dishes are definitely Szechuan Chicken and Kung Pao Chicken, but how do you choose between them? Is one spicier than the other?

Read on to discover the differences in ingredients, spiciness, and flavor between Szechuan Chicken and Kung Pao Chicken!

What Is Szechuan Cooking?

Before we dig into the main differences between Szechuan Chicken and Kung Pao Chicken, I think it’s important to establish an understanding of what these terms actually mean.

The main difference is that Kung Pao Chicken is a dish, while Szechuan Chicken refers to a type of cuisine.

While both dishes are foods that North Americans associated with Chinese food, Kung Pao Chicken is a very specific dish, while Szechuan chicken can actually have more variations.

When it comes to Szechuan cooking there are some distinct characteristics that define this cuisine:

In Szechuan cooking, you will also find 7 basic flavors which include hot, sweet, bitter, sour, pungent, aromatic, and salty.

However, in North America, we often refer to Szechuan chicken as a specific dish as opposed to a cuisine.

So armed with our newfound knowledge, let’s dig into the differences between Kung Pao Chicken and Szechuan Chicken in North America!

As we’ve discovered, Kung Pao Chicken is actually a very popular Szechuan dish. It is made from a list of distinct ingredients that give it a unique and delicious flavor profile.

North American versions of Kung Pao chicken are a little different and include the following ingredients:

The versions often served don’t come back with the typical Szechuan peppers that are found in the dish when served in Sichuan.

Now that we know what goes into Kung Pao and Szechaun Chicken dishes, you might be wondering how they taste in comparison to one another.

The main difference between the two is that Szechuan chicken is typically going to be much spicier than Kung Pao chicken when bought in America.

The Szechuan peppers that give Szechuan chicken its name combined with dried red chilies make this dish beautifully spicy, but super complex.

Szechuan peppers have a flavor profile that is bold, fragrant, and spicy with citrus undertones.

When combined with the dried red chilies, they create what’s known in the food world as a numbing sensation on the palate/in the mouth that builds the more you eat.

Combined with the garlic, ginger, and green onions, you’re left with an absolute flavor bomb of spicy deliciousness.

Kung Pao chicken, on the other hand, is much milder in terms of spice.

Some places may add some chilies, but typically most American Chinese versions don’t include the Szechuan peppers, so while this dish is still flavorful, you don’t get that numbing sensation on the palate.

The taste is much more earthy and nutty thanks to the fresh or roasted peanuts (or other nuts), soy sauce, and garlic and ginger.

The orange that is added to this Westernized version does give that citrus undertone that you tend to find in Szechuan peppers, but without the heat.

Which Dish Is Spicier: Szechuan Chicken Or Kung Pao Chicken?

If you’re picking up your Szechuan or Kung Pao chicken in North America then chances are the spicier dish is definitely going to be the Szechuan Chicken.

Typically, it’s made with spicy Szechuan peppers and dried red chilies, which creates that tingly, mouth-numbing spiciness you either love or hate.

If you were to order Kung Pao chicken in China, especially in the Sichuan province, it would be just as spicy as Szechuan chicken since it would be made with the same chilies and Szechuan peppers.

However, in Westernized cuisine it is much less spicy.

Kung Pao Chicken on most Western menus is going to be a mellower dish to order, with more of the flavor coming from soy sauce, garlic, ginger, orange juice, and peanuts.

It’s still a wonderfully delicious dish full of complex flavors, but it is unlikely to be very spicy.

So if you’re looking for something to give you that numbing chili hit on the palate as you eat it, then I would go for the Szechuan Chicken whenever you see it on a menu.

How To Make Kung Pao Chicken At Home

If you want to try making a Western version of mild Kung Pao Chicken right in the comfort of your own kitchen, try out this home cook-friendly recipe. Feel free to adapt and adjust to your own taste buds and preferences.

Go check out your local International Grocery store to find some new ingredients.

Up Next: How Much Milk Is In A Latte?