The 9 Best Substitutes For Campanelle Pasta 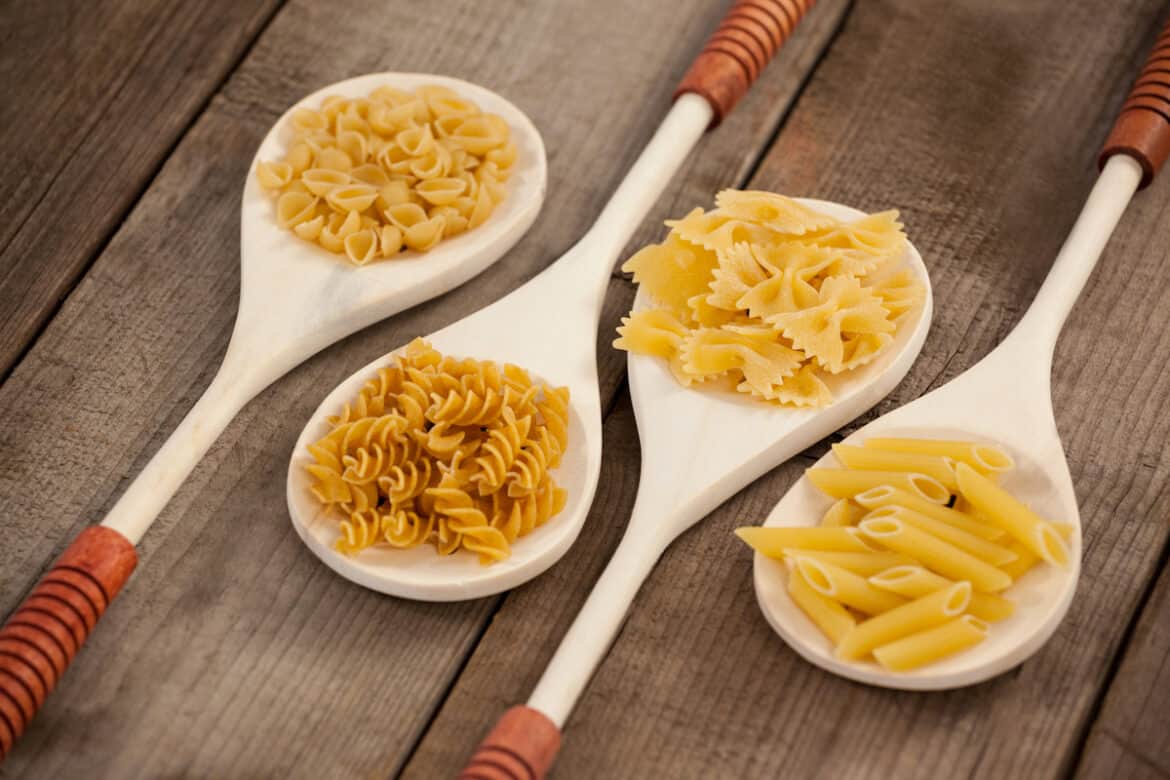 Everybody loves pasta, and we can say that with 100% surety! Those who don’t clearly haven’t tried some spaghetti bolognese, fettuccine alfredo, or cheesy lasagna.

When we talk about pasta, we usually think of the more popular varieties such as spaghetti, lasagna, penne, and macaroni.

However, you may be surprised to know that there are dozens of different types of pasta in the world, each with its distinctive taste and look!

One such not-so-mainstream gem is campanelle pasta. Campanelle is a type of short-cut Italian pasta that means “bellflowers” or “little bells” in English.

True to its name, it is a bell-shaped pasta that has thin, fluted, petal-like edges and a hollow center that is perfect for holding sauces and dressings.

It pairs well with creamy sauces, such as cheese and béchamel, and also goes perfectly with meat and tomato-based sauces.

However, despite its fun shape, it can oftentimes become difficult to find, and for such instances, you need to find good substitutes.

So, what are the best substitutes for campanelle pasta? You can substitute campanelle pasta with other varieties, preferably ones with a hollow center to help catch the sauce in a similar way, such as penne, rigatoni, cannelloni, elbow macaroni, and ziti.

Read on to find out about the 9 best substitutes for campanelle pasta to increase your knowledge about one of the most popular foods in the world!

Campanelle is a fun shaped pasta popular for its ability to hold sauces in its hollow center and ruffled edges.

To substitute it with some other type of pasta, you need to go for something with a similar shape so that it can work well with the recipe you wish to make.

Here are 9 of the best substitutes for campanelle pasta that are sure to make your pasta dish shine.

One of the most affordable and easily available types of pasta in the US and the rest of the world, penne is a great alternative to campanelle due to its ability to hold sauces and dressings really well.

It is generally 2 inches long and has a short, cylindrical shape that is diagonally cut. It may also have ridges allowing it to capture more flavor of the sauce it is cooked with.

Similar to campanelle, this tube-shaped pasta is also commonly used in baked recipes and works really well with creamy and meaty sauces.

Rigatoni can oftentimes be confused for penne, but there are a few noticeable differences to distinguish between the two.

While penne pasta is diagonally cut, giving it a pointed tip, rigatoni is cut straight and has a basic cylindrical shape. Also, rigatoni always has ridges while penne may or may not.

Cannelloni is a popular tube-shaped pasta that is an excellent substitute for campanelle. Its hollow cylindrical shape is great for holding stuffing such as minced beef and spinach and ricotta, as well as different types of sauces.

For the best cannelloni recipe, cook the pasta according to the package’s instructions, stuff it with your favorite filling, bake it, and cover it in sauce.

You can also use a pastry bag with a big nozzle to help you stuff the insides of the pasta.

Fusilli is a common type of twisted pasta that gets its name from the word fuso, meaning “spindle”. Similar to campanelle, it also belongs to the short-cut pasta category and works wonderfully with thicker sauces and heavy creams.

Due to its visual appeal and ability to hold pasta sauces and dressings in its grooves, it is a great replacement for campanelle and is most commonly enjoyed in salads.

Elbow macaroni is a small, semi-circular, tube-shaped pasta and one of the most consumed types of pasta in the US, thanks to macaroni and cheese.

Although it looks a bit different from campanelle pasta, its tubular shape is perfect for creamy sauces to flow into and provide flavor in every single bite.

Conchiglie, commonly known as shells or seashells, is a pasta variety shaped like a conch shell. Although it is not tube-shaped like most other varieties, it serves its purpose of holding sauces well thanks to its hollow shape.

While the former is mostly used in soups and salads, the larger variety can be filled with different sorts of stuffing such as cheese, vegetables, and meat.

Simply put, cavatappi pasta is like macaroni shaped like a corkscrew. Its texture and complex hollow shape make it a great substitute for campanelle.

Like campanelle, it works well in baked recipes and goes perfectly with creamy and chunky sauces. Cavatappi is also known by other names including double elbow pasta, cellentani, spirali, and tortiglione.

Although relatively larger than the other substitutes listed here, manicotti works great in place of campanelle. It is a tube-shaped pasta most commonly stuffed with flavorful cheeses and ground meats.

The word manicotti means “sleeve” in Italian and is the Italian-American variety of cannelloni.

The difference between the two types is fairly minimal in that manicotti is larger, ridged, and slightly thicker, whereas cannelloni is smooth, slightly smaller, and thinner.

Another common type of pasta that looks similar to penne, ziti is long, wide, tube-shaped, and most famous for its use in baked dishes alongside ground meats, cheese, and tomato-based sauces.

It has straight edges and no ridges in its texture, and like campanelle and many of its substitutes here, ziti’s shape allows it to retain a good quantity of sauce.

Now that you know all about the best substitutes for campanelle pasta, here are a few additional questions we thought you might have:

Which campanelle substitute is the easiest to find?

Although there are many great substitutes for campanelle, as demonstrated by the list above, not all of them are as easy to find.

Out of all, penne pasta is the most easily available, in almost every part of the world. Not only that, but it is also the most affordable alternative.

Since penne has a hollow shape and a texture similar to campanelle, it serves its purpose well of retaining as much sauce as possible.

How long do you boil campanelle pasta?

The best way to cook campanelle pasta is to bring a large pot of salted water to a boil over high heat, add the pasta to the boiling water, and let it cook for around 8-10 minutes.

Take it out of the water when it is al dente, aka tender but still firm to the bite.

Should you boil pasta before baking it?

If you see most baked pasta recipes, they will instruct you to boil the pasta halfway before you put it in the oven along with the sauce to bathe it in.

While it is a very common method, it can be a bit challenging to perfect. You may risk overcooking the pasta in the oven if you boil it more than halfway.

Additionally, precooking the pasta before baking takes a lot of work and you end up with an extra large pot to clean.

However, if you skip boiling the pasta before baking it, it will take much longer to become tender since the dry pasta needs to hydrate.

What can you do then? A great solution is to just soak the pasta in warm salted water before adding it to the sauce and putting it in the oven.

Presoaking is the perfect way to hydrate the pasta a little and wash away some of the excess starch. You can use the same bowl you used to soak the pasta to combine all the ingredients so that there’s one less dirty dish to clean.

The presoaking process takes around 45 minutes. In the meantime, you can easily prep the rest of your ingredients without worrying about the pasta oversoaking.

How long does pasta last?

Dry pasta won’t go bad like other perishable items such as meat and fresh produce, and could technically last forever.

However, if we’re being realistic, store-bought varieties often have a “best by” date and taste the freshest within 2 years of manufacturing.

Fresh pasta, however, is a different story altogether. Since it contains eggs and moisture, it should be consumed within 2 days of purchasing/making. You can make it last longer by freezing it, though.

As with most pantry items, dry pasta must be stored in a cool, dry place to prolong its shelf life. However, if you wish to be extra careful, you can transfer the dry pasta into an airtight container to keep it safe from wheat-eating moths.

Since fresh pasta has to be consumed within 2 days of purchasing, there’s no point in putting it in an airtight container. Simply keep it refrigerated until you plan on using it.

Up Next: 11 Best Battery-Powered Blenders