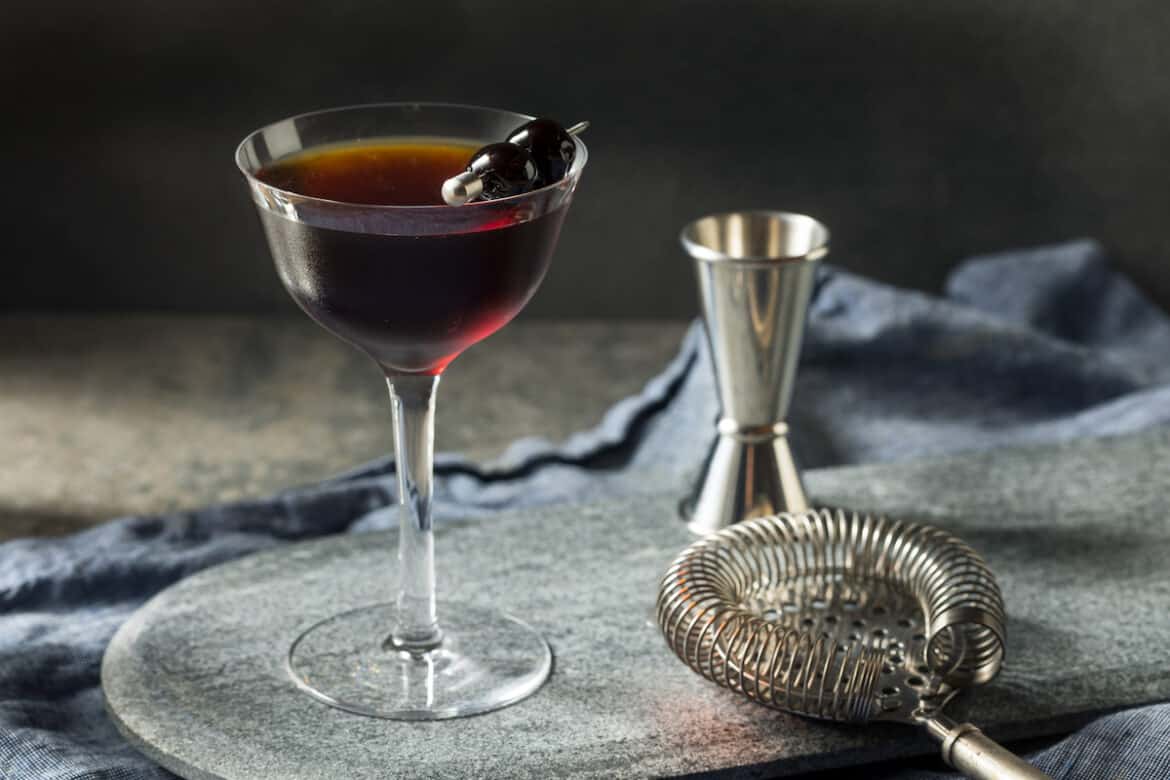 Amaro is a very specific type of liqueur that isn’t always easy to find. Amaro Nonino is an especially flavorful and unique type and is also one of the most expensive versions available today.

Whether you cannot get your hands on a bottle, you don’t want to spend a fortune on one type of liqueur, or you are in a pinch and desperately need some, there are luckily a ton of substitutes you can choose from.

So, what are the best substitutes for Amaro Nonino? We would highly recommend trying to find a substitute within the same category, Amaro. The best in this category include Amaro Averna, Amar Meletti, or Amaro Tosolini. If you still aren’t able to find any of these substitutes, try Cynar or Cynar 70, Gammel Dansk, Vermouth, Chartreuse, Bonal Gentaine Quina, or Angostura bitters.

In today’s article, we will be looking at the many different substitutes available for Amaro Nonino. We will not only discuss what they are, but their various flavor profiles, why they make great substitutes, and how they can be used.

What is Amaro Nonino?

Amaro Nonino is a type of Italian amaro. Amaro means “little bitter” in Italian, describing this type of liqueur perfectly.

Other types of amaro (also sometimes called Amari) include Aperol, Averna, and Campari. The main difference between these and Amaro Nonino is the way that each is made, their taste, and also their availability and price tag.

Amaro Nonino is made with grappa and infused with various herbs, botanicals, and even fruits. This creates a beautiful bittersweet flavor profile that is very complex.

Many people note fruity flavors like citrus and mango. The most prominent spice flavors that come through are pepper, allspice, and licorice (possibly from fennel or star anise).

Other flavors that are often noted are honey, caramel, vanilla, and cocoa.

Amaro Nonino is unique in that it has much more interesting flavors compared to other similar liqueurs, and it has a less sweet profile as well.

You will also see that it has a significantly higher ABV (alcohol by volume) percentage than other amaro. Where Aperol has an ABV of 11%, Amaro Nonino roughly reached 35%.

The biggest downside is that Amaro Nonino is incredibly difficult to find and even if you do find it, it can be quite expensive!

The 7 Best Substitutes for Amaro Nonino

Now that you better understand what this liqueur is, you can more easily choose substitutes based on the flavors that you want to substitute.

So, without further or due, here is our list of the 7 best substitutes for Amaro Nonino liqueur!

Before any other substitute, we would highly recommend using an alternative Amaro or Amari liqueur.

The same way you would substitute one whiskey with another before grabbing a red wine, the same principle applies here. All Amaro liqueurs, despite having differences, are produced in similar ways and styles and have similar flavors.

There are however quite a few varieties to choose from, so we would recommend using either Amaro Averna, Amar Meletti, or Amaro Tosolini.

Amaro Averna is arguably the closest in flavor and other characteristics. Like Amaro Nonino, it has strong citrus flavors and hints of caramel. It also has less prominent notes of herbs and spices.

Overall, Amaro Averna is much sweeter, has a thicker syrup-like consistency, and has a lower alcohol percentage of 29%.

These are all factors to consider when using it as a substitute; however, you can use a 1-to-1 ratio to start with.

Amaro Meletti closely resembles the spices and caramel flavors of Amaro Nonino. It also has a strong herbaceous bitterness to it. Amaro Meletti also has a very high alcohol percentage of roughly 32%.

Last, but certainly not least, Amaro Tosolini also has very noticeable citrus flavors along with that unique bitterness of Amaro Nonino.

Amaro Tosolini does however have a very dark amber and burgundy color which may affect the appearance of certain products you are making.

Cynar is another type of Italian Amaro; however, we didn’t include it in the above-mentioned category of substitutes.

This is mainly because it differs quite a bit from the previously mentioned Amaro.

Cynar is made using 13 different herbs and plants. One prominent plant that makes up most of the flavors is artichoke – surprising, right?

But despite this, it doesn’t taste like artichokes at all. It has definite orange flavors and also notes of bitter chocolate.

Cynar only has a 16.5% alcohol percentage and has a very dark brown color.

If you are looking for an alternative to regular Cynar, you can use Cynar 70. Cynar 70 has a much higher alcohol proof meaning it carries a ton more flavor.

It has much deeper and darker flavors than the original Cynar liqueur. These flavors are similar to that of dark chocolate and coffee with hints of orange.

Gammel Dansk is an extremely popular Danish bitter made from roughly 29 different herbs and spices. It is an incredibly fragrant and complex liqueur that will work as a great substitute for Amaro Nonino.

Some prominent flavors that come through include cinnamon, star anise (similar to licorice), ginger, and Seville orange.

While being very spiced and bitter, it still has slightly sweet and fruity notes to it, making it a fantastic substitute for Amaro Nonino.

This liqueur has a clear light golden brown color that is very similar to that of Amaro Nonino, meaning it won’t change the color of your cocktails or baked goods much, if at all.

So, being quite honest, vermouth isn’t necessarily the closest substitute to Amaro Nonino. It is however very easy to find and affordable compared to many of the other substitutes.

Even though vermouth is a wine-based liqueur (whereas Amaro Nonino is grain-based), it still has very similar flavors that can be easily substituted. These include strong citrus flavors as well as spices like star anise and allspice.

There are many different types of vermouth available, so look closely at the ingredients used in your specific bottle or brand.

The main forms of citrus used include orange, lemon, lime, and even pomelo peels.

As you can see, there are tons of flavor similarities between these two liqueurs.

Chartreuse is another more common and well-known alcohol that will make a more easy-to-find substitute. It is a French liqueur that also comes in a variety of flavors and even colors.

Chartreuse, regardless of type, has a very complexly flavored profile that consists of tons of herbs, plants, and other spices. Compared to Amaro Nonino, it has a more pungent and earthy flavor profile and is less bitter.

The two main varieties include green Chartreuse and yellow Chartreuse.

Green Chartreuse has a much higher alcohol proof of 110 (which translates to 55% ABV). It is much more flavor-packed and aromatic compared to yellow Chartreuse.

Green Chartreuse is made from roughly 130 different herbs, spices, and plants.

Yellow Chartreuse only has a proof of 80 (40% ABV), which is still higher compared to Amaro Nonino. It has a milder flavor and much sweeter notes compared to green Chartreuse.

No matter which you choose, make sure to take the intense flavors, color difference, and alcohol percentage into consideration when substituting it.

This liqueur also has a fortified wine base. This base has been greatly infused with herbs and spices, creating a much more complex flavor profile.

Bonal also includes quina, which gives this liqueur its very bitter flavor that is similar to that of vermouth and most types of Amari.

It has a very burnt brown-olive color which may affect the color of your final product.

It has very similar flavors to Amaro Nonino such as licorice and citrus. The biggest difference is the intense cherry flavors that it has, which Amaro Nonino doesn’t.

However, many people including ourselves still love this substitute.

Many people are familiar with this product. These bitters are extremely popular for many mixed drinks, not only cocktails.

It is a very concentrated alcoholic liquid made from mainly herbs. This means you only need a few drops to achieve a very potent and concentrated flavor. It has an alcohol percentage of roughly 44.7%, so extremely high.

The most similar flavors between Amaro Nonino and Angostura bitters are the cloves and cinnamon flavors, which closely relate with star anise, pepper, and allspice.

Up Next: The 9 Best Substitutes For Fresh Pineapple

The 9 Best Substitutes For Fresh Pineapple