Home Foodsguy Anise Vs Licorice – What’s The Difference?
FoodsguyThis vs That

Anise Vs Licorice – What’s The Difference? 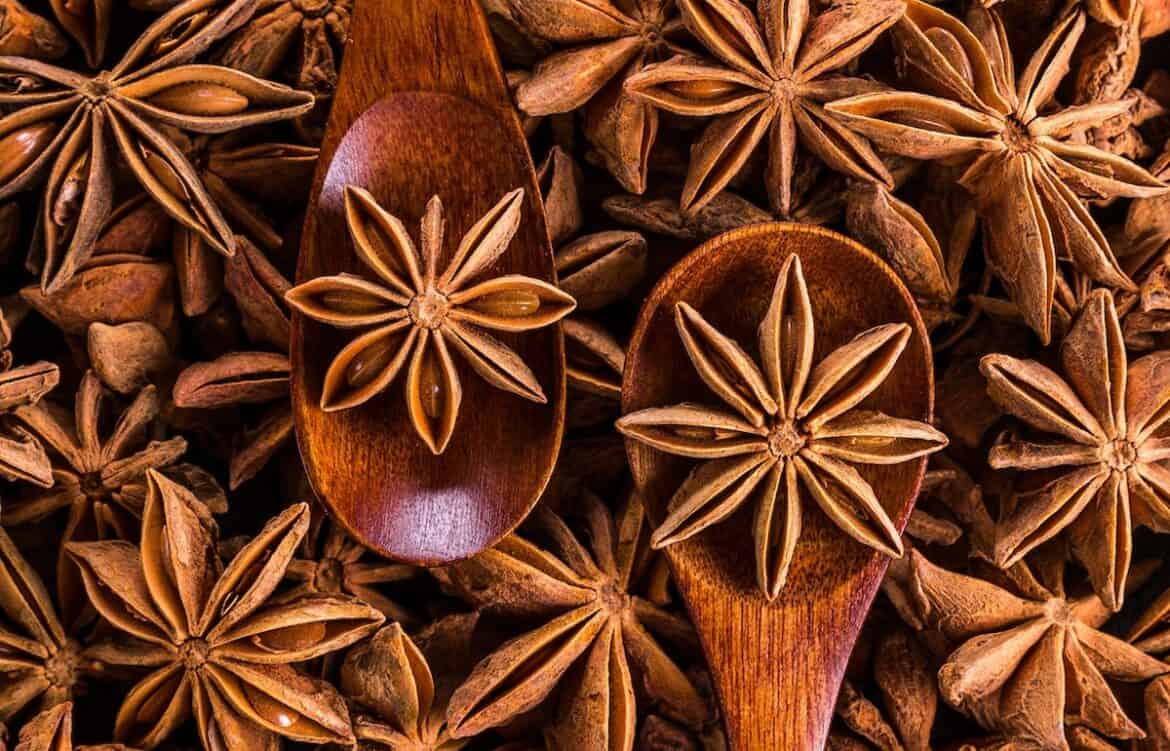 Black licorice candies are extremely easy to identify, but what makes them taste as they do is less obvious. Licorice root is where they got their name originally, but these days they’re often flavored using anise instead.

You may be wondering, “Anise vs licorice – what’s the difference?” Anise and licorice are popular ingredients that have numerous health benefits. Anise is in the parsley family and tastes similar to licorice. Anise is most commonly consumed as a tea. Licorice is a legume that is most commonly sold as a powder, loose herb, or liquid extract.

Anise and licorice have both subtle and obvious differences and similarities, and we compare them all for you in this article.

Anise is a dainty flowering plant with feathery leaves and tiny white flowers that grow in clusters.

It’s within the parsley family, although, unlike parsley, it’s not the leaves that most people consume but the seeds.

Anise, star anise, and fennel all taste like black licorice.

The licorice root is the original flavor reference point for the candy, but most manufacturers now use either anise or star anise in their formulations, so it would be more appropriate to say licorice root tastes like anise, though fewer people would understand the comparison.

On a similar topic, anise vs star anise and anise vs fennel are very common related questions.

All three are very different plants, despite their similar flavors and even names.

They all have a compound called anethole in common, however, which is where the flavor comes from. The compound is also in licorice root, though it’s much more potent than found in anise, star anise, or fennel.

Anise is used frequently in both sweet and savory dishes, though only by those who enjoy the licorice taste and fragrance.

Spiced cookies, butter and spreads, and cakes that are spiced with cinnamon, cardamom or nutmeg come to life with a little bit of anise.

Soups and salads are another great way to use anise, especially if you’re looking to boost the flavor and potency of fennel fronds.

Most commonly, however, people drink anise. It can be added to mulled wine, chai tea, or hot cocoa, or you can turn it into a tea by itself.

How to Make Anise Tea

You can make anise tea using either the dried leaves or the dried seeds, which you can find on Amazon.

Use 1 – 2 teaspoons of either per cup of hot water. It’s a good idea to boil your water and then let sit for 5 minutes to cool before adding to your herbs, to protect the medicinal value.

If you have a loose leaf tea strainer this will work perfectly for anise as well, or you can let it free-float in the water.

If you swallow some, it will merely provide more nutrition for your body. Let it steep or brew for 3 – 5 minutes before drinking.

Anise has a strong flavor that can be nicely tempered either using milk or by combining it with other spices, such as cinnamon or ginger. A little bit of honey is always welcome in a steamy cup of tea as well.

As a blanket statement, anise is considered safe for consumption for all humans, however, in rare cases, anise tea side effects may be the result of an allergic reaction or extreme estrogen sensitivity, since anise has estrogen-mimicking compounds.

One would have to drink a lot of tea for this to be a problem, but it is a possibility.

For such a small seed, anise is surprisingly high in iron, offering about 13% of your daily recommended intake in a single tablespoon.

In all honesty, not many people consume a tablespoon of anise at a time however, unless it’s being taken as a medicinal prescription.

Research is still collecting evidence on this spice, but it has been linked to reduced symptoms of depression and menopause, as well as lowered inflammation.

Anise has also received some positive press when it comes to tackling the last 10 pounds. Anise benefits for weight loss are thanks to the soothing effects for your digestive system.

Having a healthy gut and intestinal tract helps move waste out efficiently, reducing bloating and the uncomfortable effects of constipation.

The scientific name of the plant is glycyrrhiza glabra, and it’s actually a legume.

Aside from the popular black candy, licorice is most commonly used as a digestive aid.

Throughout history, people have turned to licorice to help calm heartburn, soothe ulcers, ease food poisoning, and simply as a digestif after a big meal.

Throughout history, licorice root tea was a popular cure-all beverage in ancient Egypt, and later in China as well. More recently, the medical community has started prescribing an extract as an easy way to dose safe amounts of the glycyrrhizic acid, the medicinal component of licorice.

Some research suggests that there are over 300 compounds that have medicinal properties, primarily antimicrobial and antiviral. With this vast number of nutrients, the health benefits probably go well beyond what science has currently discovered.

As a perfect example of the age-old cliché, too much of anything is bad, licorice root side effects can be severe if you consume much too much.

In extreme cases, licorice root can deplete your body of potassium, causing weakness in your muscles and potential disruptions to your metabolism. It can also increase your blood pressure and may even lead to irregular heartbeats.

How to Use Licorice Root

Because of its many medicinal properties, you can find licorice root conveniently packaged in tablets, either chewable or capsules you swallow whole, in addition to the more traditional powdered form, extract, or as a loose herb.

The tablets are fairly self-explanatory, and the extract should be used as directed. Many people add it to a drink or place a few drops under their tongue, but in a concentrated formula, you should ask the advice of your doctor.

If you find yourself with the herbs, your best solution is to make it into a tea.

It’s possible, though unlikely, that you can find the whole plant and be tempted into chewing licorice root.

This has been done throughout history more or less safely, but it can be difficult to track how much you’re consuming at a time and there have been many people who end up mindlessly chewing it too regularly and doing more harm than good.

Licorice powder, like our favorite from Banyan Botanicals, is a popular way to purchase the plant if your primary concern is topical.

You can blend it with your moisturizer, a gel, or a skin safe oil like coconut oil to rub over an affected area.

If you do oil pulling for your oral health, you can also mix some powder in your oil for pulling.

What are the licorice benefits for skin?

Licorice root has fantastic antibacterial properties which makes it effective for treating small skin wounds or conditions like eczema. Some people even gargle with it to clear up oral infections and prevent decay.

If you find powdered licorice root, you can combine it with a gel or carrier oil to apply topically, and it’s even been shown to have results for clearing up acne without over-the-counter drugs.

How much licorice is safe?

With licorice, it’s consistent long-term usage you want to be careful about. If you’re using it for health reasons, keep your daily dosage below 2 ounces or about 57 grams.

For safety sakes, it’s best to limit your intake to no more than 30 mg per day.

If you have a history of heart problems but want the digestive benefits, you can find a product called DGL, which is licorice root with the potentially troublesome glycyrrhizin removed, though you should still limit your intake to 5 grams per day.

What is a licorice tasting vegetable?

Fennel. Fennel is a root vegetable that looks very similar to celery, with an edible root, stalks, and leaves, but it imparts a distinctly licorice-like flavor to everything it is eaten or cooked with.

Up Next: The Difference Between Fennel And Dill