Home Foodsguy Soufflé Vs Quiche – What’s The Difference?
FoodsguyThis vs That

Soufflé Vs Quiche – What’s The Difference? 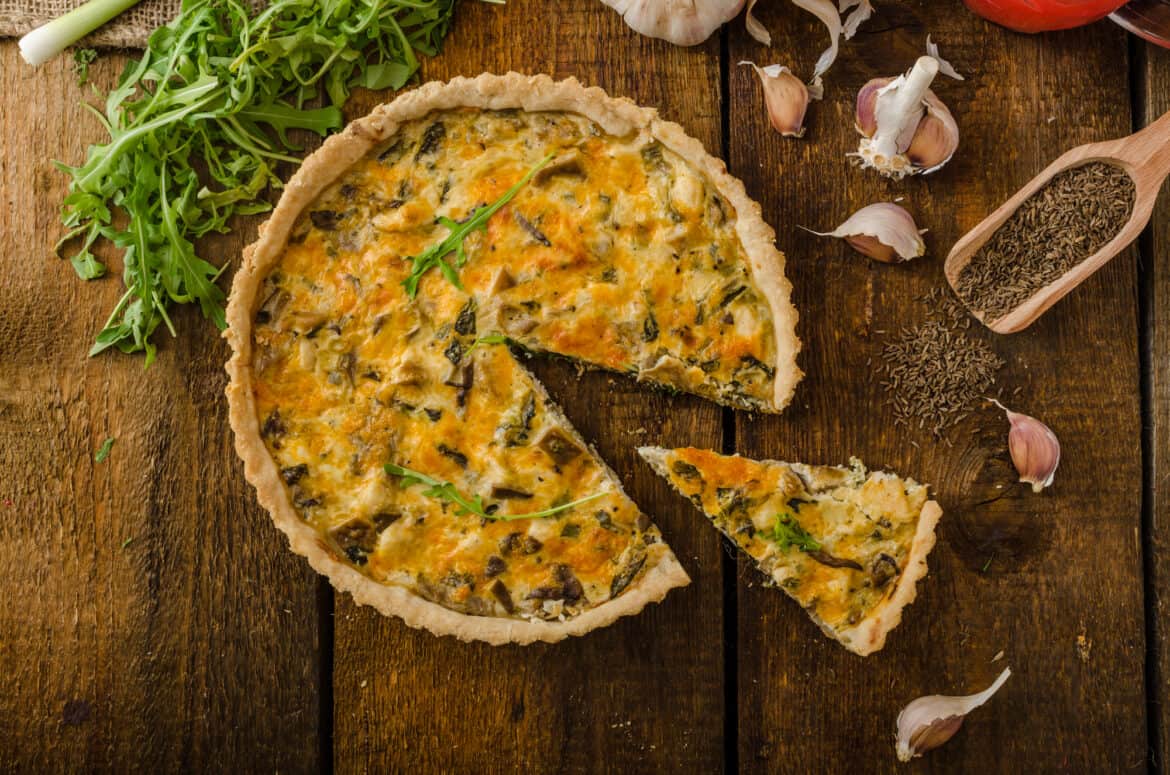 If you’re a big breakfast fan, then you have probably seen hundreds of different soufflés and quiches on menus. However, you might be wondering what the difference is between these two foods?

They’re both made with eggs and cheese, they are both baked in an oven, both savory, and most importantly, both equally delicious!

So, what is the actual difference between a soufflé and a quiche? The biggest and most obvious difference is the shape. Soufflés are made and served in ramekins which creates a tall fluffy shape, but relatively small compared to a quiche. Quiches are served out of their large round pie dishes and are about an inch tall.

The other definitive difference is the texture. Quiches are very dense due to the egg mixture used, whereas soufflés are fluffy because of the beaten egg whites.

Today, we will dive deep into all the differences between soufflés and quiches, from ingredients used, preparation methods, baking methods, and even different flavor profiles.

What is a Soufflé?

The simplest definition of a soufflé is that it is a light and airy egg-based dish.

Soufflés originated from France, but today you will find that virtually every cuisine has its own version of this fluffy dish.

First things first, it is important to understand that soufflés can either be savory or sweet. Sweet soufflés, like vanilla or chocolate soufflés, are made similarly to savory soufflés.

Savory soufflés is what we will be looking at today and what many people confuse with quiches.

A soufflé is made out of mainly eggs, cheese, and milk. The egg whites are beaten and folded into a seasoned egg yolk mixture which creates the world-famous fluffiness.

This egg-yolk mixture is where the flavor comes from. There are thousands of different savory soufflé recipes to choose from that can be anything from spinach and corn, to a wide variety of cheese, like a goat’s cheese soufflé.

The soufflé mixture is then placed into a special mold, often a white ramekin, and then baked in an oven for roughly 30-40 minutes, depending on its size.

Soufflés are not too difficult to make, however, the biggest problem recipes have is that they deflate once removed from the oven. This is why many people struggle to get a good recipe.

What is a Quiche?

A quiche is a type of savory tart that is made from a custard baked inside a pastry crust.

These tarts are French, however, there are records from England since the early 14th century, where custards (eggs and cream mixtures) were baked in pastries.

Quiches are always savory, otherwise, it cannot be called a quiche. The base is made from a savory pastry, usually pâte brisée or more commonly known as pie dough. This dough is often pre-baked inside a pie dish.

The savory custard filling consists of eggs, cheese, and cream. Other savory ingredients may be added to the custard to create different flavor profiles.

The custard is added to the pre-baked pastry shell and baked for another 20-40 minutes (depending on its size) until the egg mixture has fully set.

Quiches don’t always have a crust and are then referred to as a crustless quiche. This also creates confusion as there are other dishes, like frittatas, which are similar looking.

What are the Differences?

The first and most obvious difference between a soufflé and a quiche is its shape. Soufflés are baked in small molds, often white ramekins. Quiches are baked in pie dishes that are flat and round.

The second big difference between them is how the eggs are prepared. For soufflés, egg whites are beaten to soft peaks to create a soft fluffy dish. For quiches, eggs aren’t beaten which creates a denser product.

Soufflés also often contain milk, whereas quiches contain cream. This also contributes to the differences in their texture.

A soufflé doesn’t have any form of a crust, whereas a traditional quiche does have a savory pastry crust.

Both these items are baked in an oven and at very similar temperatures and times. The big difference is that a quiche has to have a pre-baked pie crust, which essentially takes longer.

Up Next: Can You Freeze Cherry Pie?

What Is A Boning Knife Used For? – Complete Guide

Can You Freeze Meringue?