Home Foodsguy Red Beans Vs Kidney Beans – Are They The Same?
FoodsguyThis vs That

Red Beans Vs Kidney Beans – Are They The Same? 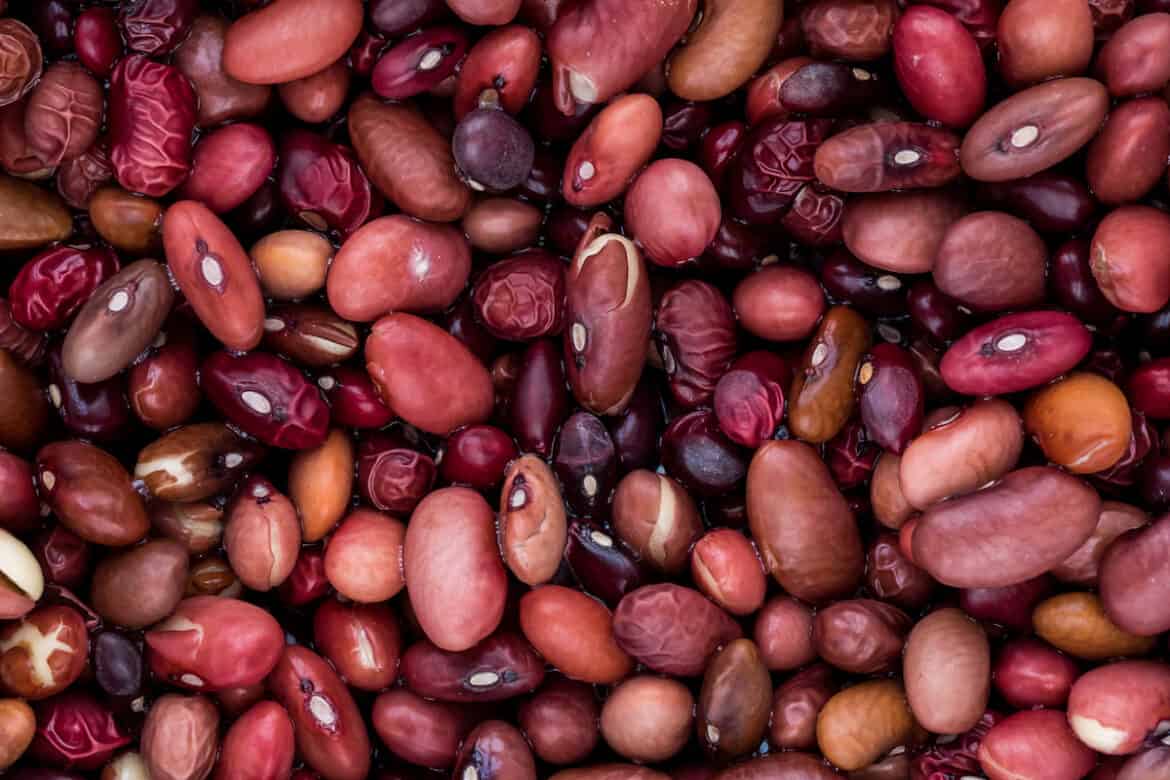 Beans are some of the healthiest, most delicious, and affordable foods you can incorporate into your diet. And they come in a range of varieties too!

If you use beans often, you may have come across recipes that tell you to use red beans. But there are many bean varieties that are red, including kidney beans. So, are red beans and kidney beans the same?

Continue reading to learn everything about red beans and kidney beans and how they compare. From visual characteristics and flavor to cooking methods and storage, we have covered it all in this article.

What Are Beans Anyway?

Beans are such a common ingredient used in cooking that we don’t even think about what they actually are. Which food group do beans belong to? Are they grains or are they vegetables?

Similar to vegetables, beans contain a high amount of fiber. But what is interesting is that they also contain a lot of protein. The latter causes confusion about whether or not beans are vegetables.

Beans are classified as members of the legume family. Legumes, in their turn, are a class of vegetables. Aside from beans, this group also includes peas and lentils.

So, beans are vegetables!

Beans come in many different sizes and shades and there are hundreds of bean varieties in nature. Beans are a staple ingredient in many cuisines, including Mexican and Indian.

Red beans and kidney beans are two of the most popular bean varieties. But there is a lot of confusion around these beans as many people consider them to be the same thing.

However, contrary to popular belief, red beans and kidney beans are not the same!

While many people think of red beans as something that refers to a group of red-colored beans, it is actually a standalone bean variety just like kidney beans.

So, red beans and kidney beans are different types of beans. But what makes them different? Let’s see how these bean varieties compare.

One of the key differences between red beans and kidney beans is how they look.

Kidney beans are significantly larger than red beans. They don’t have a round or oblong shape like most beans. As you can guess by the name, these beans look very much like kidney. Red beans, on the other hand, have an oval shape.

As for the color, red beans are pink-red and they look much brighter. Kidney beans are more crimson red. It should be noted, though, that kidney beans come in other shades too depending on the variety.

Red beans and kidney beans differ in terms of their flavor. Red beans have a mild beany flavor with slight nutty undertones. Kidney beans are meaty, with light sweetness.

When cooking with these two bean varieties, consider the fact that kidney beans are better at absorbing the flavors of the ingredients and spices they are cooked with. Thus, their flavor gets toned down when cooked alongside other foods.

Red beans, on the other hand, maintain their beany flavor even when cooked with other ingredients.

When it comes to texture, an important characteristic of kidney beans is their thick and firm skin. Kidney beans are also harder and denser inside even when fully cooked.

Red beans are much creamier and smoother. If a recipe calls for kidney beans but you find their texture to be too tough for your liking, you can certainly use red beans instead.

As for red beans, the name is rather confusing as there are many bean varieties that come in red. Adzuki beans, for example, are beans that have a dark red color. Kidney beans can be red too.

But the name red beans almost always refers to the small beans that have a bright color and are commonly used in Cajun and Mexican cooking.

Kidney beans also contain a high amount of potassium, as well as iron, magnesium, calcium, and vitamin B6.

Compared to kidney beans, red beans are only slightly lower in calories and the amount of fiber and other nutrients they contain.

Despite the differences in texture, red beans and kidney beans have similar uses in cooking. You can use them for chilies, stews, soups, salads, rice and pasta dishes, and dips.

While red beans and kidney beans can be used in the same types of dishes, both of these bean varieties are known for their uses in particular dishes.

Red beans, for example, are one of the main ingredients in the authentic Louisiana red beans and rice dish.

They are also commonly used in the Indian dish called dal. Additionally, red beans are a popular ingredient in Mexican dishes.

If you want to add flavor to your red or kidney beans but are not sure what are some of the safest choices, go with garlic and onion.

When it comes to side dishes, you have a lot of choices with kidney beans and red beans. Some of the easiest things to serve with cooked beans are fresh salads, rice, cornbread, mashed potatoes, vegetable casseroles, and greens.

The storage rules are the same for red beans and kidney beans, and all types of dried beans in general.

Dried beans have a very long shelf life. Properly stored dried beans may have an indefinite shelf life though their quality and vitamin content will start to deteriorate after 24 months.

Once cooked, kidney beans and red beans will last 3-5 days in the fridge. You can cook a larger batch in advance and add a handful to your salads as a healthy source of protein and fiber.

How Do You Use Canned Red and Kidney Beans?

Both red beans and kidney beans come in a canned variety too. If you don’t want to spend a lot of time cooking dried beans, then buying them canned is a good idea.

Canned beans are just as versatile as dried beans. The difference is that they are easier to use and store.

As beans are cooked during the canning process, you can eat them as is right from the can if you enjoy plain beans. We do recommend rinsing canned beans before using them so that they are not too salty.

Use canned kidney beans and red beans for stews, soups, dips, salads, and whatever dish you would make using dried beans.

The general cooking instructions for beans are the same for all varieties. You either cook the beans on the stovetop or in a pressure cooker. Here are step-by-step instructions for cooking beans, including red and kidney beans.

As mentioned above, cooking the beans in a pressure cooker is also possible. Here’s how to do it:

Do You Need to Soak Red Beans or Kidney Beans Before Cooking?

Soaking any type of beans cuts down the cooking time. It also helps reduce the gas-causing effects of beans.

While you don’t have to soak the beans before cooking them, you are often recommended to do so with kidney beans. Red kidney beans are said to contain the highest level of toxic protein found in beans.

Lectin found in raw and undercooked kidney beans can be very harmful at high levels. This is why it is a good idea to soak your kidney beans in water for a few hours before cooking them.

Soaking eliminates most of the toxic protein in kidney beans.

Can You Substitute Kidney Beans With Red Beans?

While there are certain flavor and texture differences between kidney beans and red beans, the latter works well as a substitute for kidney beans.

If a recipe calls for kidney beans or red beans but you don’t have any of them at home, there are other bean varieties that will work as substitutes for both.

Can You Use Red Beans Instead Of Kidney Beans In Chili?

Chili is one of the most popular dishes that is made with kidney beans. But as mentioned above, kidney beans and red beans are interchangeable in many recipes, and chili is not an exception.

Red beans make a great substitute for kidney beans in chili alongside such other bean varieties as pinto beans and black beans.

With this said, red beans in chili yield a creamier and smoother texture while kidney beans remain firmer and add texture to the chili. For a richer flavor and texture, you can use both bean varieties in chili.

What Are The Differences Between Red Beans, Kidney Beans, And Pinto Beans?

Pinto beans are another popular bean variety. Although pinto beans are brown and speckled, they acquire a reddish color when cooked. This makes it easy to confuse cooked pinto beans with cooked red beans and kidney beans.

Texture-wise, pinto beans are much creamier than the other two. They also differ in terms of flavor. These beans have pronounced nuttiness that the other two lack.

Up Next: Can You Cook A Totino’s Pizza In The Microwave?

Can You Cook A Totino’s Pizza In The Microwave?

The 9 Most Expensive Blenders That Are Worth The Money