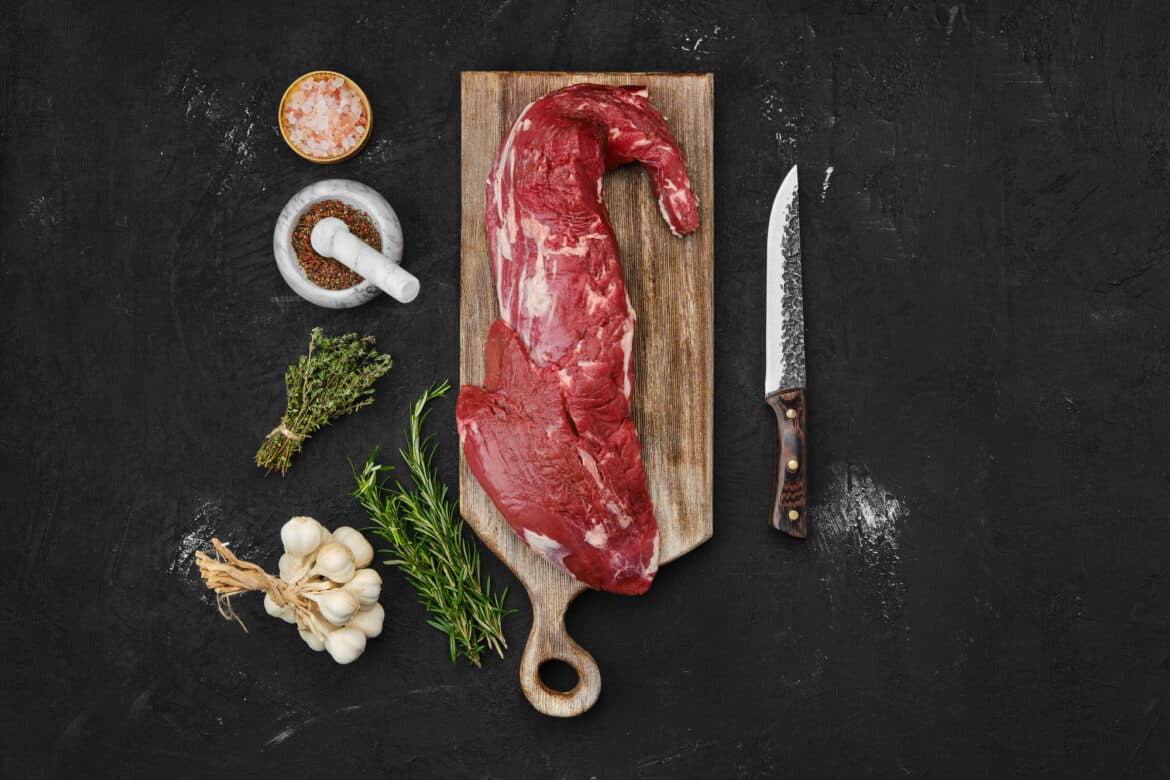 When it comes to choosing the perfect steak, the wide range of selections available can be very confusing.

Fans of beef will tell you that sirloin is one of the finest cuts of meat in the world, and we would certainly agree! This succulent and tender cut of beef is full of rich, juicy flavor, making every bite a savory taste sensation.

But when it comes to picanha vs tri tip, what is the difference? Both of these cuts of beef come from the sirloin muscle, but tri-tip is normally slow-cooked in a smoker whereas picanha steaks can be seared over high heat. The meat of tri-tip beef is normally marbled with connective tissue, but picanha has a distinctive layer of fat on the surface of the joint.

Let’s take a look at everything you need to know about picanha and tri-tip to find out all the similarities and differences between these cuts of meat!

If you’re a fan of a juicy cut of steak, you’ll already be familiar with many favorites — ribeye, tenderloin, sirloin, rump, and so on.

But while we tend to stick to what we know, a good butcher will also have a range of other less familiar beef cuts on offer.

Picanha is a cut of beef taken from the rump cap muscle — technically known as the top sirloin subprimal.

It is shaped like a curved triangle and is often covered by a large fat cap. However, many butchers remove this cap, revealing the beautiful red meat underneath.

You may also come across picanha which is referred to by many other names, including “top sirloin cap” and “coulotte.”

The name picanha itself is the Brazilian name for this cut of meat, and this prime piece of beef is prized in Brazilian steakhouses.

The tri-tip is another cut of beef that has very interesting origins.

For many years, butchers considered this cut too difficult to be worth bothering with, and it was normally ground for hamburger meat.

However, in the 1950s a man named Bob Schultz began to change all this!

Shultz, a Californian, realized that this part of the beef carcass was actually an incredible steak, and began selling it at his store, the Santa Maria Market.

This is why you will sometime hear tri-tip referred to as a “Santa Maria steak,” although you will also find it labeled as a “Newport” or “triangle steak.”

Tri-tip steak is cut from the bottom sirloin subprimal muscle and is triangular in shape. It is a boneless muscle that is quite lean, with a beautiful marbling of fat and connective tissue.

Similarities Between Picanha And Tri-Tip

Many people get picanha and tri-tip confused, and it is easy to see why! Both are cut from the large sirloin muscle, which is a thick band of tissue located between the ribs and the rump.

The sirloin starts at the top of the back, where sirloin steaks are cut from, and extends downwards around the waist of the cow.

Both the tri-tip and picanha cuts weigh in at around 2.5 pounds, and they can be sold as whole roasting joints or cut into steaks.

The subprimal sirloin muscles come from a hardworking area of the body, and steaks cut from this area tend to be less tender than premium cuts like ribeye or tenderloin.

However, if cooked correctly, they can still melt in the mouth and have an incredible flavor!

One final thing that tri-tips and picanhas have in common is their value for money compared to premium cuts of steak. They are relatively inexpensive, meaning you can afford to splash out and have steak for dinner more often!

Differences Between Picanha And Tri-Tip

While picanha and tri-tip are both types of sirloin, saying they are the same would be like saying all types of cheese are the same!

There are many differences between picanha and tri-tip, so let’s find out all about them.

When cut into steaks, picanha is often cut thicker than tri-tip. Tri-tip is flatter than picanha and tends to be thinner, with a more pronounced triangular shape.

Picanha is capped with a thick layer of fat, although this is often trimmed away by the butcher. Tri-tip may have just a small amount of fat around the edges, or none at all.

There is very little difference in the flavor of these two types of sirloin, but tri-tip would probably come out on top in a taste test. However, neither cut of sirloin would disappoint anyone who is a big fan of steak!

Tri-tip contains a higher proportion of fatty marbling, which will melt into the meat as it cooks. Fat adds flavor and moisture to beef, and the taste of tri-tip is said to resemble a beautifully slow-roasted prime brisket joint.

Picanha is closer to rump steak in terms of flavor, especially if the fatty cap is left in place.

Both tri-tip and picanha are cut from relatively hardworking muscles on the cow, although they are nowhere near as tough and sinewy as brisket.

If not cooked correctly, the marbled connective tissue in tri-tip can make this steak chewy and unpleasant — you should choose a slower, longer cooking method to allow the sinews to melt and infuse the meat with delicious flavor.

Picanha is not as prone to toughness and is better suited for cooking quickly over high heat. This is due to the smooth texture of the muscle and the delicate fatty layer that protects it.

The biggest difference when it comes to picanha vs tri-tip is the way that they are traditionally cooked.

Picanha is ideal for cooking quickly over high heat — it is normally cooked to the point where it is seared on the outside and slightly rare in the middle.

Ideally, picanha should be cooked without removing the thick fat cap. This helps to keep the meat juicy and tender and gives it an incredibly rich flavor.

The joint of meat is normally sliced into thick steaks, from 1-1½ inches thick. These should be seared on a hot grill or griddle, then cooked on low until the internal temperature reaches a minimum of 130°F.

As always, let the steaks rest before serving!

When it comes to tri-tip steaks, the best method to use is to cook them slowly.

You can get good results from flash-frying a tri-tip steak, but the beautiful marbled connective tissue that makes this meat so delicious can also cause it to become tough and chewy.

In fact, if you’re a fan of slow-cooked beef brisket but find the whole process too long-winded, then give tri-tip a go instead!

You can cook a tri-tip joint in just the same way as beef brisket, but in far less time. This gives you a great alternative to brisket that fits perfectly into a busy modern lifestyle!

The main difference between picanha and tri-tip in terms of nutritional value is the levels of fat, but this varies widely from one cut of meat to the next.

Picanha is famed for its fatty cap, which adds flavor and moisture to the meat. Some butchers trim this away, which you might prefer if you wish to avoid fatty foods. However, do this at your own risk, as the flavor may well be compromised!

Like all cuts of sirloin, both picanha and tri-tip are packed full of nutritional benefits, but they all have their downsides too.

Nutritionists advise that we should eat red meat such as beef in moderation, sticking to no more than 18 ounces per week, split into 3-4 portions.

How To Cook Picanha

The traditional Brazillian way to cook picanha is on a traditional barbecue called a churrasco.

The joint of meat is sliced into thick steaks, which are then threaded onto long metal skewers. Each meat is folded over into a crescent shape and seasoned with salt and pepper.

The skewers are cooked over charcoal for around 20 minutes, turning over 2-3 times during the process. Once cooked, the picanha is then served to order.

If you’ve ever been to a traditional Brazilian restaurant, you will no doubt have seen the waiters walking around with huge skewers of meat, carving them directly onto the diners’ plates. Absolutely delicious!

How To Cook Tri-Tip

Traditionally, tri-tip would be cooked in a smoker to bring out the very best of this beautifully marbled cut of meat.

This joint of meat is cooked whole until medium rare, then sliced into steaks for serving. It should be cooked in an oven at low heat or placed in a smoker for around 45 minutes until the internal temperature reaches 130°F.

The cooked meat is then transferred to a hot grill or griddle and seared on the outside. Rest the meat for 5-10 minutes, then slice into ½-inch thick steaks for serving.