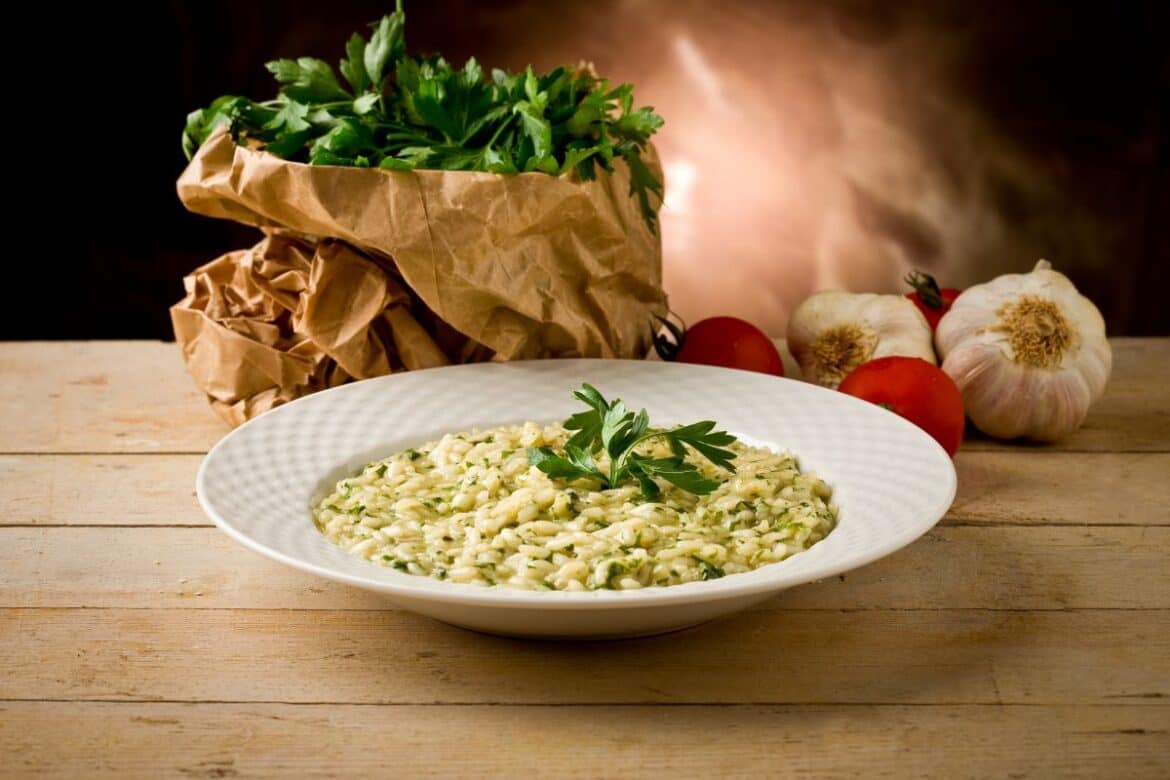 Rice and pasta are both very popular carbs served with different sauces, meals, and ingredients, and while the two are staples in a kitchen, they are quite different.

So, is rice pasta? No, rice is not pasta. Rice is a naturally occurring cereal grain while pasta is man-made, includes several ingredients, and has an entirely different nutritional content.

To improve your knowledge of the food in your kitchen, and to ensure that you use rice and pasta in the best way possible, we have listed the differences between the two and the best ways to use them both!

Rice is a cereal grain, and domesticated rice is the most consumed staple for more than half of the world’s population.

It is the seed of a grass species, called Oryza sativa, which is Asian rice, or Oryza glaberrima, which is African rice. Rice is primarily composed of carbohydrates, with most of the carbohydrates in rice being starch.

Rice is boiled or steamed to be cooked, and once cooked, it can be served as-is, as a side to a dish, or combined with other ingredients such as vegetables or meat to make a meal.

There are different types of rice available, such as long-grain, short-grain, brown, wild rice, and more, which all bring about different textures and flavors when cooked.

Pasta is a specific type of noodle, which is most commonly made from durum wheat, water, and sometimes eggs. A dough is made from a combination of these ingredients, which is then rolled and shaped into different pasta shapes.

Pasta shapes can range from long thin strings to thick tubes and everything in between. Pasta can be sold fresh or dried and needs to either be boiled in water or baked in an oven with other ingredients to cook.

Traditionally, pasta is made with common wheat flour, but there are certain varieties that are made from other types of grains too.

Is Rice A Type Of Pasta?

Rice is not a type of pasta, it is a cereal grain, whereas pasta is made from wheat.

You can use flour made from rice to make pasta, by combining it with water and maybe some egg, but traditionally, pasta is made from durum wheat flour. So, rice does not qualify as pasta.

If you are looking for the best of both worlds, you could choose to have rice noodles, which are similar to pasta but made with rice flour instead. Rice noodles have fewer calories per serving than pasta, and less fat too.

While rice is not pasta, and vice versa, they can be substituted for each other in a range of different recipes and meals, and both are very versatile when it comes to the different ingredients they can be served with, bulking up a meal to make it more filling.

Can You Substitute Rice For Pasta?

Even though they are not the same thing, rice can make for a great substitute for pasta.

You might have made a sauce at home and opened the cupboard to realize you don’t have pasta or felt like a bowl of hearty pasta but have none at home and need a close second – and rice can work great.

Rice is another pantry staple in the kitchen, and you have a wide variety of rice to choose from when it comes to replacing pasta with it, such as short-grain rice, medium-grain, basmati, and wild rice. These all have varying nuttiness, sweetness, and nutritional content.

There are many recipes where rice can work just as well as pasta. One example is mac and cheese.

If you don’t have any pasta to use, you could instead have a cheesy rice dish, cooked in a similar way! You would just have to adjust cooking times to accommodate the rice.

If you prefer brown rice, you could make pasta bakes (without the pasta), featuring just about any ingredients you want.

Brown rice holds up well in heavier dishes, so it won’t mush up and become lost in a sauce. Brown rice is also healthier than white, so it makes for a good swap!

You might have a grip on the differences between rice and pasta, but then orzo comes along to confuse you all over again!

Orzo might look just like rice, although slightly larger, but it actually is not rice at all and is instead a small rice-shaped pasta. Orzo is a type of pasta and falls into the category of tiny pasta shapes, called pastina.

Orzo can be used very similarly to rice, but a common way to serve it is in soups and stew. The name orzo comes from the Italian name for barley. As orzo looks so similar to the barley grain, it is easy to see where the confusion comes in!

Meals To Use Either Rice Or Pasta

It is fairly easy to substitute pasta for rice and vice versa, and there are many recipes that allow for this substitution.

Here are some meals that you can successfully substitute rice or pasta:

Stew is a great example of a meal that can be served with rice or pasta. While most commonly served with rice, there really is no reason that you couldn’t serve stew on a bed of penne or elbow pasta.

Tube pasta would work best to hold the stew sauce and make each mouthful really tasty.

There are many stew recipes that contain pasta such as orzo or smaller pieces of larger pasta types, and these can be substituted with rice.

You might not think that rice can be added to soup, but a small amount can give soup a good heartiness and bulk it up well. The rice will also not add too much extra flavor to the soup, but it will add a different texture to the soup.

Many pasta bakes can easily be made with rice and not pasta.

You will have to adjust the cooking time to accommodate the rice, and maybe add in more liquid, but you could also cook the rice partially before adding it to the other ingredients and baking it.

There are some great rice bake recipes, and the rice works well to absorb liquids and hold the flavor of the ingredients perfectly.

Fried rice is a popular dish that can be made with many different ingredients. As the name suggests, it is made with rice, but if you are out of rice or are looking to try something different, you could make fried rice using orzo.

Orzo is a pasta, but it is small and shaped like rice, so it could work really well as a substitute. You can cook it up much the same way and use the same ingredients as you would for fried rice.

For saucy pasta meals that call for long pasta such as spaghetti or linguine, where rice might not work well, you could instead use a rice noodle.

You will still be getting the shape and texture of pasta, but with the nutritional benefits that rice noodles give!

Nutritional Differences Between Rice And Pasta

Rice and pasta are both great to include in a balanced diet, but both should be enjoyed in moderation.

If you are looking for a lower-calorie option that is lower in carbohydrates as well, then rice would be the better option.

If you are looking for an option that offers more fiber and protein, then pasta is more suited. For both, it is always healthier to choose the wholewheat or brown rice options, which still taste great!

The nutritional differences between rice and pasta are quite small, so it does come down to which you prefer eating.

Rice is not pasta, and pasta is not rice! Rice is a cereal grain, and pasta is made from durum wheat flour.  The shape and size of pasta and rice are different, although there are some types of pasta that look similar to rice, such as orzo.

These two pantry staples are very different, but can be used in place of each other fairly easily. They share similar nutritional values, and can taste fairly similar if cooked with certain sauces and ingredients.

Whichever you prefer, it helps to have a stock of both in your pantry!

Are rice noodles good for you?

Rice noodles are low in fat and have moderate calories, which makes them a healthier option than rice or pasta, especially if you are watching your calorie intake.

Can I substitute pasta with rice noodles?

Regular pasta contains more nutrients than rice noodles, but rice noodles do not contain gluten, which can be a huge benefit if you or someone else in your family is sensitive to gluten. They can be a good substitute for pasta.

Up Next: Is Rice A Vegetable?

27 Best French Candies You Have To Taste For Yourself