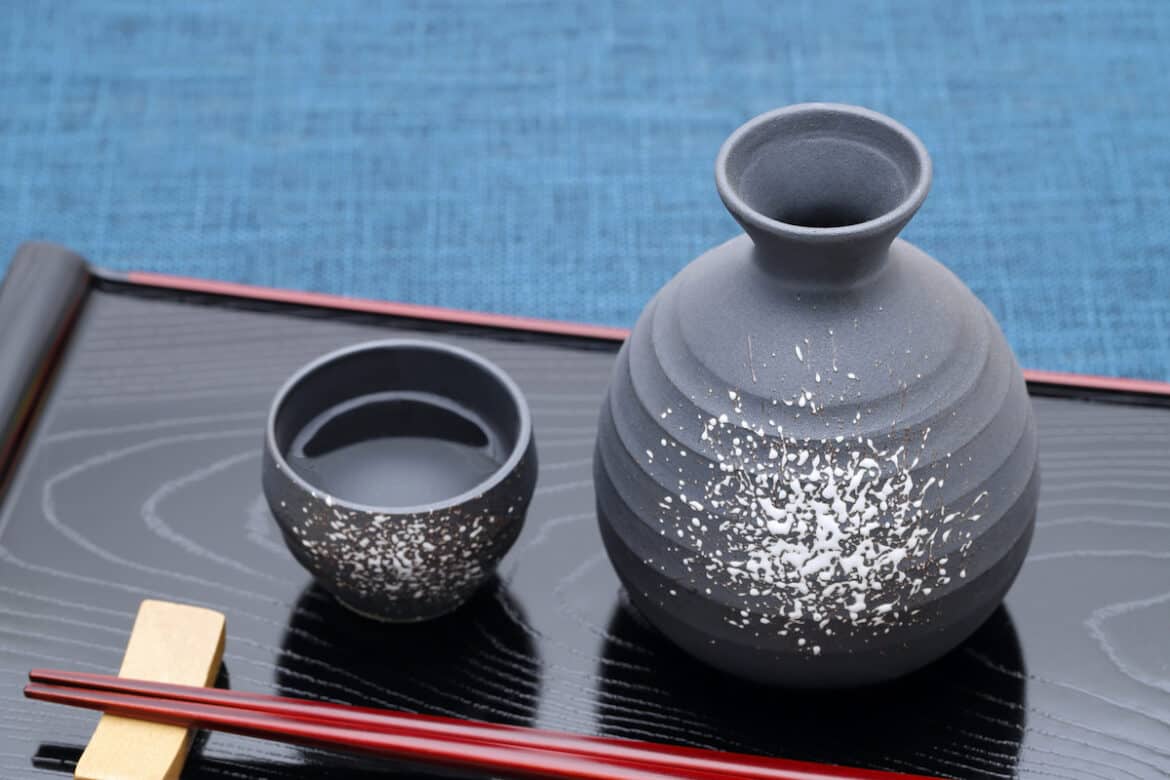 Sake and wine are two alcoholic beverages that differ quite a bit, but unless you have taken the time to get to know more about both, it can be hard to know exactly what those differences are!

What is the difference between sake and wine? A traditional alcoholic fermented rice beverage, sake is mostly made in Japan. Wine is a more widespread alcoholic beverage made from fermented grapes.

While there are differences in taste, production, and more, there are some similarities that sake and wine share too.

To help you know a little more about each, and how they compare to each other, keep reading to find out more about sake and wine!

Sake is a traditional Japanese alcohol that is made from rice. It is a very popular drink in Japan and is iconic in its own right.

Sake has been produced for centuries, dating back to the 700s.

There is a wide variety of sake available, just like wine, where the temperature, the food pairing, and the taste all differ between the types.

It is important to note that sake means “alcohol” in Japan, so when asking for sake, it helps to ask for “nihonshu” to get the real thing.

Wine is an alcoholic beverage that is made around the world.

It is typically made from fermented grapes and comes in the basic varieties of white or red, each with many sub-varieties.

During the fermentation process, yeast consumes the sugar in the grapes, and this then forms ethanol and carbon dioxide, which gives the beverage its alcohol content.

Different grapes used, the region in which it is made, and different types of yeast, all account for the different varieties that are produced.

How Sake And Wine Are Different

It is often thought that sake tastes fairly similar to dry white wine, but the way the two beverages are made, the overall taste, and how they are enjoyed, are quite different.

Here are the main differences between sake and wine:

How They Are Consumed

Sake and wine are enjoyed and consumed in different ways. Wine is typically enjoyed with a large wine glass. The glass might also be specific to red or white wine. The larger size of the glass allows you to smell the wine as you sip it.

Sake is traditionally served in a small ochoko cup. You can also choose to enjoy sake warm or cold, which is not an option you are usually given when ordering wine.

How They Are Produced

One of the biggest differences between sake and wine is how they are produced. This also includes the ingredients used to make either.

Wine is made through the process of fermenting grapes, with added yeast and the sugar which the grapes already contain.

Sake is produced with rice, and the process is more similar to the process of making beer than wine.

As it ferments, the starch in the rice converts into sugar, and eventually, sake is made. A special fungus called koji is added to the rice, as well as yeast, to increase fermentation.

Sake usually contains more sugar than wine, which means that it might have more calories than wine. However, as there is a wide variety of wine and sake available, you would have to check the specific type you are wanting to drink.

How They Pair With Food

Food pairing is a big part of consuming wine, and some meals are made specifically to pair with a wine, and vice versa.

Sake is not often paired with stronger, heavier dishes, and goes best with fish, which is consumed quite widely in Japanese culture.

Sake typically has a higher alcohol content than wine. This is due to the process of making either. Wine involves a high concentration of sugar in the fermentation process, which eventually inhibits alcohol production by the yeast.

For sake, a small amount of sugar is involved in the beginning production, so there are not many limitations of the alcohol production by the yeast.

Sake and wine do taste different from each other, but as there are so many types of wine produced, as well as various types of sake produced, this is a sliding scale.

Some people note that sake tastes very similar to dry white wine, but this will depend on the sake and the white wine you are comparing it to. Sake does not leave a strong taste in the mouth when sipped, whereas wine does.

Having an aftertaste is where sake and wine differ quite a bit! Sake does not leave much of an aftertaste, and the taste of sake quickly disappears once it is sipped down. Leaving next to no aftertaste is a desirable characteristic in a good-quality sake.

On the other hand, leaving an aftertaste is a sought-after quality in wine, and this gives the drinker time to enjoy the different notes and flavors in a good-quality wine.

There are quite a few types of wine that are considered to be better with age and are left to age for years until their taste has improved even more. This is not true for all types of wine but is typically done for red wine.

Sake is not typically supposed to be left to age, and it is known that sake is best when enjoyed within one year. However, you can find a type of aged sake that has been left for around 3 years, which has only recently gained popularity.

How Sake And Wine Are Similar

Alcohol content was one of the differences noted between sake and wine, and they do have a different alcohol content, with sake having a higher alcohol percentage than wine.

However, while sake has a higher alcohol percentage than wine, they do sit within a similar range compared to some other types of alcoholic beverages.

The serving of sake is usually smaller than the serving of wine, so it does make up for the difference in ABV slightly.

Sake and wine are typically paired with different types of food, with wine being paired with heavier dishes and sake being served with lighter meals such as fish.

The similarity in this is that both are paired with food, as they are not very strong alcoholic drinks, and their flavors can help enhance and complement different meals.

Is Sake Or Wine Stronger?

Sake is considered to be slightly stronger than most types of wine, as it typically has a higher alcohol content. However, sake is not as strong as some other spirits such as tequila or vodka.

Sake and wine are two completely different beverages. Both are alcoholic, but the way they are produced, the ingredients they are made with, the alcohol content, how they are enjoyed, and the tastes are different.

Both of these alcoholic beverages should be celebrated independently of each other, and by reading the above differences and similarities between the two, hopefully, you will be able to decide which one to pair with your next meal!

Should sake be kept in the fridge?

Sake can be kept at room temperature and out of sunlight before it is opened, but it is better to store it in the fridge to keep its quality and taste. Once opened, a bottle of sake should definitely be stored in the fridge.

Does sake contain a lot of sugar?

The sugar content of sake might seem quite high at first when compared to other alcoholic beverages, but as you only drink a small amount of sake, compared to what you would beer, you are actually consuming less sugar in one serving of sake than you would beer.

Up Next: The Best Sake Substitutes

Is Chocolate Candy? – Everything You Need To Know