Home Cooking Tips How Long Does It Take For Ice Cream To Freeze?
Cooking TipsFoodsguy

How Long Does It Take For Ice Cream To Freeze? 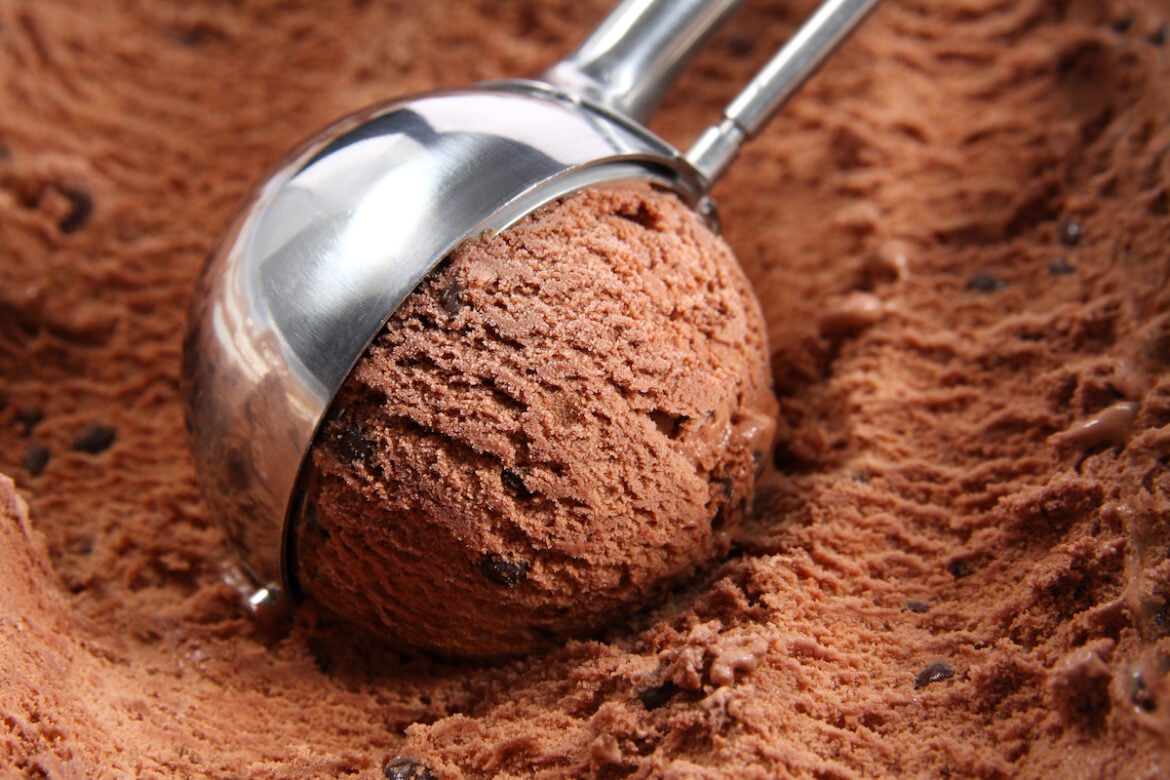 Ice cream is one of the most enjoyable sweet treats on the planet, and it’s especially great served on a hot day – there’s a reason it’s called “ice” cream, after all.

When making and serving ice cream, it may be useful to know how to freeze it and help retain its optimal shape and texture.

Read on to find out more about how long it typically takes to freeze ice cream, if there are ways to make it freeze faster, and the reasons it doesn’t freeze.

How Long Does It Take To Freeze Ice Cream?

The time it takes for ice cream to freeze depends on several factors. When referring to homemade ice cream (by the way, we have a fantastic milk chai tea ice cream recipe for you to check out), the freezing process is divided into two parts.

The first part is the soft freeze process in the machine which can take anywhere between 20- 45 minutes to produce the right consistency.

Once it has the right consistency, the ice cream is transferred to a freezer-safe container and packed firmly while leaving at least ½ an inch of space at the top.

This container full of ice cream goes into the freezer for up to 4 hours to harden properly.

How To Freeze Ice Cream

The best way to freeze ice cream is to keep it in the freezer at -5 to -10°F. The lower temperature will help the ice cream maintain its temperature and texture and prevent it from melting too soon.

As long as your freezer is set at the right temperature, your ice cream will maintain its quality for about 3-4 months.

You may also want to keep your ice cream sealed in an airtight container to prevent freezer burn, which can adversely affect its flavor and texture.

When your ice cream is in the freezer, it is recommended to avoid leaving the freezer door open for longer periods as it can not only affect the ice cream but other frozen goods inside as well.

There are a few additional tips you can follow to accelerate the freezing process:

If you’re new to making and freezing ice cream altogether, here’s a great tutorial from Babish Culinary Universe on YouTube.

What Causes Ice Cream To Not Freeze?

There can be a lot of reasons why ice cream doesn’t freeze properly. Some of the most common ones may include not keeping the ice cream in the center or back of the freezer and not maintaining a low temperature inside the freezer.

When making homemade ice cream, there may be more reasons than the ones mentioned above for the ice cream not freezing as it should. They include:

How To Freeze Ice Cream So That It Isn’t “Icy”?

One of the main differences between homemade ice cream and store-bought ice cream is that the former is often too grainy and has an “icy” texture to it.

Why is this so and how can you freeze homemade ice cream so that it stays creamy? Gritty texture can be either due to the sugar not having fully dissolved or over-churning.

Ice crystals start to form during the churning process as this is what gives ice cream its texture. The issue arises when you churn for too long.

Over-churning causes the crystals to increase in size and give your ice cream an icy texture. Freezing it for too long may also add to the iciness.

It can help if you store the ice cream in airtight, single-serve containers to prevent it from melting and refreezing every time you want to enjoy ice cream.

Another great solution is adding a little alcohol to your ice cream base to keep the texture softer and smoother. Since alcohol doesn’t freeze, it will prevent the ice cream from getting too hard when frozen.

Be mindful of how much alcohol you add to your ice cream as too much of it could prevent the ice cream from freezing at all.

The ice crystals may also be formed due to freezer burn, which is one of the most common reasons for frozen things to go bad.

To prevent it from happening, keep the ice cream in a sealed container and maintain the temperature of the freezer below 0°F.

Can You Take Ice Cream Out Of The Freezer?

If taken out of the freezer for too long, your ice cream will start to melt. You can expect it to take around 20 minutes to turn into liquid.

Depending on the amount of ice cream and the ambient temperature, this could happen much sooner or it may take longer.

If it is hot and sunny, the process of melting could speed up considerably. If it is freezing cold, you may be able to stretch the time to more than 30 minutes.

Can You Put Ice Cream In The Refrigerator?

Depending on the ice cream and how thick it is, it may be sometimes too hard to enjoy straight out of the freezer.

Putting ice cream in the refrigerator is a good way to soften it up before serving.  Do this only 5-10 minutes before serving, though.

Softening ice cream in the refrigerator is always recommended as opposed to doing it on the kitchen counter as it lessens the chances of bacterial growth.

Try to keep the ice cream’s time in the refrigerator as little as possible as it may start to melt after a few minutes. The time it takes to melt will depend on the size of the ice cream, the ingredients, and the temperature.

Letting the ice cream stay in the refrigerator for too long can be dangerous and make it susceptible to bacterial growth as it rises in temperature.

Can You Re-Freeze Melted Ice Cream?

When ice cream melts, its structure changes completely. From a creamy and smooth dessert, it turns into a watery mess that is simply unappetizing. It also becomes susceptible to bacterial contamination that can cause severe illness.

By refreezing melted ice cream, you could be putting your health at risk. It is only safe to refreeze ice cream that has slightly melted and has been kept cold. If it melted outside the freezer, refreezing it and eating it could be risky.

Homemade ice cream doesn’t contain any preservatives and there is an increased chance of bacterial contamination. It is best enjoyed soon after it is ready.

Store-bought melted ice cream can be refrozen, but the refrozen ice cream will have a weird taste and texture. Once it melts completely, it becomes prone to bacterial contamination.

How To Tell If Ice Cream Has Gone Bad?

It can be a bit difficult to tell when frozen foods have gone bad. In the case of ice cream, there are a few obvious signs that indicate spoilage:

If you notice any of the above signs, it is best to not consume the ice cream and throw it out to prevent cross-contamination.

Now that you know all about the time it takes for ice cream to freeze and the best way to do so, here are a few additional questions we thought you might have:

How to use safely melted ice cream?

If your ice cream has melted in one of the safe ways, i.e., partially and while remaining cold, you can go ahead and eat it, add it to your coffee, use it as a sauce for desserts, or use it in a milkshake or smoothie!

The absence of preservatives in homemade ice cream makes it melt faster than store-bought ice cream. It can also be because of the amount of air, fat, and solids that are in the ice cream.

Homemade ice cream can be stored in the freezer for about 2 weeks in an airtight container, after which its texture will become grainy and large ice crystals may begin to appear.

How To Store And Serve Ice Cream Cake