What Is Ice Cream Salt? 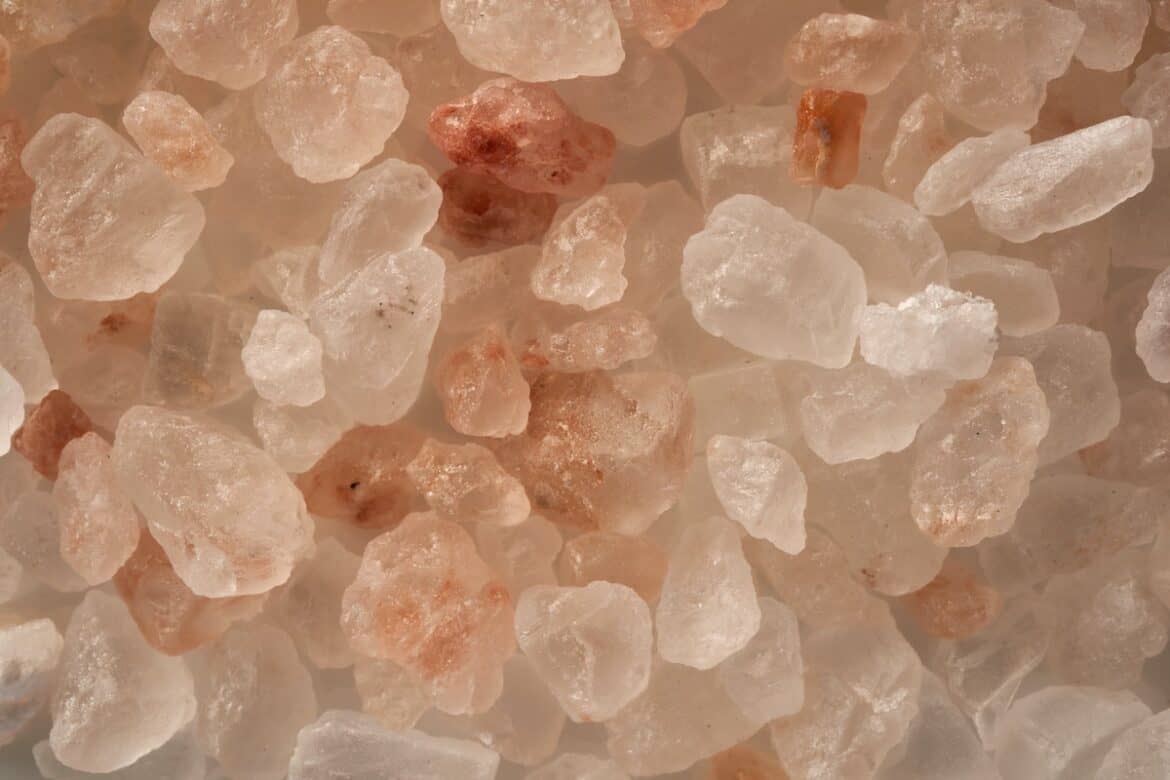 We bet you didn’t even know ice cream salt was a thing! Don’t worry, neither did we! But, confusingly enough, when we looked a bit deeper into it we soon realized that ice cream saltt isn’t used to make ice cream, but rather to freeze it!

So, what is ice cream salt? Also known as rock salt, this salt is added to ice cream makers to help cool the water or ice cubes. This helps lower the temperature and helps freeze the ice cream much quicker.

Today, we will have an in-depth look at exactly what this miracle salt is, how it is used and how it works.

Then, we will also discuss how it should be properly stored, other ways you can use it, where you can find it, and even give you some easy-to-find substitutes!

What Type of Salt Is Ice Cream Salt?

Ice cream salt, or better known as rock salt, is not a type of ingredient used as part of an ice cream recipe, but rather an ingredient used to help freeze it! We know, it sounds a bit confusing, which is exactly why this article is so important!

First, it is crucial to understand how an ice cream maker looks and in a sense, works.

You don’t need to know every detail, but it is important that you understand an ice cream maker has a freezing part and an ice cream chamber. The chamber is surrounded by the freezing compartment.

The ice cream base (or custard) is placed inside the chamber away from the elements inside the freezing compartment.

Many of these ice cream makers’ freezing compartment is then filled with water and ice cubes which essentially helps keep the base (inside the chamber) cold.

The freezing compartment (and the cold ingredients inside it) helps the ice cream freeze much quicker and much more effectively.

Now, this is where the ice cream salt comes in.

Salt helps lower the temperature of liquids and ice inside the compartment so that the ice cream freezes even more rapidly! We were also not sure whether to be stunned or amazed!

Like we have mentioned before, rock salt is usually used as ice cream salt because of its many favorable characteristics. Rock salt is either completely clear in color or has a white-ish hue to it. This is because of its mineral content.

This salt also comes in shades of blue, purple, red, pink, yellow, orange, and grey. These colors all depend on the amount the salt has been processed as well as the minerals they contain.

Rock salt also contains a ton of impurities. The impurities also contribute to the color of the salt. Unfortunately, rock salt isn’t commonly found in edible forms, which is why it is perfect for this use.

Ice cream salt forms isometric crystals, a fancy word that basically means it has a cube shape to it. Each crystal is larger compared to table salt crystals.

The fact that the crystals are larger is exactly why it works better for freezing ice cream compared to regular table salt. The fine texture of table salt will likely cause the crystals to sink to the bottom and dissolve within a few minutes.

The larger crystals will mix with the water much better and will also not dissolve as quickly, giving them more time to cool the water and in essence, the chamber that contains the ice cream.

How Is Ice Cream Salt Used?

So, in daily life ice cream salt has many uses. Rock salt is often used to help clean oil or fat spills, kill weeds in crop fields, and even help with body aches and cramps!

Well, it does! Salt is actually an amazing mineral that can both freeze ice and make it colder! So, for culinary purposes, it is used more in the “help cool” kind of way.

Rock salt can be found in edible forms (although it is very rare) and can then be added to a grinder and used in virtually any dish. However, it is very salty so it is advised that you use a lot less compared to regular table salt.

What Does It Do In Ice Cream?

Ice and ice water are usually placed in the outer chambers of ice cream makers. They however aren’t cold enough on their own to freeze the ice cream quick enough.

So, by adding some rock salt to the mixture, it lowers the temperature to a few degrees cooler than the freezing point, which is 32°F (0°C).

This helps cool ice cream quicker and solidifies the base more efficiently. The temperature ice cubes can drop by is only as much as 37 degrees (21° degrees Celsius).

How To Store Ice Cream Salt

It is very important to properly store salt, no matter which type you choose to use or what you want to use it for! The finer the salt crystals, the more prone they are to spoilage.

While rock salt (and salt in general) cannot ever expire, it can still be affected by external factors such as heat and moisture.

Salt absorbs moisture and then changed consistency. So, by storing salt in a humid area, you are exposing it to moisture which may cause it to clump.

The same goes for an area in direct heat (next to an oven or a fridge) or in direct sunlight (in a window). The heat builds up inside the package, causes condensation which will lead to the salt being ruined.

The best place to store salt is inside an airtight container or bag, in a cool and dry place. There should also be very few fluctuations in temperature.

How To Fix Clumping Rock Salt

If your rock salt does end up clumping together, it isn’t a problem at all considering we are using it for making ice cream. Simply break apart the salt clumps and add them to the ice cubes or ice water inside the chamber.

They will still function as they normally would!

Can Ice Cream Salt Be Consumed?

Even though ice cream salt does have the same chemical composition as normal table salt (sodium chloride), it differs in quite a few ways. First, it is usually a very coarse salt and very difficult to incorporate.

However, the biggest problem is that it contains a ton of impurities. Ice cream salt (or rock salt) has not been purified because its intended purpose is not to be used in food products.

This type of salt is usually used to help cool liquids and freeze them faster but is also used to help melt ice on driveways and sidewalks in frosty conditions.

Where To Find Ice Cream Salt

The best bet would be at your local grocery store as rock slat is pretty readily available. If you cannot find it there you can also look at a hardware store since it doesn’t have to be edible for the purpose of making ice cream.

Alternatively, you can find ice cream salt on Amazon.

Okay, so let’s say you don’t want to go spend money on ice cream salt, are in a pinch, or cannot find any anywhere! There are a few easy substitutes you can use that will still work great for making ice cream.

Kosher salt is the first best substitute to use. It is easy to find, affordable, and easy to use. It has larger crystals than table salt so will not sink to the bottom. You will probably need to use a little bit more kosher salt than rock salt.

The next substitute is coarse salt.

This salt is very similar to kosher salt in appearance and texture, but it has been processed and usually contains anti-caking agents (which doesn’t make it clump). Coarse salt is extremely affordable and works great!

You can also use table salt, but we have already discussed the possible issues you can run into using it. However, in a pinch, it will have to do.

You can use virtually any type of salt you can get your hand on; edible or otherwise. We wouldn’t recommend using expensive salts (like Himalayan pink salt, Maldon salt, black salt, or even normal sea salt flakes).

They are much too expensive for this use and should rather be kept for delicious recipes.

Now that we’ve gone over what ice cream salt is, let’s take a look at some related questions on the subject!

Is ice cream salt safe to consume if it doesn’t state “edible” on the package?

Unless your package specifically states that the salt is edible, do not eat it or use it in food or for preserving.

What happens if you eat ice cream salt?

Ice cream salt contains impurities that could potentially be harmful to your body (depending on what they are).

The side effects could range from nothing to a bit of a cramping stomach (because of the high salt intake), to severe digestive irritation.

Ice cream salt is generally additive-free and doesn’t contain anti-caking agents or iodine. But, that still doesn’t make it safe to eat.

Up Next: French Vs Italian Macarons – What’s The Difference?