Can You Freeze Soy Milk? 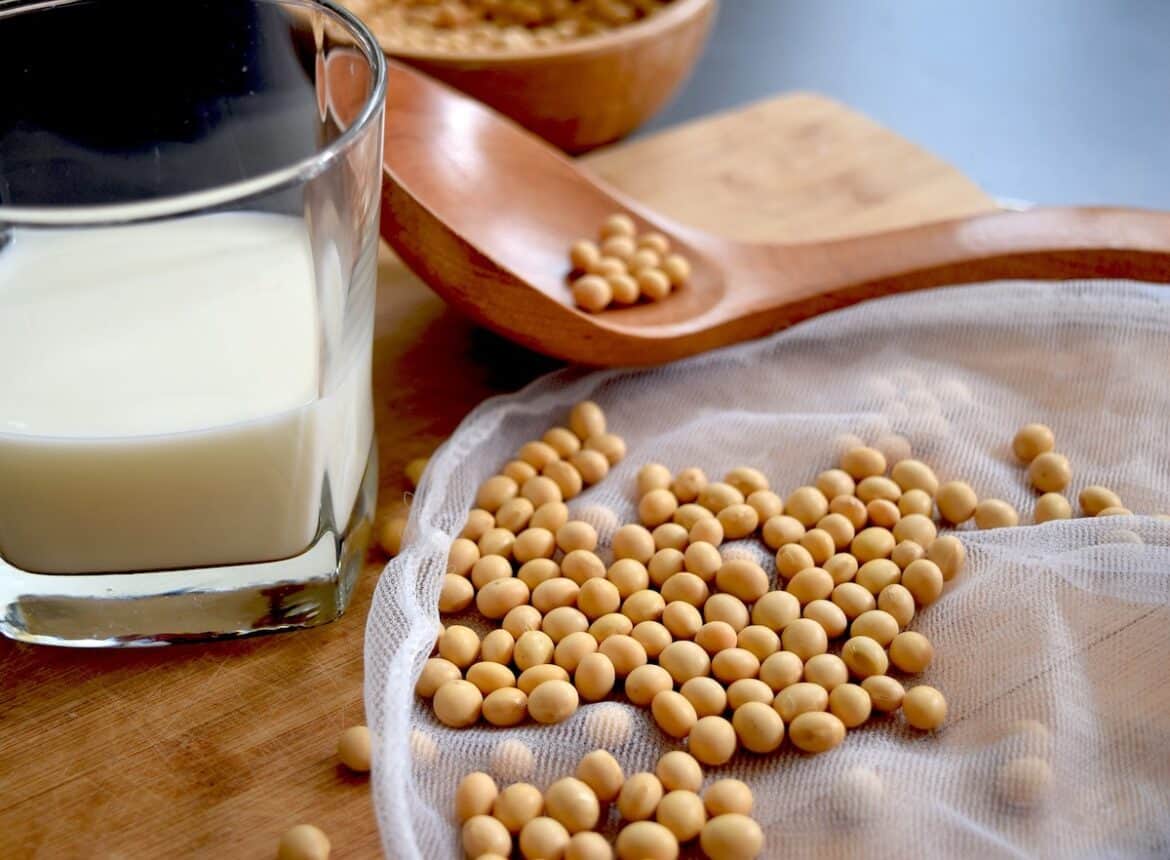 Soy milk is a plant-based beverage made from soybeans and a great alternative to dairy milk. It has become a popular choice among vegans and people with lactose intolerance.

You may have a surplus of soy milk at your home for a variety of reasons and may end up with much more of the product than you require.

This may be due to a sale on your favorite soymilk at the supermarket or that you simply miscalculated how much you needed at a given time.

Can you freeze soy milk? The simple answer to this is yes, you can freeze soy milk in the freezer for up to 3 months. However, it is not the most forgiving when it comes to freezing and has the tendency to change its texture and appearance that, upon thawing, may not resemble its original state at all.

Read on to find out what happens to soy milk when you freeze it, the best way to do so, how long it lasts in the fridge, and much more.

What Happens to Soy Milk When You Freeze It?

Fresh soy milk has a smooth and creamy texture and it makes a great substitute for dairy milk to be consumed directly, on top of cereal, with coffee, or in recipes such as desserts, soups, and baked goods.

This texture, which is loved by soy milk consumers all around the world, is sadly lost during the freezing process. Why does that happen?

Although it doesn’t affect its safety or nutritional value, freezing soy milk results in a thawed mixture that is very different from the original product.

Thawed soy milk will never be as smooth and creamy as it initially was and may need to be reconstituted to regain some of its original texture.

In addition to changing the way it looks, the freezing process may also change the way that soy milk tastes.

Not only that but if you do not store the soy milk properly in the freezer, other odors may be absorbed into the frozen soy milk and alter its taste even further.

This, however, does not mean you can’t freeze soy milk or that you shouldn’t. Freezing it is always better than throwing it away.

You may not want to drink it straight or pour it over your cereal, but you can incorporate the thawed soy milk successfully in recipes.

One important thing to note here is that there are several types of soy milk available in the market with many brands to choose from.

Every brand of soy milk has a different recipe and some manufacturers fortify theirs by adding vitamins, calcium, and omega-3 fatty acids to make it as similar as they can to dairy milk in terms of its nutritional value.

This results in varying outcomes when it comes to freezing based on the brand of soy milk you are using.

How to Freeze Soy Milk

Even though it is not ideal, freezing soy milk can help preserve it for later use, especially if you intend to use it for cooking.

Here are step-by-step instructions on how to properly store soy milk in your freezer:

How Long Does Soy Milk Last in the Fridge?

Soy milk, like dairy milk, is perishable and requires refrigeration once it is opened, after which it must be consumed within 3 to 5 days.

Before being opened, it does not require chilling and can be kept in the cupboard or pantry. It has a long shelf life of approximately 8 months to 1 year.

After the 5-day mark, chances are that the soy milk will have gone bad, the indicators for which are very similar to those of spoiled dairy milk.

Bad soy milk will start to smell sour and, instead of being smooth in texture, you will notice that it has become lumpy.

Another indicator to know that your opened soy milk is not fit for consumption is that the carton that it is in will begin to expand.

If you have soy milk in the fridge that is about to go bad, you can whip up some healthy soy milk smoothies, use it as an ingredient in a variety of recipes, or simply freeze it for later use.

Now that we’ve gone over how to freeze soy milk and some things to consider when doing so, let’s take a look at some questions you might’ve had when reading this article.

How to thaw frozen soy milk?

To thaw frozen soy milk, simply remove the container or individual batches from the freezer and place them in the fridge for several hours, preferably overnight.

Once the milk is completely thawed, give it a vigorous shake or stir to reconstitute the ingredients that had been separated during the freezing process.

This will help bring back some of the milk’s original texture and make it ready to be used in recipes.

If you are pressed for time, you can speed up the thawing process by placing the frozen container in lukewarm water.

If you’re going to eventually heat it, such as in baking, you don’t need to thaw it. You can warm it in the microwave or on the stove for your recipe.

Use the thawed soy milk immediately and never refreeze it. To avoid waste, make sure to freeze in small batches, as mentioned above, so that you thaw only as much as is required.

How can you use thawed soy milk?

Because thawed soy milk often tastes and looks slightly different from fresh soy milk, you might want to consider ways to incorporate it into recipes instead of drinking it directly.

Of course, you can always consume it directly as well if you don’t mind the change in taste and texture. Otherwise, some of its most common uses include smoothies, desserts, pancakes, and other dairy-free products.

You can also throw in frozen soy milk cubes in your smoothie, instead of regular ice cubes, or blend a couple of them for added texture.

Can you freeze homemade soy milk?

Yes, you can. Homemade soy milk can be frozen using the same method as freezing store-bought soy milk.

However, as with the store-bought variant, homemade soy milk will also slightly change in taste and texture once frozen due to the same process of separation.

One important thing to note here is that since homemade soy milk does not contain any preservatives, it can go bad at a much quicker rate and freezing will help safely preserve it for later use.

Also, since homemade soy milk is not packed, it must not be stored at room temperature and instantly shifted to the refrigerator to be consumed within a few days.

Can you freeze soy milk to make ice cream?

No, freezing soy milk with some fruit will not make ice cream, just as freezing regular milk won’t. It will, in fact, make a clump of frozen (and separated) soy milk with fruit that will look nothing like ice cream.

However, if you have an ice cream machine, you can use thawed soy milk in an ice cream recipe to make the delectable dessert.

The change in the texture and taste of the thawed soy milk should not be noticeable in the ice cream after processing.

To be sure, you can test out a small amount to see if it works for you and if the changes are something you can get past.

Up Next: 9 Best Energy Efficient Kettles

Prunes Vs Plums – What’s The Difference?

Can You Freeze Braunschweiger?