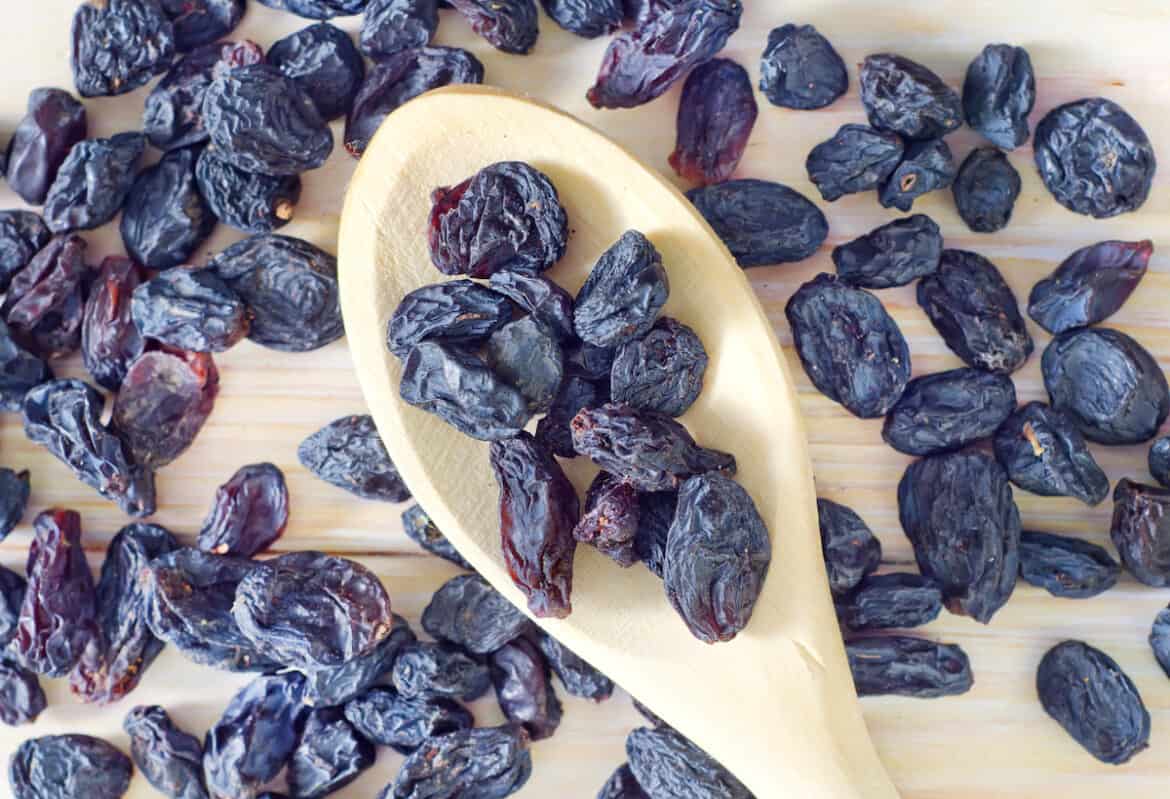 Dried currants are made from a specific type of grape, called Zante. Many people enjoy dried currants as a healthy snack, in pastries, in stuffing, or to add flavor to oatmeal and cereals.

They are sweet and rich, and are the perfect addition to many sweet dishes and even some savory meals as well.

However, currants are not always easy to come across, or you might have run out of currants just before you use a recipe that includes them.

Below is a list of all the best dried currant substitutes, and how to use them in different recipes!

A Quick Guide To The Best Substitutes For Dried Currants

Running out of currants when you need them to whip up a recipe doesn’t have to be the end of the world.

Here is a quick look at some of the best substitutes to use in their place:

Don’t just choose one of these options and leave before you know whether it will actually work for your particular dish. Read on to understand a bit more about these substitutions and their differences!

The 6 Best Substitutes For Dried Currants

Raisins and dried currants are very similar. Both are made from grapes, which are processed and then dried. This allows the grapes to have a longer shelf life and quite a concentrated flavor.

There are different types of raisins, all made from different types of grapes. Some are yellow, some are red, green, dark purple, and so on. So if you’re looking for a substitute that may add a little color to your recipe, look no further.

Raisins also make for a really great, healthy snack, when you have run out of dried currants to munch away on. You may want to purchase organic raisins id you’re trying to avoid any pesticides that might still be found on the raisins.

Yellow raisins are best in place of currants and taste similar, but all of the other colors and types work really well too!

Dried dates are popularly used as a natural sweetener, which makes them great to use in place of dried currants when making jam.

The dried dates give the jam a sweet taste and a sweet aroma, and you will still end up with a delicious tasting spread.

You can also use dried dates when making fillings for stuffed pastries, pies and cakes. Dried dates have a wonderfully sweet, rich taste, but are healthier than dried currants, so it might be a good thing that you ran out in the first place!

Dried cherries are a popular ingredient in many baking and dessert recipes, and give a sweet and tart bite to a dish.

As they are so widely used in baking, cherries make for a good substitute for dried currants.

The taste of these two dried fruits is very similar, but they do look quite different. Dried currants have a very subtle, dark color, while dried cherries are bright red and larger.

This will only be a problem if you are very specific about the way your food is presented. The best time to use dried cherries in place of dried currants is when you are making some jams or need a topping for desserts and ice creams.

Dried plums are very similar to dried dates and can be used much in the same way. They are a popular fruit that is used quite often in the kitchen, and they work as a substitute for dried currants in certain recipes.

Use dried plums in place of dried currants when you are making currant jelly. The prune jelly will be sweet and aromatic, ideal to put on yogurt, ice cream, and even onto bread and baked dishes.

You can also enjoy dried plums as a quick snack when you have run out of snacking dried currants!

Jujube fruit, also known as Chinese dates, is not the most common ingredient outside of China, but it is easy to find it in most Chinese stores, and you will be happy you did!

Dried jujube fruit has a very similar taste to apples and the fresh versions even look like tiny apples. They’re not as juicy as currants and have more of an apple-like texture, but they make a great topping for pastries, cookies, and bread.

Jujube fruits also make a great jam and jelly, when you don’t have any dried currants left. They should be cooked down for a long time to break the flavors out properly, and they can then be used as a filling for desserts!

Cranberries, dried or not, are wonderfully healthy, and are one of the healthiest substitutes you can use in place of dried currants.

They are low in calories, carbohydrates, and sugar (if there are no added sugars), but packed with vitamin C and antioxidants, which should always be a welcomed addition to your diet!

If you are desperate to make some currant jelly or jam, but have none left, use some cranberries instead. However, you may also have to add some sugar to sweeten the cranberries, unless you like their tart flavor.

You could also use cranberries to make fillings for pies and cakes, and everyone loves a good cranberry sauce at Thanksgiving and Christmas. If you have run out of dried currants to use to make stuffing, cranberries would work great.

The health benefits of cranberries make them a wonderful substitute for dried currants when used to make certain dishes.

Which One to Choose

The best choice of substitute for dried currants will depend on what you are making.

For topping pastries and breads, raisins are the best choice. Raisins are also very versatile, so they can be mixed into oatmeal and other cereals, and work well as a snack.

When making currant jelly, cranberries would be a good second choice. They taste similar to currants and make a delicious jelly when cooked down.

However, all of the above 6 substitutes would work well when you run out of dried currants!

How Do You Use Dried Currents?

Dried currants can be used in quite a variety of ways and don’t only have to be used in sweet dishes. Here are some ways that you can use dried currants:

There are many dishes, both sweet and savory, which could benefit from some currants. The sweet, juicy gems help to add depth to a dish and have a wonderful flavor that you can definitely pick out among other ingredients.

What Is the Difference Between Raisins, Sultanas, and Dried Currants?

Raisins, sultanas, and currants are all made from different types of grapes.

Raisins are made from quite a wide variety of grapes, sultanas are made from green seedless grapes, and dried currants are, despite their name, made from zante, black Corinth, or carina grapes.

Are Dried Currants Good to Eat?

Dried currants, along with raisins and sultanas, are good to eat to improve blood sugar and digestive health. They might even help to decrease inflammation and in some cases lower blood pressure.

The only problem is that they are high in calories and sugar and should be eaten in moderation. You can either eat them as-is for a snack, or add them to oatmeal and other cereals!

Up Next: Is A Tomato A Berry? – The Ultimate Guide

The Best Substitute For Pinto Beans