Home Foodsguy Is A Tomato A Berry? – The Ultimate Guide
FoodsguyThis vs That

Is A Tomato A Berry? – The Ultimate Guide 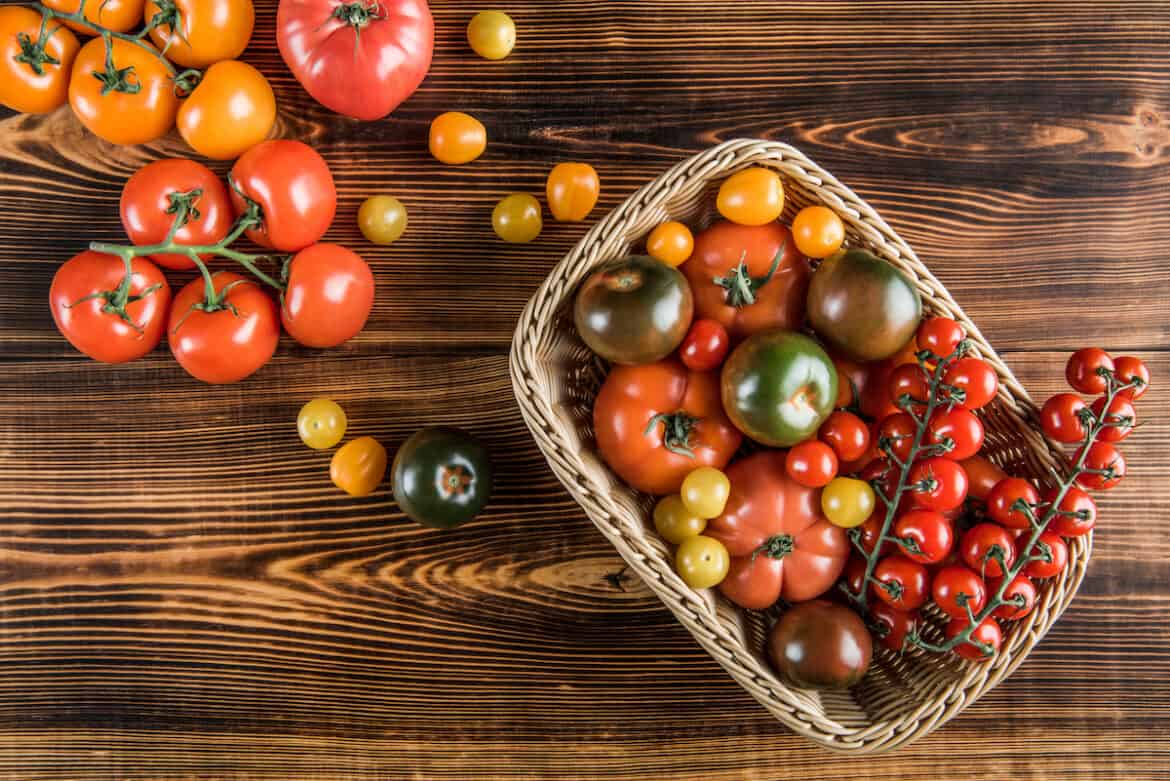 Many of us have finally wrapped our brains around the idea that a tomato may be technically a fruit, rather than the vegetable we grew up calling it, but now we’re faced with the question:

Is a tomato a berry? Although it may be difficult to believe, a tomato is indeed a berry. Botanically speaking, berries grow from a single flower and ovary of a plant and contain its seeds, which is true of tomatoes.

In the culinary world, the definition is not quite so simplistic. Tomatoes have a lower sugar content than culinary fruits, meaning that they’re considered a vegetable, not a fruit or a berry, based on taste and use.

How you want to define a tomato may change once you understand both the culinary and botanical reasons for classifying it, and this article will outline all the most important details for you.

What Is a Berry?

To answer this question, we must first understand what technically classifies fruits and berries.

A fruit is the fleshy part of a flowering plant that holds or encases the seed or seeds. It’s considered the reproductive organ of the plant, responsible for making sure the seeds go on to grow into their own functioning plants.

There are dry fruits and fleshy fruits, though we don’t often think of dry fruits as fruit at all in the culinary world or casual conversation.

Dry fruits include nuts, seeds, and even coconuts. Fleshy fruits are more likely to be commonly recognized as fruits, ranging from apples and pears to cherries and bananas.

Fleshy fruits can either be simple, aggregate, or multiple fruits. A simple fruit begins as a single ovary which grows, becoming the seed and eventually the fruit around the seed as well.

Berries are simple fruits. Some of the most common examples are blueberries and grapes. However, cucumbers and eggplant are also considered berries.

Drupes, like peaches and plums, are also simple fruits, but they contain a stone. Cherries, for example, are often thought to be berries, but they’re not.

With all this information in mind, yes, berries are considered a fruit, but they are only one very specific type of fruit.

What makes a berry a berry is the fact that it is derived from a single ovary in a very simple and specific growth pattern.

As we discussed, a berry is a type of fruit, but not all fruit is a berry. So far, we’ve really only talked about botanical definitions – the culinary world has a completely separate set of rules for what constitutes a fruit, berry, or even vegetable.

Informally, berries are typically considered any small, fleshy, and pulpy edible fruit. This includes blackberries, mulberries, raspberries, and strawberries, which are not botanically berries, as well as proper berries such as currants and gooseberries.

Some people even consider cherries and olives berries due to their small size, though because of their stone or pit, they’re considered drupes.

Others designate berries based on how juicy and pulpy their flesh is, but most culinary classifications are based on sugar content.

Even though tomatoes are high in sugar for a vegetable, they’re much lower in sugar than culinary fruits, like apples or bananas.

One of the simplest ways to determine whether an edible plant is classified as a fruit or a vegetable by culinary standards is to ask yourself whether you’d be more likely to prepare it for dinner or dessert.

In most cases, plants served with dinner are vegetables and those served as/with dessert are fruits.

This is not always the case, however, as a curry might have mangoes in it, which are certainly fruits, and a dessert may include pumpkin, which is a vegetable in the culinary world.

For most people, the difference between fruits and berries is how they were raised to refer to each. There is very little reason to follow the strict scientific identification process unless you are a botanist or a similar scientist.

What Is a Tomato?

Some people consider tomatoes vegetables because they’re usually prepared in a savory recipe or dish, whereas others know they’re fruit, and refer to them as such mainly as trivial type knowledge.

In either case, a tomato is the red, juicy and pulpy fruit of the plant Solanum Lycopersicum.

It is native to Central and South America, though it’s now cultivated in many different varieties around the world in greenhouses year-round.

Tomatoes have an umami flavor, with a bit of tang and sweetness to them, depending on the variety of tomato and how it is prepared.

This red vegetable/fruit is 95% water, with the majority of the remaining micronutrition being carbohydrates (4%) and only 1% fat and protein combined.

They are remarkably high in vitamins, antioxidants, and minerals, however, and the nutritional content actually changes when it is cooked.

Tomatoes are part of the nightshade family and some people are very sensitive to the small amounts of solanine found in them.

This compound can be toxic in high doses or to those with a sensitivity to it, and it is why it isn’t recommended to eat the leaves or stems of this particular plant.

Is a Tomato a Fruit?

You may have noticed that tomatoes were referred to as a vegetable in the last section. That is because vegetables are technically any and all parts of edible plants.

However, tomatoes are more specifically fruits, because they’ve grown from a flowering, edible plant and they contain the seeds inside of the flesh.

If you’re ever challenged by the question is a tomato a fruit or a vegetable, you can technically answer either way and be correct.

Is a Tomato a Berry?

Yes, in fact, a tomato is a berry. We know now that is a fruit, since it contains the seeds inside and grows from a flowering plant, but it is also a berry.

Berries are fruits that grow from a single flower with a single ovary. First, it develops into a seed, and then it builds the fruit around the seed.

Some simple berries have a single seed, such as a currant, and others divide into multiple seeds, like a tomato, but they all begin from a single ovary.

What Are the Parts of a Tomato?

If you want to be very scientific, the tomato fruit has a surprising number of different layers and parts making up the whole fruit.

The outer skin is called the exocarp, and the layer just inside this skin before you hit the juicy pulp is called the mesocarp, or inner skin.

There is usually a dividing partition between the halves or quarters of a tomato around which grows the placenta of the fruit. This is usually lighter in color than the rest of the fruit and has a unique texture.

It holds the seeds, which are surrounded by the locular cavity, which is mostly juice. The stem of the fruit is called the pedicel, and the few leaves that grow nearby are called sepals.

What Else Is a Berry?

This is not an exhaustive list of berries, but it references some of the most common culinary berries and contrasts this list with some surprising botanical berries.

This handy chart summarizes some common berries and shows whether they are considered culinary and/or botanical berries.

Up Next: How To Store Grape Tomatoes

5 Best Woks For An Induction Cooktop