Does Whipped Cream Have Eggs? 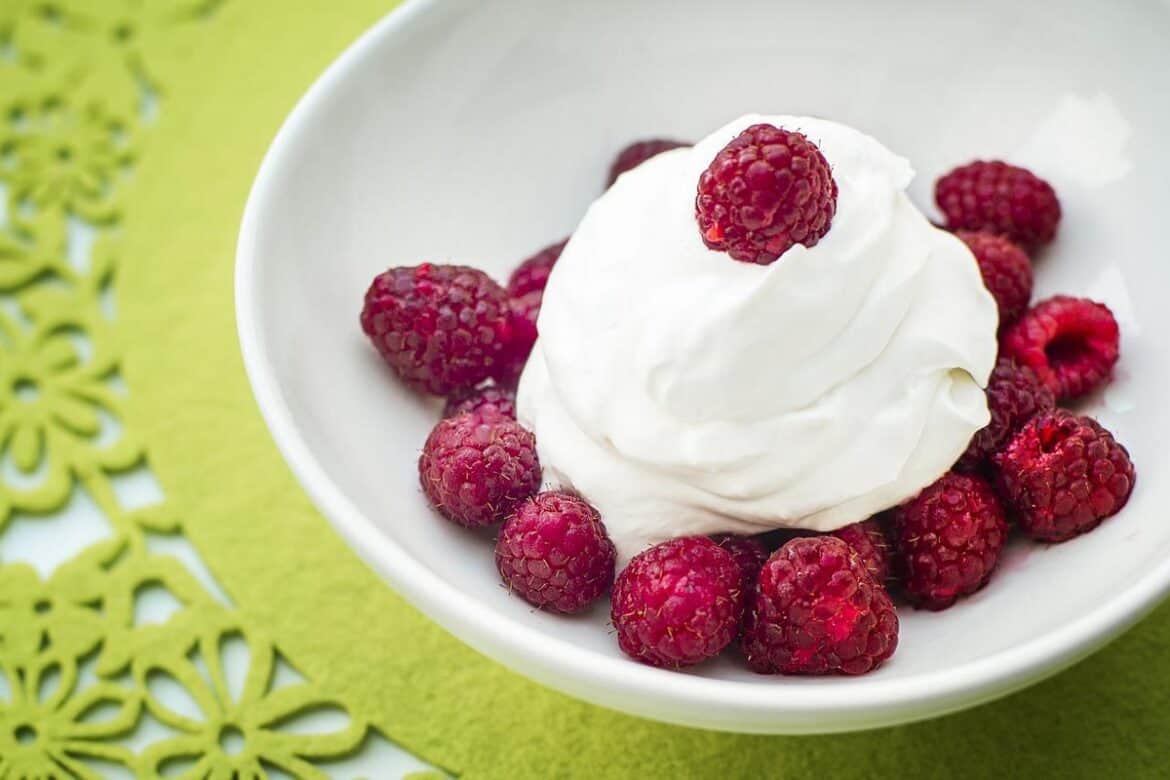 Real whipped cream is simply delicious. It can perfectly finish off a dessert with its creamy taste and light texture. But, as with all foods, it really helps to know what it is made out of!

You might think that whipped cream contains just cream, but it can often contain other ingredients that might not be suitable for all diets.

As not all whipped creams contain egg, it can be confusing to know which brand is safe to eat and which is not, especially if you have an egg allergy!

Keep reading to find out all you need to know about whether whipped cream has eggs, and the alternatives you can use in its place if you’re worried about eggs in your ingredients!

The egg yolk is never used. That would cause the whipped cream to take on a yellow-orange color, and it would ruin the taste and texture, too. Instead, egg whites are sometimes used to give the whipped cream a smoother texture and a bright white finish.

Making whipped cream with egg white is similar to the process of making meringue, where the cream and egg whites are whipped together until thick and forming peaks.

Often, a whipped cream recipe including egg whites will contain some other ingredients too, such as sugar, and an acidic component such as lemon or cream of tartar.

All of these ingredients whipped together will create a sweet and creamy whipped cream that can be used in different desserts and to fill different pastries.

Mostly, egg whites are usually used in homemade whipped cream recipes, where a traditional recipe was used, as it does lessen the shelf-life of the whipped cream quite a bit.

You will notice a whole bunch of different options of whipped cream at your local grocery store. If you are allergic to eggs or want to avoid them, then you’ll likely be fine picking out a ready-made whipped cream.

Most ready-made, store-bought whipped creams do not contain egg whites. They are instead made using very few ingredients, such as cream, confectioner’s sugar, and vanilla extract.

Some might include stabilizers such as gelatin, however, so keep an eye out for this if that would affect your diet.

While most store-bought whipped cream varieties will not contain egg whites, it is always worth checking the ingredients list first to be sure. Better safe than sorry!

How Do You Make Whipped Cream Without Eggs?

There are some great simple recipes you can use at home, requiring very few ingredients, which will give you a luxurious and delicious whipped cream to enjoy.

To make whipped cream without eggs, you would need some heavy cream, powdered sugar, and some vanilla extract.

Here’s how to make whipped cream:

Soft Peaks: For soft peaks, beat the whipped cream until it has a texture similar to melted ice cream and when it still has some swirl marks left behind once you remove the mixer.

Stiff Peaks: For stiff peaks, continue beating the whipped cream until it resembles Cool Whip and stiff peaks remain when you remove the beater.

Be very careful not to over-beat the whipped cream, as it can turn into butter very quickly!

Here are some handy tips to keep in mind when making whipped cream without egg whites:

Here’s a fun and “Super Easy” video showing you how to make whipped cream without egg whites WITH a blender if you don’t have a mixer or whisk lying around:

Whipped cream can be used in so many different ways, whether it contains egg whites or not.

Here are some of the best ways to use whipped cream:

If you want to avoid whipped cream that contains eggs, take a look at the best substitutes below:

The simplest alternative would be to use whipped cream that does not contain eggs. You can either purchase this from the grocery store or make it at home for yourself.

Coconut milk is a great dairy-free option, and you can beat it to a fairly similar consistency to whipped cream.

You should chill the coconut milk overnight and blend it with some powdered sugar for some sweetness. The coconut flavor might also suit your dessert perfectly!

Did you know that you can use powdered milk to make whipped cream?

You simply need to combine ½ cup of dried milk powder with ½ cup of cold water, 1 teaspoon of vanilla extract, 2 tablespoons of lemon juice, and ¼ cup of powdered sugar, and blend it together.

Be warned, this is a dairy-based option. So it is best suited for those who can have dairy in their diet.

Evaporated milk is another alternative you can use to make whipped cream.

You can mix in a can of evaporated milk with a teaspoon of lemon juice and beat together until it forms a thicker consistency. Once again, it is best to chill the evaporated milk first.

For the easiest fix of them all, when you do not feel like combining and beating ingredients together to make whipped cream for a dessert, you can use a scoop or two of ice cream instead!

Vanilla ice cream would be the closest option to whipped cream. But you also have so many different flavors to choose from that you can match it to your dessert perfectly!

Review – Does Whipped Cream Have Eggs?

The egg whites in the whipped cream help to give it a smoother consistency and a bright white color and help it form stiff peaks quicker.

Alternatively, you can take a read through the best substitutes listed above for what to use when you don’t have whipped cream!

Cool Whip does not contain eggs. However, it does contain milk. So it is not suitable for those who follow a vegan diet, or who cannot have dairy.

Is Whipped Cream Suitable For Vegetarians?

Most whipped creams only contain cream and some sugar, but some do contain egg whites too. However, both of these are fine for many vegetarians. It really depends on whether you include eggs in your vegetarian diet or not. It’s a personal choice.

The one thing to be wary of is if the whipped cream contains gelatin, as this can be made with animal products such as ligaments and tendons from a cow or pig. This would mean that a whipped cream brand or recipe is not vegetarian.

Cream is not considered vegan as it is made from milk, which is an animal product. There are some dairy-free cream options that you can find in specialty stores, however, made from ingredients like coconut.

Can You Put Paper Towels In The Oven?