Can You Put Paper Towels In The Oven? 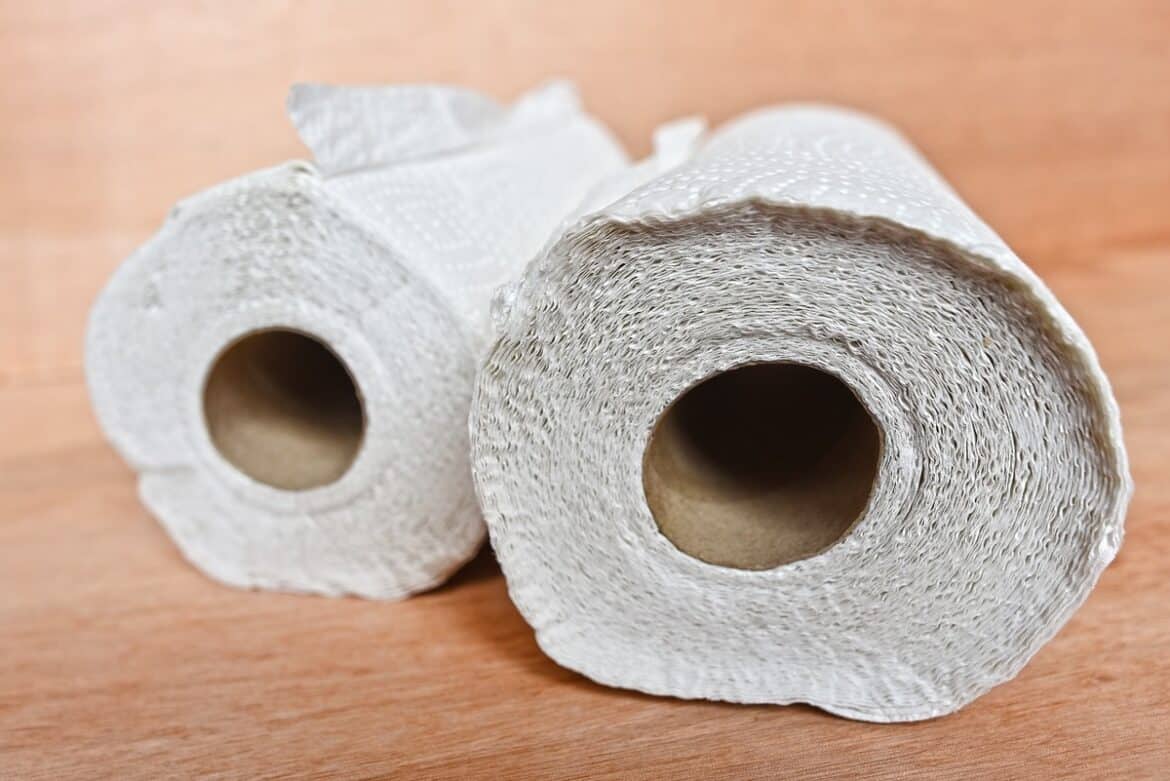 When it comes to usefulness in the kitchen, paper towels come out on top. They are ideal for cleaning, meal prep and cooking, and just about everything in between.

You might be tempted to add to the versatility of your paper towels and use them in the oven, to line a dish, or to place a pizza on while it cooks. But you might be worried about the safety aspect of this.

Read on to find out why paper towels should not be put in the oven if there are any cases where it is fine for paper towels to be used in the oven, and better alternatives to use!

Can Paper Towels Go In The Oven?

Paper towel is not suitable to be used in the oven. You should avoid placing it in the oven when the oven is on.

As the name suggests, paper towel is made from paper. This means that it is highly flammable and can catch on fire when exposed to high heat.

Using paper towel in the oven might seem like a good idea to line a baking tray or to absorb heat. But the likelihood of smoke or fire happening is too high. That’s dangerous.

The other issue is that the paper towel might absorb grease in the oven. This makes it even more flammable, and it might be harder to put this fire out once it ignites.

Avoid putting paper towel in the oven at all costs!

The Risks Of Using Paper Towels In The Oven

There are some serious risks involved when placing paper towels in the oven. The risks don’t come with any benefit, either.

The paper towel, when exposed to high heat, might ignite and cause a fire in your oven. If there is grease in the oven or on the paper towel, that could make the fire harder to put out.

Even if the paper towel does not catch on fire, it could begin to smoke from the high heat. This would give your food a really bad flavor.

Whether the paper towel catches on fire or whether it smokes, it will definitely ruin the food you were cooking and it would all go to waste, not to mention the fire risk for your kitchen too.

Why Would Paper Towel Be Used In The Oven?

There are a few different reasons why people might want to use paper towel in the oven. If you are not aware of the risks, the uses might seem great.

Someone might try to use a paper towel to act as a barrier between the food and the pan. They may think that once the food is ready, they can simply throw the paper towel away and not have a dish to scrub.

One might also try to use the paper towel to absorb grease from the food being cooked.

It could also be that someone does not have a baking sheet to use. Instead of placing the food directly on the oven rack, they might try to use paper towel.

While all of these seem like practical uses, they really are not safe at all. There are much better options out there to use instead of paper towels!

What To Use Instead Of Paper Towels In The Oven

Thankfully, paper towel is not your only option to use for food when cooking in the oven. There are other great options that are oven-safe which will work even better than a paper towel.

Here are the best alternatives to use in the oven instead of paper towels:

Aluminum oil is ideal to use in the oven to keep a baking sheet clean, to prevent sticking, and to evenly cook food.

Made to withstand high heat, aluminum foil will not catch on fire (as long as it does not come into direct contact with the heating element). It will not alter the taste of your food, either.

Just make sure to purchase aluminum foil that was made to be used in the oven. Some brands of aluminum foil are only made to wrap up food.

Parchment paper is another great option to use in the oven. Most are oven-safe up to 420°F. Parchment paper has little chance of catching on fire as long as they don’t come into direct contact with the heating element.

Use parchment paper as a lining for a baking sheet when making cookies or even roasts, and simply dispose of it when done.

You can also use parchment paper to create a steaming paper basket for fish and chicken in the oven too. It will also work to catch grease from high-fat foods.

A non-stick pan is so easy to use and clean up after cooking. So you would not even need a layer between the food and the sheet.

This way, you run no risk of anything catching on fire.

Can I Put Wet Paper Towel In The Oven?

You might be able to get away with using a wet paper towel in the oven for a very short amount of time, but it really isn’t worth the risk, especially when there are other options available that are drastically less dangerous.

Can I Use Paper Towels In The Microwave?

Paper towel can be really helpful in the microwave, to prevent food splatter and to keep food moist as it warms up.

While both microwaves and ovens are used to heat and cook food, they work very differently. In most cases, it’s fine to use a paper towel in the microwave, but you should not leave it in the microwave for more than 2 minutes at a time.

A good option is to wet the paper towel before placing it in the microwave. This will reduce the chance that it burns. It will also add moisture to the microwave, to keep the food from drying out while it heats up.

Can I Place Paper Towels In The Air Fryer?

The paper towels will also block the airflow in the air fryer, which means that the food will not cook or heat up evenly.

It is best to just use a non-stick spray in the air fryer. Allow the grease to fall through the rack instead of trying to use a paper towel.

Review – Can You Put Paper Towel In The Oven?

You should not use paper towel in the oven, as there is a high risk that it could catch on fire or smoke. This is both a fire hazard in the kitchen and a good way to ruin a perfectly good meal.

There is no reason that you would need to use paper towel in the oven. There are some great oven-safe options to use instead, such as parchment paper or aluminum foil.

Rather save the paper towels for cleaning up and meal prep. Stick to oven-safe alternatives when cooking food in the oven or lining a baking sheet!

Can You Put A Wet Paper Towel Into The Air Fryer?

You should not put a wet paper towel into the air fryer. It will still be at risk of catching on fire or smoking.

Can I Use Aluminum Foil In An Air Fryer?

Aluminum foil is technically safe to use in an air fryer, but it is probably best to avoid it. Air fryers work by circulating hot air. Placing aluminum foil on the rack will stop the even circulation of hot air, and the food won’t cook evenly.

Can I Use Wax Paper In The Oven?

Do not use wax paper in the oven. The wax will melt at high heat and will ruin whatever you are cooking. It is best to use parchment paper.

Can You Put Aluminum Foil In An Air Fryer?
Can You Put Parchment Paper In The Oven?

Does Whipped Cream Have Eggs?