Home Foodsguy Chicken Vs Salmon – What’s The Difference?
FoodsguyThis vs That 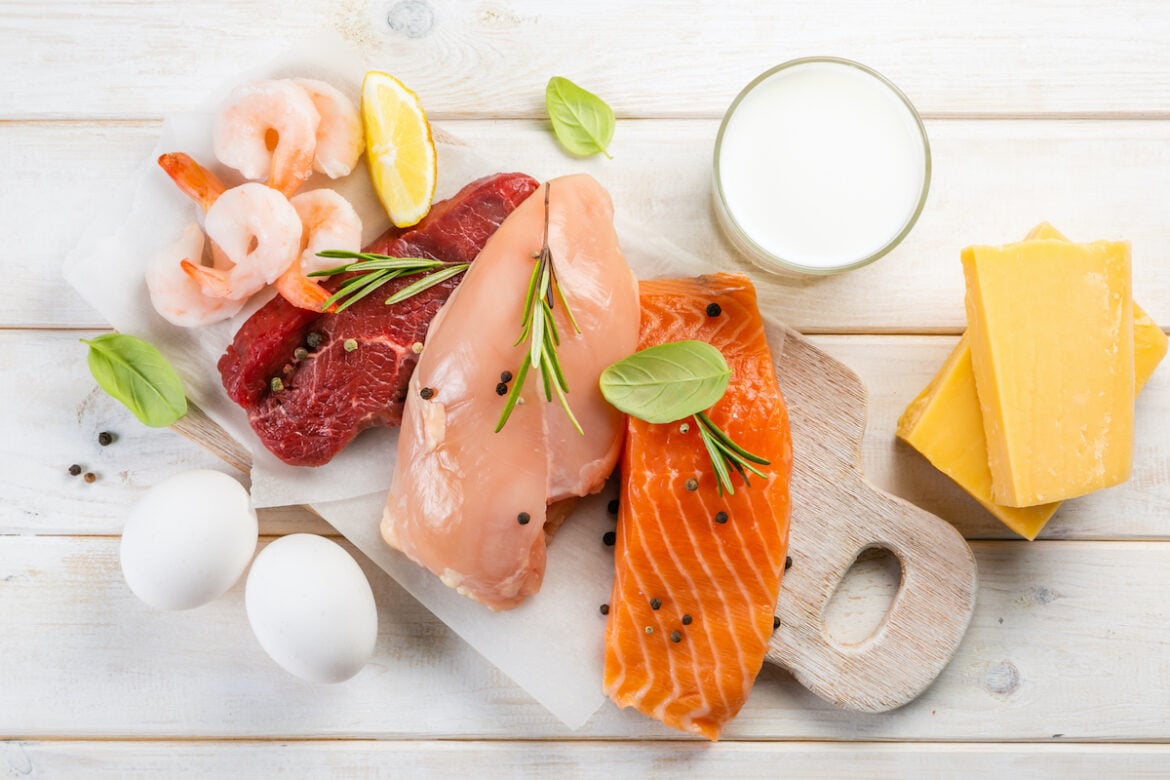 There are numerous sources of both plant and animal proteins in the world and two of the most common are chicken and salmon.

As is obvious by their names, chicken and salmon meat come from different animals, with each having unique flavors and uses.

So, what are the differences between chicken and salmon? Chicken meat is sourced from chicken while salmon is a type of fish found abundantly in the Pacific Ocean. Chicken tends to have a more subtle, mild flavor while salmon is buttery, rich, and notably lacks a very fishy flavor.

Read on to find out how they differ from each other in their appearance, taste, texture, versatility in cooking, nutrition, and much more!

One of the most popular poultry meats used in many cuisines all over the world, chicken can either be used whole or categorized into four different cuts: drumsticks, breasts, wings, and thighs.

Out of the lot, chicken breast is the most common cut. However, other than the succulent white meat, the darker parts and different joints have a lot to offer as well.

One of the most versatile meats you can cook with, chicken takes on other flavors particularly well and is used as a base for all kinds of recipes.

Roasted, grilled, pan-fried, deep-fried, or barbequed, chicken is not only super delicious but also packed with a lot of vital nutrients.

Compared to other meats, such as beef, chicken has a low-fat to high-protein ratio, making it a relatively healthier choice.

It is also a great source of B vitamins that help boost the nervous and metabolic systems, as well as phosphorus, which helps keep the bones and teeth healthy.

When buying chicken, opt for free-range or organic chicken, if possible, to enjoy all its benefits.

Salmon is the common name for a variety of fish that belong to the Salmonidae family. It is one of the most popular kinds of fish in the US due to its rich, buttery flavor.

Classified by the ocean in which they are found, two of the most common types of salmon are the Pacific and Atlantic salmon. The former is found in the Pacific ocean, while the latter is in the Atlantic.

Most salmon species have a similar look when sliced and prepared, and they all have pinkish to orange flesh. They are large fish that can weigh up to 30 kgs and grow up to 1 ½ meters in length.

There are several health benefits of eating salmon such as increased brain function and improved mood, skin, and sleep due to high levels of omega-3 fatty acids.

It is also an incredibly versatile ingredient that can be prepared in several ways such as pan-frying, grilling, baking, and steaming, and can even be enjoyed raw in classic Japanese dishes such as sushi and sashimi.

Differences Between Chicken And Salmon

Apart from the obvious difference that chicken and salmon are two very different types of meat, sourced from two entirely different animals, they are quite different in their taste, appearance, and nutritional profiles as well.

Let’s look at the differences in detail:

Raw chicken has a light pink color with white, fatty pieces. Cooked chicken, on the other hand, is white with no pink flesh since that is a sign of undercooked chicken.

Salmon is known for its distinctive pinkish hue, which is a shade of pink often referred to as salmon. Most people look for color when buying salmon, with darker salmon always selling better.

Cooked salmon, although still pink, has some translucency to it. It remains pink and moist to the touch. If your salmon turns white or flaky, it means that you’ve overcooked it.

Fresh, raw chicken has a glossy, somewhat soft and jiggly texture. Make sure it isn’t slimy or sticky since that is a sign of spoiled chicken.

Cooked chicken is firmer than raw chicken. The tenderness may vary depending on the part of the chicken you are using, with chicken thighs and legs often being softer, juicier, and more tender than chicken breasts.

Salmon has a smooth and light texture with many people describing fresh salmon as refreshing and chewy. It melts in your mouth, even if you eat it raw.

Cooked salmon, on the other hand, has a slightly firm and consistent texture, with the pieces easily pulled apart. Flaky salmon means that it is overcooked.

When describing an unusual flavor, you may have often heard people say “it tastes like chicken”. What exactly does chicken taste like, though?

Chicken has a mild, meaty flavor which, compared to other types of meat such as beef and pork, is rather bland. It also has lower levels of glutamate that contribute to the umami flavor.

The flavor of chicken depends mostly on how it is prepared as it can take on the flavor of the other ingredients it is cooked with.

Salmon is widely famous for its buttery, mild, and no-fishy taste. However, the flavor can vary depending on which type of salmon you are cooking and what you’re adding to it.

It is worth noting here that pre-packaged salmon tastes a lot different than fresh salmon, with the latter ranging from subtle to mild.

The higher the content of fat in the fish, the more flavorful it will be. Cold water increases the fat content in these fish, which also results in an oilier texture and more potent flavor.

Pink salmon is the most common type and has a lower fat percentage and lighter colored flesh. Red salmon, on the other hand, has a stronger flavor and richer texture.

Chum or Dog salmon has a lower fat content and a much milder, more delicate taste than the other varieties, making it a great choice for people who do not enjoy the intense fish flavor.

King salmon, true to its name, is the biggest type of salmon and has the best taste, although it is milder than Red salmon.

There are a variety of cooking methods that work just as well for both chicken and salmon, including baking, steaming, grilling, and roasting.

When compared, though, salmon can be prepared in more ways since it can also be enjoyed raw. Chicken, on the other hand, must never be eaten raw.

Chicken can be roasted, baked, grilled, sautéed, braised, or fried, and depending on the part of the chicken you are using, you can create a plethora of recipes with this incredibly easy-to-cook protein.

If you are using a whole chicken, which includes one breast, two thighs, two drumsticks, and two wings, you can roast or grill the bird or even use the parts separately.

There are countless ways to use chicken breast, which is the most used part of the chicken. Some common ways to cook chicken breast are to bake, grill, fry, barbeque, or boil it.

The leg meat is made up of thighs and drumsticks and is generally more expensive than chicken breast. Since they have extra fat, they are difficult to overcook which is why they are often smoked, fried, or used in barbeques.

Lastly, chicken wings are a sports bar staple most commonly served as an appetizer or entrée. They are usually baked or fried and eaten as finger food.

Salmon can also be cooked in a number of different ways and it all depends on what type of salmon you are using.

Pink salmon tastes delicious when fried or roasted, whereas Red salmon is better suited for sushi and sashimi.

Atlantic salmon is the most versatile of the lot since it can be oven-baked, seared, pan-fried, grilled, and so much more!

Both chicken and salmon are packed with many health benefits and nutrients such as B-vitamins, vitamin D, potassium, magnesium, niacin, and selenium.

When looking at each one individually, chicken has more lean protein and less fat, whereas salmon is abundant in more healthy unsaturated fats, vitamin A, and omega-3 and omega-6 fatty acids.

Salmon is an excellent source of vitamin D and has 57% less cholesterol and 74% less saturated fat than chicken.

Here is a summary of all the ways chicken and salmon are different from one another:

Up Next: How Long To Bake Thin Sliced Chicken Breast At 350°F

How Long To Bake Thin Sliced Chicken Breast At 350°F