Home Foodsguy Cashew Butter Vs Almond Butter – What’s The Difference?
FoodsguyThis vs That 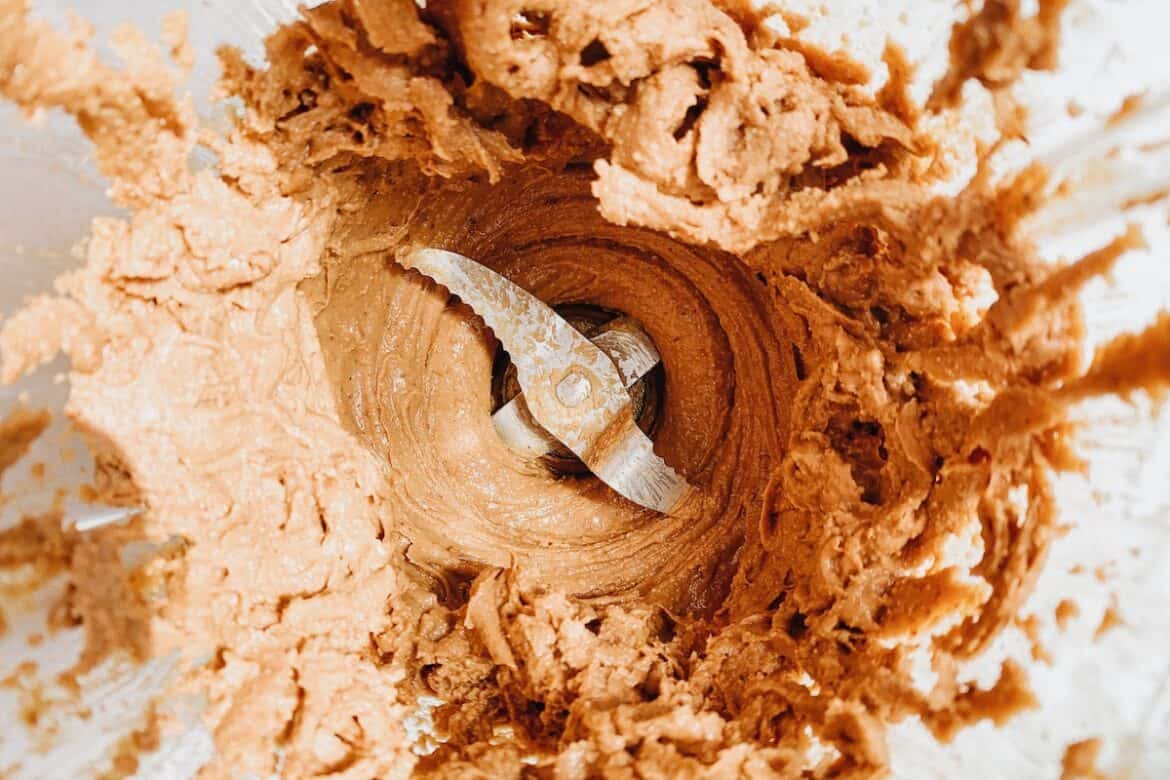 When it comes to choosing the type of butter you want to use in your kitchen, there are a ton of different options out there. It can be challenging to make a decision unless you know a little something about each type of butter out there.

Sometimes you choose a butter for the flavor while other times you might choose it for the nutritional aspect!

The thing is that with every different type of butter out there, the flavors and the texture, and even that nutritional aspect could vary a little bit. And of course, there is your personal preferences to consider as well.

What is the difference between cashew butter and almond butter? These types of butter are fairly similar in that they are both plant-based and sourced from a nutty plant. Cashew butter does, however, tend to have a nuttier flavor with a more distinct taste while almond butter is sweeter but more neutral in its nuttiness.

In this guide, we will walk you through a thorough discussion of cashew butter and almond butter.

We will talk about their basic differences like the tastes and textures so you know exactly what to expect from each one. We will also touch just briefly on the nutritional information as well.

Keep reading to learn more about the differences between cashew butter and almond butter!

Cashew butter is made strictly from cashews, as the name suggests. It’s not always as easy to find as some of the other nut butters out there but it’s not extremely rare either.

The cashews used are fire-roasted and then ground up to a fine powder and then combined with other ingredients to turn it into a butter.

Cashew butter is similar to peanut butter except that it uses cashews. It’s not like your everyday yellow butter so just be aware of that difference.

Cashews have a lot of their own natural oils so not a lot has to be added to create the creamy spread that makes it a butter. It’s those natural oils that really bring it all together.

Cashew butter has a very nutty flavor but it’s not overly sweet. It’s rich and warm with nuttiness. It does stand out a bit more than the flavor of almond butter because cashews are naturally saltier.

What really stands out about the flavor in cashew butter is that it is quite rich. A little bit of it will go a long way to satisfy those nutty flavor cravings and sweet tooth that you might be trying to ward off.

One interesting thing about cashew butter is that it can be sold raw and eaten raw. This is a difference from almonds to cashews. However, you will still find that most cashew butter uses roasted cashews for the flavor.

If you’re concerned about additives be sure to check the label. Cashew butter really doesn’t need additional flavor since it is naturally rich and nutty but some brands do add sugar or even salt, which are really not necessary.

You especially may want to watch for salt because they are already fairly high in sodium.

Cashew butter texture is going to be comparable to most other nut butters. You will find it’s not quite like your JIF peanut butter so don’t compare it to that.

It will have some natural texture from the ground nuts but it is actually going to be mostly creamy.

It’s not very oily once it gets mixed up and will closely resemble your typical creamy peanut butter but won’t be quite as thick.

When you compare cashew butter to almond butter, there are five things to point out.

Now let’s take a look at almond butter. Just like with most of the nut butters out there, its name tells you a lot. Almond butter is made from almonds.

Those almonds are first cooked and then ground up. Almonds are harder in nature than cashews so they are slightly more challenging to grind really well.

Almonds also have a lot of their own natural oils so no oil additives are needed to create almond butter. Crushed almonds and natural oils are mixed together to create a delightfully delicious form of nut butter.

Almond butter is typically easy to find. Where some nut butters are challenging to get ahold of, you will rarely have that problem with almond butter. And chances are you will even have several options to choose from.

We want to point out that almonds have to be cooked before being turned into butter as well. This is not necessarily required of cashews.

Almond butter can also be pretty pricy because it takes quite a bit of work to harvest almonds and produce the butter.

The flavor is something you will notice a difference about. Almond butter will have a distinct almond, nutty flavor to it and will be rich but probably not as rich as cashew butter.

It’s just slightly sweet without being overwhelmingly sweet in the process.

The flavors are fairly distinct from each other but they both have that underlying nuttiness. Where cashew butter is rich, almond butter is sweet and mild. This all stems from the flavor of the nut that is used to create the butter.

Just like with cashew butter, a little bit will usually go a long way. You shouldn’t need a ton of almond butter but it is a better choice than regular peanut butter if nutrition is a concern of yours.

Finally, some producers will add salt or sugar to their almond butter. It’s really not necessary for good flavor so this may be something you want to watch for.

When it comes to the texture, you might notice a slight difference. Almond butter is more comparable to crunch peanut butter but also still not quite as creamy. Almond butter tends to have some texture remaining from the almonds.

Where cashew butter is pretty creamy, almond butter will have just a little bit of grittiness to it.

It’s still creamy, there are just more remnants of those nuts that were left behind in the grinding process. Almonds simply don’t grind the same way so you get some of that texture.

Chances are you won’t even really notice the texture but there is a difference there.

When it comes to nutrition, we are simply comparing cashew butter and almond butter to each other. Here are the main details that stand out to us in that capacity.

Cashew butter and almond butter are both plant-based butters and while they do have quite a bit in common they also have some subtle differences.

When it comes to the taste, you will note that the distinct flavors stand out more with cashew butter. You taste and smell the cashew in the butter but not in a manner that is distasteful or overwhelming.

It’s rich and nutty at the same time. Almond butter, on the other hand, is just slightly sweet and nutty but has a primarily neutral flavor.

When you compare the texture, almond butter can sometimes be just slightly gritty but not in a bad way. It’s just harder to finely grind almonds to powder form. Cashew butter is always smooth and creamy.

Of course, the nutritional details do vary as well. There are pros and cons to both varieties. They have different elements so it really will depend on what you are looking for as far as nutrition goes.

Overall, these kinds of butter are both standard nut butters. They both have nutty flavors and don’t require additives to make them.

The nuts produce natural oils that easily make the butter compound and give you that perfect nutty flavor for your sweet tooth.

What you choose to use might depend on your preferences for flavor or texture, or even the nutritional aspect. It’s really up to you.

Finally, almond butter is often easier to find because it is just more readily available. You might be more challenged to find cashew butter, or you may not have as many options overall.

Up Next: Can You Still Eat Slimy Ham?