Can You Refreeze Ham? 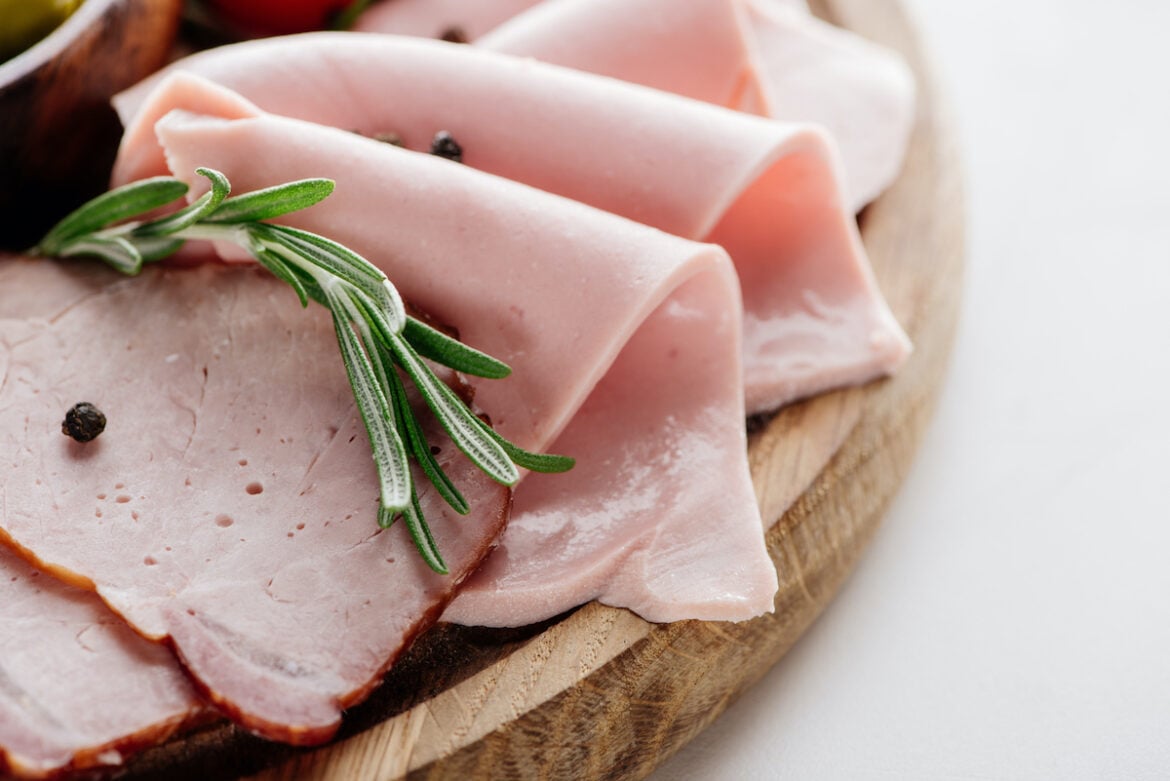 While cured ham lasts longer than uncooked meat, there are cases when you need to extend its shelf life too.

One of the best ways to make ham last longer is to freeze it. But what about refreezing ham if you have defrosted more ham than you could eat?

Can you refreeze ham? Yes, you can refreeze ham whether it is cured or fresh. You should refreeze ham only if you have defrosted it in the fridge and haven’t left it at room temperature for longer than two hours.

In this article, we tell what is the right way to refreeze ham, how long refrozen ham lasts, how refreezing affects the texture and flavor of the ham, and a lot more.

Ham may be cured or fresh. Fresh ham is a leg of pork that has not been cured or smoked.

If the meat product you have bought is labeled as simply ham, then it is a cured leg of pork that technically doesn’t need any cooking. Cured ham may or may not be smoked.

Ham, whether it is fresh or cured, can be successfully frozen. Fresh ham freezes just like any other type of fresh meat. Cured ham freezes well too, thanks to its low moisture content.

But the low moisture content also implies that the ham may dry out quickly. So, it is essential to wrap it tightly with food wrap before freezing to prevent freezer burn.

Can You Refreeze Ham?

Yes, you can refreeze ham. But you should know that refrozen ham may be drier than ham that hasn’t been frozen or has been frozen only once.

As ham thaws, it leaks moisture due to which defrosted ham is a bit drier than normal. There are three important things you should know if you have decided to refreeze ham.

Firstly, refreeze ham only if you have defrosted it in the fridge. Meat defrosted in cold water or in the microwave is more susceptible to bacterial contamination.

So, to be sure that you are not refreezing contaminated ham, do it only if you have thawed it in the fridge.

Secondly, never refreeze ham if it has been out at room temperature for longer than two hours.

Leaving meat at room temperature for longer than two hours increases the risk of the growth of certain bacteria. This rule is vital to follow if you live somewhere hot.

Lastly, refreeze ham as soon as possible after you have defrosted it. Defrosted ham is good for only 3-5 days.

We recommend you refreeze ham within the first two days after it thaws. If you are not sure you will be able to use all the ham you have defrosted, it would be a good idea to refreeze a part of it to make sure you don’t throw it away later.

Does Refreezing Ham Affect Its Texture And Taste?

While we say that ham freezes well and you can safely refreeze it, you should expect some quality changes.

When you place food in the freezer, ice crystals form in it. The formation of these crystals causes cell damage which impacts the texture of the food. The more times you freeze ham, the more its texture will be affected.

On the other hand, the flavor of the food deteriorates as sits in the freezer. For frozen ham to have a good flavor, you need to eat it as soon as possible.

How To Refreeze Ham

If you have followed all of the safety rules, refreeze ham by following these steps:

How Long Is Refrozen Ham Good For?

For the best flavor and texture, use the refrozen ham within the first few months.

How Many Times Can You Refreeze Ham?

And second, if you fail to follow the safety rules even once and expose the meat to higher temperatures than allowed, the meat will be contaminated and won’t be safe for consumption any longer.

So, try not to refreeze ham more than twice. If you do, make sure to follow the rules of refreezing.

How Do You Defrost Refrozen Ham?

There are a few ways to defrost refrozen ham. The best way to do it is to transfer the ham from the freezer into the fridge.

You should go for this defrosting method if you want to bring the texture changes to a minimum.

However, note that defrosting a large piece of ham in the fridge may take up to 24 hours. So, consider this if you will be cooking the ham and remove it from the freezer at least a day in advance.

A quicker way to defrost ham is to put the tightly wrapped ham into a bowl of cold water not forgetting to change the water every 30 minutes. Never use hot or warm water to defrost ham as this creates a high risk of bacterial contamination.

If you need to defrost your ham as soon as possible, you may consider using the microwave. However, the microwave works well only with smaller pieces of ham.

And there is a risk of overcooking the ham too. Also, when using the microwave method, use the ham immediately after thawing it.

If you think you might need to refreeze the ham for the second time around, make sure to defrost it in the fridge. As noted above, this is the safest way to defrost ham.

Can You Refreeze Sliced Ham?

It is good to freeze ham in slices as you can always defrost and use as many slices as you need. Additionally, sliced ham doesn’t take long to defrost.

So long as you defrost ham slices in the fridge, you can safely refreeze them. When refreezing sliced ham put wax paper between the slices to prevent them from sticking to each other.

Once you have stacked the slices, put them in an airtight container or zip-top bag.

Can You Refreeze Cooked Ham?

It is safe to defrost ham, cook it, and freeze it again. If you decide to do this, freeze the ham as soon as it cools. Don’t freeze cooked ham if it has been left at room temperature for longer than two hours.

Whether it has previously been frozen or not, the ham will keep well for another 3 months in the freezer after you have cooked it.

How Do You Know Defrosted Ham Is Bad?

Before you defrost ham, take a close look at it. Some signs of spoilage are obvious even when the ham is still frozen.

The color of good ham can be different shades of pink. Ham should never have gray or dark brown patches. If you notice dark spots on the refrozen ham, it is best to not eat it.

Note that freezer burn on food happens for two reasons. First, if you have left the food in the freezer for too long. And second, if you haven’t wrapped and sealed the food properly.

If there are no obvious signs of spoilage, we recommend you always defrost the ham to see if it is good or not.

After you have fully defrosted the ham, look out for the following signs of spoilage:

How Long Are Honey Baked Hams Good For?

Blackstone Griddle Sticky After Seasoning (What To Do)