Home Cooking Tips Can You Freeze Paneer?
Cooking TipsFoodsguyFreezingHow To 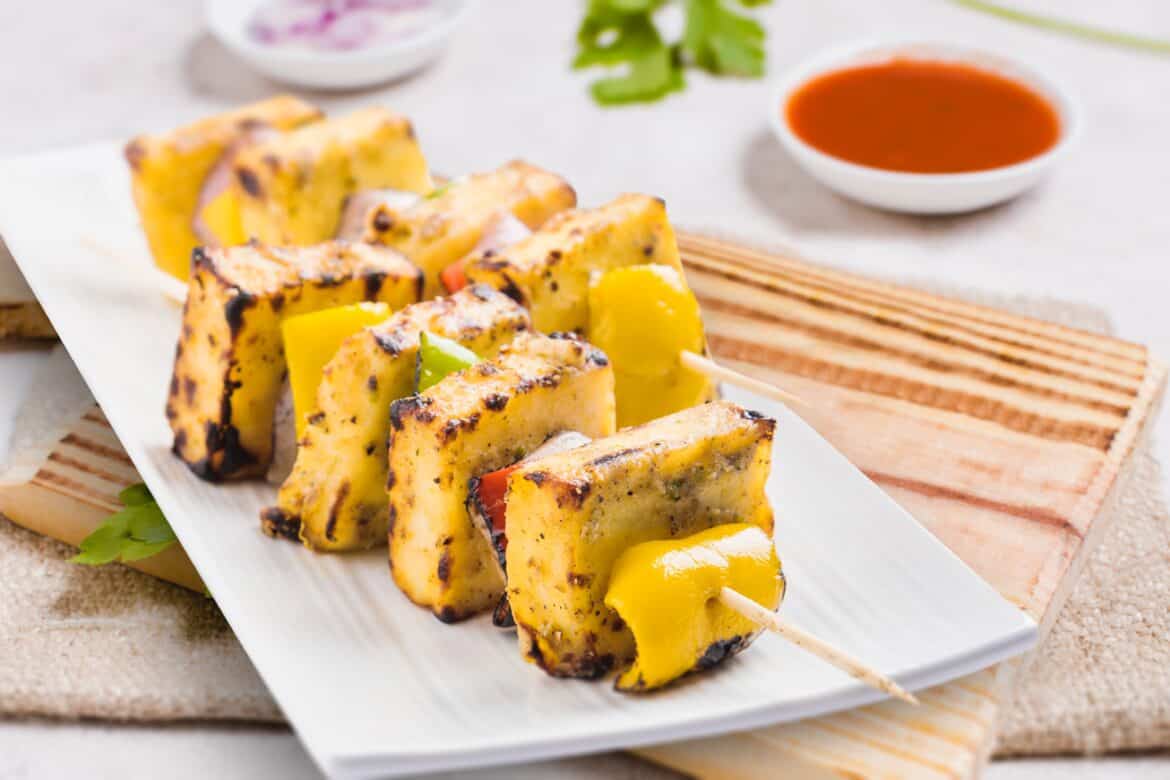 We’ve all had those moments of madness at the grocery store, coming home with far more cheese than we intended!

But while fresh cheeses such as paneer can be stored in the refrigerator for a week or two, what if you want to enjoy your leftover paneer to enjoy at a much later date?

Can you freeze paneer? Freezing is a great way to preserve fresh paneer that won’t be eaten right away. However, it is essential to reduce exposure to moisture and air to minimize changes to its texture and flavor. For best results, paneer should be cubed and flash-fried before freezing to keep it at its very best.

Freezing is a great way to store paneer, but it needs to be done correctly to preserve it in the best possible condition.

If you’ve got a load of fresh cheese such as paneer that is nearing its best-before date, read on to find out the best way to preserve it for longer!

Paneer is a cheese with a firm yet soft texture that originates from India.

It is best described as light and spongy with a slightly squeaky feel. It is white in color and has a very mild, cheesy flavor.

The unusual thing about paneer is that it doesn’t melt or soften when heated or cooked.

For this reason, it is commonly used as an ingredient in Indian dishes such as curries. It is a great source of protein, particularly if you are following a meat-free diet.

Paneer is a fresh cheese that is very quick and easy to make, and a batch can be ready to consume within just a couple of hours.

In fact, you can make paneer yourself with just a few simple ingredients! All that is needed is some fresh milk and lemon juice, and you’ll have a batch of paneer ready for dinner in no time at all.

Paneer is made by heating cow or buffalo milk and then adding an acid such as lemon juice to make the milk curdle. It is this simple method that creates a cheese that does not melt when heated, unlike rennet-based cheeses.

The mixture is poured through cheesecloth or muslin to gather the curds, with the liquid whey kept aside for making flatbreads.

The curds are then washed and pressed into a round mold for 1-2 hours until they stick together and all the excess liquid has drained out.

The spongy texture of paneer means it absorbs flavors of sauces and marinades well. It can be eaten raw, but is more commonly cooked and added to other dishes — we love a good palak paneer!

It can be simmered, fried, or grilled without losing its shape, although cooking it for too long can cause the texture to become rubbery.

Paneer is a type of cheese known as fresh cheese, meaning it does not go through an aging process. Unlike mature cheeses, fresh cheeses are intended to be eaten within a short period of time.

If you’ve made a fresh batch of paneer at home, then the shelf life will be very short — it should be eaten within 1-2 days to prevent the risk of food poisoning.

Store-bought paneer is normally vacuum-packed and will have a best-before date of around two weeks. However, once it has been opened it should be consumed within a day or two.

So where does this leave you if you’ve got a large quantity of paneer that is not going to get eaten within the next couple of days? Can you freeze paneer or will it need to be discarded?

The great news is that yes, you can freeze paneer by following just a few simple steps! Then you’ll have frozen paneer ready to use in your freezer at any time.

So, if you’re unlikely to finish off that open packet of paneer the next day, it would be a good idea to prepare it for freezing instead.

However, freezing paneer is not as simple as just popping the whole lump of cheese in the freezer. When frozen, large lumps of paneer can have a rubbery texture after it has been defrosted.

This means it’s best to cut this fresh cheese into cubes and flash-fry them before freezing, which also makes it easier when it comes to using your defrosted paneer at a later date.

Frozen paneer that has been diced into cubes will lose its flavor faster than whole paneer, but will retain a better texture.

How To Freeze Paneer

When it comes to freezing leftover paneer, you’ll need to decide whether to freeze it raw or cooked.

Whilst raw paneer can be successfully frozen and defrosted, cooking it first is the best way to preserve the flavor and texture of this delicious fresh cheese!

And as we’ve already discovered, cutting the paneer into cubes is another way to stop frozen paneer from becoming rubbery and unappetizing.

It makes perfect sense to cut your paneer into cubes before freezing it, as this is how it is normally consumed anyway.

How To Freeze Cooked Paneer

Lightly frying paneer in oil is a great way to preserve the texture of this flavorful cheese! Here’s the best method to use:

This method may take slightly longer than freezing raw paneer, but it is worth the effort to keep the cheese in peak condition!

How To Freeze Uncooked Paneer

If you want to keep some raw paneer for salads and cold dishes, here is the best way to freeze it:

This method ensures that the raw paneer does not stick together, so you can take just enough from the freezer at a time, rather than defrosting the whole lot.

How To Freeze A Package Of Paneer

If you’ve got a whole package of paneer from the store that you’re unlikely to eat before the best-before date, you can preserve it for longer by freezing it:

For best results, the paneer should be cubed and frozen using one of the methods outlined above. But if you’re in a rush, there is nothing to lose by freezing the paneer whole!

However, there is a risk that the texture will turn rubbery, and of course, you’ll have to defrost the whole paneer at once when it comes to using it.

How Long Can Paneer Stay Frozen?

As paneer is a fresh cheese with a relatively high moisture content, it does not have a long shelf-life when stored in the freezer.

How To Defrost Frozen Paneer

The best way to defrost frozen paneer is overnight in the refrigerator. This will give you the best chance of retaining the delicate spongy texture that soaks up other flavors so well!

If you’ve diced your paneer before freezing it, you can take out just enough for your recipe, and leave the remainder in the freezer for another day.

If you are in a rush, the paneer can be defrosted at room temperature or in a warm water bath. However, be aware that this can significantly alter the texture of the cheese, turning it rubbery, crumbly, and generally pretty unpalatable!

The Difference Between Cheese And Paneer

Can You Freeze Spinach Artichoke Dip?

Can You Freeze Parmesan Cheese?

Can You Freeze Tortellini?

Do You Wash Salmon Before Cooking?

Sierra Mist Vs Sprite Vs 7UP — What’s The Difference?