Home Foodsguy The Difference Between Cheese And Paneer
FoodsguyThis vs That

The Difference Between Cheese And Paneer 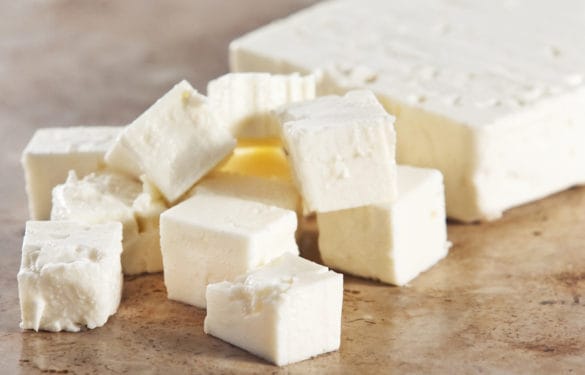 Cheese and paneer are both commonly used in cooking all over the world, and the two can seem very similar at first. However, there are some variations between the two which make a big difference when it comes to flavor, texture, and cooking uses.

Read on to learn the differences between cheese and paneer, the nutritional benefits, cooking recommendations, and related questions.

The Difference Between Cheese and Paneer

To better understand the difference, here is a breakdown of each:

Cheese is always made from the milk of an animal, such as a cow, a buffalo, a goat, and so on. This is done by the process of acidification. Bacteria in the milk cause this acidification, which gives the cheese its unique taste and texture.

Cheese has a considerably high concentration of calories and fat, so it is not ideal for those suffering from heart problems.

Cheese also has a higher protein content than paneer, so it is suited for people who are wanting to gain muscles and fat. With more calcium than paneer, cheese is also great for the bones.

When cheese is made, it goes through an emulsification process, which allows it to stay fresh for longer periods. Cheese can last up to 6 months in the freezer and has a longer life span than paneer does.

If you want to learn how to make your own cheese, you can check out this article we wrote about cheese vs butter. We included a video on how to make cheese at home.

Paneer is made from milk, much like cheese, but it is heated to over 200 degrees Fahrenheit when it is then added to some acid to coagulate the milk. The most common types of acids used are lemon juice and vinegar.

Paneer has a considerably low concentration of fats and calories, so it is good for those who want to watch their weight, or for those who suffer from heart disease.

There is no emulsification when making paneer, so it is a highly perishable product. It cannot be stored for long and needs to be consumed within 3 days usually.

Also known as farmer cheese, paneer does not melt. It is the most popular Indian cheese, and there are a few different forms of paneer as well.

Paneer is also considered cottage cheese in more western countries. In Asia, it is commonly served with masala items, and as a side dish to fried food items such as naan and chapatti.

If you want to learn how to make paneer, watch this video by Rajshri Food:

Health Benefits of Paneer and Cheese

Although seemingly similar, there is a substantial health difference between cheese and paneer.

Nutritional Benefits of Paneer and Cheese

Paneer and cheese have very different nutritional contents as well. Cheese has a high protein content and is a good option for those who want to gain muscle and weight.

The calcium in cheese is also beneficial for those who want to strengthen their bones. Paneer helps to reduce cholesterol levels in the body, making it a good option for those who suffer from heart problems.

How Is Cheese Used in Cooking?

There are so many different types of cheeses, it is difficult to note all the ways it could be used in the kitchen.

For example, blue cheese, which has a high mold content which helps give it a very strong taste, can be eaten on its own with a cracker as an appetizer, or it could be used to create a creamy blue cheese sauce for a pasta or a steak.

Cheddar cheese, which is probably the most commonly used, and most popular type of cheese, can also be used in so many different ways. It can be placed on a sandwich, topped and melted on a pizza, sizzled on a burger or processed and eaten like a cheese straw.

Cheese can be used in so many different ways, and in many households, it is a daily grocery item used in the kitchen, for breakfast, lunch, and dinner.

How Is Paneer Used in Cooking?

Paneer is almost always cooked, although it can be eaten raw. Mostly, paneer is incorporated into dishes to give a soft and creamy texture, however, paneer does not melt.

Paneer can also be used as a filling in a samosa, or chopped up and added to cooked onions and vegetables.

It is an incredibly versatile ingredient, and there are many different ways to incorporate it into cooking, both traditionally Asian, and now in western cooking as well.

Most western countries are familiar with paneer in the form of cottage cheese, which is often used as a spread or dip, but cooking with paneer is definitely growing in popularity, thanks to the rise of Indian cuisine in the west.

Are Paneer and Cheese Vegetarian?

For many vegetarians, finding ingredients to use in vegetarian-friendly diets can be so hard.

Thankfully, paneer is a vegetarian product. It is an unsalted white cheese which is made from cow’s milk and contains no other animal by-product. It suits the meat-free diet of many, especially those living within India.

Cheese, on the other hand, is a little more complicated. One would think that cheese is completely vegetarian, as the only animal ingredient is milk, but this is far from the truth.

With there being so many different types of cheese, you need to be so careful to ensure you choose a cheese that is actually vegetarian-friendly, as many are not.

As an example, parmesan cheese is not vegetarian. The milk is coagulated to produce curds and whey (solids and liquids), and this is achieved by adding rennet to the cheese. Rennet comes from the stomach of newly-born calves who are slaughtered.

There are alternatives such as plant-based rennet or GMO-rennet, but it can be difficult to find these. The rennet from young calves is the best to use, and many cheesemakers would never consider using anything else.

So, if you are vegetarian, it would be safer to stick to paneer, as you can be sure it is acceptable in a vegetarian diet.

Which cheese can be used as a substitute for paneer?

If you eat paneer for a vegetarian purpose, it can be difficult to find a suitable replacement. One option is to make your own cheese at home, which is not too difficult if you have the right ingredients and basic tools.

Is paneer similar to halloumi?

Paneer and halloumi make good substitutes for each other in meals, however, they are not very similar in makeup at all. Paneer is made with high acidity, whereas halloumi has almost no acid in at all. Both high and low acidity help to prevent the cheese from melting.

The cheese not melting makes it popular to use as the main ingredient in a dish, as a substitute for meat and other vegetables.

Which cheese is healthiest?

There are a good few kinds of cheese that are healthy, with a high content of calcium, protein and other beneficial nutrients. These healthy cheeses include mozzarella, blue cheese, feta, cottage cheese, ricotta, parmesan, Swiss and cheddar cheese.

Which milk is best to make paneer?

Many people choose to make their own paneer at home, and it is a fairly simple process. Choosing which milk to use to make paneer is really important to ensure it turns out as great as possible, with the best texture and taste.

The best milk to use to make paneer is full-fat, fresh milk. This can be from a cow, goat or buffalo. The best homemade paneer batches come from non-homogenized, raw milk.

It is best to avoid using skimmed milk, as it will result in a smaller batch of paneer, with a thinner texture and dull taste.

Cheese and paneer may seem very similar to each other, but they are in fact very different. From the way they are made to their ingredients, health benefits, and nutritional content, the two products deserve to be in their own categories.

Paneer is best used in cooked dishes and is suited for those who are looking to avoid extra calories, and cheese is used raw or in cooked meals and has a high calorie and fat content. Paneer has a short shelf life where cheese can last considerably longer.

Cheese and paneer can both be used to make exceptionally delicious meals, which is one thing they do have in common.

Can You Freeze Cabbage Soup? – The Best Way