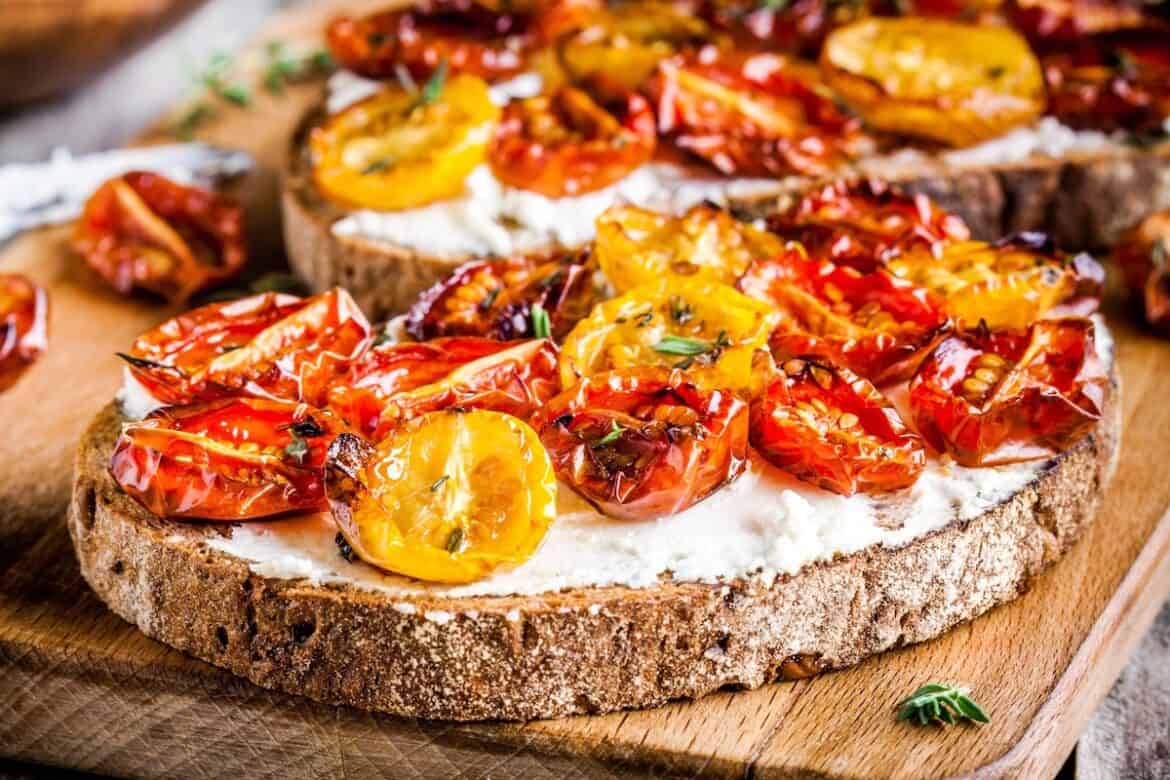 There may come a time when you find yourself without sun-dried tomatoes on hand. If that happens, then it would serve you well to think on your feet.

After all, as any experienced home chef would tell you, sometimes you just have to cook with what you have lying around.

Luckily, we’re here to make things simpler for you. We’ve come up with this handy guide to help you find which ingredients work best as sun-dried tomato substitutes for specific recipes.

This way, you will no longer have to go through the grueling process of trial and error. So, be sure to keep reading!

After all, we need to understand what exactly they bring to the dish before we even start the discussion of how to replace them.

Sun-dried tomatoes have an interesting history behind them. They were a product of necessity rather than want.

This is because farmers were looking for different ways to extend the longevity of their crops – their primary source of livelihood. To do this, they started dehydrating tomatoes on their rooftops.

What they didn’t anticipate was the effect that it would have on the tomatos’ flavors. The dehydration process helped create this incredibly tart and concentrated flavor that is distinctive of sun-dried tomatoes.

Moreover, they have this intensified sweetness, chewy texture, and unique taste that is simply unmistakable.

Of course, there has been significant development since tomatoes were first dried out in the sun. Nowadays, most manufacturers use a dehydrator to do the job, but there are still traditionalists who still use the old method of leaving them out in the sun.

There are actually a few major differences in these processes, and each produce tomatoes with different flavors and textures. If you’re interested in this topic, we have another guide on the difference between sun drying and dehydration.

Either way, sun-dried tomatoes are incredibly popular components for a wide array of dishes. They can even be eaten as antipasto or appetizers along with various cheeses and meats.

We have listed down some of the recipes which use sun-dried tomatoes:

The list above is far from a comprehensive one. After all, most of the dishes above can be cooked in a myriad of different ways. However, it should give you an idea of how versatile sun-dried tomatoes actually are.

Aside from their flavor, there is another reason why sun-dried tomatoes are so popular. Namely, the nutritional value it brings to the table.

Like with everything else that we consume, this is one aspect of sun-dried tomatoes that is worth looking into.

Tomatoes are a great source of vitamin C. They can even stand their ground when compared against oranges. Unfortunately, most people don’t realize that they are also a great source of other vitamins and minerals.

For instance, they have high levels of vitamin A, iron, and magnesium, just to name a few.

Sun-dried tomatoes are said to have a distinct advantage over other kinds of tomatoes. This is because the drying process lets them retain more antioxidants and vitamins than they otherwise would have.

Now that we have a better idea of what sun-dried tomatoes are and what they bring to a dish, the next question that will inevitably arise is: why replace them?

Listed below are some of the most common reasons home chefs opt to substitute this ingredient.

These are just a couple of the reasons why you may want to choose sun-dried tomato substitutes for your recipe.

If you find yourself in similar straits, then knowing which ingredients work and which don’t will make things that much easier for you.

So, before we delve in, it is important to note that finding substitutes for sun-dried tomatoes is easier said than done.

To do this, we’ll start working our way backward. To be more precise, we’ll focus on the most important aspects of sun-dried tomatoes: their flavor and texture. After all, these are the major things that we notice whenever we eat anything.

Let’s define the distinctive attributes that we’ll be focusing on:

You must remember these things going forward. We can’t overstate the importance of a food’s taste and texture, as they ultimately define the kind of eating experience you will have.

This is the approach that we used to determine which ingredients work well as sun-dried tomato substitutes and which don’t.

Our recommendations are based on how well these ingredients give you an approximation of how sun-dried tomatoes taste and feel in your mouth.

One of the most common uses for sun-dried tomatoes is as a vital ingredient for red sauces. That is why we deemed it necessary to start here.

For this type of recipe, we have a couple of recommendations that we think you should look into.

Here are some substitutes for sun-dried tomatoes in sauces:

Needless to say, this is crucial if you are working on your marinara sauce or other red sauces for pasta.

You can use canned tomatoes for pizza sauces as well. Presented below is a simple guide on how you can replace sun-dried tomatoes for recipes like these.

It is also worth noting here that not all canned tomatoes are made the same. That is why you need to read the label closely.

The guide above works on the assumption that you are using canned plum tomatoes or Italian San Marzanos for your sauces. After all, they are the juiciest and most flavorful varieties around.

That said, you should also be mindful of the sauce’s consistency. If you feel that it is still too thin, then you shouldn’t hesitate to put in a tablespoon or two of tomato puree.

This should give you enough room to make the necessary adjustments to your recipe.

Salads serve as another popular use of sun-dried tomatoes. They are mixed with green and leafy vegetables in order to lend the dish some much-needed acidity and flavor. After all, these are two things that sun-dried tomatoes have in excess.

However, some people find the prospect of adding sun dried tomatoes to salads a bit much. They find the flavors overwhelming, if not totally unappealing given the fact that the dish is supposed to be a light experience.

If you find yourself agreeing to this assessment, then you should consider using fresh tomatoes or cherry tomatoes instead. Indeed, they are the best choice for the job.

Not only are they much juicier than their sun-dried counterpart, but they also give you a more subtle flavor profile that you will undoubtedly enjoy.

In addition to this, we also suggest that you put a splash of lemon or lime juice to your salad. They work well with the fresh tomatoes in terms of giving your salad an additional boost of acidity without overpowering your senses.

Another common use of sun-dried tomatoes is for antipasto. They are often served in a platter along with a host of other delectable foods like cheeses, meats, and other appetizing vegetables.

So, if you do not have any sun-dried tomatoes on hand, rest assured that there are is no shortage of possible substitutes.

Listed below are just some of your options to choose from:

The ingredients above were chosen because of their similarity in terms of acidity and the strength of their flavors.

Soups are another popular use for sun-dried tomatoes. Similar to sauces, they lend the soup some much-needed acidity.

At the same time, they are also responsible for creating that level of viscosity and distinctive consistency that you would come to expect from soups.

It only makes sense that you should use tomato puree as a practical solution to your problem. Tomato puree arguably has the same intense flavors that sundried tomatoes are known for.

Moreover, they also provide the soup with the desired consistency it needs. So, they are the perfect substitute in cases like this.

So, there you have it. Our guide to replacing sun-dried tomatoes. Make sure to remember these the next time you need to find a good substitute for your recipe.

Up Next: The 11 Best Vegan Pizza Toppings

Can You Use Jute Twine For Cooking? – What To Use Instead

Do Oats Come From Wheat?