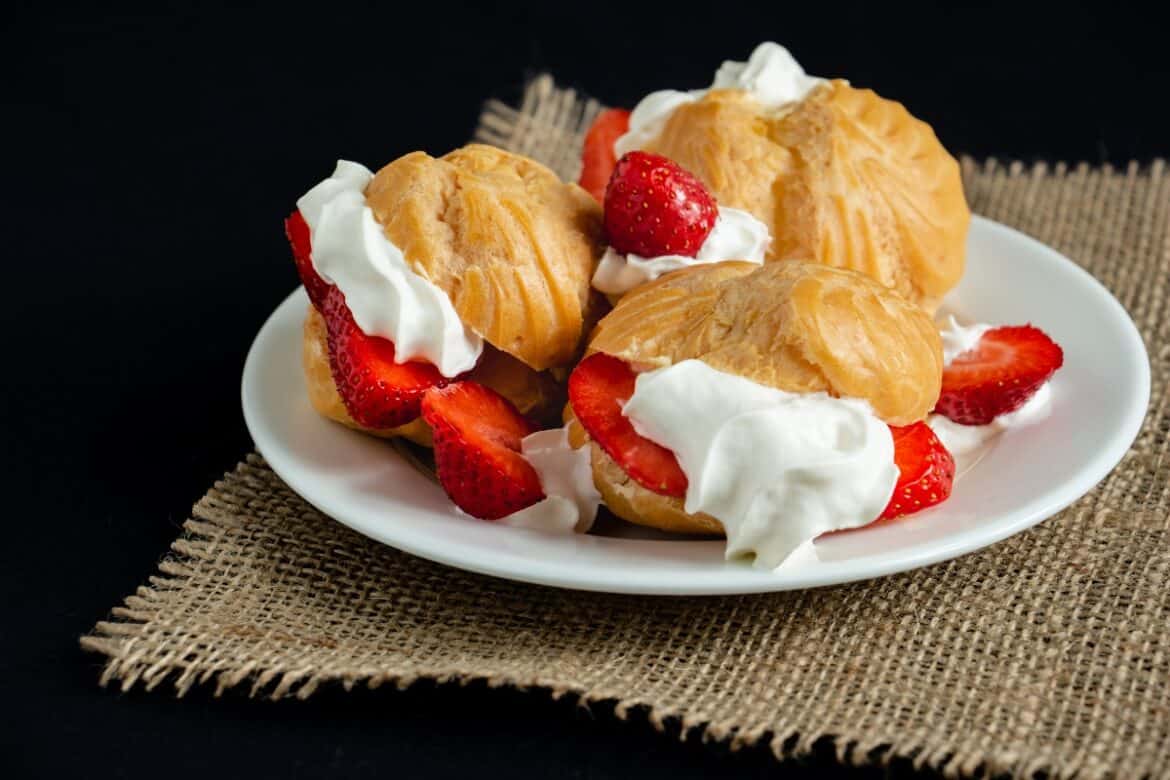 If you’re a fan of baking or desserts in general, you most probably must have used Dream Whip as a topping.

It is easy to find and super simple to use, but if you can’t get your hands on it, what can you substitute it with? Luckily, there are several great options.

Read on to find out more about the best substitutes for Dream Whip, how they taste, how they compare to Dream Whip, and much more:

What Is Dream Whip?

Dream Whip is a whipped topping mix launched in 1957, currently owned by Kraft Foods company. It has a rich flavor and smooth texture that you usually won’t find in store-bought whipped toppings.

It is typically prepared by mixing cold milk and vanilla and tastes just like real whipped cream. In fact, it produces a lighter and fluffier result.

You can prepare it in just a couple of minutes and use it as the perfect dessert topping for pies, cakes, pudding, tarts, and other desserts.

To prepare it, mix a packet of Dream Whip in cold milk and vanilla in a large bowl using an electric mixer on low speed until it is properly blended.

Beat it on high speed for an additional 4 minutes until the mixture thickens and stiff peaks start to form. You can refrigerate the bowl and beaters before mixing the ingredients for better results.

Dream Whip is shelf-stable, which means that in its dry and unopened form, it should last for years. You can easily buy Dream Whip at the supermarket and in online stores.

If you do not have Dream Whip at home and need it for a dessert, you don’t have to rush to the supermarket to get some. There are several great substitutes that you can use in its place such as:

Whipped cream is essentially heavy cream that has been beaten until it turns light and fluffy.

Often confused with “whipped toppings” such as Dream Whip, whipped cream is made with only heavy cream, sugar, and oftentimes vanilla for added flavor.

It is thicker and has a higher fat content than Dream Whip and can be used as a topping for cakes, pies, ice cream, coffee, and hot chocolate.

You can buy ready-made whipped cream or make it yourself at home using a mixture or blender. When making it from scratch, it is best to add a little gelatin or lecithin to stabilize the consistency.

The issue with whipped cream is that it can become runny if it is left out for too long and may not work best with hot desserts.

Compared to whipped cream, stabilized whipped cream has stiff peaks and a texture that won’t collapse at room temperature or in heat.

This makes it a great substitute for Dream Whip as it allows for easy piping without sacrificing its taste or light and airy texture.

There are several methods for stabilizing whipped cream, of which some of the most common ones include whisking in cornstarch, cream of tartar, cream cheese, gelatin, or milk powder.

You can experiment and find out which method works best for you and your recipe.

Cool Whip is another whipped topping manufactured by Kraft Foods, which is very similar to Dream Whip except that it is frozen.

It does not require any mixing or whipping and can be used as a topping for drinks and desserts. It can maintain its texture without melting and is a great alternative to Dream Whip.

Compared to fresh creams, Cool Whip has a higher shelf life as it is frozen. It was initially marketed as a non-dairy product. Now it contains a small amount of heavy cream and skimmed milk.

You can find it here on Amazon.

Liquid heavy cream can also be used as a great substitute for Dream Whip. It offers the same amount of fluffiness and a similar texture.

You can use the same amount of heavy cream as Dream Whip to top your cakes, pies, and other desserts.

Although more calorie-intensive, it does not have any added stabilizers and is, in fact, a healthier and all-natural alternative to ready-made whipped toppings such as Dream Whip and Cool Whip.

Swiss meringue buttercream is a less sweet frosting made with cooked egg whites, sugar, butter, salt, and flavorings such as vanilla.

It is typically used to decorate cakes and other desserts to elevate their taste, appearance, and texture.

It is quick and easy to make, remains stable at any temperature, has great uses, and is a great substitute for Dream Whip for baked goods.

If you are looking for a vegan substitute for Dream Whip, you may consider one of the many delicious plant-based alternatives such as coconut whipped cream.

It has a smooth and silky texture and can easily be substituted in place of Dream Whip or regular dairy-based whipped cream.

You can make coconut whipped cream by mixing unsweetened coconut cream, powdered sugar, and non-dairy milk powder. When using it in place of Dream Whip, use the same recommended amount.

As most plant-based options are lower in fat, they may not taste as rich and buttery and you may get a slightly nutty flavor.

If you do not want to go for any of the options listed above, you can easily make your own Dream Whip at home using a handful of ingredients.

The result is a light and fluffy alternative to the store-bought variety without the added chemicals and preservatives.

Here are the ingredients you’ll need to make delicious Dream Whip at home:

If you look closely, you’ll see you probably have most of these ingredients on hand.

How To Make Homemade Dream Whip

Here are step-by-step instructions to make your own homemade Dream Whip:

Note: You may transfer it to an airtight container and refrigerate it for up to 2 weeks. You may even freeze it for as long as 3 months.

Now that you know all about the best substitutes for Dream Whip and how to make your own Dream Whip at home, here are a few additional questions we thought you might have:

Although Dream Whip is considered to be in the non-dairy category, if you look closely at its ingredients list, you will find ingredients that are sourced from milk such as sodium caseinate and whey.

Dream Whip is extremely convenient and easy to prepare, and can be used as a topping for so many delicious desserts.

It is, however, full of chemicals and additives that can be harmful to health in excess. It’s also full of sugar and fat that isn’t necessarily good for you either.

Dream Whip is not something you should eat all the time, but is okay for most people as part of a varied diet full of other more nutritious foods.

How To Make Dream Whip Thicker?

You can thicken Dream Whip by using the same tricks you would use to thicken or stabilize whipped cream.

The 9 Best Whipped Cream Substitutes
Can You Whip Light Cream? – How To Do It Right