Can You Refreeze Cool Whip? 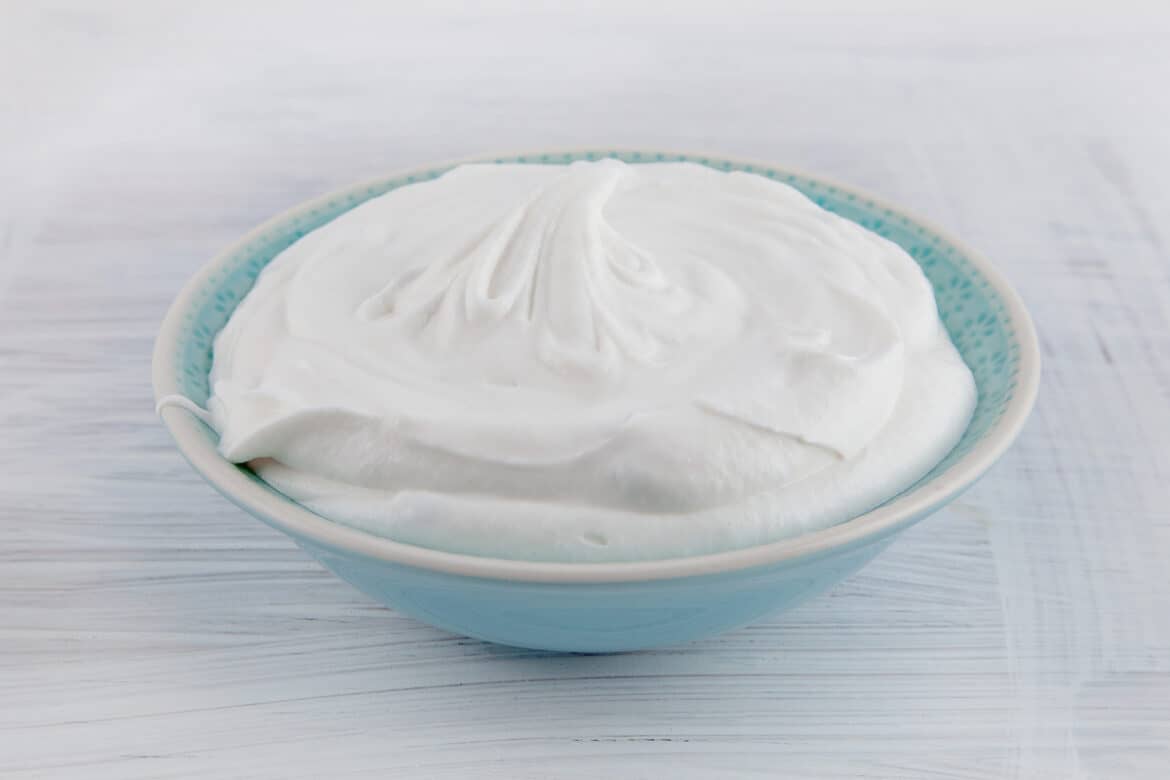 The taste of Cool Whip is nostalgic. This creamy, fluffy, and easy-to-use whipped cream is everything you need in a tub. But some people still have questions about this product.

Can you refreeze Cool Whip? Yes, you can refreeze Cool Whip and most other imitation whipped creams. The key is to simply thaw it carefully before using so that it can be refrozen well. If you intend to refreeze your Cool Whip, it is best to thaw it in the fridge every time you decide to use it.

After all, Cool Whip is sold frozen. If you leave some Cool Whip in the tub, you can go ahead and refreeze it. The important thing is thawing it properly.

Keep reading to learn more about Cool Whip and what are some methods you can use to defrost it.

What Is Cool Whip?

If you don’t know what Cool Whip is and you have just bought a tub because the recipe calls for it, you may be wondering what’s so different about it.

Invented in 1966, Cool Whip can be described as stabilized whipped cream. Cool Whip is the name of the American brand that produces this whipped cream topping.

Cool Whip was a real life-savor back in the 20th century (and now too), as whipping cream by hand takes a lot of time and effort.

If you think about it, isn’t it ideal to have a cream that already comes whipped? Open the tub, take a spoonful, and top your desserts with a delicious and light whipped cream. Or dunk some strawberries in it for the ultimate sweet snack.

You will be surprised to learn that two of the primary ingredients in cool whip are water and air. If you decide to go with Cool Whip instead of whipping some cream yourself, consider both the benefits and the drawbacks.

Cool Whip is easy and you can achieve the look of a textbook-perfect cream pie with it. But it contains lots of added ingredients. These include vegetable oils, corn syrup, skimmed milk, cream, and a range of other natural and artificial additives.

The taste of Cool Whip is different from the taste of regular whipped cream. This can be explained by the fact that it contains less than 2% of light cream.

With this being said, if you are not particular with the ingredients of products you use, having a tub of Cool Whip in your fridge is a good idea.

How Do You Use Cool Whip?

Cool Whip is frozen when you buy it. If you intend to use it, you should let it thaw first. Once thawed, imitation whipped cream is creamy and spreadable. And yet, it holds its peaks and doesn’t lose shape or melt.

Cool Whip is used to top pies, cakes, and other baked goods. It can also make easy no-bake desserts with the help of a few ingredients, such as crackers and fruit.

How Long Does Cool Whip Last?

Additionally, the shelf life of Cool Whip stored in the fridge is a lot shorter. It will last for 7 to 14 days in the fridge. The freezer, on the other hand, will keep it good for up to 4 months, even if the tub has been opened.

Can You Refreeze Cool Whip?

At the time when Cool Whip first appeared in the market, it spread easily through the US. The secret of it being distributed all across the country with no issues was that it could be frozen, thawed, and refrozen. And the quality didn’t suffer.

In this case, defrosting frozen imitation whipped cream in the fridge is the best option.

If you do a poor job at defrosting your Cool Whip and end up with flat and non-fluffy whip, don’t refreeze it. Refreezing won’t help the situation. The whip will be flat when you defrost it again next time.

This is why it’s important to thaw imitation whipped cream properly, so you don’t ruin it’s delightful, fluffy texture.

How to Thaw Cool Whip

There are four ways you can thaw frozen Cool Whip. You can thaw it in the fridge, at room temperature, in the microwave, or cold water.

Choose a method that works for you depending on how much time you have and how much of it you are going to use.

This is the best method to defrost Cool Whip. However, this method works only if you have time or know in advance that you will need your cool whip defrosted.

One thing you should know about thawing food at room temperature is, don’t do it if you don’t need to. Drastic temperature changes are not recommended for food.

But if you need your Cool Whip defrosted quickly, thawing it on the counter is an option:

The microwave will always save you time in your defrosting tasks. Follow these steps to quickly thaw Cool Whip in the microwave:

The key is not to skip the stirring part. Otherwise, you will end up with a tub of unappealing liquid. Make sure you are stirring the whip gently, so you don’t cause it to lose its fluffiness.

If you are not about taking risks, then thawing Cool Whip in cold water is the method for you. Just follow these steps:

Can You Freeze and Refreeze Homemade Cool Whip?

If Cool Whip isn’t available at supermarkets or you simply want to know what exactly goes into your food, you can make an imitation whipped cream at home.

All you need is water, unflavored gelatin, powdered sugar, vanilla, and of course, whipping cream. This is the easiest Cool Whip you can make at home.

You can freeze homemade Cool Whip, but do not attempt to refreeze it.

The consistency of the whip may undergo changes as a result of freezing and defrosting. Thus, if you are planning to use it for decorating purposes, it is best to make a new batch.

You can also go for complicated homemade Cool Whip recipes. These include powdered milk, corn syrup, use of a thermometer, and perfect timing.

You can store Cool Whip made this way for 12 weeks in the freezer and use it the same way you would use store-bought cool whip.

For added stability of homemade Cool Whip, cream of tartar is usually added. This is actually a powder used to stabilize whipped cream and whipped egg whites.

However, if you are going to freeze homemade Cool Whip, you should actually avoid using cream of tartar in it. While imitation whipped cream with cream of tartar turns out very stable, it doesn’t take freezing and defrosting well.

Up Next: Can You Freeze Buttercream? – Step By Step

Can You Freeze Powdered Sugar?

Can You Freeze Corn Chowder?