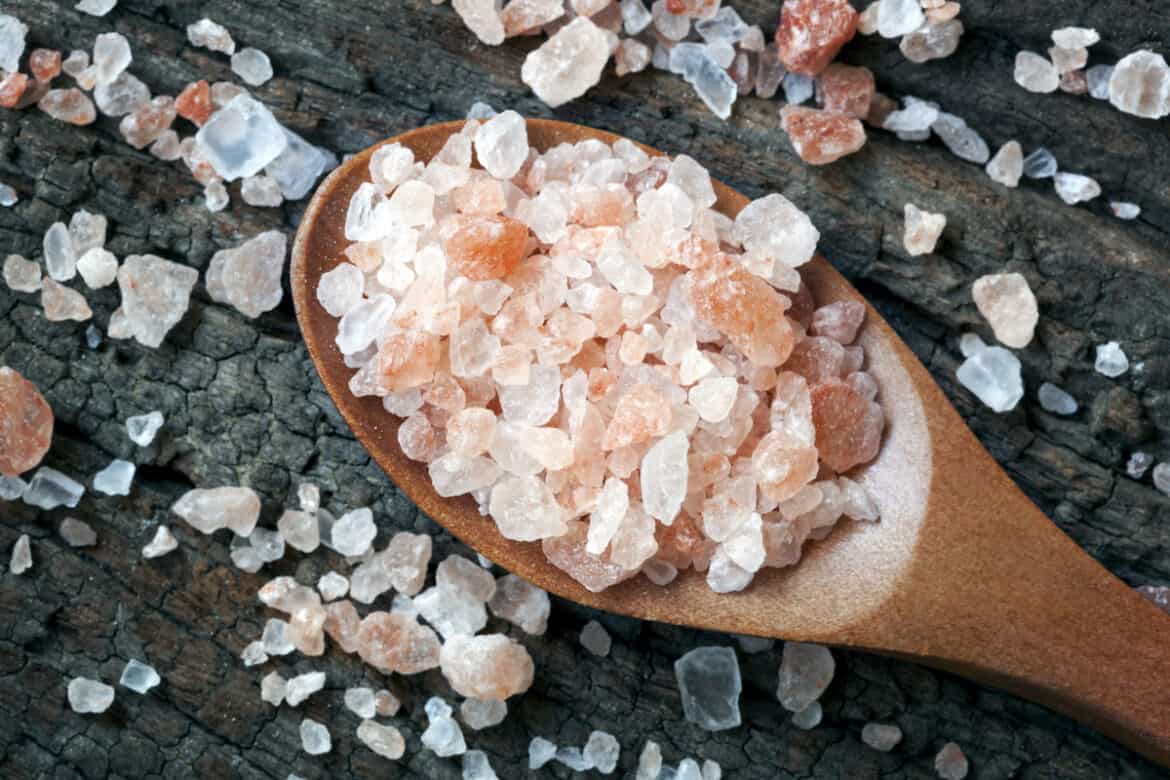 Rock salt has recently gained popularity in the culinary world. It was usually used to help freeze ingredients faster, however, today more and more edible versions have emerged.

Unfortunately, it is still a pretty rare product to come by, which is why we have researched all the possible substitutes you can use!

In today’s article, we will look at the many easy-to-find substitutes for rock salt.

Not only will we discuss exactly what they are, but also where they are best used, how to use them, and what makes them unique. We can all but guarantee that you will find a suitable substitution here!

What Is Rock Salt?

Somewhere along your culinary journey, you have probably come across a recipe or two that mentions rock salt. But, surprisingly few people actually understand what it is.

Rock salt is a common name for “halite,” a type of salt that has the same chemical composition as regular fine table salt, sodium chloride. This salt forms isometric crystals. This is just a fancy way of saying that the granules have a cube-like shape.

It comes in a wide range of colors depending on its mineral content. More often than not, rock salt is either white or completely clear, but you can also find it in blue, purple, pink, red, orange, yellow, or grey.

The white or clear rock salt that you probably know has been refined and processed to a certain degree. Usually, rock salt isn’t edible because of the impurities it contains when it is unprocessed, however, recently more and more manufacturers have brought out edible rock salt.

Never use rock salt that isn’t labeled as edible! Rock salt is commonly used to help melt ice in frosty parts of the world. This is a process called de-icing and is applied in many industries. This salt is also popular to help clean oil spills.

Naturally, we will be talking about the edible kind of rock salt and how it can be substituted.

How Is Edible Rock Salt Used?

Salt has always been an extremely essential ingredient in the kitchen. Not only is it used to help add or balance flavors, but it is also used as a preserving ingredient!

There are two ways in which rock salt is used to help preserve ingredients and even meat.

The first is by using it dry. The salt is added over the ingredient and helps draw out the moisture inside, essentially drying it out. Bacteria requires moisture to survive, so without it, cultures cannot grow or multiply.

Simultaneously, it creates such an inhospitable environment for most microbes that even with moisture, they cannot live.

This is what happens when salt is used in a brining liquid (a salty liquid) – the wet curing method.

The ingredients are placed inside a highly salted liquid (it can even be plain water). While the salt does extract moisture from the ingredients, the liquid is placed back inside to create a juicy and crisp texture.

2. As A Flavoring Ingredient

As a flavoring ingredient, rock salt is more often ground into a finer salt than used whole. This makes it easier to control the amount of salt you need and avoid over-salting your food.

In our opinion, rock salt is stronger compared to fine table salt and should be used in moderation for health reasons. You can then use the ground rock salt in virtually any dish, both savory and sweet.

It can be used in sauces, as part of seasoning ingredients, as a flavor enhancer, in baking to help control yeast and to enhance the sweet flavors, in snacks and treats, and much more – the possibilities are endless!

While there are a few substitutes you can use for rock salt, some work better for certain functions than others. And, some substitutes are simply too expensive to use in certain ways.

If you want to use the substitute to help cure food, choose something that is easy to find, easy to substitute, and isn’t too expensive – in fact, the cheaper the better!

Not to sound too unattached to rock salt, but for curing, salt is salt. Most of the flavor comes from the additional flavoring ingredients like spices, herbs, and general aromatics.

While certain salts will add some sort of unique flavors when used to preserve an ingredient, rock salt isn’t one of these.

If you are using rock salt as a flavoring substitute, then definitely don’t simply use table salt. Rock salt still has some mineral content inside even if it has been processed to be edible. So, the best substitutes would be something with some sort of mineral content.

Also consider how the salt is used in your recipe. Like we have mentioned, rock salt is usually placed inside a salt grinder and used like that.

To make your life easier, choose a substitute that can be used in a similar way. This will make it easier to stay consistent in the amount you are using.

Below, we have compiled some of the best rock salt substitutes for virtually any use! We will discuss each in-depth, including where you can find them and where they are used best.

Kosher salt is arguably the best choice as a substitution for rock salt. Kosher salt is a naturally occurring mineral that also has larger salt crystals that are generally more plate-shaped than cubed. Some even describe it as pyramid-shaped.

It is considered to have a very clean and unprocessed flavor. Kosher salt doesn’t (or at least shouldn’t) contain any additives like anti-caking agents or iodine – in this way it is very similar to rock salt!

Kosher salt can be used as a preserving substitute or a flavoring substitute. Because of the larger crystals, they won’t dissolve as quickly and make a fantastic dry curing salt. And, for flavoring, they can also be placed into a grinder or used as-is.

It is a salt that is very easy to find and at a very affordable price, possibly even cheaper compared to rock salt itself.

We have all heard of the wonders of Himalayan pink salt. This salt, while primarily consisting of sodium, also contains traces of minerals.

These minerals are what gives it that unique pink color. In this way, Himalayan pink salt is similar to rock salt and should only (in our opinion) be used as a flavoring substitute.

Himalayan pink salt also has larger salt crystals that have a similar shape to that of kosher salt. The size of the grains, however, is very close in size to that of rock salt. This salt can be used in a one-to-one substitution.

Because this salt is usually imported from Pakistan and has well-known health benefits, it comes at a more expensive price. It would be a waste of money to use it as a curing salt.

Maldon salt is an extremely unique salt that is harvested from seawater. This salt is imported from the UK and has very large and very beautiful snow-like crystals.

Maldon salt differs from regular sea salt flakes in that its crystals are much larger and it is generally much more expensive.

We would highly recommend using Maldon slat as a finishing salt only (added at the end of a recipe) as it is extremely salty. This salty flavor develops as the food cooks or is baked, so just use it with a light hand.

You can use about half the amount of Maldon salt or sea salt flakes compared to rock salt. You can always add more if you have the need to.

While coarse salt usually refers to any type of salt that is larger than fine salt, it is actually a type of salt on its own. It isn’t salt flakes, or rock salt, Maldon salt, or Kosher salt.

Coarse salt is the thicker version of regular table salt before it is refined. You get varying textures, but they are all relatively gritty and not flaky at all.

This salt works best as a cheap alternative for curing salt. You can substitute rock salt with coarse salt in equal parts and it is also much more affordable and easier to find.

This should be an absolute last-resort substitution, as table salt only shares a chemical composition with rock salt – nothing else.

It is a very refined salt, has virtually no minerals, and is much less salty. But, it makes a great (last-resort) substitute for rock salt as a flavoring ingredient. And, it can be used in both savory and sweet recipes.

You don’t have to grind it before using it, and it is very affordable and easy to come by – you probably already have some at home!

Up Next: Best Salts For Steak

What Is Ice Cream Salt?