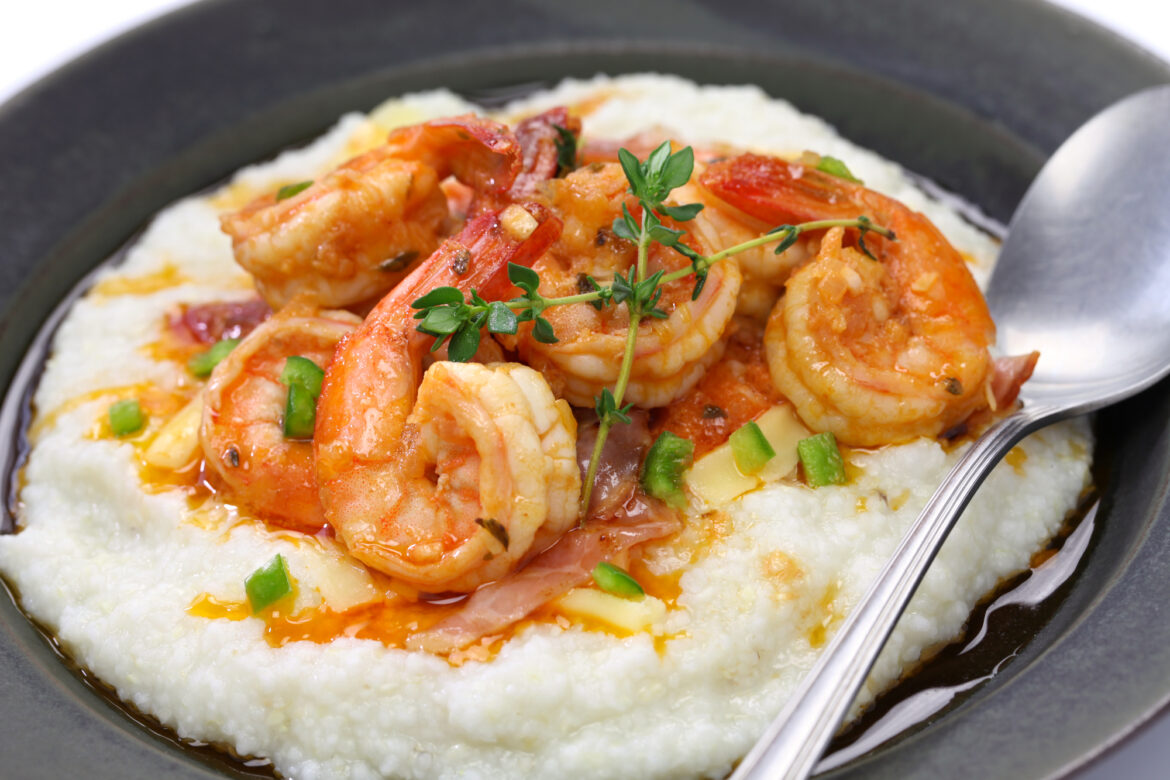 Grits is a very popular dish served in the American south! As it can be served as either a breakfast meal or a side dish, it is fairly versatile.

To help you make the best of a meal, even when the grits are missing, we have gone through and listed the best substitutes for grits!

Down in the south, grits are a staple food item — breakfast or brunch is just not the same without it!

Grits are wonderfully easy to prepare, filling, and can have such a delicious flavor.

Grits are similar to polenta in that they are both made from stone-ground corn. The starch content contained in grits gives them a delightfully creamy flavor and soft texture!

They come in either white or yellow (depending on the type of corn that was used) and can be baked or boiled using either milk or water to rehydrate them.

Shrimp n’ grits is an insanely popular main dish in Cajun cuisine, while cheesy grits are a great way to start your day.

Other than being great to have for breakfast, grits also make a great side for grills and other main dishes, and it can be given more of a savory flavor for this.

The Best Substitutes For Grits

While you might never want to give your grits up and use anything else in its place, you might find yourself short on grits one day and in need of a good substitute!

So, if you were wanting to make some grits, but you can’t find any, you would be needing a good substitute to use in its place.

Think about the texture and taste you would be happy with when using a substitute for grits, and choose the one that suits this best.

Here are some of the best substitutes for grits, whether you need something for breakfast or a little more savory to serve as a side dish!

Polenta is possibly the most popular substitute used for grits, and the two are often used in place of each other.

Using polenta gives you a very similar taste and texture to grits, although polenta does have a slightly finer texture (this doesn’t often pose too much of a problem).

Polenta comes from Italy and is made from coarse ground corn called flint. It is a hard starch that has quite a unique texture when it is cooked, and it retains its texture quite well, while still being soft and creamy.

Polenta is best when served warm and creamy, but it can also be cooled down and set in place, and then sliced and fried. This means it can also be used for both breakfast and as a side dish for a main meal!

For cooking savory polenta, it can be cooked with some stock, herbs, or cheese to add flavor to the creaminess.

You can find polenta dry, in a tube form, cooked, or packaged up tight.

Cornmeal is another option that is very similar to grits.

The main difference is that cornmeal has a finer texture, but this just means that the resultant dish is creamier and smoother.

However, you can find cornmeal in different forms, whether it is medium, fine, or coarse, and you can pick the one that would suit your recipe best!

Cornmeal is both granular and powdery, similar to grits, although the results will be smoother and finer. It is quite versatile since it can be cooked on its own, added to certain recipes, or even used when baking bread or other baked goods!

Since cornmeal is so versatile, even being used to make cornbread, it works as a great substitute for grits and can take its place quite easily as a side dish!

Hominy is often referred to as a type of grits, so it logically then makes a good substitute when you do not have any grits available!

Hominy has a white color, as it is made once the germ and corn hull is removed, which is slightly different from grits.

Technically, hominy is nixtamalized corn that can be used to make grits, but there is a little more processing that needs to be done.

Hominy takes quite some time to cook, often needing around 2 hours to become chewy and tender.

Hominy will be larger than grits pieces, but cooked with similar ingredients, it can taste very similar to grits and be used in its place as a side dish!

While southern stone-ground grits are technically still grits, they are different and need to be treated differently too!

You can use southern stone-ground grits just about exactly the same as regular grits, whether it is for breakfast or as a side dish, with all your favorite ingredients added in.

The difference between the two is that southern stone ground grits have a coarser texture, and are more rustic with a more earthy taste. It is made by grinding dried corn between two pieces of stone and is a very traditional processing method.

One thing to note is that southern stone-ground grits do not have the long shelf life that normal grits do, so they must be used quite soon after buying them.

There might be a few different tweaks and changes you will have to make when cooking southern stone-ground grits than when cooking normal grits, but it will be very similar in the end!

Oats are a popular breakfast food and for this reason, they can be substituted in place of grits if you need something to bulk up your breakfast.

The texture and taste of oats are different from that of grits, as it is made from a cereal plant, whereas grits are made from corn.

You also get different types of oats, such as milled or rolled, but these can be cooked up and served either sweet or savory at breakfast time.

You won’t be able to use oats as a grits recipe when making a side dish, but just for breakfast time, these are a great option!

Semolina is a slightly tricky one, as it will have a similar texture to grits, but a different taste.

Semolina is a flour made by grinding down durum wheat kernels. The resultant flour is slightly coarse and has a similar texture to cornmeal.

You can cook semolina both sweet and savory, so it can substitute grits at any time of the day!

Couscous is quite different from grits, but when you have no other substitutes available, it can be used in its place.

The best way to use couscous in place of grits is when you are making a savory side for a meal.

Couscous can be made quite dry, but it can also be made creamy too, which is where it can be similar to grits.

Couscous is made from durum wheat flour. It doesn’t have much flavor, so you can alter how it tastes by adding in your favorite ingredients.

It does have some nuttiness to it, which can be complemented by combining it with certain ingredients.

You will not be able to use couscous as a substitute for sweet grits, but it works well for savory grit substitutes.

Now that we’ve learned all about grits and the best substitutes for them, here are some related questions we thought you might have.

Is cream of wheat the same thing as grits?

Cream of wheat might look similar to grits, but it is not the same thing. Cream of wheat is made from wheat middlings and is a breakfast porridge. It is smoother than grits and has a different taste, as it is not made from corn.

Is it healthier to eat grits or oatmeal?

Both oatmeal and grits are considered healthy when consumed in moderation, but oatmeal is slightly healthier, as it has more nutrition than grits. Grits are made from corn kernels that have had the bran and germ removed.

Are grits good for blood sugar?

Grits are high in carbs, so they can increase blood sugar, but they can be enjoyed in moderation without too much of an effect.

Grits Vs Farina – What’s The Difference?

How To Thicken Grits – The 3 Best Ways

How To Reheat Grits (The Right Ways)

Hot Sauce On Ice Cream (Is It Worth Trying?)